You Me At Six – European Youth Tour

Charlotte Music, Other
You Me At Six are, without a doubt, one of my
favourite bands out there at the moment. I’ve seen them twice before, back in
the U.K., but it’s been two years since the last time, so I was quick to get
hold of tickets for their European Youth tour.
The show was in Paris, a venue called Le
Trabendo. It’s a pretty small room, with a capacity of around 700 (and sold out
that night), which is far smaller than the previous You Me At Six shows I’ve been to. I
was glad of this though, as small, intimate gigs are easily my favourites, no
fuss or complexity, and more focus on the music itself. It also allowed me to
get far closer to the stage than usual, so I was only a few people from the
front, and as the stage wasn’t raised much, you felt incredibly close to the
band. 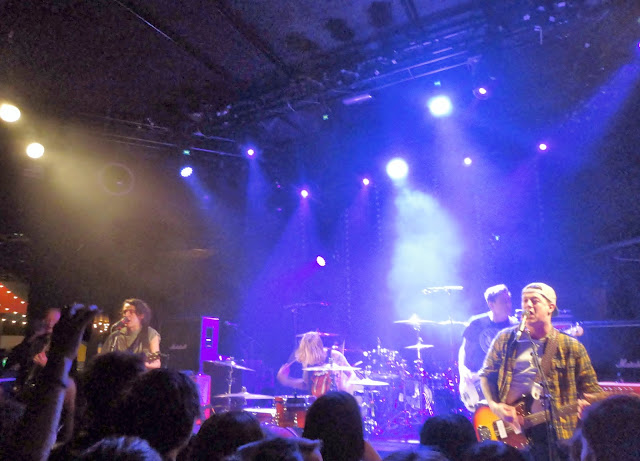 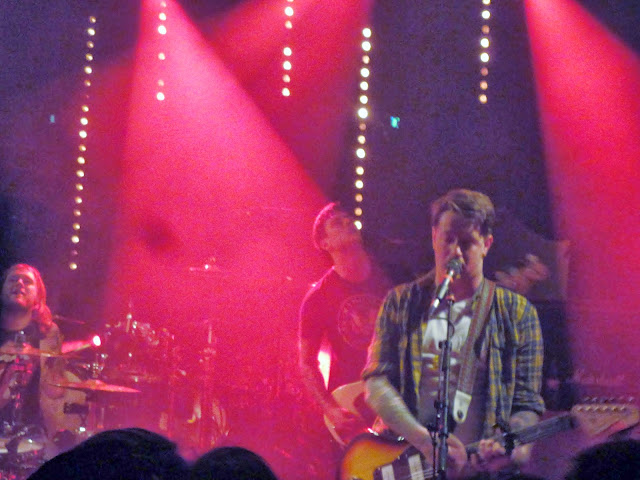 The support act was Deaf Havana, another
of my favourite bands, and I was very excited when this was announced a few
weeks ago. Their set was excellent, and I loved getting to hear their newer
stuff live (I’ve seen them once before, about two years ago as well). They’re a
very talented group of musicians, and certainly don’t disappoint live. I
thought the crowd took a little while to get into it, but that may just be
because I was familiar with their music, while many others there were probably
not. There were clearly a few fans though, as someone passed them a sign
reading “France loves Deaf Havana”, and James told the crowd he was thoroughly enjoying
this show (especially after informing us he’d thrown up just a few minutes
beforehand). It’s always lovely to hear a band so grateful for the support they
receive like this too. There was also some joking concerning the fact that Tom
managed to drop a drumstick down his back! 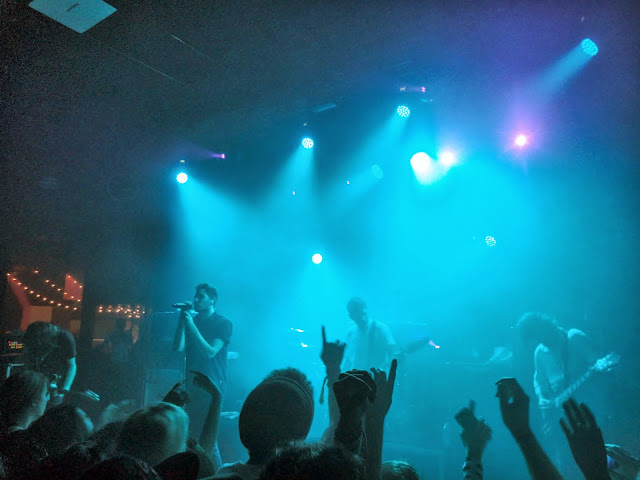 However, if I thought the crowd were a
little sedated during the opening act, they sure as hell proved me wrong when
You Me At Six came on. The whole room stepped up a level and went completely
mental, bouncing and jostling and cheering their heads off. I was pretty
surprised by this, as were the band themselves, but it made for an amazing
atmosphere, and everyone was enjoying themselves too much to care about being
knocked around a bit. I did steer clear of the pit though! 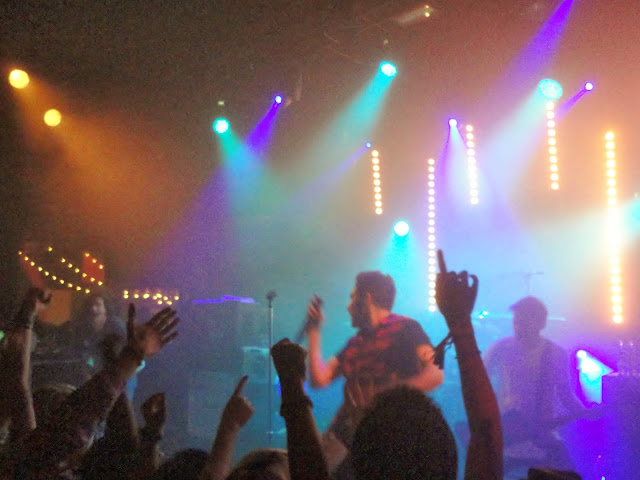 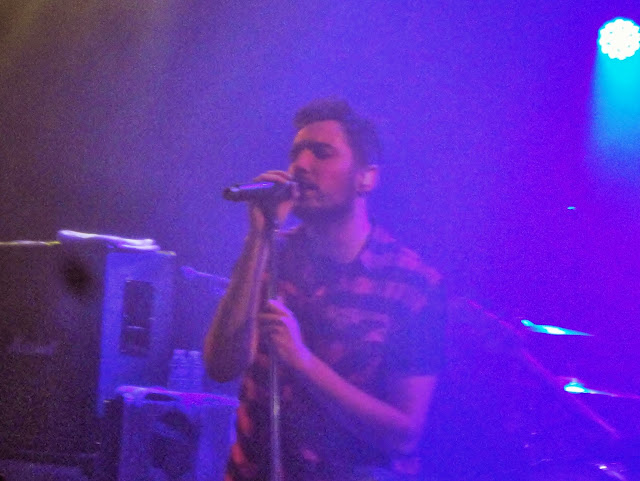 The show was incredible from start to
finish. You Me At Six kicked off with “Too Young to Feel This Old”, which set the mood
for the rest of the night. They played a great selection from Cavalier Youth,
as well as the most popular tracks from their previous records, such as “Loverboy”
and “Underdog”. The encore of “Reckless”, “Bite My Tongue” and “Lived A Lie”
was complete insanity and perfection in every way. Despite Cavalier Youth not
being out yet in France, everyone knew every word to all the songs. The band’s
energy easily matched the crowd’s, and such a great reception makes any band
perform better. The crowd response can make or break or show, and I’m certain
that they were one of the reasons I enjoyed this gig so much. 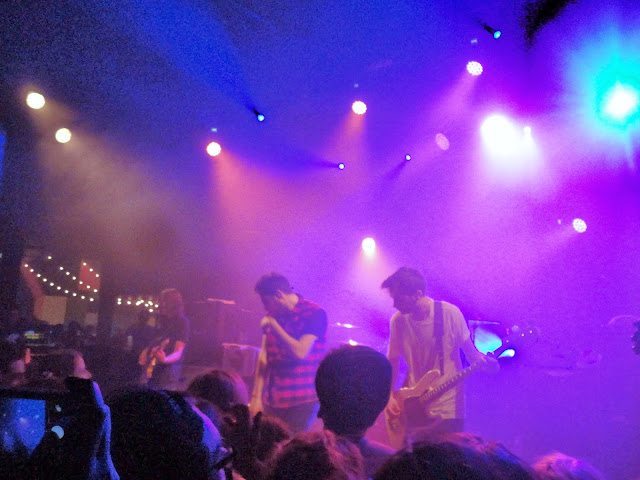 Such a small venue also allows them to get
up close with fans; crowd surfers were lifted on to the stage itself (often by
Josh himself – one girl fell on top of him and was then reluctant to get off!),
Josh took people’s phones to film from the stage for them, he stood up on the
barrier to lean right in to the crowd, a whole group of fans were taken on
stage to sing “Lived A Lie”, and one guy even got on stage and took a selfie
with several band member before he was escorted off again. Josh went crowd
surfing twice – the first time was unsuccessful, as the crowd basically dropped
him, but the second time, from the other side of the room, worked perfectly,
and I even wound up holding his hand as he climbed back on stage. 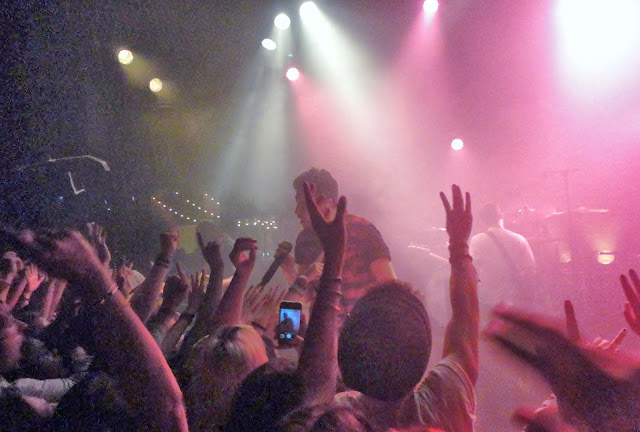 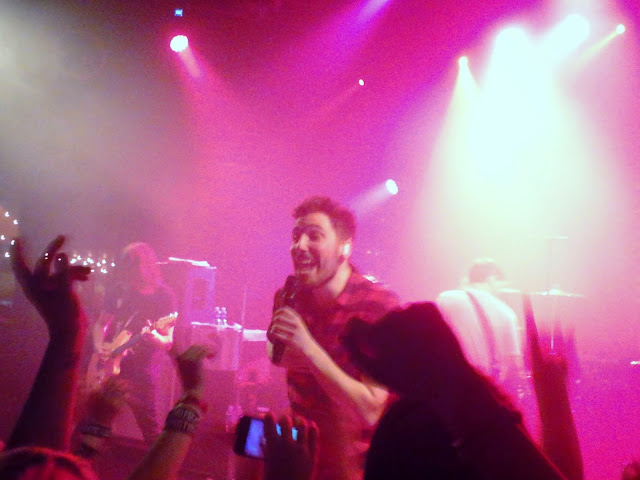 I’m still covered in bruises from the
insanity of the night, but it was amazing from start to finish. The Parisian crowd
exceeded my expectations by miles, and I know it’s unlikely I’ll get a chance
to see either band in such a small venue again. Both Deaf Havana and You Me At
Six were excellent on stage, and only reaffirmed why they are two of my
favourite bands. An electric, unforgettable night.