Firstly, I’m very annoyed at myself for the blogging absence over the last week or so. I’ve just started a new job (yes, again!), still as a tour guide, but working a lot more, so I’ve just been busy and tired. However, I am going to find the motivation to get back into writing more again. Anyways, before I started that job, I had a couple of days off so I actually went out of Edinburgh for a few days – as anyone who follows me on Instagram may have spotted. I was mainly in Dundee, visiting my cousin, but on the way up, I actually stopped off in St Andrews for most of the first day, the little beach town on the north east coast of Fife. 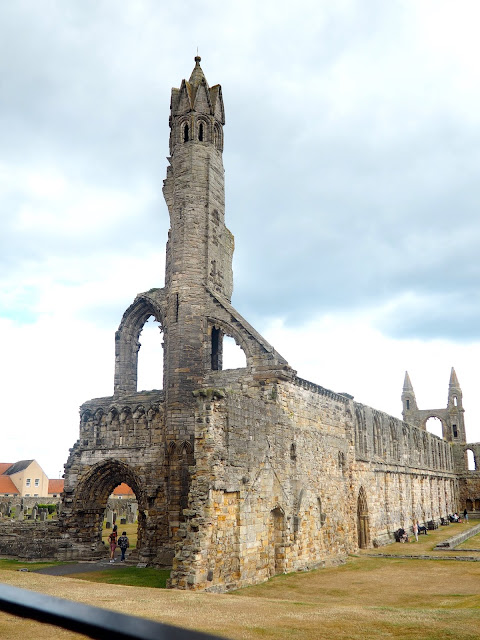 I have been to St Andrews before, when I went to the university open day, during my last year of high school, but that almost eight years ago now! It was a convenient place to stop at on the way to Dundee, and as it’s a pretty small town, you can see most of it in a day. It’s probably most famous for the university there, especially since that’s where Prince William met Kate Middleton, but there’s plenty more to the town besides that! I took the bus up from Edinburgh, as it takes you into the middle of town, rather than the train station further out which requires a bus into town, and I got a day pass ticket that would take me on to Dundee later on. From the bus station, I wandered along the main street, where most of the shops and cafes can be found. I stopped off for coffee and a bite to eat – St Andrews is full of cute, little places for this, but for the life of me I can’t remember where I went. I then followed the street all the way to the far end, to meet the North Sea.

Here, I explored the ruins of St Andrews Cathedral, a Catholic cathedral dating from the 12th century, which was once the largest church in Scotland and the seat of the country’s most important bishops. St Andrews was of huge religious importance to the country, as this is where the relics of St Andrew were brought and kept for many years. Although it now lies in ruins, having been abandoned after the Protestant Reformation in the 16th century, it’s still pretty spectacular, and we can only imagine just how grand it was when it was still fully intact. The ruins are free to explore, though you can buy a ticket to go into the Cathedral Museum and climb up St Rule’s Tower. There is also an extensive graveyard surrounding the remnants of the buildings, and several other towers and structures aside from the main church building. 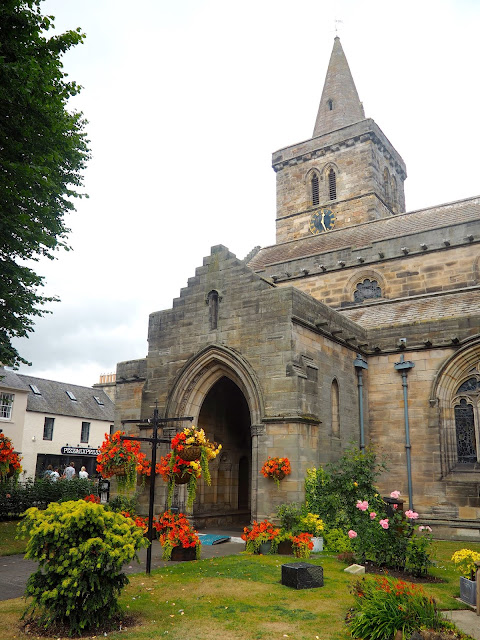 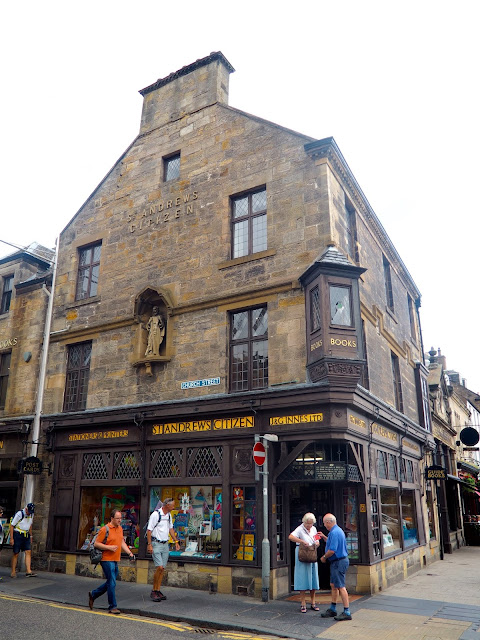 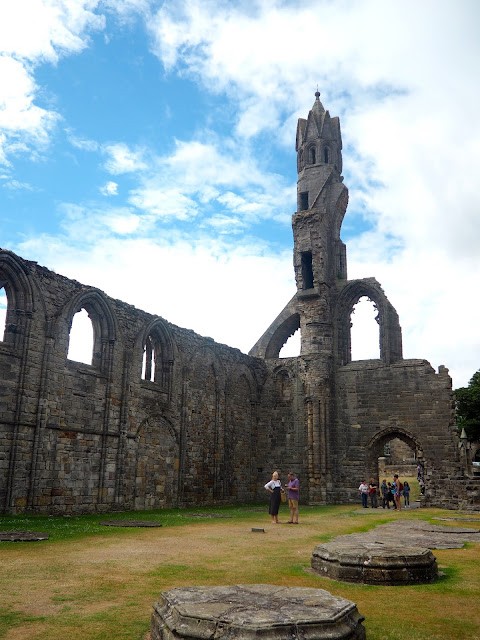 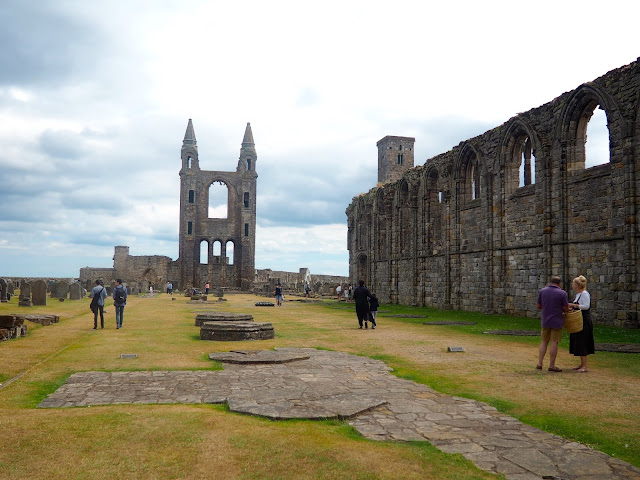 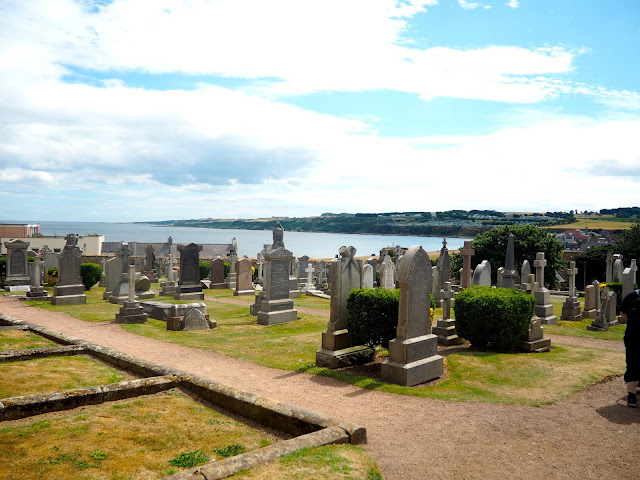 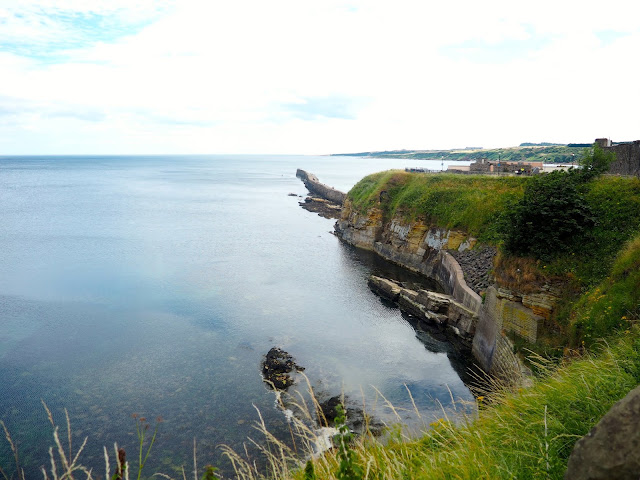 From there, I followed the path around the coast on the north side of the town, to see St Andrews Castle. You have to buy a ticket to enter, so I ended up just viewing it from outside, which is still pretty impressive to see. Like the cathedral, it also dates from the 12th century, but is now largely in ruins. It was the home of bishops, during the time when St Andrews was the religious centre of the country, but fell into decline after the Reformation. I followed the pathway down to the small stretch of beach next to it, to admire it from that angle as well. It juts out to the sea, so there’s some suitable impressive backgrounds and angles to see around it, whether or not you choose to go inside.

I then moved away from the sea and headed towards the main university campus of St Andrews. As the oldest university in Scotland, it’s long been a prestigious and famous one, and consistently ranks within the best universities in the country. I did apply for it, after attending that open day, but it was actually my last choice out of five, as I wanted to go to a city like Glasgow or Edinburgh (where I ended up), rather than such a tiny little town – one third of St Andrews’s population is students! The campus is beautiful though, with the most iconic location being St Salvator’s Quad. I remembered this from the open day, but took a little wander round anyways – it was fairly quiet, since it’s summer and the students have all mostly returned home for now. 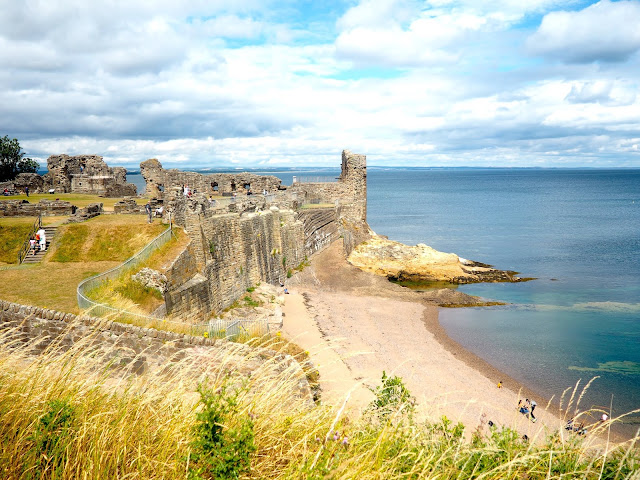 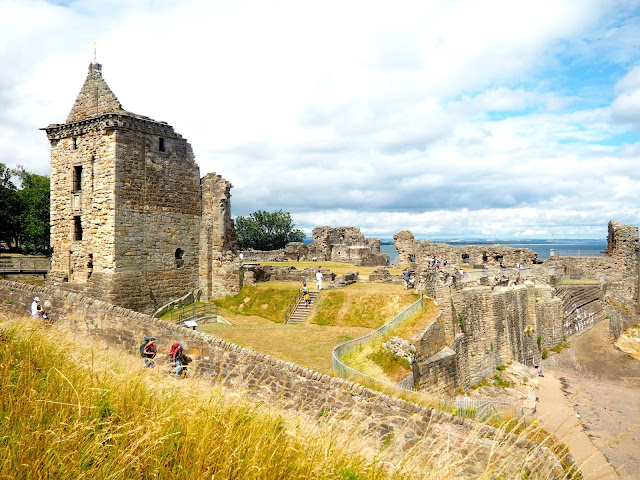 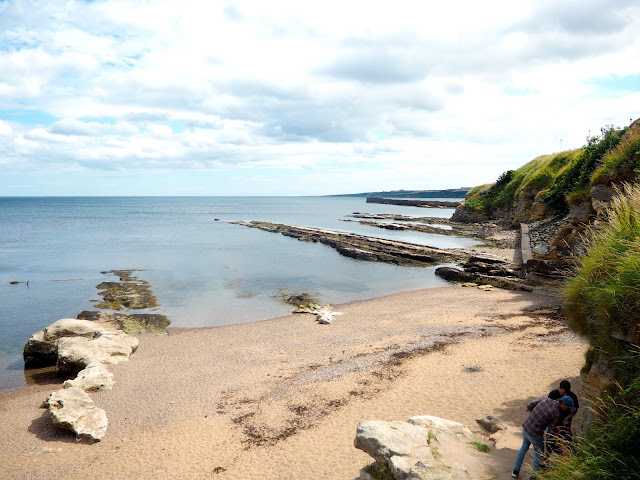 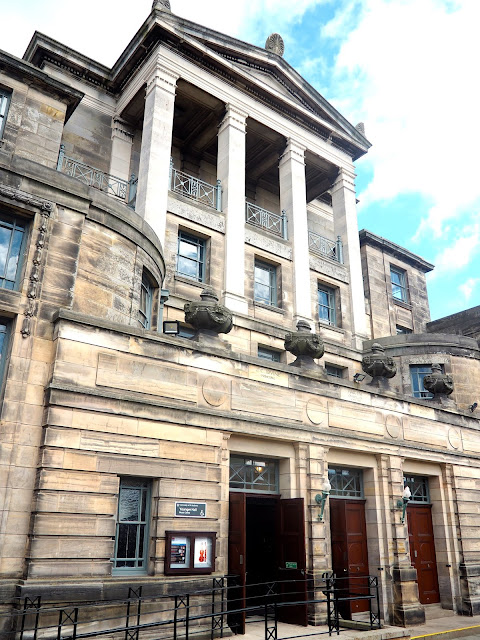 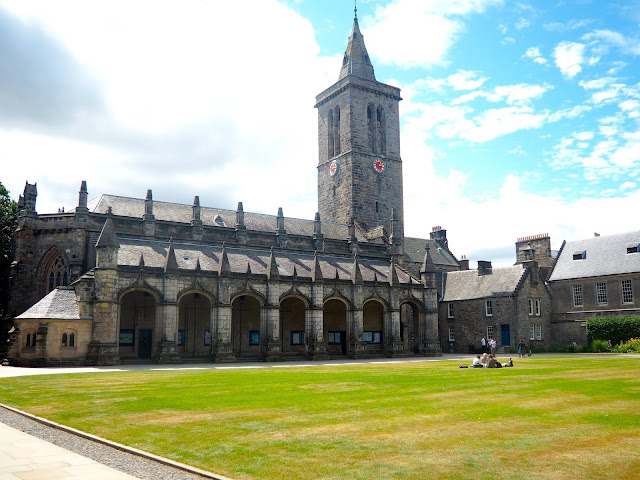 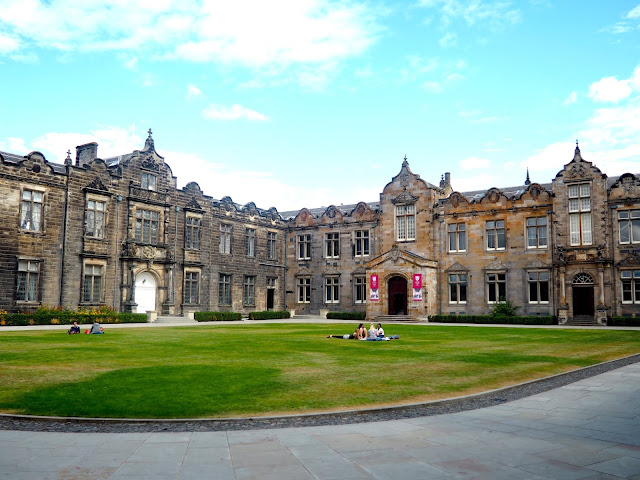 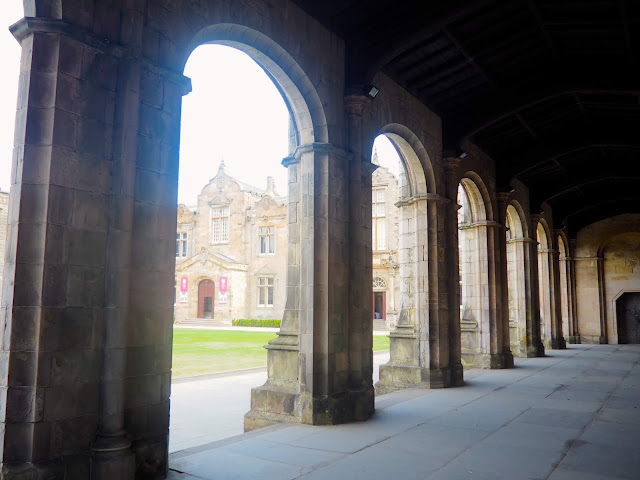 I carried on west through the town, heading back towards the shore, and stopped off at the viewpoint near the aquarium for a break, overlooking the West Sands beach. I didn’t eat anything while taking this break, which proved to be the correct decision, as I saw several other people being violently mobbed by seagulls trying to snatch their food away! I made my down to the beach as well, exploring the small patch of sand and rocks closest to the aquarium, before heading round to West Sands proper, and sitting out in the sun there for a little while. It was a pretty cloudy day, but still warm enough to be outside for the afternoon.

Eventually I made my way back towards town from the beach (West Sands is very long, so I hadn’t actually gone that far along it), passing The Old Course on the way. St Andrews is also famous for being the home of golf, as the game was certainly invented in Scotland, and the Old Course dates back to at least the 16th century, one of the oldest in the country, and has become a famous site for golfers from all over the world. I don’t have any interest in the game really, but it’s an important and iconic site in the town, so I took a wander past. The Senior Open was taking place that week as well, so it was fairly busy around the area. 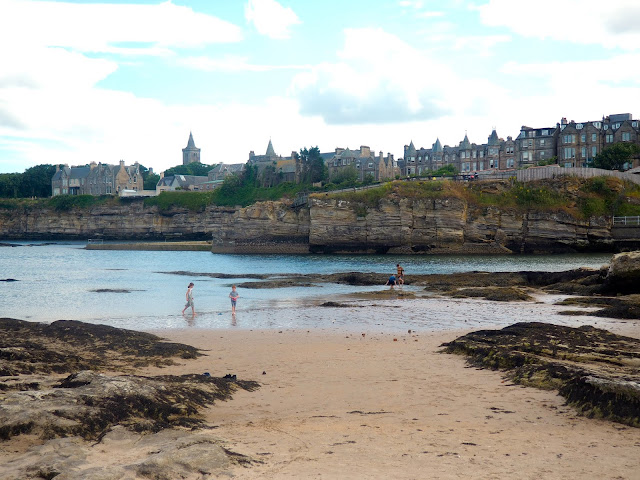 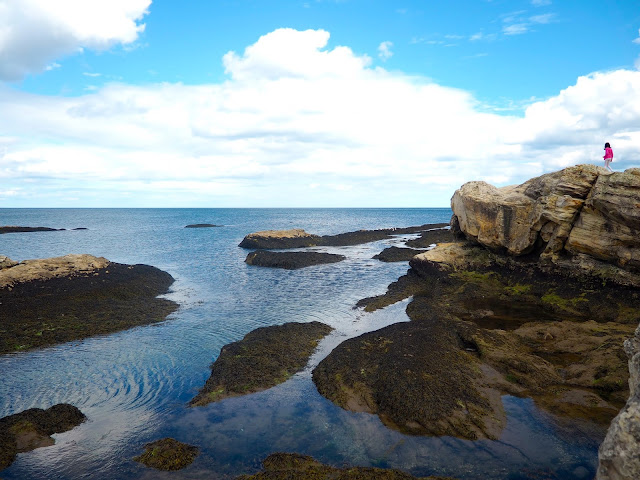 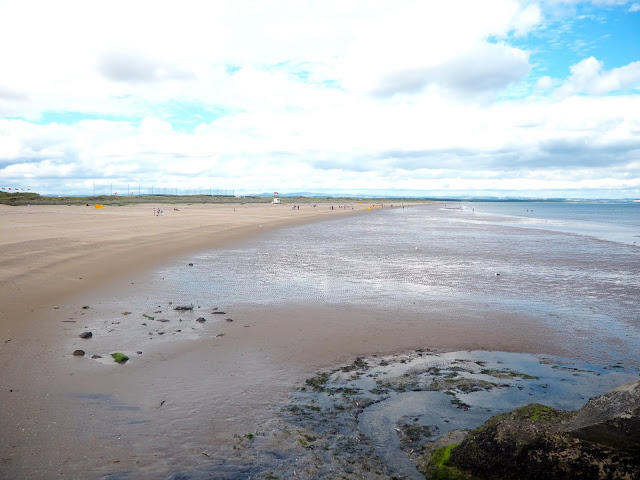 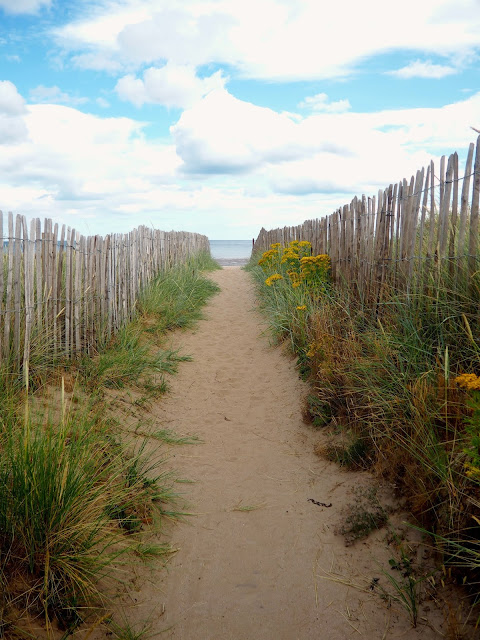 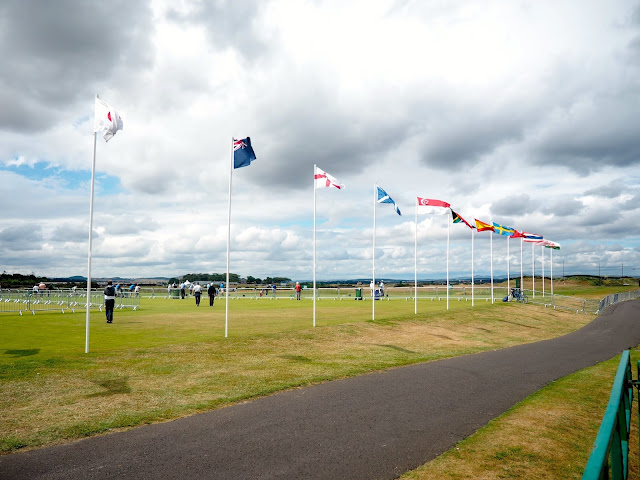 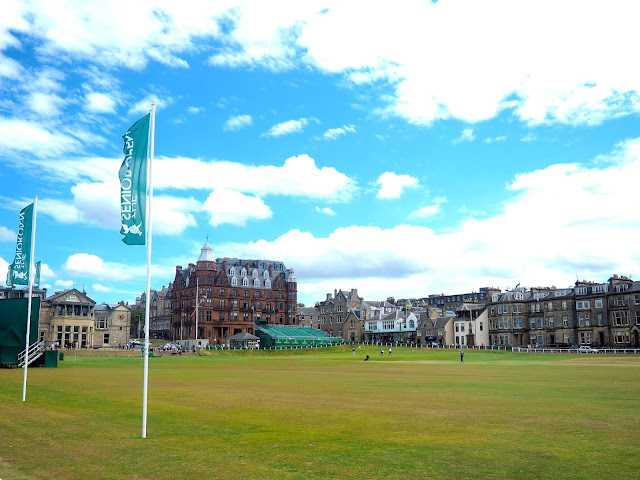 From there, I made my way back to the bus station, to catch my ongoing bus up to Dundee, just half an hour away. St Andrews is a beautiful, picturesque little town, and it’s actually got quite a few different sights to see, more than you might initially realise! It’s certainly a great option to do as a day trip from other parts of Scotland, particularly Edinburgh which is just an hour and a half away, more or less. I only really spent an afternoon here, it would be easier to stay a few hours more, but it was a nice stop on my way up north!