Charlotte Life, Other
While there are plenty of things I enjoy about Halloween, I haven’t necessarily celebrated it every year – so this time I made up for it by doing it twice! I even had two costumes, which you can see in my last outfit post. Also, apologies for the photo quality here, I never take my good camera when I’m out drinking, so I’ve only got phone pictures from both nights. The first night was Friday, the day before Halloween, when a friend booked a bunch of us tickets to see The Rocky Horror Picture Show. I’ve seen it before, but this was an open air showing, on a 21st floor balcony, with everyone dressed up as characters. I love the film, as it’s just utterly bonkers, so I was quite happy for an excuse to see it again! I’ve heard that showings like this can get quite rowdy, with everyone singing and dancing, but ours was pretty tame. A little disappointing perhaps, but it was still fun to just chill out, watching the film outdoors, with plenty of drinks and snacks on hand! Our night didn’t end there either, as the venue was in Wan Chai, which has bars aplenty, so we had a few more drinks before heading home (a decision I may have regretted when faced with going to work with a hangover and four hours sleep the next day…) 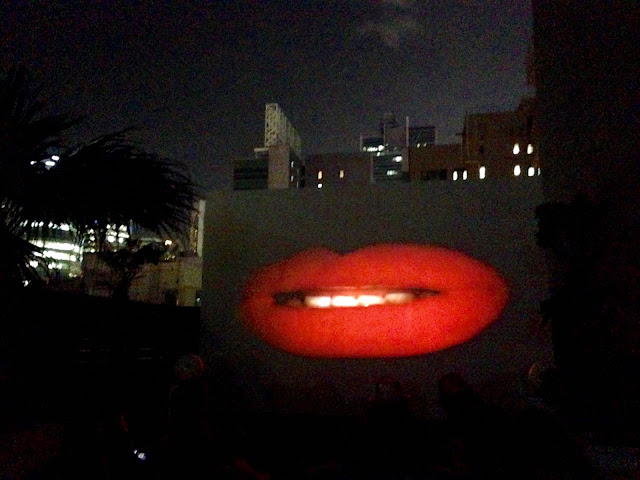 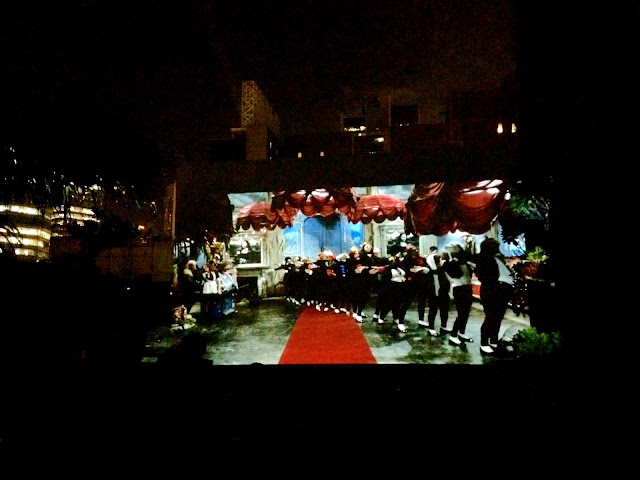 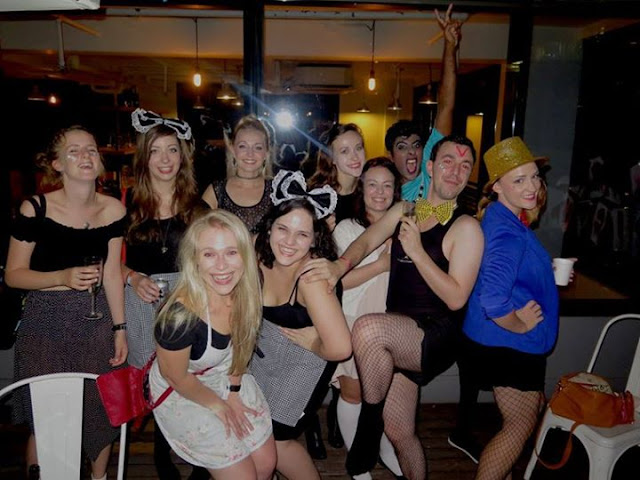 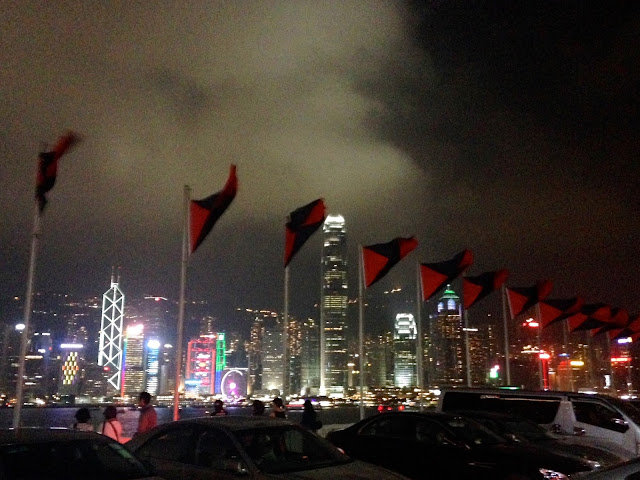 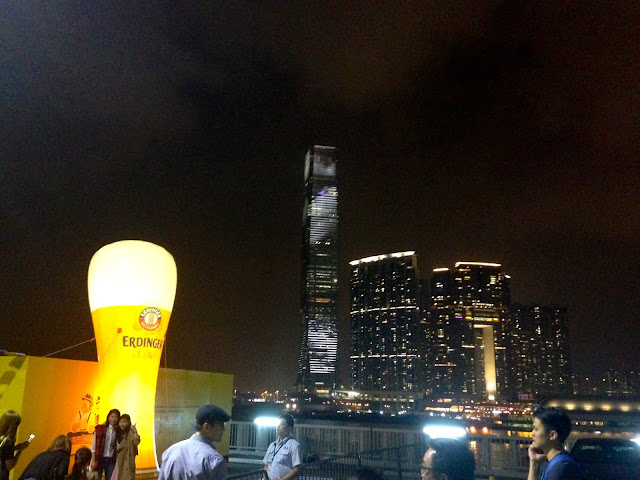 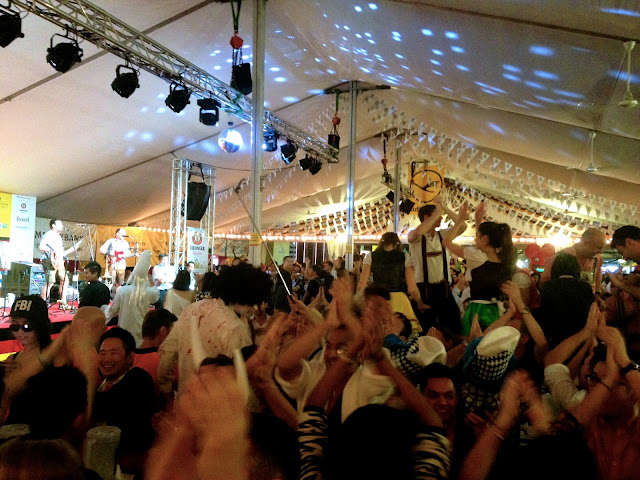 For Halloween itself, our boss at the teaching agency had got us all tickets to a German bierfest (i.e. Oktoberfest, similar to this one I went to last year). Apparently she takes all the teachers every year, but this time she happened to book the Saturday of Halloween, so the crowd inside the tent were dressed in a mixture of regular clothes, German clothes, and fancy dress costumes. Bierfests are always a laugh, and this one was no exception. It was on a sort of rooftop at the back of a hotel, with views across Victoria Harbour. As is tradition, we sat on long benches, and got steins to drink from – though I managed to lose mine… There was a live band playing too, which was fun, as they did a mixture of German tunes and popular songs, and got the crowd involved, by teaching us dance movies, and getting people up on stage with them from time to time. I don’t remember everything they played, but there was definitely The Birdie Song and Country Roads and Kung Fu Fighting! The security staff were pretty happy for us to stand on the benches, though not on the actual table-tops – not that that stopped us really! There was also food available, and some other stalls near the entrance, including face painting, but I managed to miss all that for the most part somehow. A slightly more unusual way to spend Halloween, but I definitely enjoyed it. 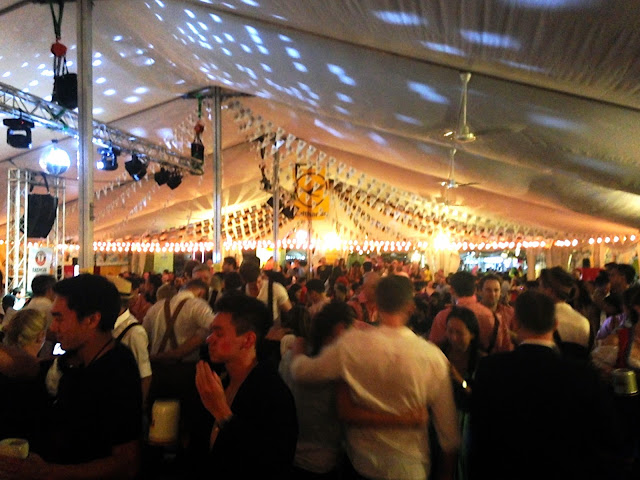 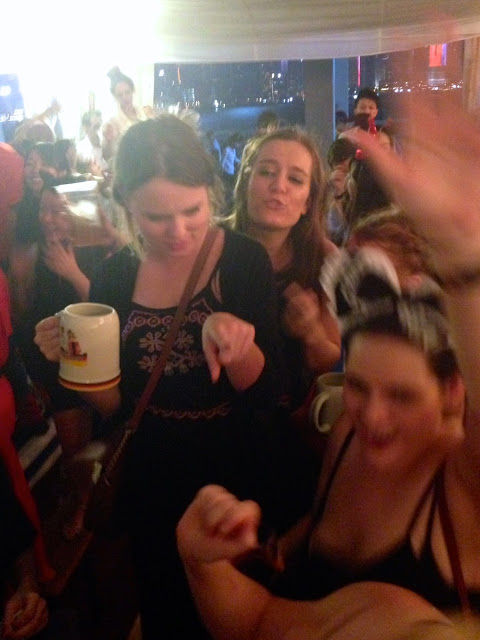 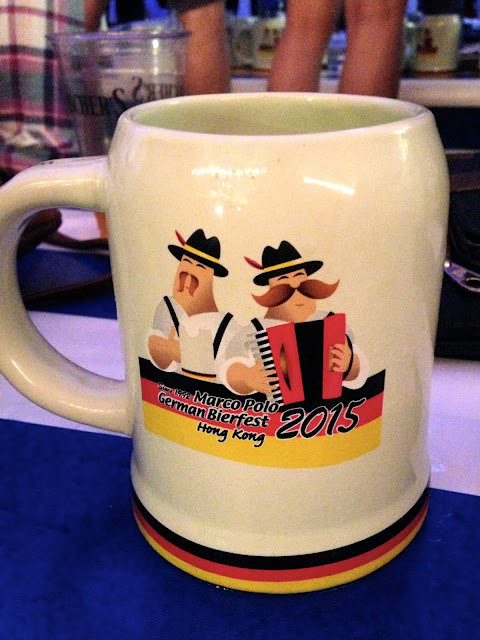 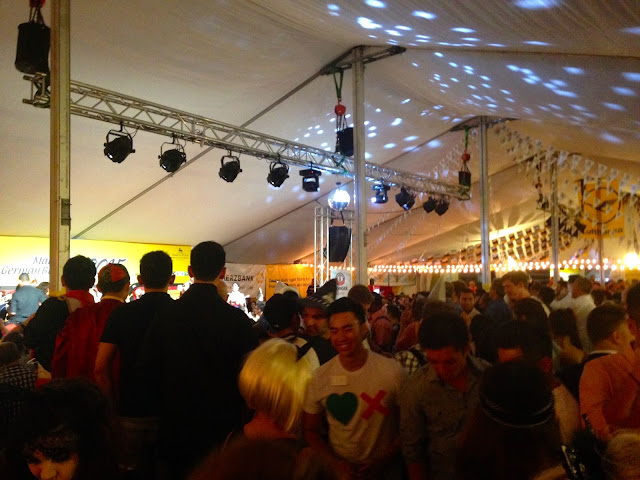 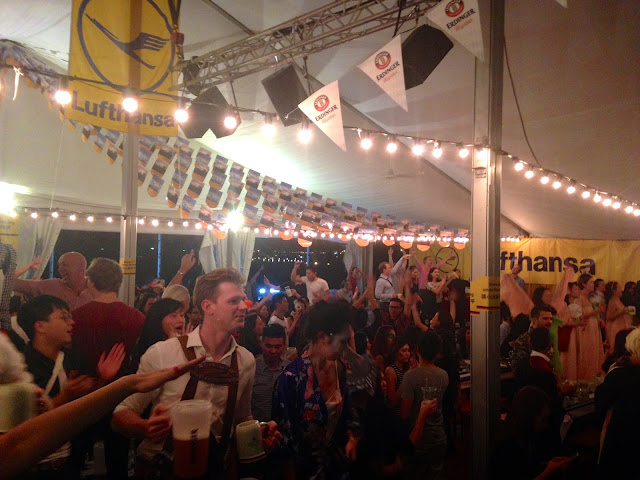 The night took a weirder turn after that though. We were trying to go out, but somehow most of the group got separated, though that was sort of understandable given how many of us there were. LKF is the biggest nightlife area in Hong Kong, and the place to go on Halloween, but we knew it would be totally packed, and to be honest, I don’t love our nights out there. We went to Wan Chai instead, which I prefer, and were hoping to catch the Rugby World Cup final, since nearly every bar and pub there would be playing it. However, it was also completely packed there, because of said game, and we couldn’t get in anywhere to see it. After drinking in the street for a little while, we gave up and came home, just after 1am. Pretty disappointing end to the night, but at least we had fun before that!