Happy Pride Month! So, last Saturday was Edinburgh’s Pride Parade day, and I went along for the first time. I don’t identify as LGBT+, but I was going with a friend who does, and I’d consider myself an ally of the community, so I wanted to go to show support. The beautiful thing about this community is how inclusive it is of everyone, so it doesn’t matter how you identify, you can still join in and feel a part of it all. We were amazed with how big the event was too, with the parade filling up almost the whole of the Royal Mile, and every sort of person seemed to be represented. 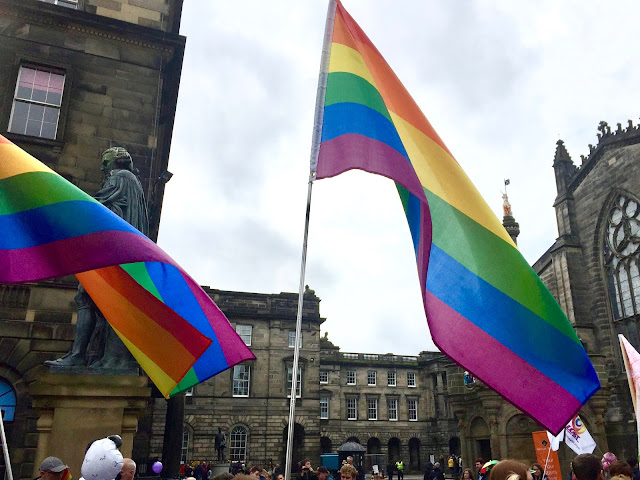 It was a shame that the weather wasn’t better, as it was a cool, rainy day, but all the rainbow umbrellas in the crowd at least added to the display! My friend and I felt somewhat underdressed, as neither of us had had time to get anything rainbow-esque to wear, plus we were bundled up in raincoats anyway. We wandered down the Royal Mile towards Parliament, where the parade was starting, and watched about half of it go past us, before joining in somewhere in the middle, to walk with it the rest of the route. It went up the Royal Mile, paused at the Mercat Cross where speeches were taking place (not that we could really hear them), then continued along George IV Bridge, round Potterrow, and doubling back round through the university to end in Bristo Square, where there was a Pride festival taking place. 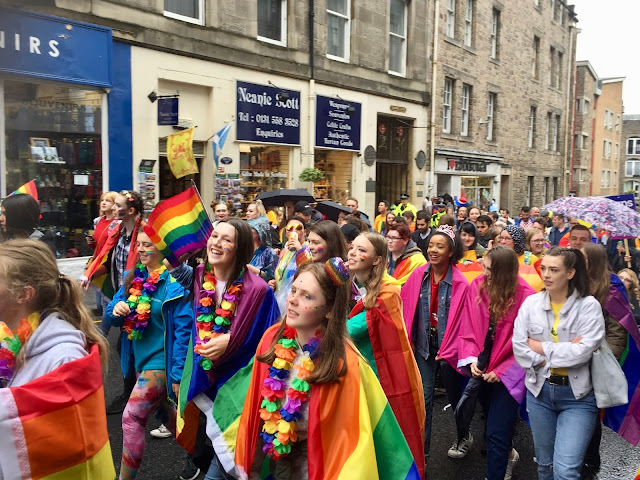 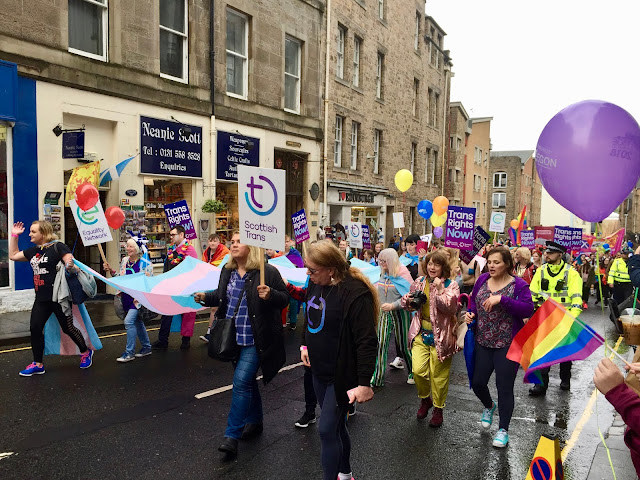 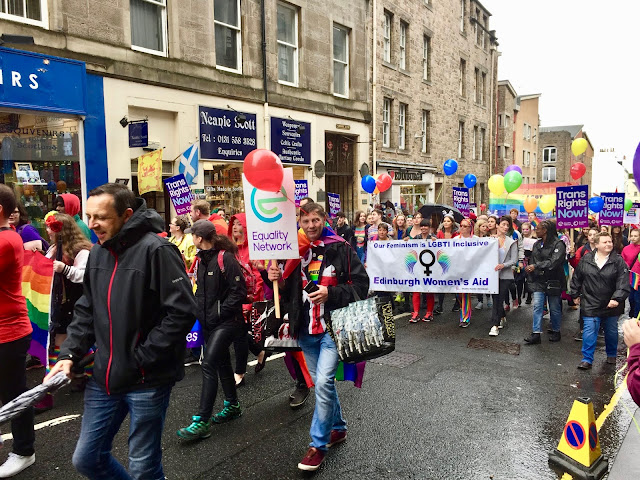 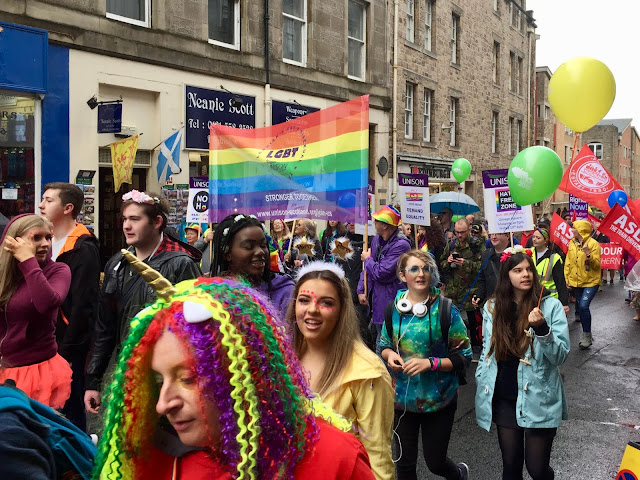 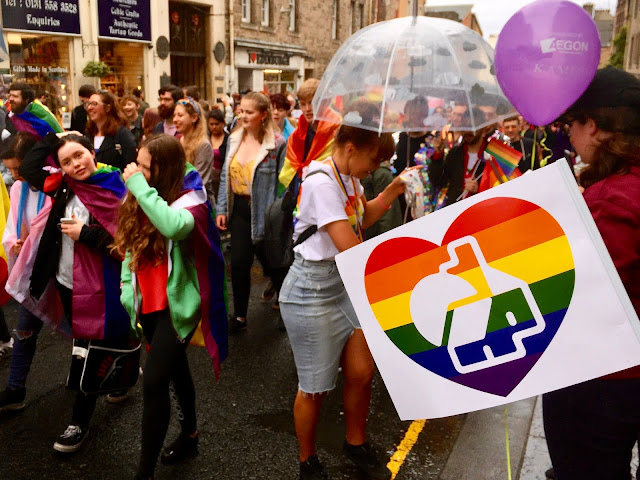 The street was just a mass of rainbows, from flags and banners, to clothing and face paint, and there were all sorts of incredible outfits on display. There were people there representing specific organisations, and plenty of others like ourselves, just there to join in. It was amazing to see so many people there, and such an eclectic mix of beautiful and wonderful individuals all coming together. We saw so many different Pride flags on show, representing so many different ways that people choose to identify (though we did have to look a few of them up, being unable to remember what every single one represented!). There was chanting and singing and music and cheering throughout – we didn’t always know what we were cheering for, but it was wonderful to be able to join in with such a huge crowd all feeling the same sorts of sentiments.

As someone who identifies as heterosexual, I will never truly understand the struggles that many of these LGBT+ people will have faced, but I try to recognise and sympathise with them. I think the world has come a long way in terms of their representation and equality, and it’s beautiful that we can have events such as this, and create spaces where everyone can feel welcome and accepted and safe. But of course, things aren’t perfect yet, and things can still be better, and we can all still do better, as a global community, to ensure that everyone feels safe and equal. I think that’s why Pride is so great, and so important, as both a celebration of love, but also a reminder of the changes that still need to come. 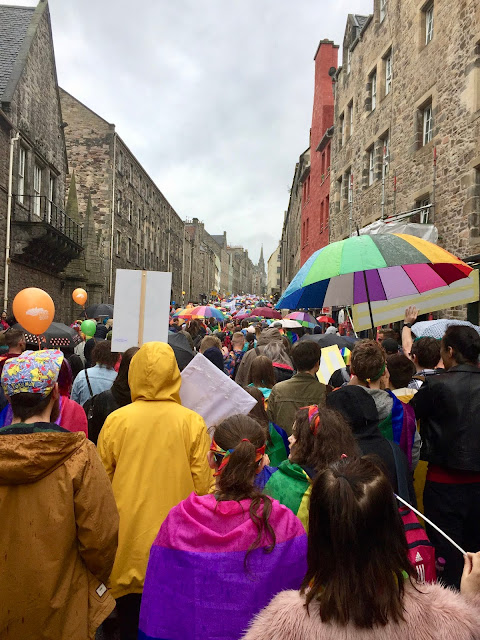 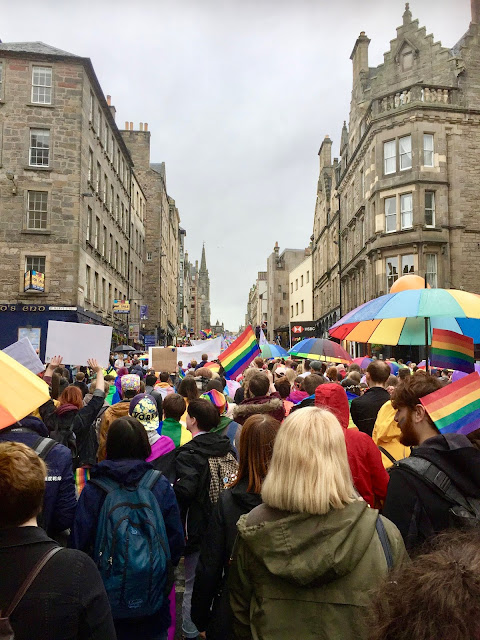 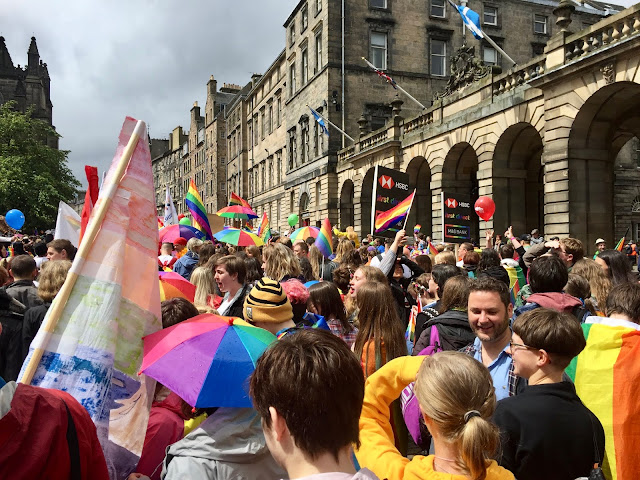 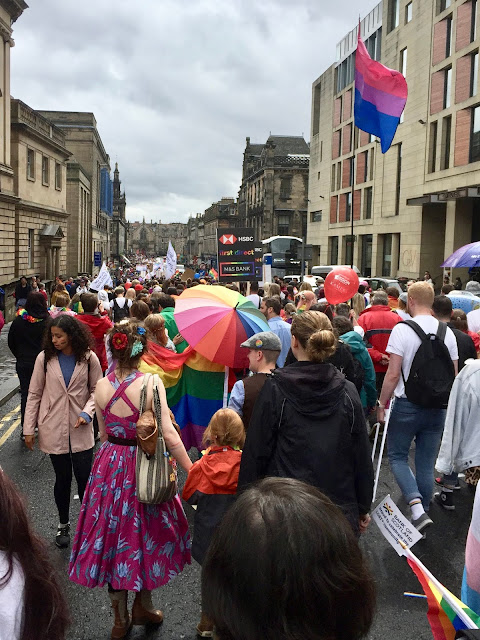 Love is love. Be who you want, love who you want. Support others, create safe spaces for them. Recognise feelings, open your ears and mind and heart. Be a shoulder to lean on and a hand to hold, and don’t be afraid to take that shoulder or hand if you need it. Celebrate who you are, and be PROUD.