Thailand, I haven’t left you yet! My time in Phuket (parts one and two) with my family as finished, as they’ve headed off for a couple of days in Dubai before going home, but I’ve still got another week or so in the country. For the next four weeks of my travels, I’m joining Intrepid trips, the company I’ve previously used in Central America, Vietnam, and Thailand & Laos. I enjoyed my time in Taiwan and Japan travelling solo, but it was going to stress me out too much to plan this much travelling all in one go, so I went for the convenience of a group tour again. I’ve booked ‘Bangkok to Bali’, lasting four weeks, but it’s composed of 2 smaller trips, so this first portion with the current group is ‘Bangkok to Singapore’ – I’m the only person continuing on to the Indonesian portion, so there’ll be a new group to meet then. Anyway, the trip kicked off in Bangkok (funny that!). I was here last year for the start of my trip to the north of Thailand and on to Laos, so I’ve seen some of the city before, but there were still some new areas to explore. 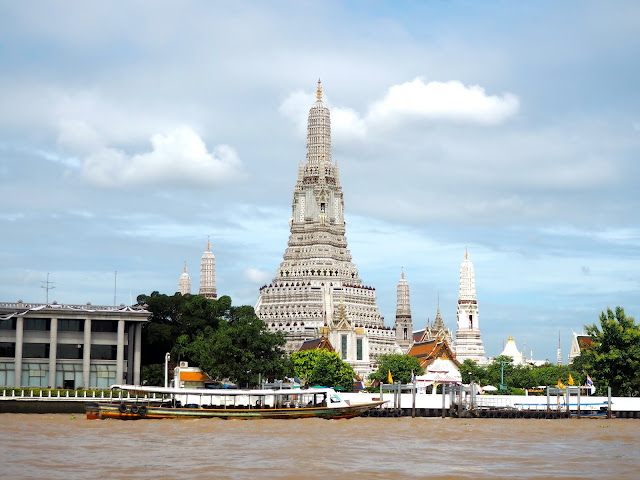 The day I arrived back in Bangkok, after the short flight up from Phuket, I had a couple of hours still available before the welcome meeting that evening. The hotel was close to Khao San Road, which I didn’t spend much time on last year, so I went for a wander to check it out. It was very obvious how popular it was with backpackers, with an abundance of hostels and bars available. It wasn’t too busy in the middle of the afternoon, but I know it gets much more crowded at night. There were plenty of shops to browse by day though, mostly selling clothes, souvenirs, and anything else that may be of use to travellers. There were plenty of restaurants and Thai massage places around too. I roamed around for a while, mainly taking in the colourful signs and pretty lanterns hanging from trees, before going back to the hotel. I found a couple more similar streets around the area to explore too, often lined with a rainbow of tuk tuks near their entrance, but didn’t stop off or buy anything in them. We ended up back here that evening after the meeting too, since it was the most convenient place to get dinner, and then have a quick drink afterwards.

The trip has some included activities that we’ve already paid for, which was what we started with the next morning. They were actually the same activities I did last year, but since they were already paid for, and the group was still getting to know each other, I just did them again anyway. First was the khlong tour, a longtail boat ride through the smaller canals leading away from Chao Phraya River. The houses here are very simple, and you can often see laundry and other things littering their balconies overlooking the canal. We even passed a few children who eagerly waved at us. I pretty much zoned out for most of this, as it was a relaxing journey, and it was pretty early in the day for me! Eventually we re-emerged on the river, from which I was happy to see Wat Arun, the Temple of Dawn, without all the scaffolding that had been covering it during my trip last year. Apparently the renovations only finished about a week ago, so my timing was pretty spot on! We were dropped off on the other side of the river, neat Wat Pho, a tour of which was also included for us. I visited the temple last year, but having a guided tour taught me a bit more about it that I knew previously, like that people could pay to have their ashes buried here and a stupa built on top, and that the lion-like statues are actually mythical lion-tiger creatures called singhas (yes, like the beer). The huge golden reclining Buddha is still highly impressive even on the second visit though! 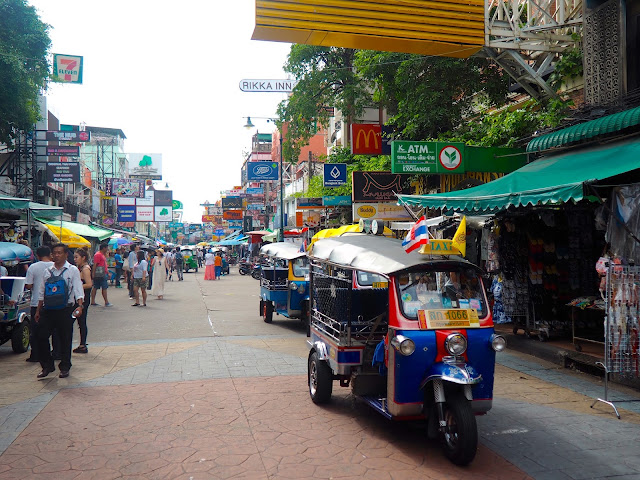 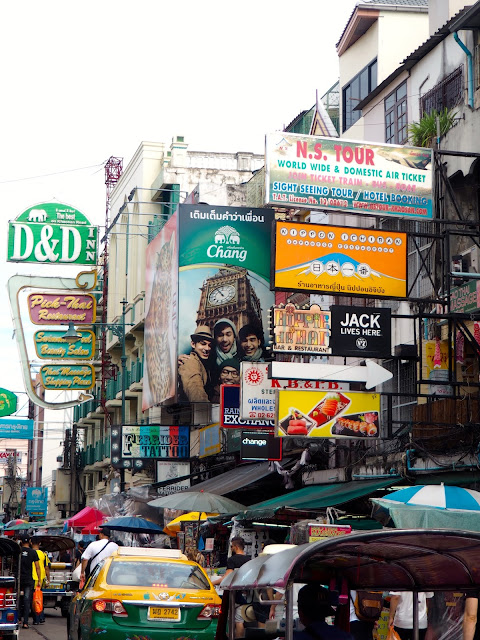 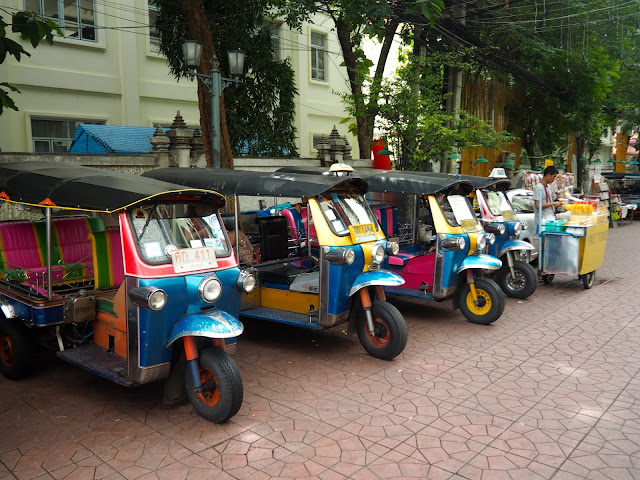 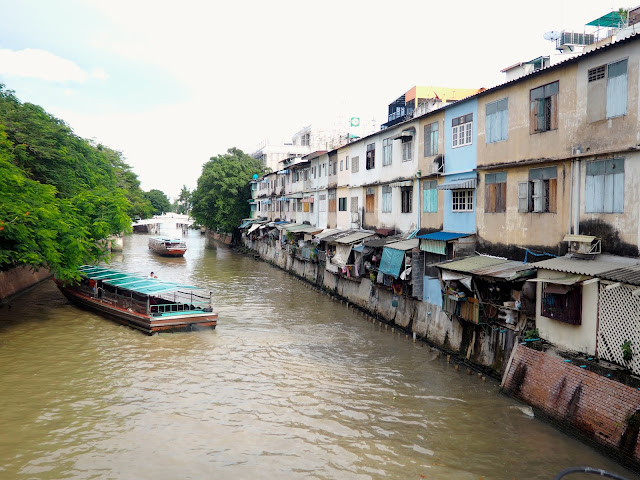 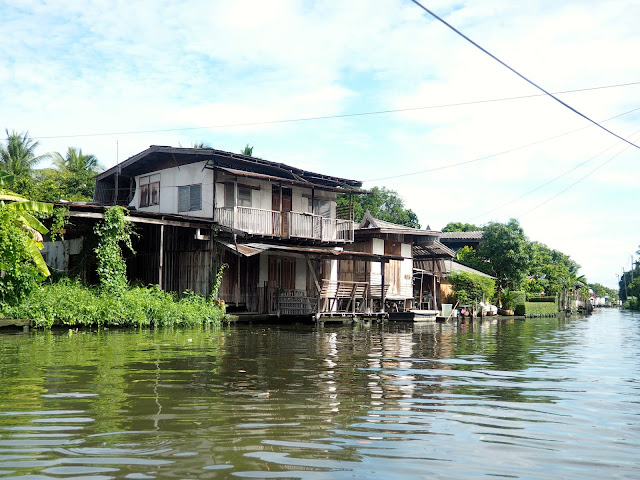 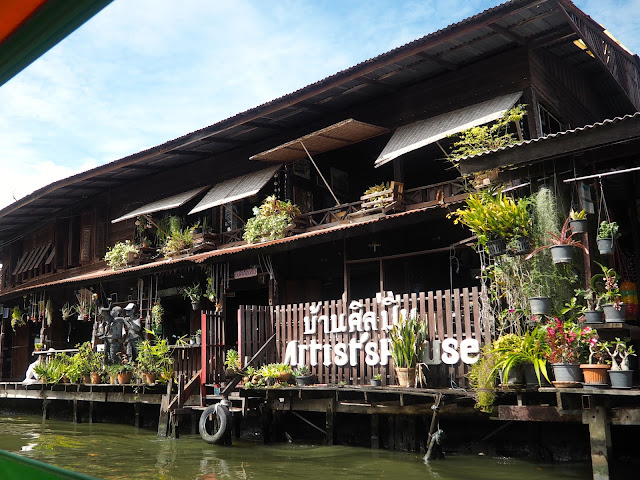 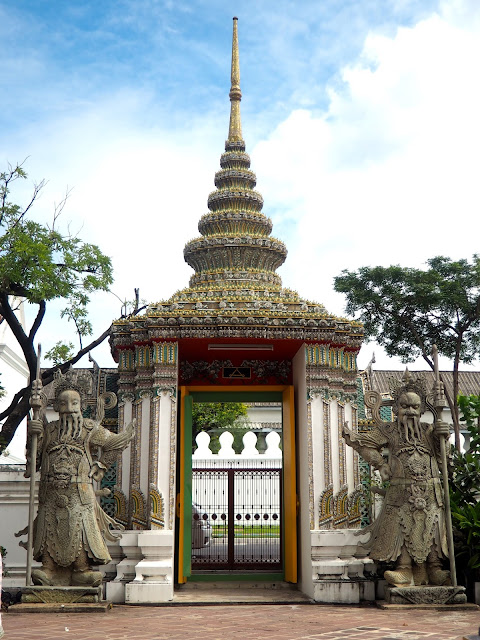 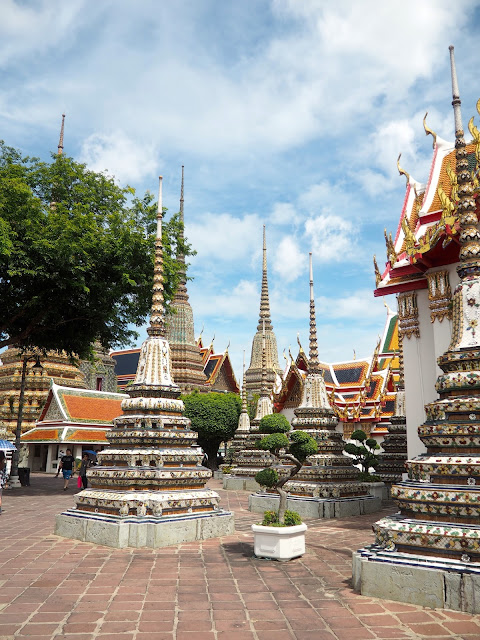 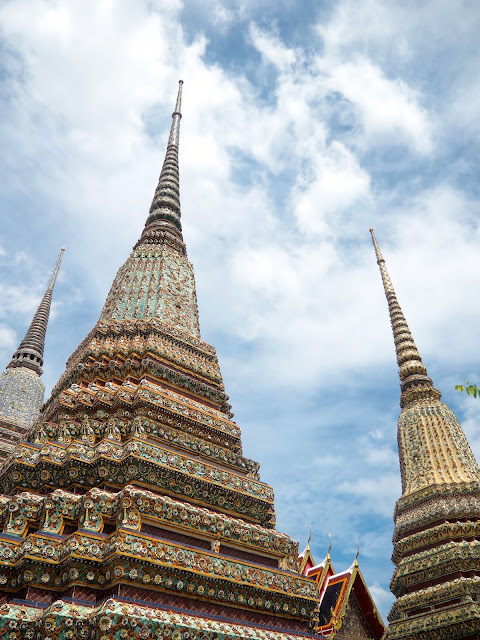 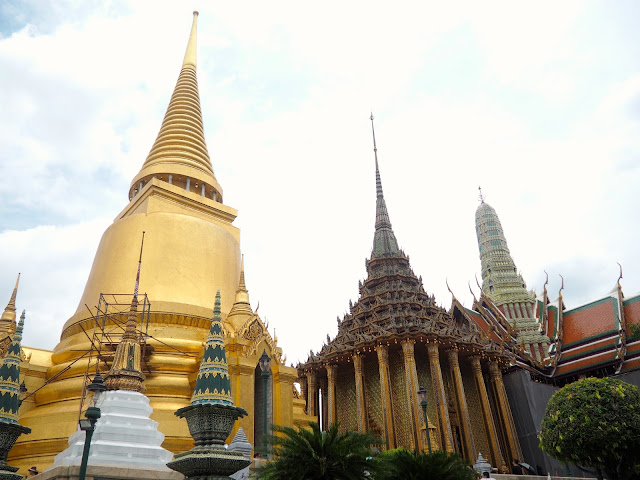 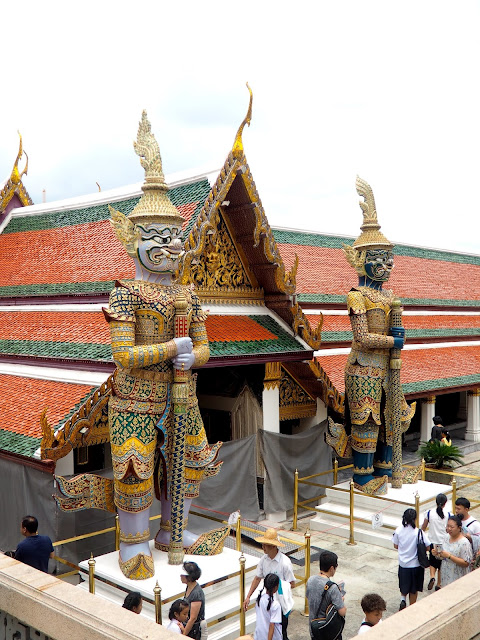 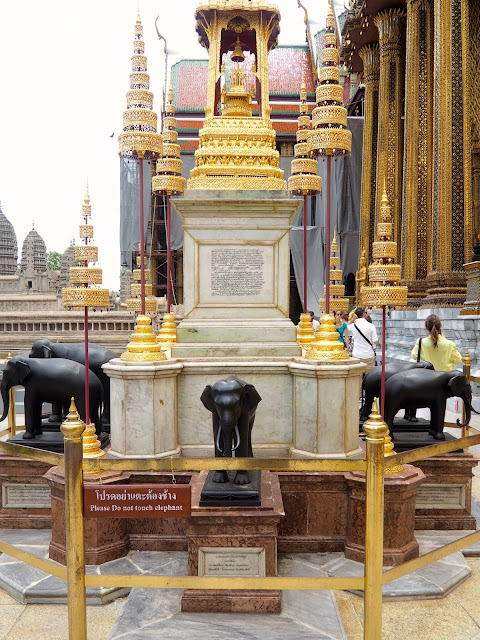 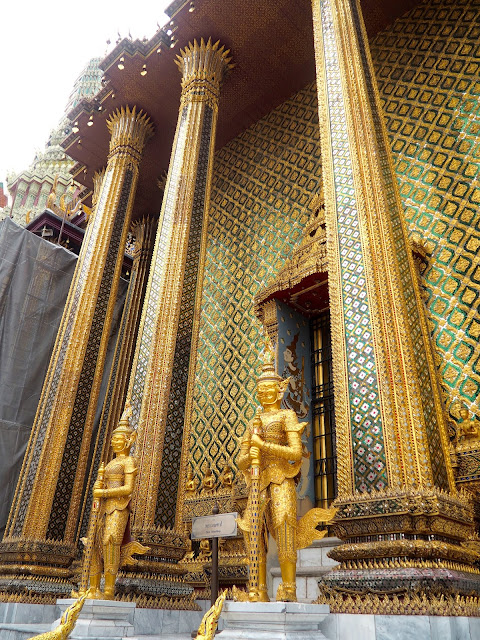 After those activities, we had the rest of the day free to explore ourselves. One of the main sights in Bangkok that I didn’t get to see last year was the Grand Palace, so after grabbing a quick lunch, I made that my first destination. The King of Thailand died last year, and his body is still being held at the Palace, ahead of the cremation in a couple of months, so many people come from across Thailand to visit and pay their last respects. They entered the Palace through another entrance though, and had to queue up through the galleries to access the chamber. This meant there was extra security on the street outside, and there were some buildings that were marked on my guide map, but that tourists couldn’t access at this time. Not all the buildings are accessible anyway, mainly the Inner Court, so this only ruled out a couple of throne rooms, as far as I could understand anyway. Visitors could still visit Wat Phra Kaew and see the outside of the main throne room though, which was all very impressive! There are dozens of other halls, stupas, and buildings around the main temple, which all look very distinct from each other, and were fascinating to wander through. The demon guardians were definitely a memorable feature for me! The main hall is the Temple of the Emerald Buddha, which houses the Buddha statue carved from green jade, and which is thought to be around 2000 years old. It’s not that large itself, but it sits atop a huge throne, surrounded by other golden statues, and is dressed in its golden outfit, which is changed three times per year for the seasons (summer, winter, and rainy). After the Wat, the route took me past the exterior of the main throne room, and although I couldn’t enter this area, it was still worth seeing!

I didn’t have any other sights that I was desperate to see, so I stopped for a coffee and a bit of Googling to see what else took my fancy. It turned out that many of the museums and other historical buildings were closed on Mondays, so in the end I headed over to Chinatown. After living in Hong Kong for two years, Chinatown is never high on my lists for other cities, since I’ve seen most of what is has to offer, but I still had plenty of time to spare, and was struggling for other options. I walked there and back, which is a little far (and left me quite sweaty), but manageable if you don’t mind walking. It got most interesting when I reached the Chinatown Market, a seemingly endless walking street of covered market stalls. I’ve seen places similar of course, but this went on forever, and sold absolutely anything you could think of! I wasn’t looking to buy anything, but it was still fun to see what each stall would have on offer, from jewellery and watches, to party paraphernalia, to wigs and costumes, to fabrics and threads. Chinatown proper was a mass of shops selling Chinese foods, herbs, and medicines for the most part. I’ve seen plenty of shops like these before, and I never know what any of it is, since everything is written in Chinese (or Thai here too), but never so many all in one place. The large, red signs bedecking every buildings made for quite a sight to behold too. It wasn’t necessarily the most interesting or exciting place I’ve been, but it’s still a bit of a novelty to see things I’m quite familiar with in another city in another country, and served to pass a bit more time. 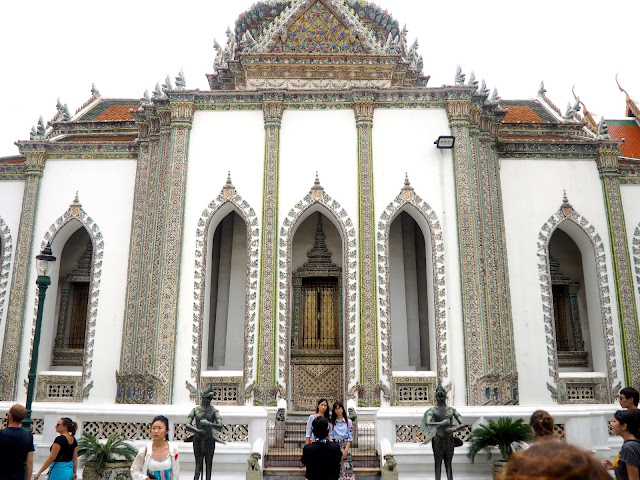 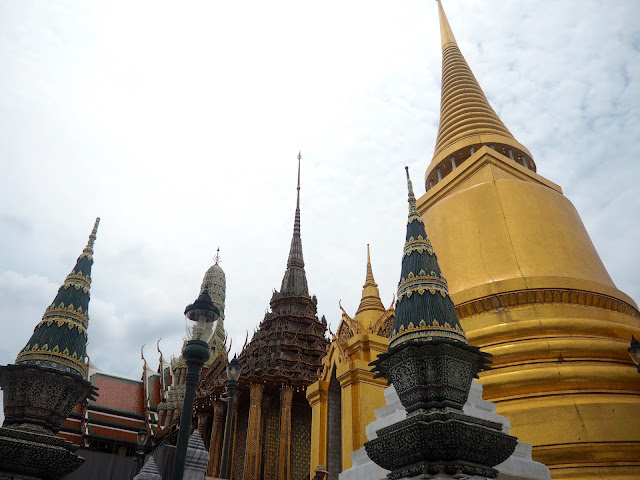 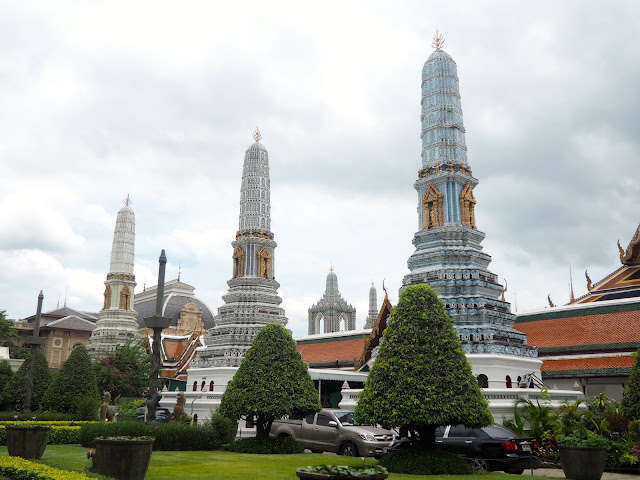 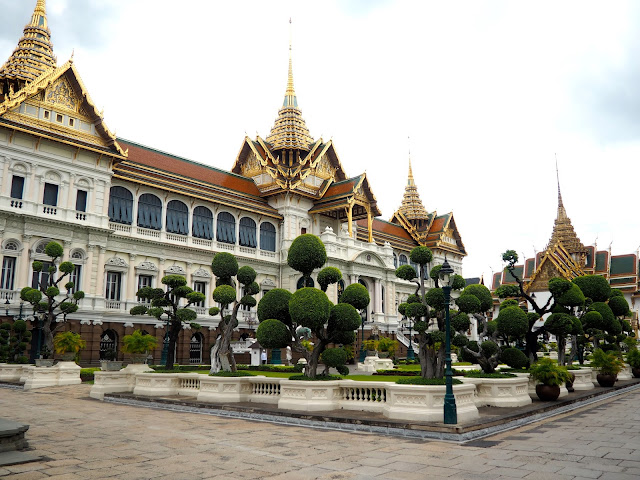 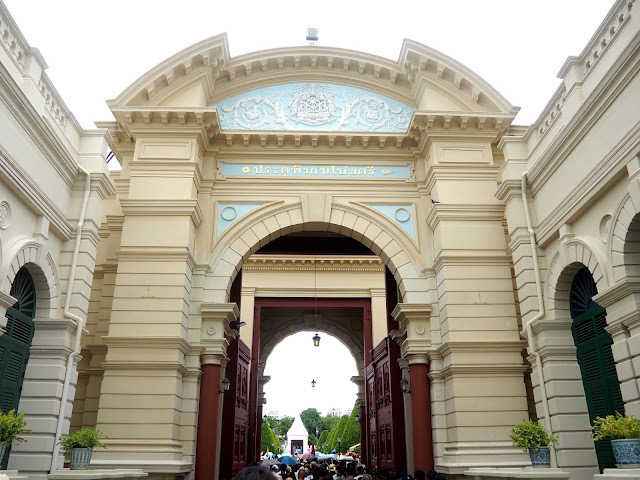 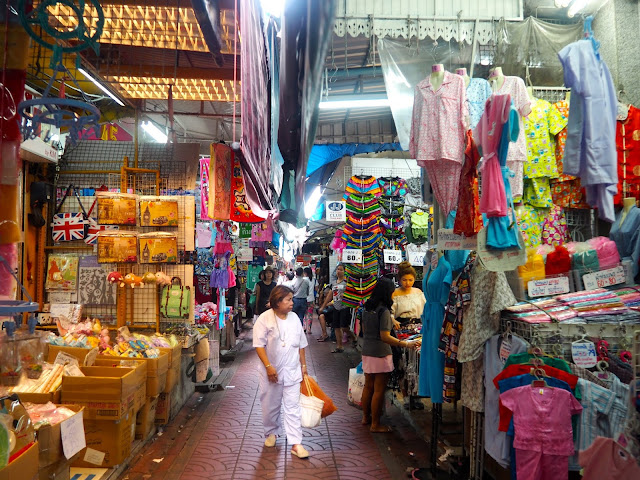 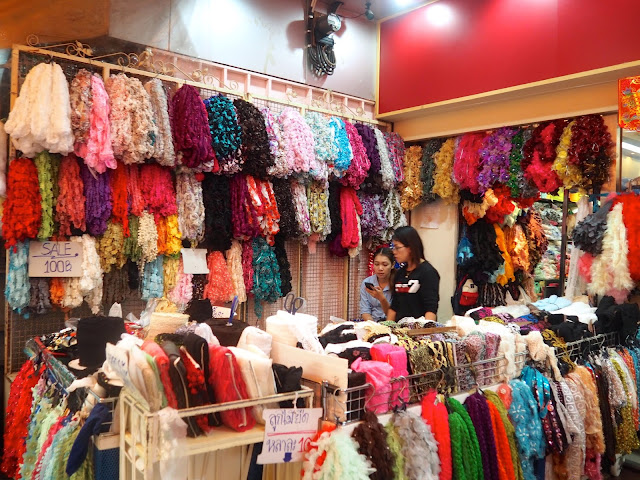 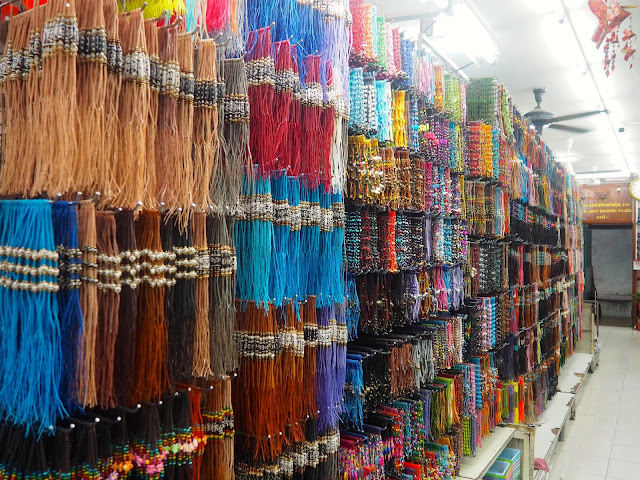 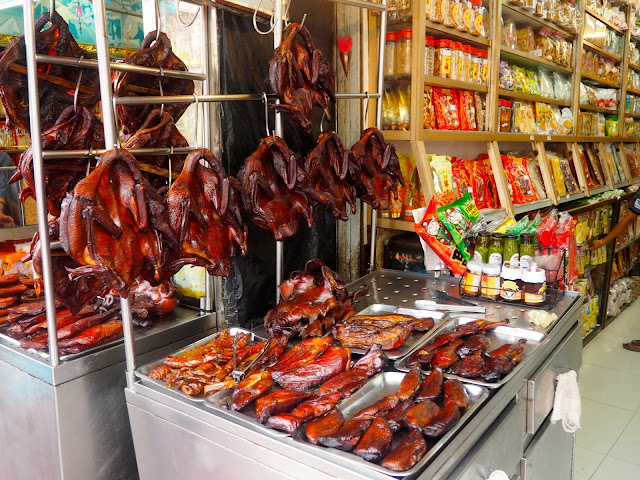 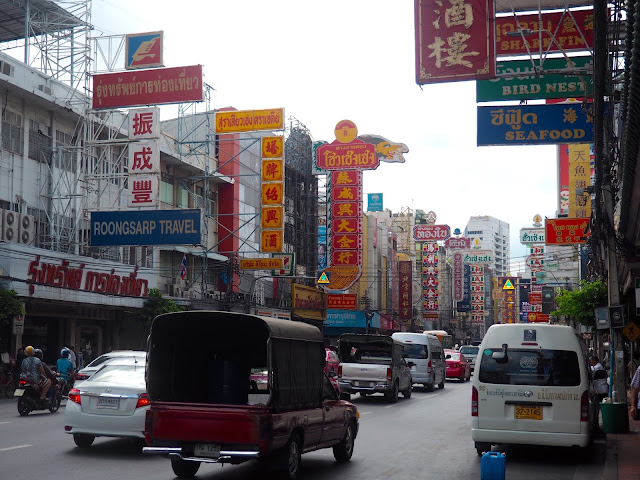 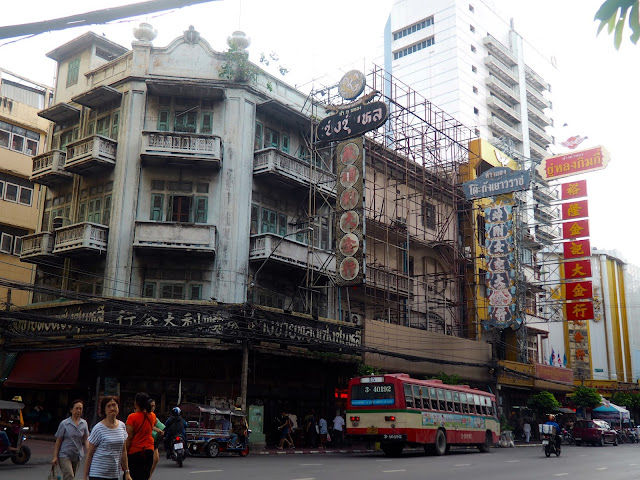 I followed the canal path back to the hotel, where we passed the last hour or two in the lobby, making use of the wifi, surrounded by our possessions, and buying snacks from the 7eleven next door. Until it was finally time to head to the train station, where we would be catching the overnight train south, to Surat Thani, near our next destination. It was very similar to the overnight train I took last year to Chiang Mai, with bunks that folded out of the walls, each separated by a privacy curtain. The toilet isn’t the nicest thing ever, but otherwise it’s clean and tidy. I never sleep well on these trains, partly because of the light which comes through the curtain, but mainly due to the noise and movement of the train – and eye masks and ear plugs can’t stop you noticing the movement! It’s a means to an end though, and the overnight journey allowed us more time in Bangkok, and in our next destination, Khao Sok National Park.

If you’re planning to visit Bangkok yourself, you might like to check out some of the tours and activities available from Trazy Crew – these are their Top Things To Do in Bangkok. I didn’t use them myself, but I am an affiliate of the company.