A-Z of My iPod

A while ago, I took you for a tour of my bookcase, from A-Z, so this time I thought we’d visit one of my other great loves in life, my music collection. I’m one of those very rare people who still buys physical copies of music – and not even vinyl, I still buy CDs to upload to my computer – so I have several boxes of them at home, but my iPod is the most convenient way to carry it all that music around. Any regular readers should have a fairly good idea of my general music taste, but there may still be a few surprises on here! (Artist names are Amazon links). 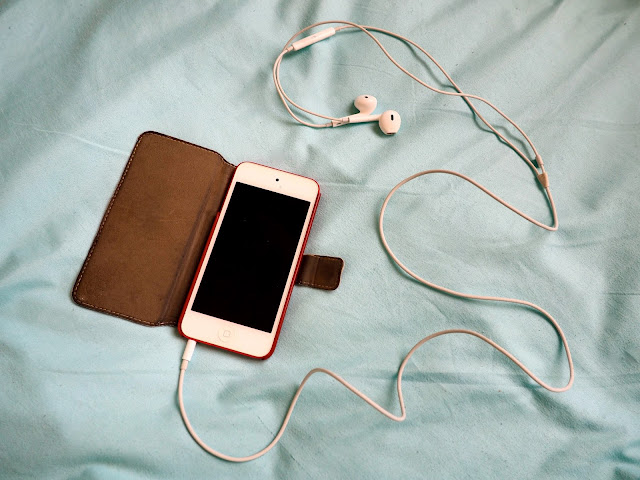 I’ve been listening to these guys for years now – I think it was around the time ‘So Wrong It’s Right’ came out when I first found them, and I was hooked. I’ve followed their progress since, and it’s been wonderful getting to see them play live, and fill bigger venues.

B – Bring Me The Horizon

I was never a fan of theirs at first, but in the past few years, I’ve grown to love them, basically since ‘Sempiternal’ came out, and their most recent release, ‘That’s The Spirit‘ is simply excellent.

A fairly new band, with only one album so far, but the song ‘T-Shirt Weather’ became my sort of summer anthem this year. I’ve yet to see them live, but would love to, and am excited to see where they go in the future.

I honestly think James Veck-Gilodi may be one of the greatest songwriters out there at the moment. I first got into Deaf Havana when a friend asked me to go to their concert with her, and I’m so glad I did, as they’ve been nothing but phenomenal for me ever since. Their last album, ‘Old Souls‘, was something truly special.

One of the more anomalous choices on here. My iPod is packed with rock music, but there’s a couple of dance-type tracks scattered throughout, which I really enjoy when I’m going for a night out etc. Example’s ‘Stay Awake’ is one such track that I happen to have on here.

I liked FOB during their early years, but was never a super-fan or anything. It’s only since they reunited a few years ago that I began really listening to them, and while the old albums are still great and hold a degree of nostalgia now, it’s definitely their new releases that I’ve been enjoying more.

I remember being intrigued at the discovery of a band who share my name – and things got even more exciting upon the realisation that Joel and Benji Madden have the same birthday as me! Weird, right? Anyway, my Good Charlotte selection mostly consists of a handful of their best-known singles.

Lzzy Hale is queen, got it? Although I consider myself a feminist, I seem to be mostly drawn to male bands, despite the existence of many strong, female led bands out there (simple coincidence really) but Halestorm are truly excellent, and Lzzy Hale is a force to be reckoned with when performing!

It took me a while to get into this band, but eventually I bought ‘Night Visions’ and ended up quite liking them.Though history is now repeating I think, as it seems to be taking me a while to really get into ‘Smoke + Mirrors’ now, despite having bought it a while ago!

Another more unusual choice, far removed from all the rock music. Brooks is a simple, pop-style singer-songwriter, and I can’t really explain why I like him. The fact that he isn’t well-known may have something to do with it (god forbid I like popular pop artists!), but either way, his music is just nice and light, and good for relaxing.

Who remembers her? I don’t have much by Nash, and haven’t heard anything from her in a long time, but I loved ‘Foundations’ and ‘Mouthwash’ back in the day, and it turns out they’re both still in my iPod. And apparently I don’t have many other ‘K’ artists.

Another band whom I didn’t instantly love. I first saw them playing as a support act, and there was no real lasting impression made. However, when I ended up listening to their most recent self-titled album last year, I loved it, and am now keen to see what they do in the future too.

I’ve been fans of these guys since I first heard them (I think it was ‘Death Rattle’ I heard first?). A great alt-rock band in the middle of the UK’s strong rock scene at the moment, I thought their first album was good, and their second even better. I still need to cross them off my live list though!

Formerly known as Not Advised (another ‘N’!), I first found these guys when they performed as a support act under their old name. This was followed by several years of patient waiting for their first full album release (after the name change) and luckily they didn’t disappoint with it!

O – One Night Only

I have a strong memory of hearing ‘Just for Tonight’ on the radio and absolutely loving it, and it still remains my favourite song of theirs. My interest faded somewhat over time, though there’s still a few great songs I’ll listen to every now and then, and I’m sure I’ll get round to their upcoming album at some point.

I remember my family finding it really strange that I like this band, compared to the rest of my music collection, but there’s definitely rock influence in there! Anyway, for whatever reason, ‘Immersion’ was a fantastic album, and great for when I wanted to party a bit, though I haven’t listened to it in a while now.

Q – Queen are a pretty legendary band, yes, but I don’t actually have any of their music on my iPod I’m afraid, nor any other artists or albums starting with Q. There’s a Mallory Knox song called QODII?

I’d heard all the hype surrounding these guys for a while, then eventually decided to see what all the fuss was about. I’m so glad I did too, as their debut album is just excellent! More of that please guys.

Come on, who didn’t love ‘In Too Deep’? Such an iconic song, and it certainly holds some nostalgia for me now. I have the whole ‘All Killer, No Filler’ album, although I mostly only listened to the big singles. And for some reason, I also love the song ‘With Me’.

These guys only narrowly lose out on the top spot as my favourite band (see below for who gets no.1) but I absolutely adore them! I remember first hearing ‘Lightspeed’ way back in like 2009 or 2010, and I liked it, but it was hearing ‘Free’ that made me fall in love I think. I’ve enjoyed all their releases so far, and they are a truly exceptional band live – seeing them at the Barrowlands stands out as one of my favourite gigs ever!

U – Um…. nope nothing on my iPod for U. And no, that stupid U2 album that everyone got sent definitely does not count.

I think I borrowed their first album from a friend, and it’s still on here, though I rarely listen to it. There are some really good songs on there, I just somehow never got properly hooked on them as a band.

Another band I first saw as a support act, but didn’t get really into until a few years later. I think it was ‘Weird Kids‘ came out that I got more interested, and later went back and bought ‘Best Intentions’. I always used to just see them as another Paramore, but given that I haven’t enjoyed Paramore’s more recent releases, I definitely prefer WATIC now.

X – Please tell me who you all have for ‘X’ in your music collections (I’ve never gotten into The xx).

At the risk of sounding like a teen fangirl, my babies. Yes, I know, but they have been my favourite band for something like 6 or 7 years now. I know ‘Jealous Minds Think Alike’ was the first song I heard, and it’s still one of my favourites for that reason. Every album they’ve released has been better and better, and there hasn’t been a bad song yet. It’s been wonderful to watch them grow, and although I prefer smaller shows (like seeing them in Paris), seeing them play their arena tour earlier this year was amazing. My iPod is crammed with their music, and I can’t wait for more!

Can I also throw in a Young Guns

honourable mention? A-Z doesn’t always give an accurate representation, since I only have 1 track by some of these artists and heaps by others, and Young Guns only lose out on the Y position because of my love of YMAS. But I have every Young Guns album, they are fantastic live, and just a generally great band!

Z – Hans Zimmer
Cheating a little bit here by using a surname, when I was sticking to first names earlier, but it’s the only ‘Z’ I have! Zimmer has created some of my favourite film scores over the years, but it’s Pirates of the Caribbean: At World’s End

that made it to my iPod. I also learned how to play the closing track, ‘Drink Up Me Hearties Yo Ho’ on the piano years ago.

So what’s in your music collection? Were you surprised by anything in mine? There’s plenty more in it too, that’s not listed on here, but it’s tricky to only choose one artist for some of these letters!

I love this idea – you should definitely look Kate Nash up now. The music she's making these days is so different to Foundations, she makes riot grrrl sort of music now and it's so great for when you just want to break stuff! Hope Hong Kong is working out well for you but don't stay away for too long, I miss having gig pals in Edinburgh xx

Oh wow, really? I will have to look her up, sounds interesting! Yes HK is going well, thank you. I miss gig pals AND gigs though, I keep seeing ones back home I wish I could go to & nobody seems to be playing over here! Will have to make up for it when I come back xx