Time for another tag post guys! I took the questions for this one from a couple of YouTube videos, so it’s a bit of a mish-mash of other tags. But all of this pertains to my life as an expat, since I moved out of the UK to live here in Hong Kong (at least for now…). There’s pros and cons to this lifestyle, as there is with any, so these questions should give you a rough idea of what being an expat is like, at least in Hong Kong – for more details, have a look at my Hong Kong Updates from throughout this year. 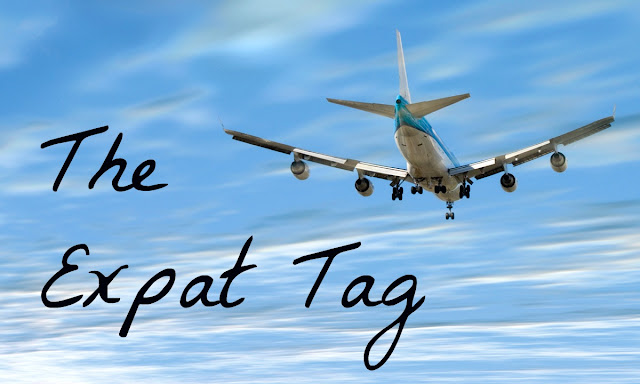 1. Where were you born and where did you grow up?
I was born and raised in Bonnie Scotland, spending most of my childhood in the Borders, before moving to Edinburgh for my university years.

2. What country/countries have you moved to?
I spent a year (well, 9 months) living in France for my university year abroad, since I studied a joint French degree, but I never really count this as moving there, since I only did it out of necessity. After graduation though, I moved to Hong Kong, where I currently live.

3. What made you leave your home country?
Insatiable wanderlust. I want to travel to as many places in the world as I can, so living abroad makes it easier to do so – from Hong Kong, it is much easier to visit the rest of Asia than it would be from the UK. I also have no idea what I want to do career-wise, so escaping to jaunt around the world for a few years before thinking of settling down seemed like the best option after graduation.

4. How often do you visit home?
I went home last Christmas, and it will probably be this Christmas before I go again. It’s not exactly a short trip from here, and since I came to Asia to travel, that’s what most of my holidays are spent doing. Christmas is the one I want to spend at home though, since we always spend it with a lot of family, and I’d feel like I was missing out.

5. Do you see yourself as an expat or immigrant?
Expat. To me, an immigrant is someone who has moved to another country permanently, while an expat is probably intending to move home again eventually, and I am definitely in the latter group.

6. What’s the best thing about living abroad?
The adventures I have here. Moving to Hong Kong gave me a whole new place to explore, and easier access to the rest of Asia, and I get to see all these amazing places and have all these fun experiences. And since I’m not looking to settle here, or anywhere just yet, I have a degree of freedom and am able to live in the present a lot, whereas I think if I were back home I would be thinking far more long-term a lot of the time, and I’m not ready for that just yet.

7. What’s the worst thing about living abroad?
Homesickness and being so far away from family and friends. Obviously there’s a lot of people back home that I care about, who I don’t see as often now. Technology is good for staying in touch, but it’s not the same as being there in person. There’s also little things about home that I’ll suddenly miss now and then – not hugely important things, but enough to make me wish I was back home every so often.

8. Have you experienced culture shock in your new country?
Of course! I moved to a whole other continent. Hong Kong is funny, as it’s history means there is a large British/Western influence on the city, but it’s still undoubtedly Asia. One thing I’ve had to get used to is the very crowded streets, where there seems to be little regard for personal space, which was something I struggled with a lot at first, and still do. There is also a lot of focus placed on academics and achievement here – I’m teaching English lessons to two year olds for goodness sake, which would be unheard of back home. The children also have assessments twice a year, are expected to take part in school shows and competitions, and do plenty of extra-curricular activities – it’s all far more intense than my childhood was!

9. What do you miss most about your home country?
Family and friends are number one of course, but also just being around familiarity. I love experiencing new places, but I feel like a foreigner and outsider much of the time, so I miss that sensation of fitting in somewhere, and belonging there, which is something I don’t think I will ever find in another country. Oh and the weather. Hong Kong is too damn hot and humid for me.

10. Which holidays do you miss from your home country?
My town has a local holiday, a festival known as the Common Riding, which is unique to our region of Scotland. Growing up, I never took a huge interest in it, and only attended its events a few times, but whenever that time of year rolls around again (even when I was living in Edinburgh!), I see all the photos online and sort of wish I was there again, at least for some of it, since I haven’t been to any part of it in several years now.

11. What food items do you miss the most?
What don’t I miss! To be fair, there is a lot of Western food available in Hong Kong, but a lot of it is not quite the same as back home, or you have to really hunt for it, or travel to other parts of the city to find it. I miss things like haggis, roast dinners (beef, Yorkshire pudding, roast potatoes etc), Mars Bars, Dairy Milk Caramel, tablet, English muffins, custard, and probably a bunch more I’ve forgotten about just now.

12. Has moving abroad affected your dress sense?
For the most part, no. I’ve had to buy various work dresses, which are not super formal, but are not the sort of thing I would wear at other times. And the humidity means I wear summer clothes and flip flops a lot more than I would back home, but my overall style hasn’t really changed at all.

13. Did you have to learn a new language to fit in?
Not really, most people in Hong Kong have enough English to get by, and the majority of signs, menus and such are in English as well as Cantonese. There are occasions when I simply cannot communicate with people, but it doesn’t happen often enough to make me need to learn Cantonese. However, I have picked up a handful of phrases and words in Cantonese (mostly instructions for my students), and i can sometimes get the gist of what other teachers are saying based on the words I do know, and their gestures and body language.

14. What new interests have you gained since moving to your new country?
I don’t feel like I’ve started anything new, but I have done more of things that I previously enjoyed, but didn’t so all that often. Naturally, travelling is a huge interest of mine, and I’ve been able to do far more since coming here. I used to practice yoga occasionally, and while I don’t go to classes or anything here, I do it at home more often than before. And I do enjoy hiking and being outdoors, but living in such a densely populated, urban area, has made me go off seeking open space and country hills more often than before.

15. Do you make sounds or use words that are not typically used in your new country?
I’ve had to leave most of my Scots dialect behind, as no one here would understand it. Many people can’t place my accent here, as it’s not very thick anyway, and sounds even less so when I’m not using Scots words – I’ve had people guess all sorts of countries! But other Scots can usually distinguish me as a fellow countryman, thankfully!

16. Are there any other countries that you would like to live in?
Absolutely! Hong Kong is great, but it’s still just one part of the world, albeit very far from my home. I didn’t come to settle here, but to travel more, so I definitely want to live in more places – I’m eyeing up South Korea, Australia, New Zealand and Canada as future possibilities, but there’s also plenty of other places I haven’t ruled out either.

17. Do you think you will ever move home for good?
Yes. I love travelling and exploring the world, but my family and friends are all back home, and I honestly cannot picture myself living anywhere other than the UK (preferably Scotland) permanently. I won’t be moving back for a few more years yet, since there’s so many other places I want to see, but I absolutely see myself settling down back home eventually.