Charlotte Life, Other, Travel 2
So I’ve been living in Hong Kong for a week now, and thought I’d share what I think about the place so far. I was pretty jet-lagged for the first weekend, then I’ve been in work all week, so I haven’t seen much beyond the areas where I live and work so far – that will be changing though! I work 5.5 days a week, so Sundays will be when I go exploring, with maybe Saturday afternoons too, if I’m not too tired. For now, these photos are all of the area where I live, Mong Kok. 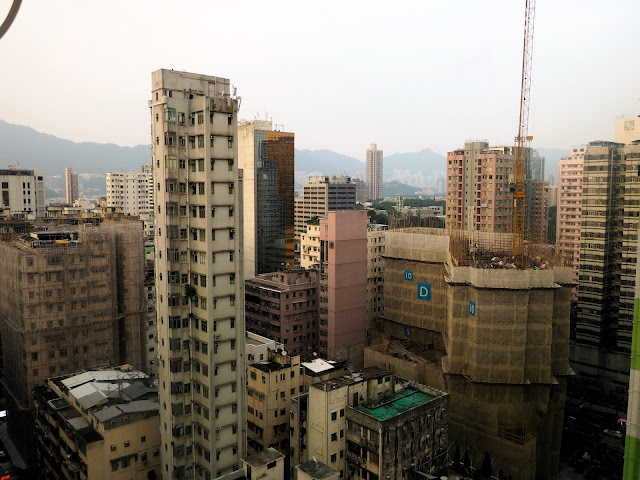 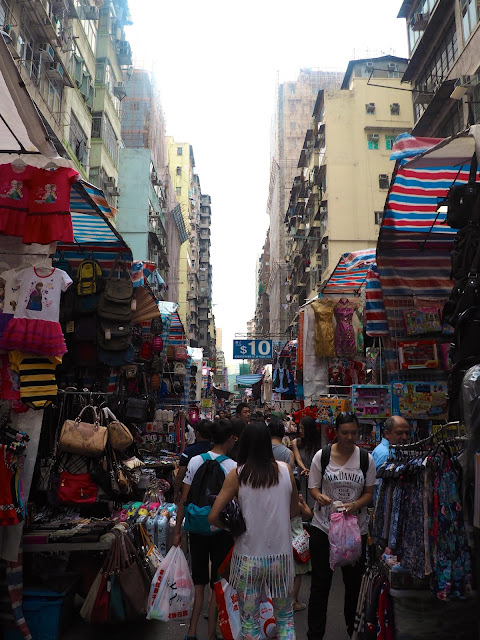 I’m living in the area called Mong Kok, in the Kowloon region of Hong Kong. I haven’t seen too much of the main island yet, but that’s my next intended stop. My flat is pretty tiny, as it to be expected from HK, but I didn’t quite appreciate just how small it would be until I saw it – I will be doing a flat tour post soon! It’s also on the 20th floor, which sounds high, but as you can see from my view, most buildings are that tall, so it doesn’t really feel that high. The skyscrapers are certainly different to me; they look pretty cool, in some respects, though not ‘pretty’ like I think of back home as being, and it’s weird to see so little of the sky from the ground. The height of the flat does mean it’s not too noisy though, being far above the street. The street I’m on is actually Ladies Market, so there’s no traffic, it’s just crammed with dozens of stalls, mostly selling things for women. I have to walk down a narrow passage behind them to get to my door! It’s a 30 minute bus ride to work, in Tsuen Wan, which isn’t bad – I’ll post more about my work soon too! The bus isn’t all that busy at 7.30am, and public transport is pretty easy to navigate, with the help of apps and an Octopus card. The MTR (Underground) is the other main form of transport; I’ve only used it a couple of times so far, and it’s even easier than the buses, though can be absolutely jammed at certain times of day! 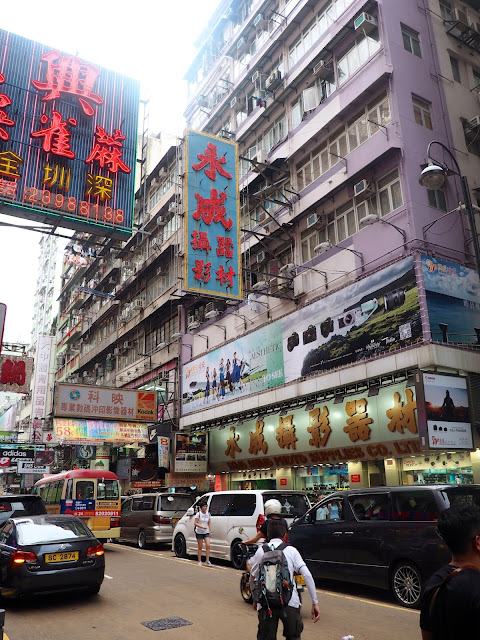 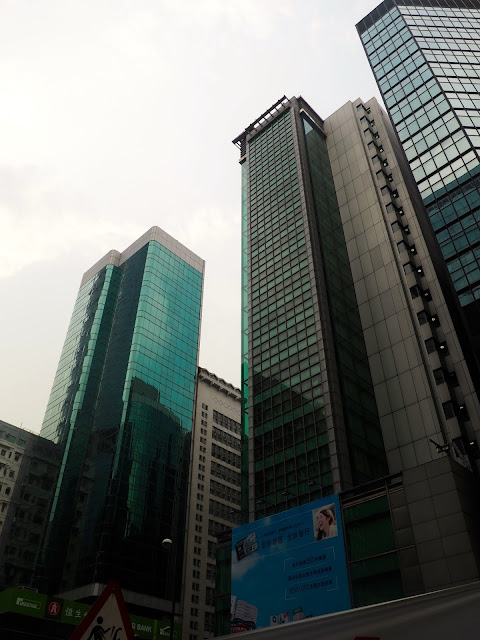 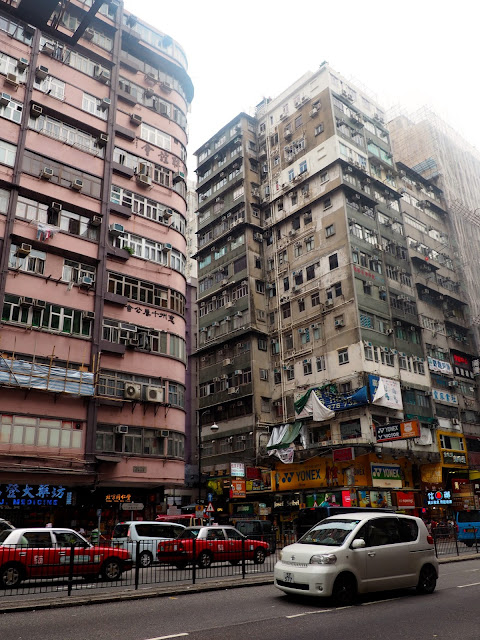 The streets around here are BUSY. For those who don’t know, I grew up in the countryside, and Edinburgh is the biggest place I’ve lived, so it’s taking me a while to grasp just how many people are crammed into this city. Yet for being so busy, everyone seems to walk pretty slow, which I’m finding very frustrating. It’s worse when they can tell you want past (especially when browsing shops) and just don’t move at all. This is definitely something I’m struggling with so far. I also find all the tall buildings a little claustrophobic, so I will be going in search of open spaces, but I’m already more used to it than I was when I arrived. Everything also stays open really late here, so the streets tend to be busier in the evenings when people are finished work – there’s a lot of light, colour, and noise and it’s both very cool and a little overwhelming! What’s not cool though, is the temperature. Again, I knew HK was humid, but it takes some getting used to after living in Scotland. I’m indoors most of the day at work, so I escape the worst of it, but I was then pretty surprised by just how hot it was when I came out of work at midday today! There hasn’t been too much in the way of thunder and rain lately, but it has been quite cloudy – I glimpsed hills in the distance from my window for the first time today! 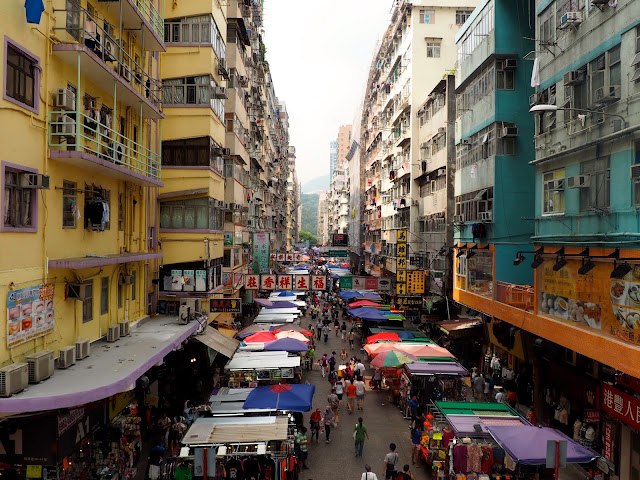 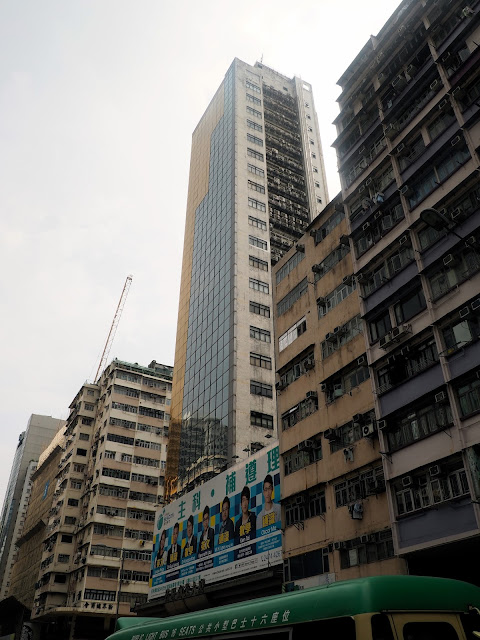 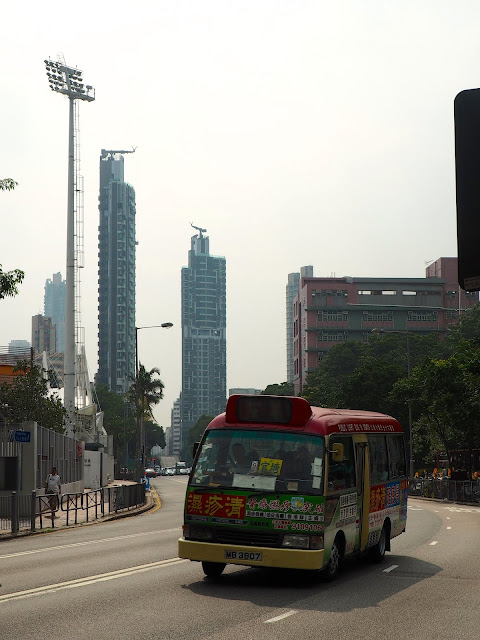 I’m still adapting to life here of course – one big issue I’m having is food, as I don’t know what anything is when eating out or in the supermarkets half the time! Our tiny kitchen is also a bit restrictive in terms of cooking, but I prefer making food here to buying it out all the time. I’ve been for a few meals with people though, which have been pretty good. I’m still working on using chopsticks though! I’m a little wary about what I’m eating though; my flatmate has already had a touch of food poisoning, and after hearing some horrible stories about food from China, I’m obsessively checking labels in the supermarket! I’m sure I’ll survive somehow though… Anyway, so far Hong Kong is very overwhelming, but exciting. My initial homesickness has subsided for now, though I know it will be back at times. I’m keen to see more of HK of course, but so far I prefer home – I don’t think I’m cut out to live in such a hectic place forever. But I wanted to see more of the world, and I certainly found something very different!