So seeing as I’m settling into yet another brand new country, I’m naturally feeling quite homesick, especially since I haven’t been home since Christmas (8 months now, the longest I’ve ever been away). So today I’d like to remember home a little bit, and given that I’m yet to have any interesting Korean adventures to write about, a quick tag post about Scotland will do the job for today. I got the questions from the original Scottish tag on this YouTube video, but then I added a few more of my own on the end. 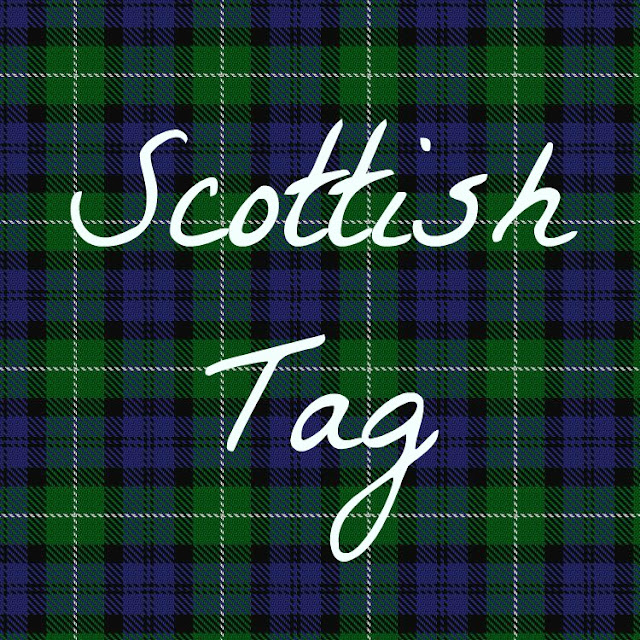 1. Whereabouts in Scotland are you from?
I grew up in the Borders, in the south east of Scotland – the county on the map in between Edinburgh and the border with England (hey, guess how it got its name!). Specifically, I’m from a little farming village about 20 minutes outside a town called Hawick (bonus points if you know how to pronounce that one properly). I lived there my whole life, until I was 17 and went to university in Edinburgh.

2. Where’s your favourite place you’ve been to in Scotland?
While the Borders will always be home home, I got very attached to Edinburgh during my time there. It’s such a beautiful city, it has so many fascinating stories from its history, there’s easy access to nature, in the surrounding hills or even the beach, and there are so many fun, cultural activities to be doing there. There’s easy access to the rest of the country too, especially with Glasgow just an hour away. Even though it isn’t huge, it’s got plenty going on, and it will always be one of my favourite places, not just in Scotland.

3. Where would you like to visit in Scotland?
I really haven’t seen all that much of my own country! I’ve seen more of the Lowlands than anywhere else though, so I’d love to explore the Highlands a bit more, and actually see some of those beautifully photographed landscapes in person. There’s all the islands to explore too, from Orkney and Shetland way up north, to the Outer Hebrides along the west coast.

4. What is your favourite Scottish film?
Trainspotting is the first one that sprung to mind. I don’t really think I’ve seen many others actually! I like Trainspotting though (I’ve read the book too), because of how brash and crude it can be. It has this dark sense of humour, which I enjoy, and I think is quite typical of Scots, and it shows a darker, harsher side to a city that is usually seen as so beautiful.

5. Do you match up to any Scottish stereotypes?
Well, as I just mentioned, there is a slightly dark, pessimistic sense of humour that many of us have, including myself. We are sometimes generalised as being a grumpy, miserable lot, and while I do like to swear and complain sometimes, I’m definitely not like that all the time! I suppose I do also drink a lot, and can normally hold my drink pretty well (there are exceptions, of course), and I’m partial to a dram of whisky from time to time. In terms of the more clichéd stereotypes, well, I do like haggis and bagpipes and a man in a kilt, but they’re certainly not part of my daily routine!

6. What is your favourite Scottish food?
Tablet is utterly delicious, and one of the less well known Scottish foods I think. For those unfamiliar with it, it’s made from boiled up sugar, condensed milk and butter, which then sort of crystallises into a hard sweetie, which just melts to sugar in your mouth. It’s so sweet though, you can only have a little at a time. I do also love haggis, neeps and tatties, though I typically only have it a couple times a year, and recently I’ve been craving macaroni pies again!

7. Do you follow any Scottish traditions?
I wouldn’t say there’s any I follow regularly, but there’s some I like to take part in when I can. I’ve only been to a couple of Burns suppers before, but I do enjoy them, and I love a good ceilidh dance when I get the chance. Hogmanay (New Year) is a big deal for us too, and some years I’ve really gotten into it – such as when I went to the Edinburgh Hogmanay street party – while other years have been much more casual affairs, but I’ve always done something for it. Other traditions, like wearing kilts or playing bagpipes, are not ones I personally take part in (since usually boys wear kilts, and I can’t play bagpipes), but, as mentioned, I do enjoy them when I get to witness them.

8. What is your favourite Scottish word?
Oh there’s so many to choose from! I’ve had to stop using a lot of Scots words when travelling, since no one understands them, but I’m still quite fond of “numpty”, which means idiot. “Eejit” is another good one meaning the same, and I do quite like “mingin” (disgusting) and “wheesht” (shut up) as well. Other little words, like “aye” (yes), “wee” (little) and “ken” (know) are usually the first to slip back into my speech when I’m home or with other Scots.

9. What is your favourite Scottish song?
A good Scots song will often make me feel very patriotic, and often emotional! There’s two that pop to mind immediately; the first is Caledonia (originally by Dougie MacLean), which is such a beautiful slow ballad, and is highly relevant to me now that I’m living outside of Scotland. The second is Loch Lomond, but specifically Runrig’s version, which is a great way to get a crowd moving! Auld Lang Syne is also a very important one to us, and one of the most famous in the world, but I like it best when we do it properly, usually at the end of a ceilidh, and everyone crosses hands in a circle and the runs into the middle and out again, pulling each other’s arms from their sockets!

10. Do you support Scotland in sporting events, even when we always lose?
Of course! Scotland has a small population to source our sporting teams from, but I think we are also some of the most loyal fans in the world. And while we can slag them off all we want when they lose, heaven help anyone else who tries to! I don’t follow a lot of sports, but rugby is the one that I really get behind, and I will get very passionate during matches – to the extent that my old flatmate knew who was winning during the 6 Nations, based on my yells from the next room. The atmosphere is even better in person though, when the whole stadium comes together to support the team.

11. Who is your favourite Scottish musician or band?
Twin Atlantic. I’ve cheated on so many questions here, picking more than one answer, but there’s a clear winner for this one. I love Twin Atlantic’s music a lot, and this is mainly just because I like their musical style; it has nothing to do with where they come from! But it does make me a little proud that they’re Scottish, and given that for most bands, their hometown shows are the most special, seeing these guys play in Glasgow was nothing short of amazing.

12. What is your favourite Scottish tradition, holiday, or event?
So I already mentioned some traditions in question 7, and ceilidhs are definitely one of my favourite traditions that we have. I do like our history and culture attached to Burns Day and Hogmanay too. However, one of my other favourite events is the Edinburgh Fringe Festival. I do have a bit of that love/hate thing going, where as a (sort of) local, by the end of the month I really want everyone to leave the city, but overall, I think the Fringe is fantastic. It’s big and diverse and weird and wonderful, and it’s actually far more of a multicultural event than a Scottish one, which makes it even more exciting in many ways. And it’s unique and special to Edinburgh, a city I love dearly anyway.

13. Did you learn any Scottish “skills” when you were young, like an instrument or dancing etc?
Is there any school in Scotland that doesn’t teach ceilidh dancing? None that I know of anyway. It’s basically part of our curriculum, that we do country dancing in P.E. for 4-6 weeks each year, just before Christmas, and it’s one of the only skills they teach in school we’re guaranteed to use again, and I definitely have. When I was really little I enjoyed it, then of course there was the early adolescent phase of no way on earth am I going to go ask a boy to dance. But eventually I began to love it again, when I got past those funny insecurities, and learned to dance with anyone who was there. I was pretty good at dancing and remembering the steps (and still do!), but half the fun is everyone screwing up anyway.

14. How thick is your accent – can other people understand it?
Not very thick at all, much to my disappointment. My parents always encouraged me to talk “properly”, as they said, when I was younger, since our town’s dialect is strong and incomprehensible to most other people. And this has stood me in good stead over the years in many ways, especially now that I’m an English teacher overseas, it’s quite important for people to understand me easily. My accent and dialect get a bit stronger back home, or around other Scots, but it’s never been very strong. It makes life easier in some ways, but I’m always disappointed when people have to ask where I’m from and can’t detect the accent at all.

15. What is your favourite thing about being Scottish?
I love my home country dearly, and so one of my favourite things is the pride that we have for it, as a nation. While too much national pride can be problematic, and even dangerous, Scots are fiercely proud of our country, but also friendly and welcoming to others (in general I mean; there’s always a few dickheads who ruin it for the rest). We may have a reputation for being a bit grumpy and miserable, but we frequently rank among the friendliest places and people on the planet. And I’m proud to come from a country with such a strong national identity, with so much history and culture, and with a powerful sense of community within our population.

Growing up, being Scottish was never something I thought much about, since every other person I knew was also Scottish. But now that I travel and live abroad, and even a little when I was at university and surrounded by non-Scots, it’s become a much bigger part of my identity. Travelling has allowed me to see so many places and cultures, and I think it’s so important to understand and appreciate each other’s differences and traditions and identities, and it just so happens that Scottish is part of mine. Even if people can’t recognise my accent straight away, I’m very proud of being Scottish, and I love my little country. Sure, nationality is circumstantial, and there are arguments to be made that it’s a silly thing to be proud of because of that (and yes, there are dangers that come with excessive national pride, though that’s not me!). But I’ve travelled to so many places now, and while I love experiencing other countries and cultures, Scotland is what I grew up with, and it’s me and it’s my home. I’m not sure exactly when I’ll move back – it might be a couple more years yet – but there is not one part of me that doubts that I will.