I’ve posted a fair number of concert posts on here in the past, but this must be my first classical music post. I do like classical music from time to time, especially in the background when I need to concentrate on something – and not sing along to lyrics! And as a pianist, I’ve played my fair share of it as well, but it’s rare that I go see it live like this. However, when my flatmate got tickets for Ludovico Einaudi recently, I wasn’t saying no! 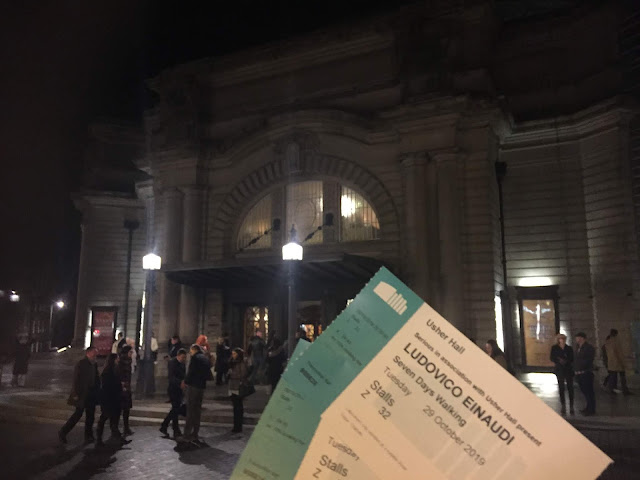 I don’t know all of Einaudi’s repertoire in great detail, but I’m familiar with his most famous pieces, and I do have a book of his sheet music. Considering most of the classical piano music I play is by composers from hundreds of years ago, this was an opportunity to see someone contemporary in person. This concert was for his latest release, ‘Seven Days Walking’, so it would be new to most people anyway! It consists of seven volumes of music, which were released over seven months earlier this year.

The Usher Hall is a venue I’ve been to many times in the past – including for my own graduation – and it’s a lovely hall, well suited to something such as a classical music concert. We were seated quite far back in the stalls, and I did have someone’s head blocking my view much of the time, but it didn’t matter hugely since it was more about the listening than seeing anything. Einaudi played on a grand piano, and was accompanied by a violinist and cellist as well. There was a backdrop behind them, playing various projections and moving images throughout, which was definitely interesting to look at, since the musicians themselves don’t move much! 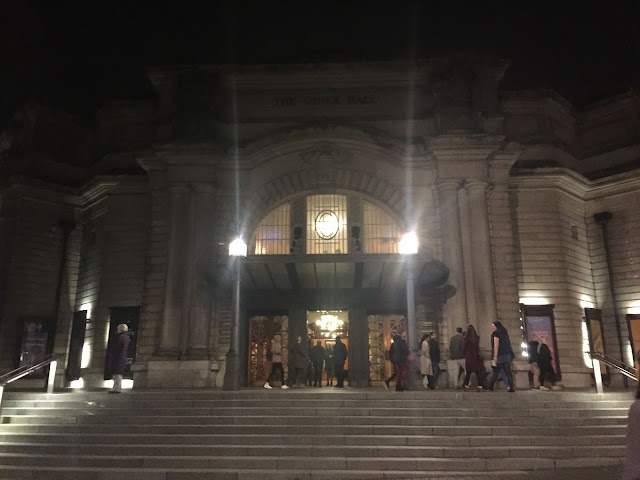 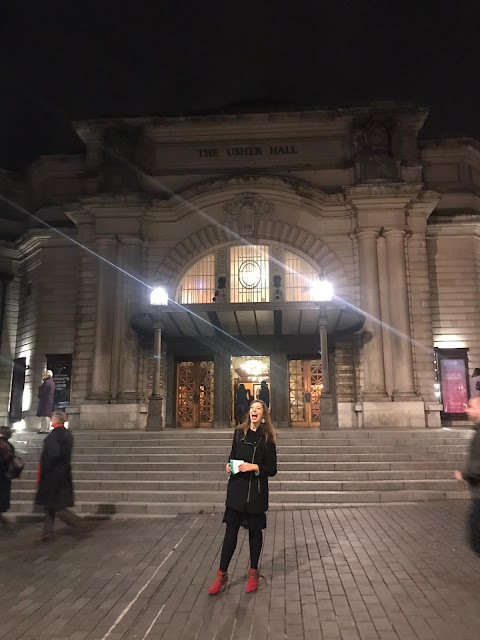 He would play huge long stretches of music continuously, switching from piece to piece seamlessly. Obviously he is a million times more talented, and has put in far more hours of work to the piano than I have, but as a pianist, it was still mind-blowing to me how he memorises so much, without ever putting a finger wrong! Naturally, your mind wanders as the music plays, so it’s always interesting to see where classical music takes you. These works were inspired by his own walks through the Alps, and of course, the images projected behind him could spark thoughts for the audience as well. Many of his pieces have similar structures, and repeating phrases, so they’re all typical of his compositions, but there’s also enough variety to keep things interesting throughout.

The show was almost two hours, with no intervals, which I thought might get a bit boring or restless – I’m not good at sitting still for long periods of time! – but I managed fine in the end! You could tell people were waiting for the short breaks between segments to go to the bathroom and such, but these were often twenty minutes apart. After playing his ‘Seven Days Walking’, the performers all went off stage, then Einaudi returned alone for an encore, which was a medley of some of his older, most well-known pieces. This was just him and the piano, no accompaniment or background images this time. 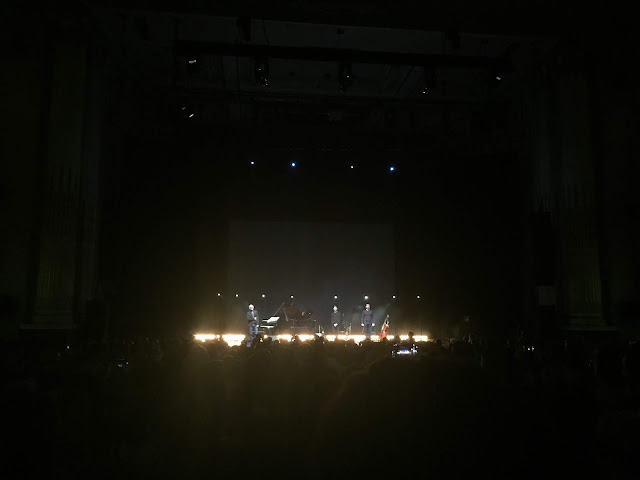 It was a lovely evening overall, very soothing and relaxing to listen to classical music for a couple of hours, and not dwell on other things, or feel like you should be doing something productive with your time. It was also a rare opportunity to see such a talented, famous composer live and in person, so I was very glad that I went along!