2016 produced a few albums I really enjoyed, but I realised that 2017 is going to involve several more that I’m eager to get my hands on. It’s just coincidence that they’re all being released close together too! I thought I’d share these albums that I’m excited for, and it’s all prompted me to check up on some artists I haven’t heard from in a while, and start scouting for new artists I haven’t listened to before. 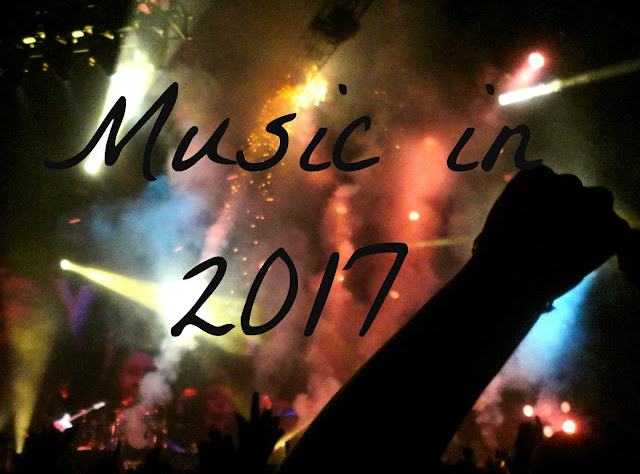 You Me At Six – Night People (6th January)
So, officially at the time of posting, this album will already be released. But it isn’t as I write this, and it’s an album I’ve been anticipating for months. Anyone who knows me, or has read this blog for a while, knows that You Me At Six have been my favourite band for years, and while there’s always a degree of nervousness about new releases – what if I don’t like this one? – the handful of tracks that have already been released from this album suggest I have nothing to fear, as they’re simply excellent.
Update: review here

Deaf Havana – All These Countless Nights (27th January)
Another of my favourite bands, who are releasing their fourth album this year. From interviews and such, this record nearly didn’t happen, which would have been such a shame as Deaf Havana have produced some fantastic music over the years, with “Old Souls” being one of my all-time favourite albums. James Veck-Gilodi is a supremely talented musician and songwriter, and with the tracks that have been released so far, the new record sounds like it could be their best yet.
Update: review here

Lower Than Atlantis – Safe In Sound (3rd February)
I’ve dipped in and out of Lower Than Atlantis over the years, and only really properly got into them with their most recent self-titled album. I’m hoping their music continues in that direction, as I quite enjoyed it, and the tracks released so far have been pretty good too, though I haven’t listened to them many times so far. I’m definitely keen to hear the new album this year though.

Mallory Knox – Wired (10th March)
I’ve been following Mallory Knox since album one, and while they aren’t at the top of my list of favourite artists, they’ve consistently produced some great, solid rock music. The first single from this record didn’t instantly catch my attention, but their previous releases have contained some stand out tracks, so I’ll definitely be checking out their new album to see what’s in store.

Circa Waves – Different Creatures (10th March)
I absolutely loved Circa Waves’ first album, with its bright, summery, indie-pop-rock feel that made me want to jump around outside. The first single from their follow-up record has quite a different tone to it, a bit darker and moodier, so I’m intrigued to see where they go with this direction, but hopefully I’ll enjoy this album as much as the first.

Natives – TBD
I’ve followed Natives on and off over the years, and haven’t listened to them in a while, but they’ve released a couple of new tracks recently, and mentioned a new album coming soon, so hopefully we’ll see that this year! Their new “tribal pop” style, as they’re calling it, interests me too, as it’s different to their previous stuff, but also different to a lot of other music these days, so I’m curious to hear more.

Don Broco – TBD
I don’t know if there’s new Don Broco music coming this year, but 2016 saw the release of a new single, and it’s been a couple of years since their last record, so I’m hopeful something may be on the way. They’ve produced some really great tracks on their first two albums, so I’m always eager for more, and if you haven’t listened to them before, definitely check them out!

Counterfeit – TBD
Counterfeit have yet to release a debut full length record, but after a few EPs and singles, I’m eager for more, and from a few things online, it sounds like 2017 will see the release of more music from them. They’re style is a little heavier than my usual taste, but I’ve enjoyed what they’ve released so far, and they seem to have the potential to produce some really great material – fingers crossed for it soon!

These new releases are all from artists I’ve listened to before, and I know I enjoy their music. Naturally, there’s the chance a band could release something new I don’t like as much, but all of the track records of these bands have been good for me so far! I’d also like to check out some bands I haven’t listened to before, as I was quite lazy about doing that in 2016. There have been a few recommendations I’ve kept note of (PVRIS, As It Is, Frightened Rabbit, twenty one pilots) and then there’s fairly well known bands that I just don’t listen to much – I’ve never really gotten into Arctic Monkeys yet, and I feel I should explore them more. I also tend to stick to current/recent music, so I want to try to check out some older bands, some classic rock ‘n’ roll and punk sort of stuff, to understand where musical influences have come from – recommendations welcome!