Happy New Year! New Year, new me… No, I doubt that. But, as I’ve done previously, the New Year can be a good time to look at where you are in life, and think about what you’d like to change or improve about yourself. I’m by no means going to become a brand new person overnight, but there are always things that can be worked on. They say the way you spend New Year’s Eve can reflect how you’ll spend the rest of the year – I spent it on a plane travelling back to Korea, so hopefully that means there’s more travel ahead. It’s not been the most positive start so far, as I’ve realised I’m unhappy in my current position, but that’s prompted me even more to think about change. 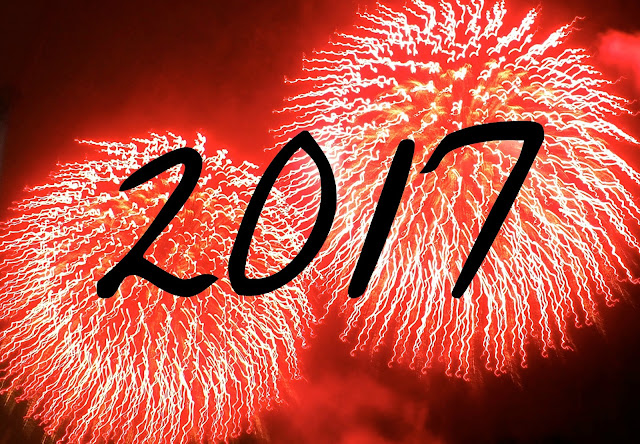 So, first up I’d like to find what makes me happy. I mean this on both a short and long term basis. Short term, I need to change things, as I realised over Christmas that I’ve not been that happy recently. But I won’t say more about exact plans until I figure some things out. And I think it’s worth spending a little time starting to think long term. I always say I’m “muddling through life”, and being only 22, I’ve got plenty of time to figure things out, but if I can think about what it is I need to be happy, then that’s a decent start. I don’t want to spend time on things that are going to be make me miserable, or else what’s the point of it all? Travel has obviously been a big part of that in recent years, but I don’t see myself living abroad long term, so I need to start thinking about how I can incorporate that with living in the UK (which is so far the only place I can picture living where I would be happy).

That’s not something that will be sorted within the next year, as I’m not planning on moving home just yet. I intend to keep working in Asia until the summer, at least, then use my savings to travel around some of the other countries I haven’t been to yet – Japan, Singapore, Malaysia, Indonesia, China and maybe a couple of others depending on funds. I’m hoping to be back in the UK towards the end of the year, and be able to think about what to do next (again, it may involve being abroad a little longer), and spend some more time in the UK with family and friends, as my visits have been so brief lately.

I’ve a few smaller goals too. I walk a lot since moving to Korea, but I am lazy with maintaining my yoga plans, so as with every year, I’d like to try and get back to a regular schedule with that again. Since I start work later in the day here, I’ve been trying to do it in the mornings, as I have no energy for it when I get home, but since I’m not a morning person in the slightest, that hasn’t always worked out! I’ve also been eating a lot of chocolate and sugary foods recently (partly due to aforementioned unhappiness I think), so I really should try to cut down! I’m finding it difficult to eat particularly healthily though, as I only have a hob to cook on, so there’s limited options. I’m lazy too though, so I should work on that!

One thing I wanted to try to do last year, which didn’t go that well, was cut down the amount of time I spend on my laptop, either watching TV or just flicking around websites, not doing very much. I think it’s ok to do this some of the time, especially nights when I finish work later and don’t have much energy to do anything else. However, other nights and weekends when I’m not going out, I want to try to use my time for other activities, especially writing (either my notebook journal by hand, or using the computer but staying offline) and reading, as I’ve not read many books at all this year! I wouldn’t mind picking up some new hobby or craft, but it’s difficult when living abroad temporarily, as I can’t buy too much stuff, such as for crafts, when I keep moving country. I miss things like playing the piano, or even way back when I did cross-stitch, but I don’t have the means for them here. One day!

And as with every year, I’ll continue to face new challenges and grow as a person, often without really resolving to. Living and working abroad, and doing extended travel stints of a month or so, has forced me to learn so much. I’m more confident, more adaptable, more independent and a hell of a lot braver than I used to be. That doesn’t mean it comes easy – I’ve definitely broken down in tears enough times, and wanted to call it quits – but I’ve kept soldiering on and it’s slowly making me stronger. And I have no doubt that I’ll do the same again this year.

What are some of your New Year’s resolutions, or goals and plans?