The city of Edinburgh is built across seven hills, so it shouldn’t be surprising that there are ample locations for hill walking and hiking, ranging in difficulty. Calton Hill is one of the simplest climbs, while Arthur’s Seat is easily the most popular route, especially amongst tourists. Many of the other hills are less well known, and although I do know of them, I haven’t climbed many of them before. So, when I had a day off this week with a decent weather forecast, I headed out adventuring, up Blackford Hill. 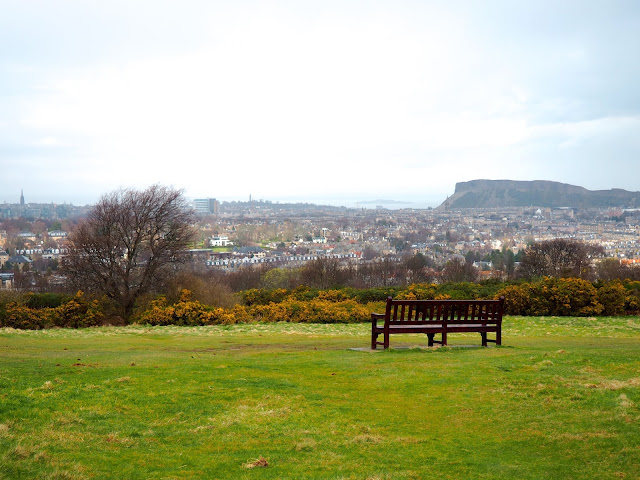 Blackford Hill is to the south of Edinburgh, just beyond Marchmont – so about half an hour away from where I currently live. I walked down through Bruntsfield and Morningside, until I reached Hermitage of Braid, the stretch of woodland between Blackford Hill and the Braid Hills. This portion of the walk, through the forest, was a simple, flat walk, alongside the Braid Burn. I took the path to the left of the river, which is narrower and more rugged, unlike the paved path on the right side, which was full of parents and children that day. It’s a fairly peaceful walk for the most part, and reminded me that this is one of the reasons I enjoy living in Edinburgh, as you can find these pockets of green space, and forget you’re in the middle of the city. Along this path, I also passed the large dovecot, and the community walled garden, followed by Hermitage House, hidden away in the woods.

At the house, I followed the path to the left (not the paved path going right) past the house, which climbs up the hillside behind it. I was using some directions I’d found online, as well as the maps around the woodland park, which was helpful as I now left the path behind altogether to hop across a stile and into a wide open field. You can return to city streets across the field, but my day wasn’t over yet, as I tramped across the slightly muddy field, heading right towards Blackford Hill itself. Passing through a gap in the stone wall, I then followed a narrow path to the right – not up the stairs towards the pylon! 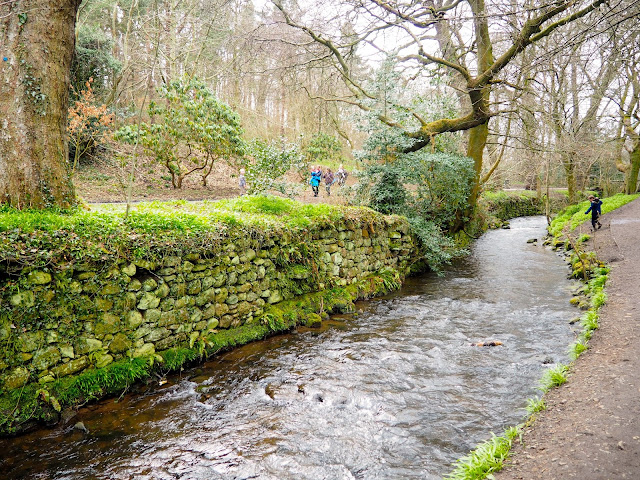 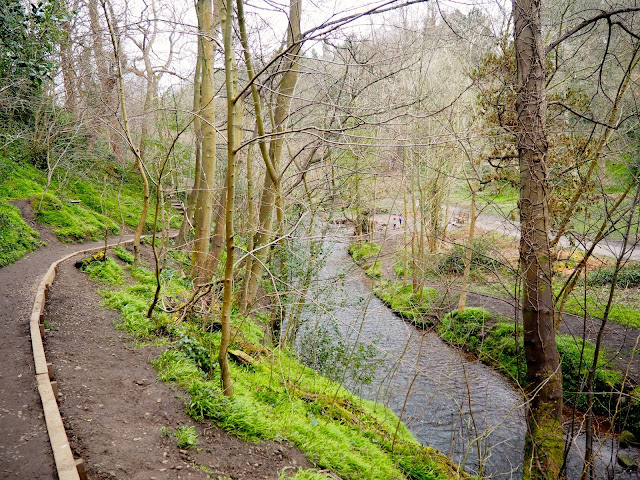 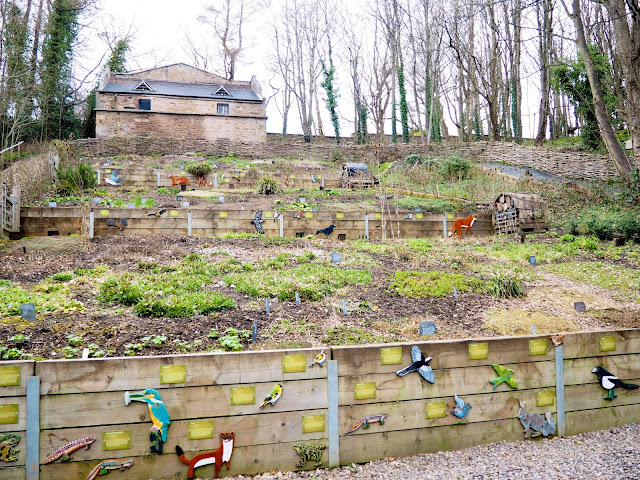 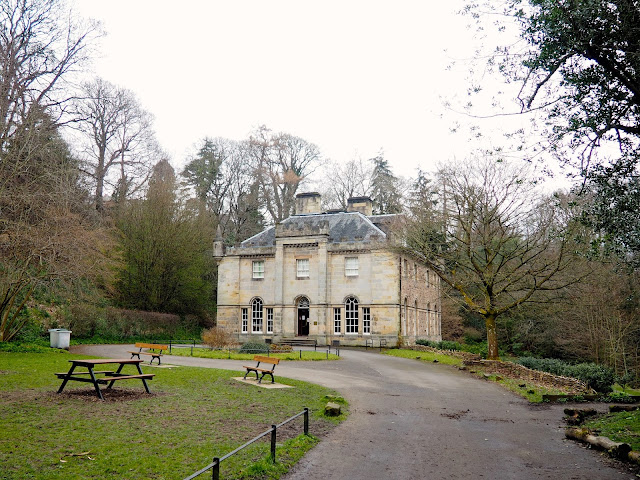 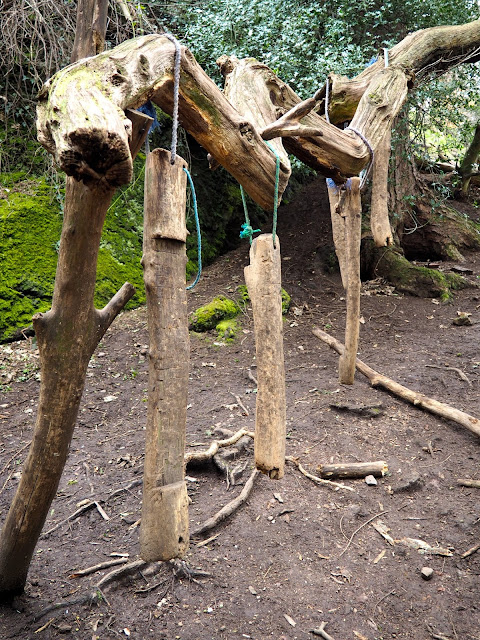 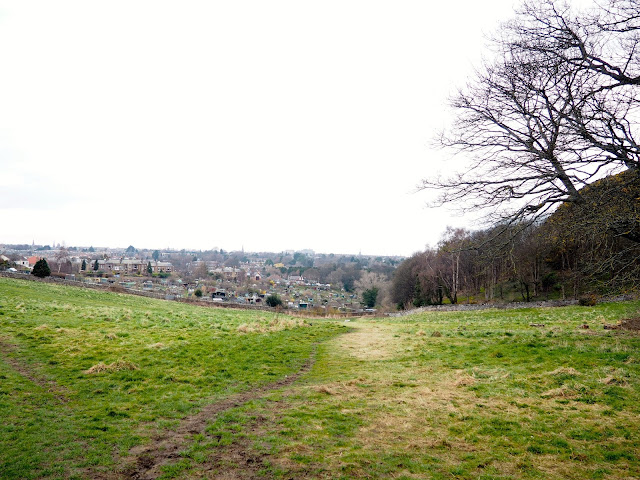 This path winds around the north side of the hill, opening up views of allotments below, and the first glimpses of Holyrood Park and the skyline of the Old Town. It was around this time that it began to rain – the forecast had told me that it wouldn’t rain until later that evening, so this was somewhat disheartening, especially as it was that misty, drizzly rain, which fogged up the skyline completely. I couldn’t really turn back at this point though, so I trudged on through the damp. The path disappears after a while, leaving me roaming across an open grassy area, and I veered to the right in order to get to the summit of the hill – when I say summit, it’s a wide open space, not a small summit like on Arthur’s Seat. 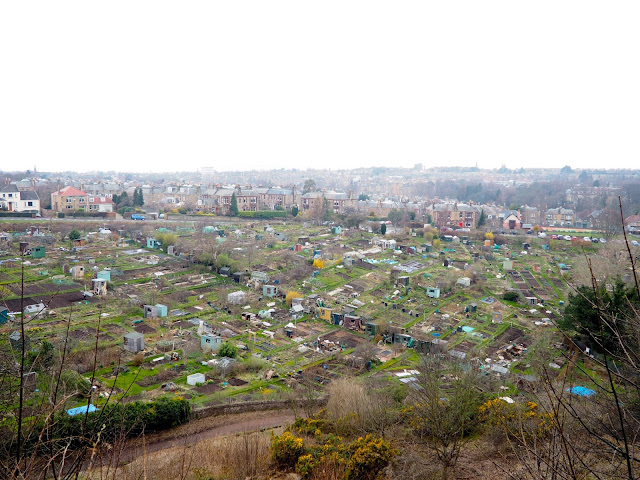 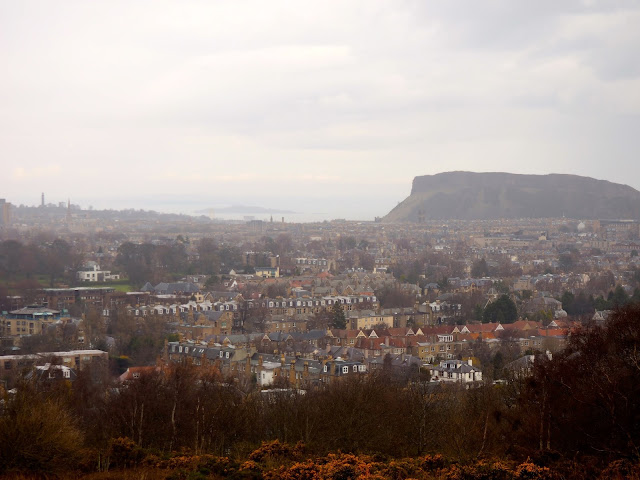 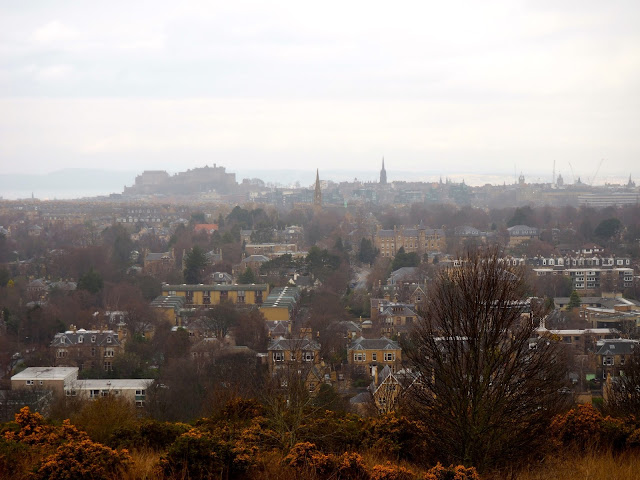 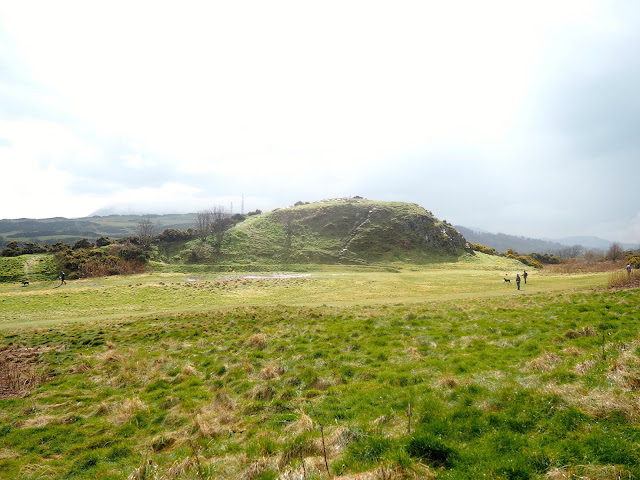 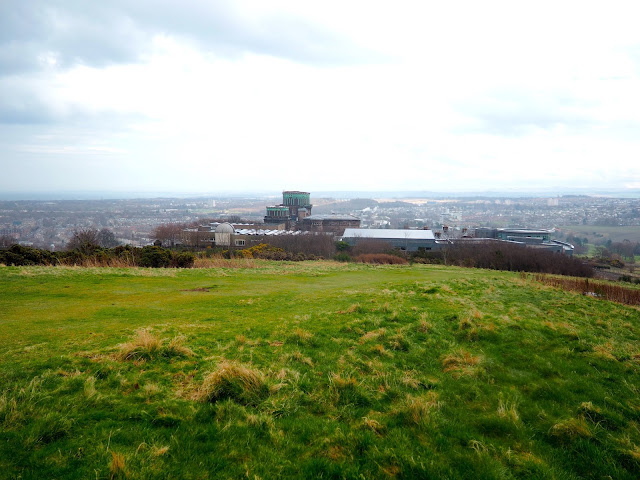 I lingered a while at the top, just wandering around, and my patience was rewarded as the rain began to clear and I was able to get some slightly better shots of the view (as best as I could hope for without sunshine). To the north are the major sights, with Edinburgh Castle and Arthur’s Seat visible, and even the Firth of Forth beyond them. However the views in the other directions are no less beautiful, with East Lothian and the North Sea to one side, and the Braid Hills, including Corbie Craig to the south. The Royal Observatory is also up here, which I wandered past, but struggled to get many good shots of in the lighting – any photographers got any tips for me?

I went down the hill to the east side, where you can then rejoin the main roads around the Marchmont area of the city, but instead I spotted a sign for Blackford Pond and followed that instead, curving back round and down the hillside to my left again. This path runs along the back of houses, so it was a little noisier than the rest of the route had been. It eventually brought me down to a pond full of birdlife, which I stopped to watch and take some photos of. I left the hill and park at this point, and walked back home through the streets of Marchmont – I did pass over this railway track on the way though, so it wasn’t just ordinary streets the whole way! 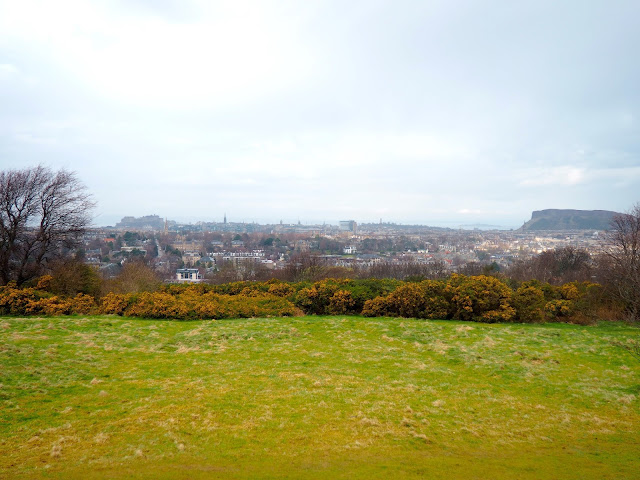 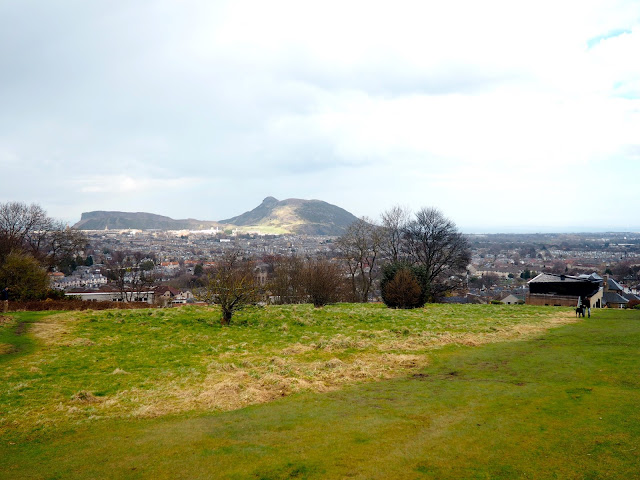 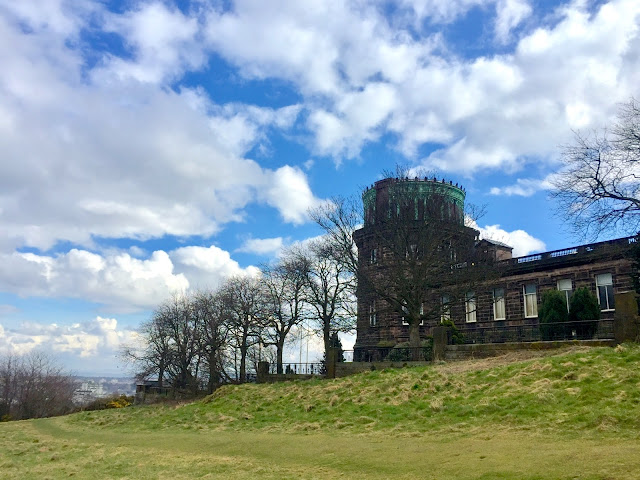 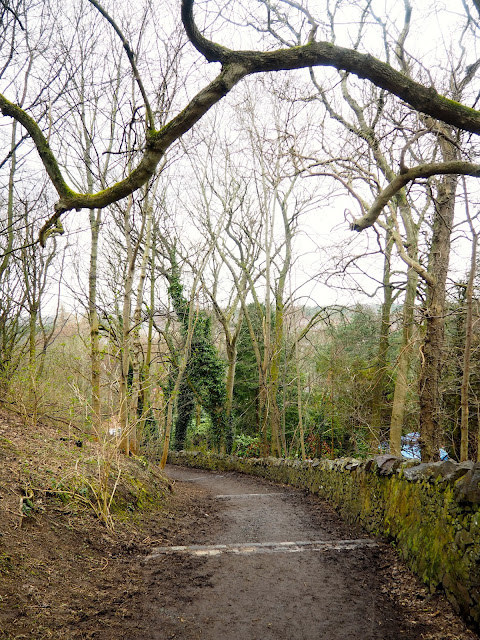 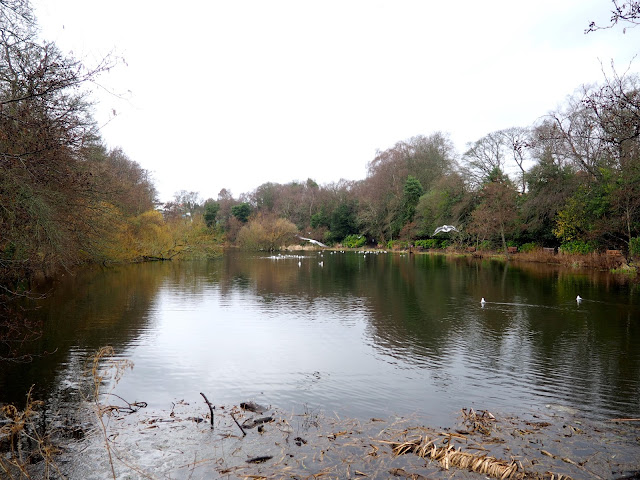 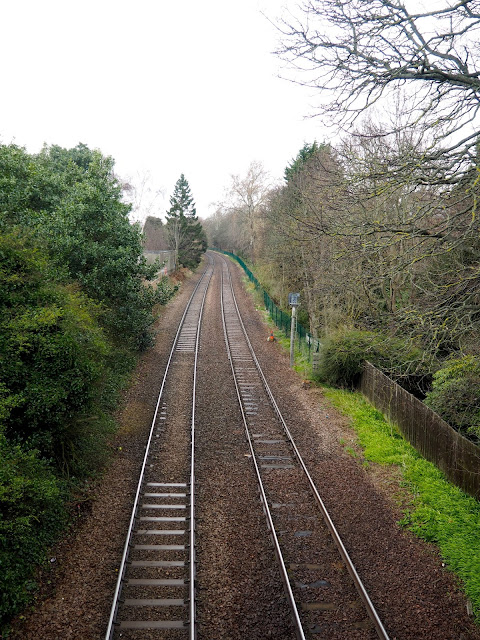 All in all, it was a nice little afternoon outing, only taking a couple of hours to do the whole route, from door to door. It was a shame the rain came along, but that’s sort of a fact of life you have to accept when living in Scotland! I still enjoyed it anyway, and Blackford Hill definitely has some of the best views of the city – I’m sure I’ll be back again more times in the future, especially in summer!