I heard a lot about the Fireworks Festival in Busan during the weeks leading up to it, as its one of the largest fireworks displays in Asia. It takes place every October, and this was its 12th year. The display lasts for around an hour, with a short interval, and is accompanied by music played around the area. The Gwangan Bridge serves as the backdrop, so Gwangalli Beach is the best place to watch it from. However, if you want a good spot, you’ll need to be there hours in advance, and be prepared to be crushed in amongst thousands of others. There are some alternative locations to watch from, Hwangnyeongsan Mountain being another choice, but these will be pretty busy too. The subway has additional guards along the route to Gwangan, to prevent complete chaos breaking out, and the public transport runs until later than normal, to accommodate the vast numbers of people trying to get home again. 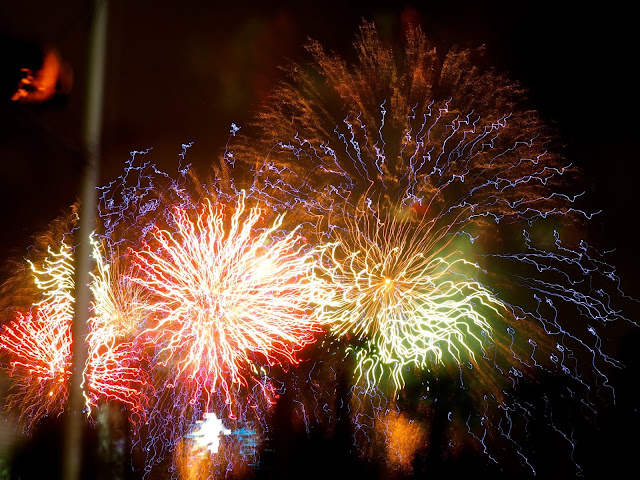 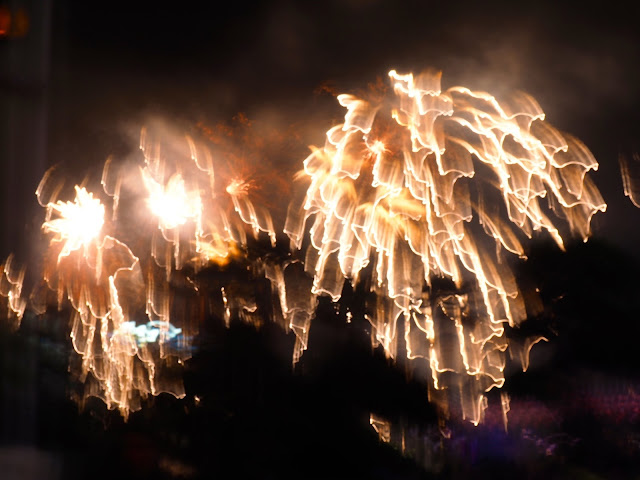 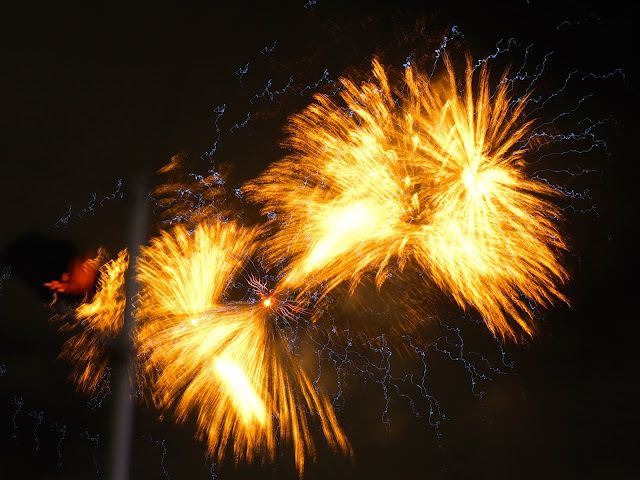 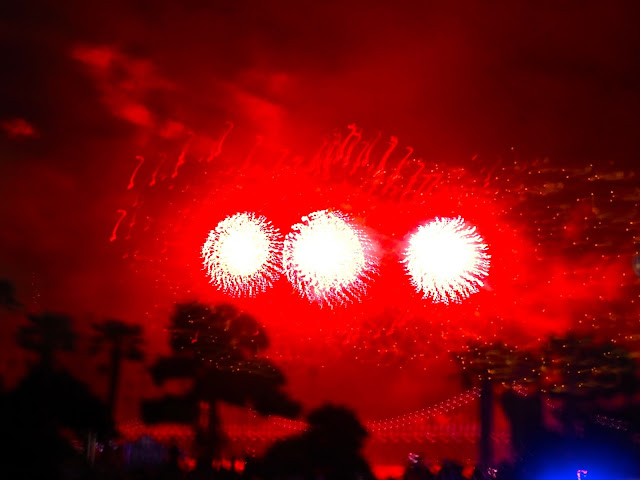 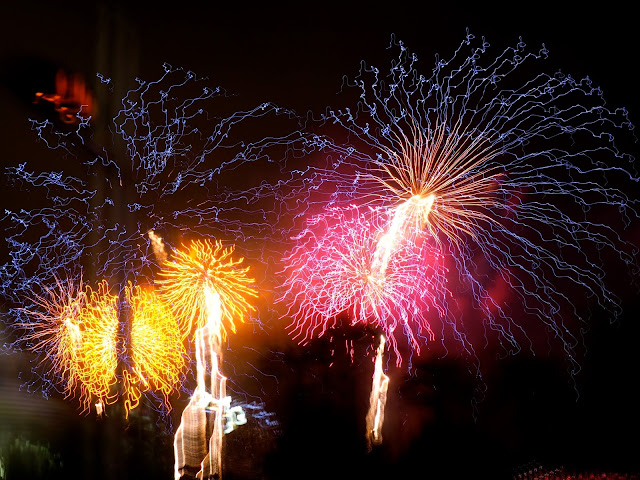 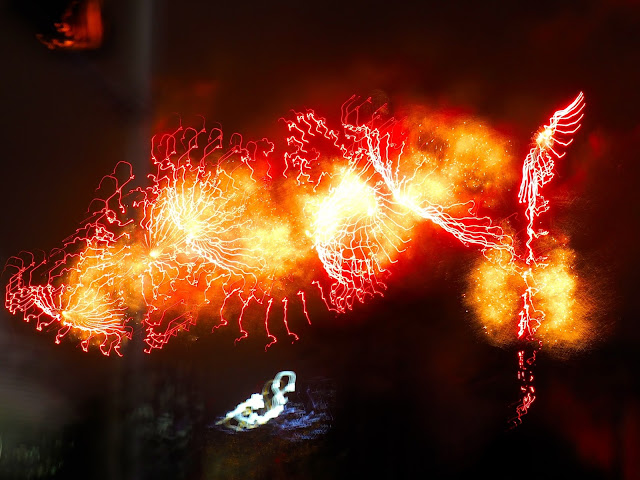 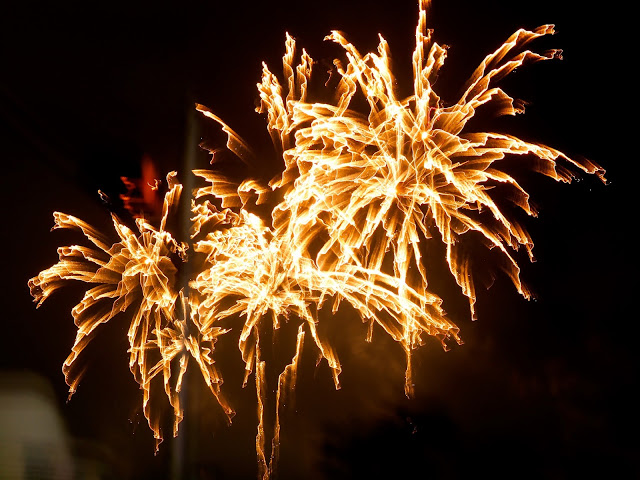 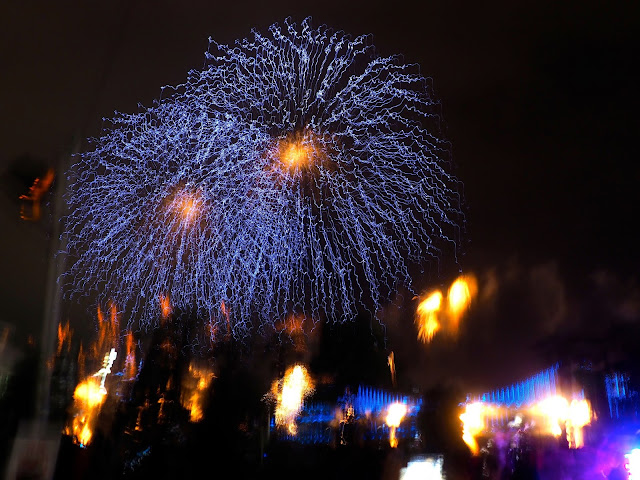 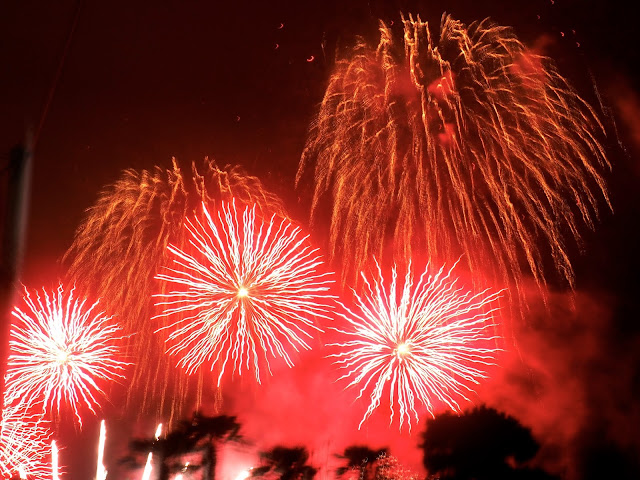 So, as you can tell, this festival is a pretty big deal in the city, so I was determined to see what all the fuss was about. My plans came together pretty last minute, when a friend invited me to her friend’s place, which is very close to Gwangalli Beach. We couldn’t actually see the display from the apartment, but we were able to stay inside and have a few drinks until closer to the start time (8pm) before heading out to find a spot. We were at the south end of the beach, and only walked up the road before picking a place to stand in the road (the whole area closes to traffic a few hours before the display). We didn’t have the perfect view with the bridge in the background, as you really need to be in the middle of the beach for that, but it was a pretty decent view, considering it allowed us to skip the busy crowds and long wait of being on the beach itself. 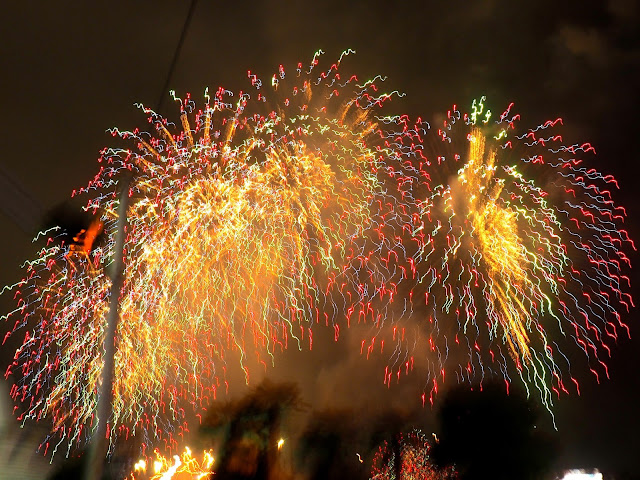 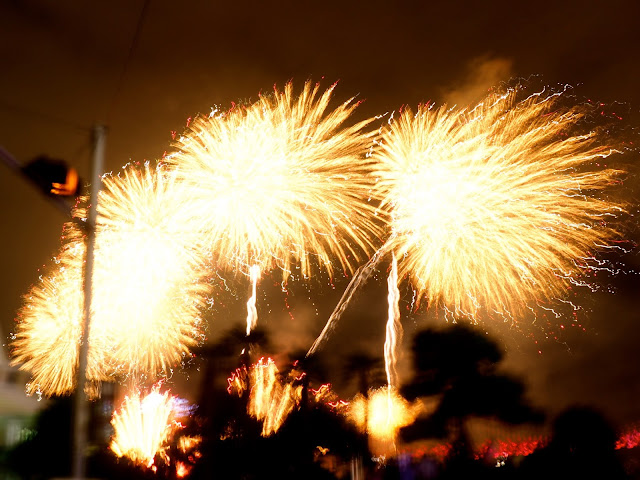 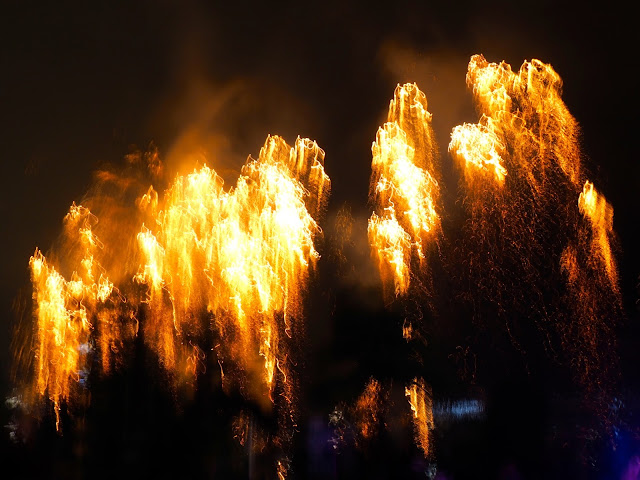 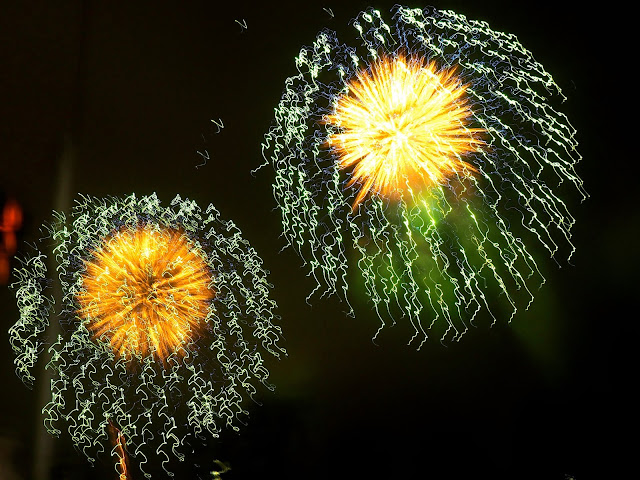 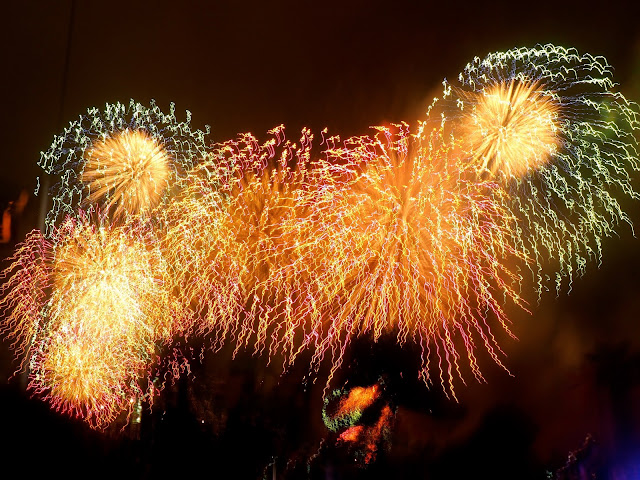 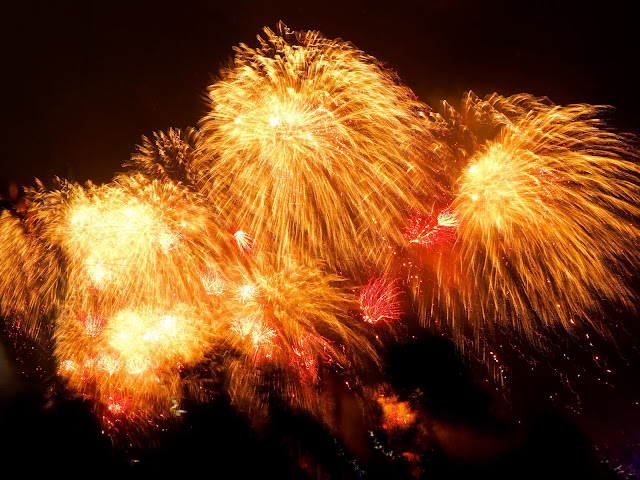 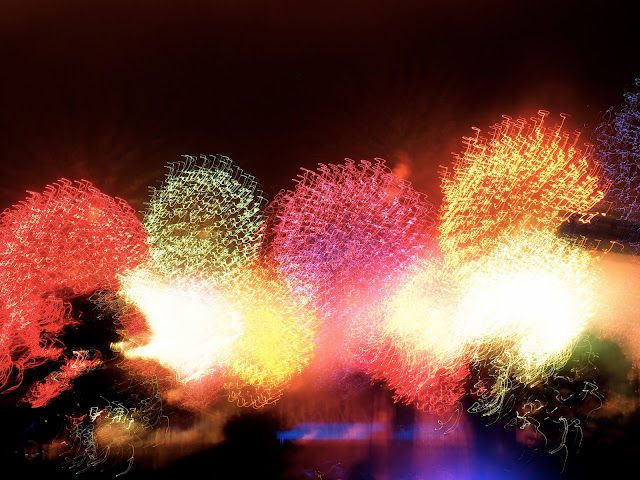 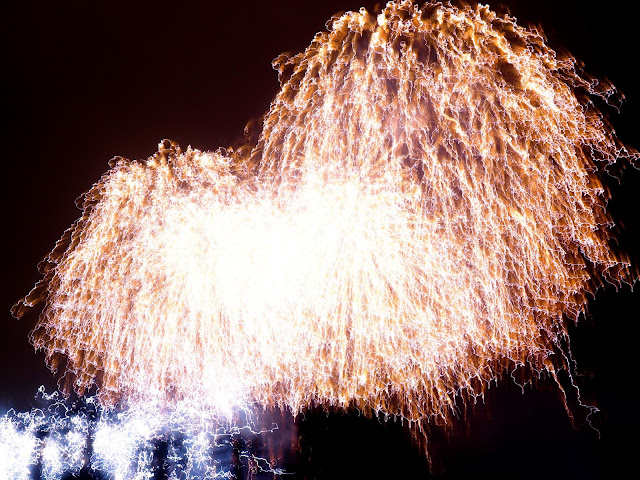 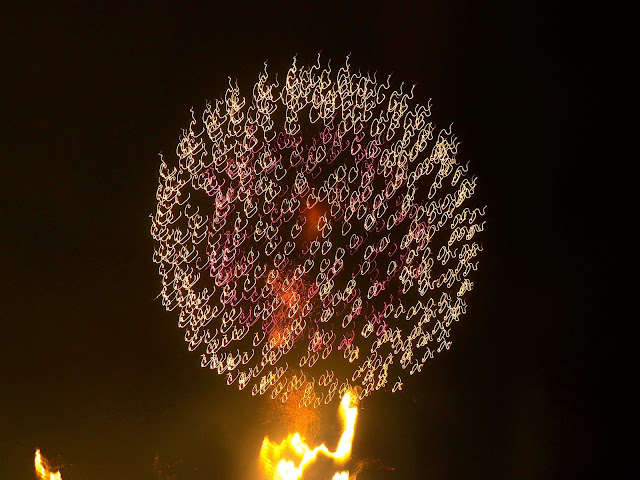 And then, 8pm rolled around and the show began! We were a little far up the beach to hear the music, but we would catch snippets every now and then – why they were playing “All I Want for Christmas is You” in October, I have no idea. The fireworks though, were simply spectacular. Every colour and design you could want bursting forth from the night, all carefully designed and coordinated. From our angle, a lot of them were launched left of the bridge, but I think this would be in front of it if you were in a more central position, so we perhaps didn’t see the exact design of everything, but it was still pretty amazing to watch nonetheless. Some of the fireworks were actually launched from the bridge, either shooting up over it, or spraying beneath it. Sometimes fireworks just look like colourful sprays of sparks to me, still beautiful of course, but captured at the right moment and with a little imagination, they can resemble flowers, trees or waterfalls, birds, butterflies or even dragons. I thought an hour long display might get a little tedious after a while, but I enjoyed the whole thing! The time actually passed quite quickly, and I was surprised when I realised it was about to end! 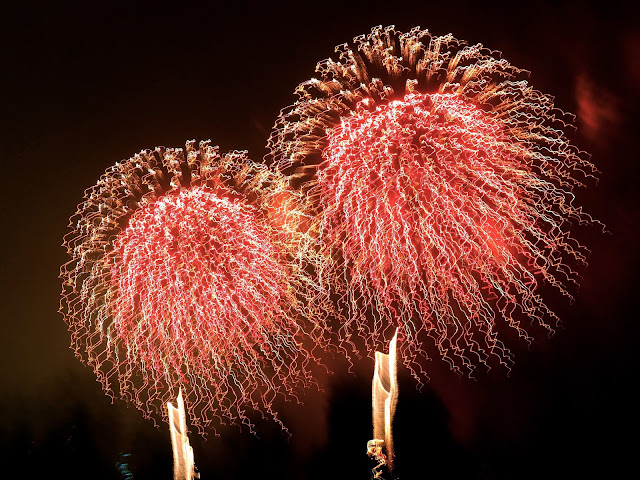 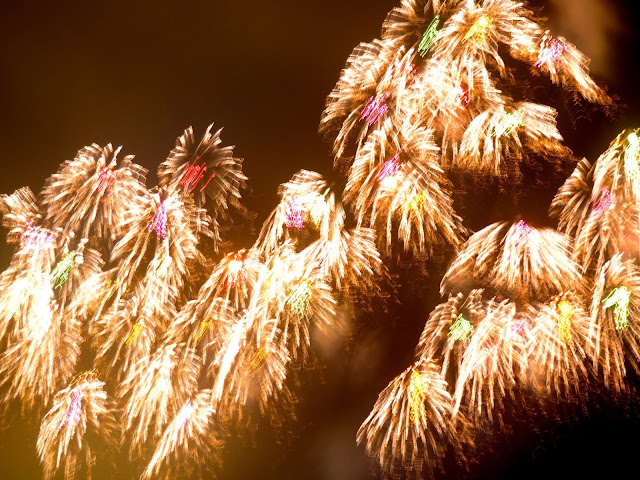 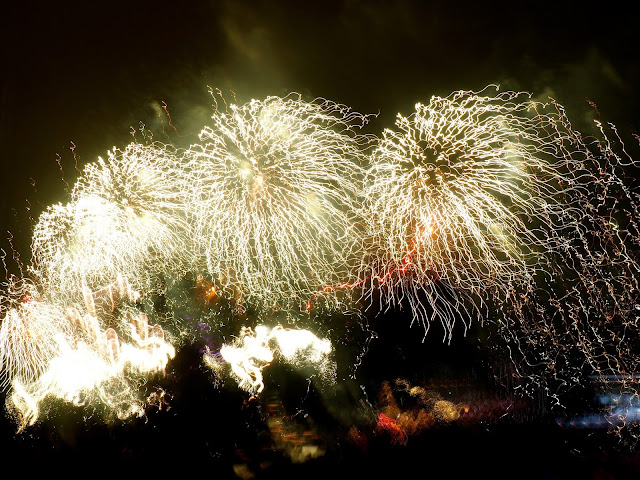 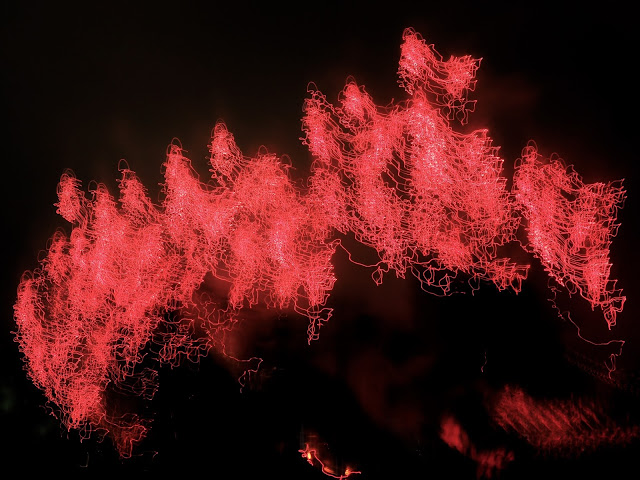 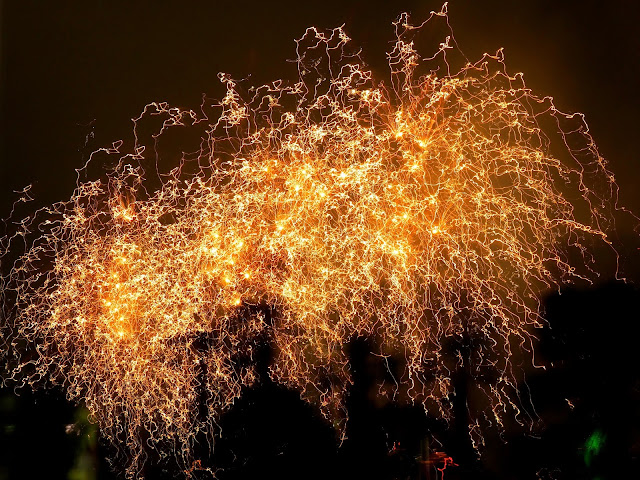 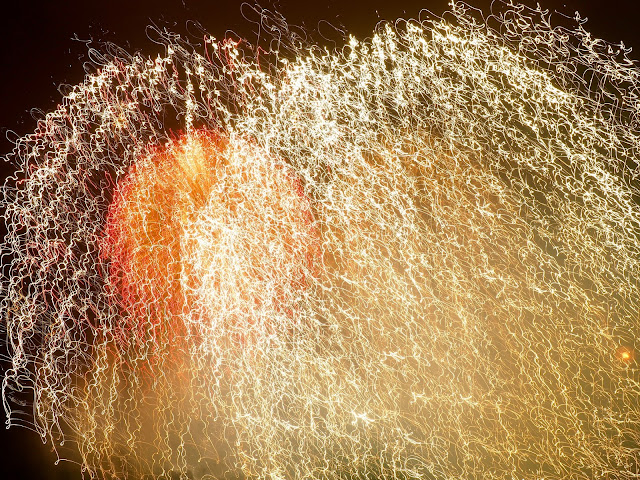 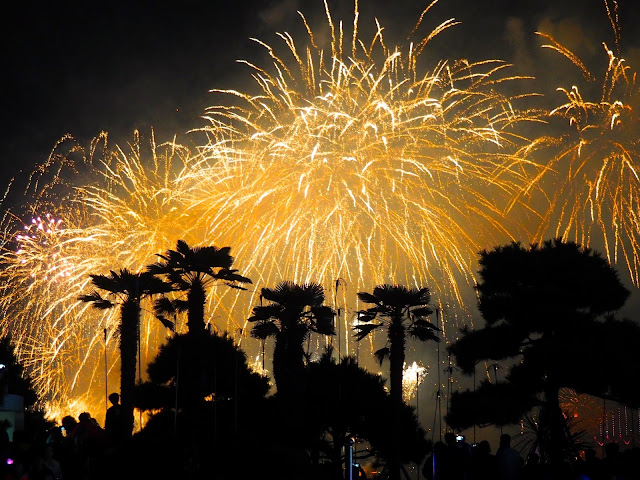 We went back to the apartment for a while afterwards, before venturing out to the Gwangalli bars a little later, when most of the hordes had gone home, so it was no busier than a usual Saturday night. Despite the crowds though, the Fireworks Festival is absolute worth seeing if you’re ever in Busan in October. You have to weigh up the angle of your viewing location against how busy it is (the beach is busiest, but the best view) and decide what your preference is, but from wherever you watch, it’ll be a fantastic show. I think if I was ever here again, I’d want to be in the middle of the beach, instead of the side angle I had, and just deal with the crowd, but I still had such a good time from where we were.