Charlotte Other, Travel
As far as Hong Kong’s hiking trails go, Monkey Mountain is one of the easiest, particularly for beginners – and I say this as a fairly inactive person, who survived Lion Rock. It’s not a long or strenuous trail, so it made for a pretty easy afternoon out in the country air. That said, it’s very much a hike for the monkeys, as without them, it’s just a woodland stroll, with no real challenge or view to reward you at the end, or anything that exciting. So if you’re not an animal person, it might not be for you! Anyway, it’s out in the New Territories, passing through Kam Shan Country Park, and makes up Stage 6 of the MacLehose Trail, the 100km hike across the New Territories. We headed there on a Sunday afternoon, taking the 81 bus from Nathan Road to Kowloon Reservoir. After that, the trail starts right beside the road, and the only tricky part is the sharp V-turn a few minutes in, taking you back towards the reservoir, which we nearly missed at first. 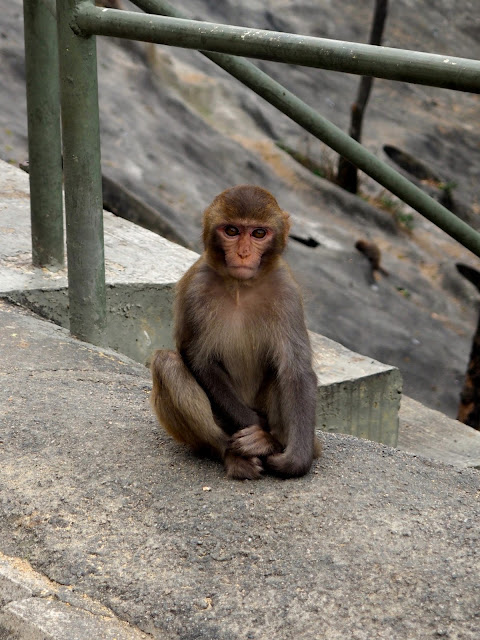 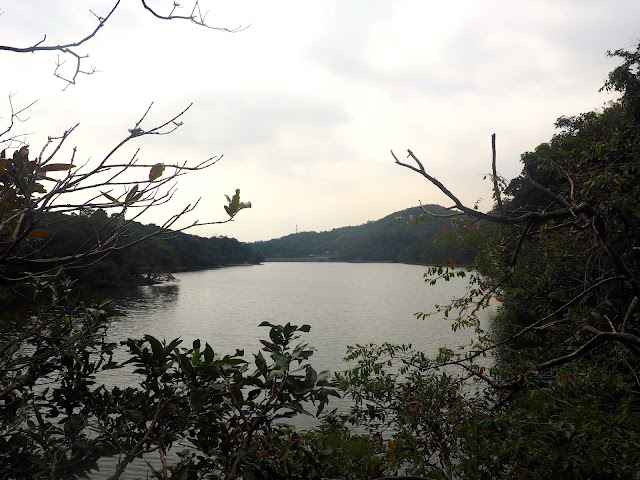 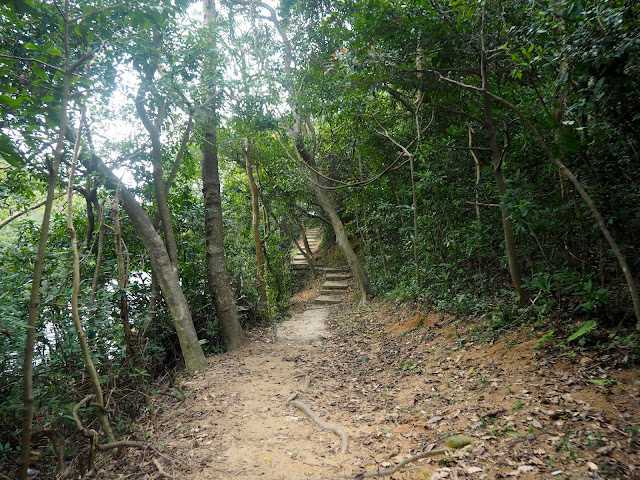 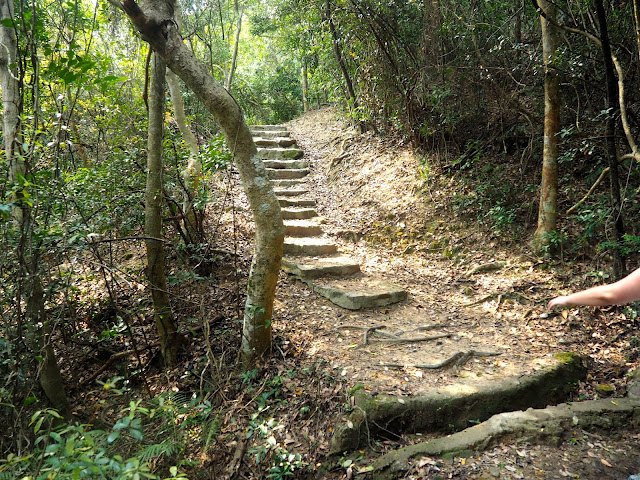 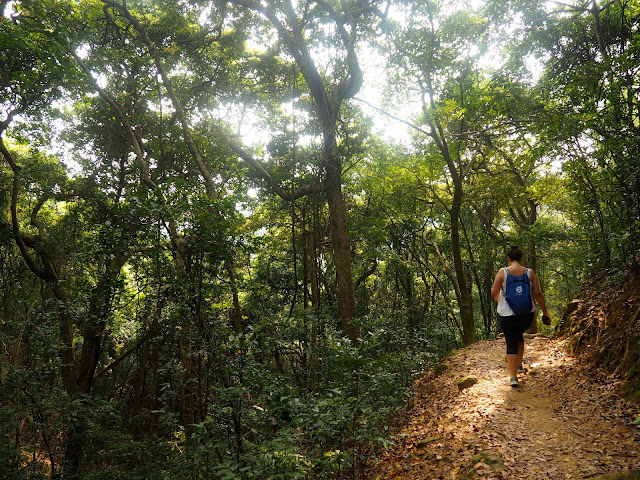 The main trail is largely under the tree canopy, and while it does feature some up and downhill, you never get all that high up. The first part was the most difficult, scaling dozens of steps in the hillside, but after that things were easer, with only a few dips up and down. It’s peaceful out there, especially as we only encountered a few other people on the trail that day. We meandered along paths snaking up and down gentle hillsides, and it was one of those funny moments where you have to remind yourself that you’re still in Hong Kong, as it could have been a forest nearly anywhere. There were a few tiny waterfalls to cross, and by that I do mean tiny. It was literally a normal step from one side to the other! It was a little disappointing, as we got excited when we heard the water, but at least Hong Kong has plenty of other great waterfall hikes for other days.

What was irking us the most at this point though, was the lack of monkeys we had seen! The internet had led us to believe that the place was swarming with them, and they’re adapted enough to people that you can get extremely close. Yet we had seen hardly any, besides the odd one or two hiding up a tree. It’s possible there were more that we didn’t notice, as we weren’t always looking around, or were talking. Eventually, we did round a corner to witness a troop of at least half a dozen scampering along the path, and then disappearing up the hillside into the brush. We were wary in approaching them, not wanting to scare them off as we snapped our photos, but for the most part it was the other way around! They were creeping closer to us, as we stood still, before eventually high-tailing into the trees. 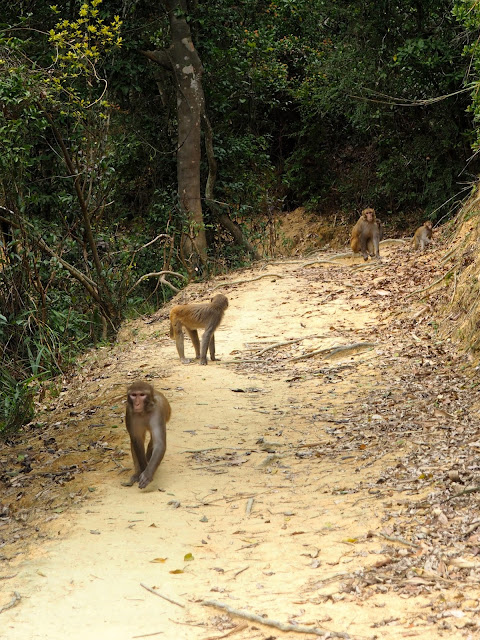 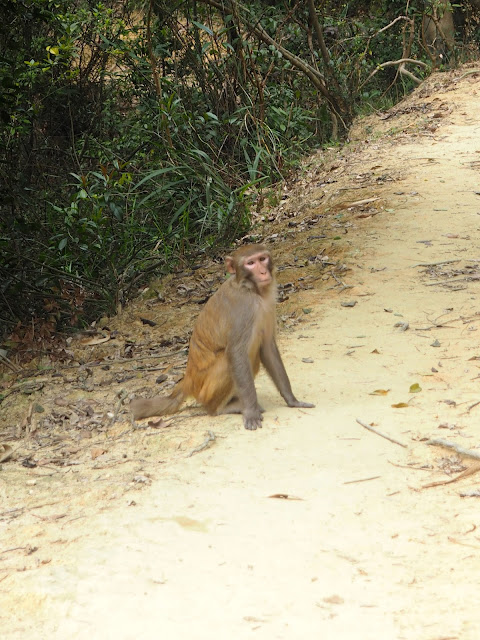 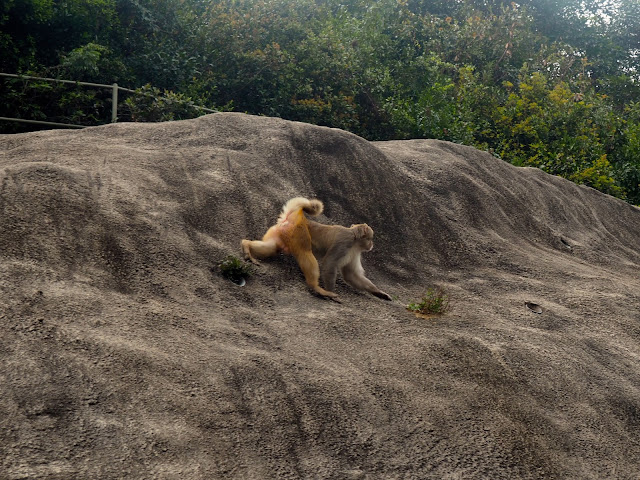 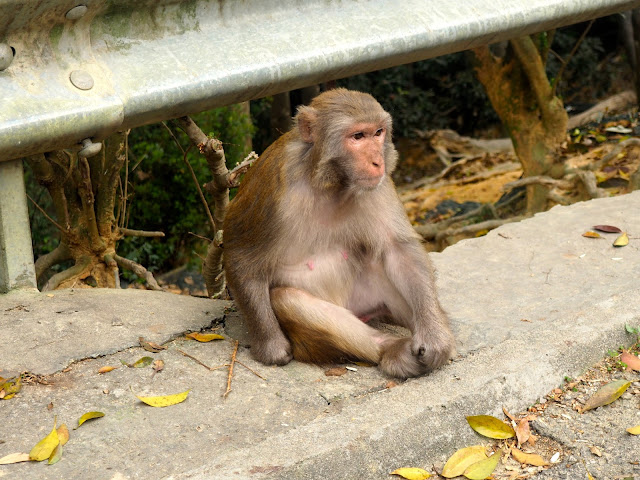 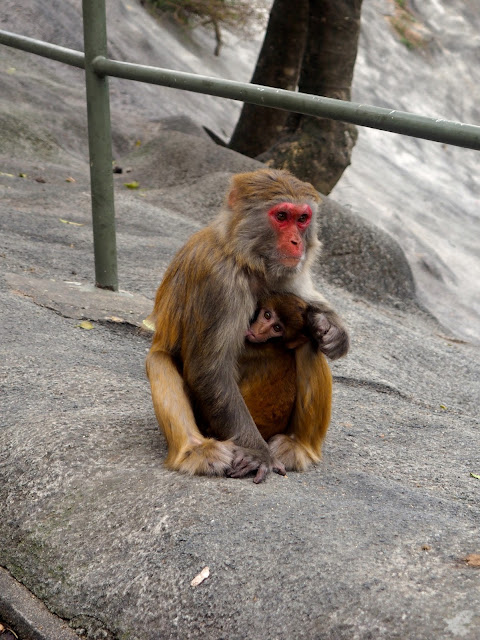 The main trail seemed to finish far faster than we had expected, taking a mere 40 minutes or so (with photo stops), and with only a handful of monkey sightings. We suddenly found ourselves back on a road – albeit one with no traffic anywhere – and realised that turning downhill would quickly take us back to a bus home. We weren’t quite ready to go though, and fortunately some locals informed us that if we went the other way and followed the road uphill, we would end up in Tsuen Wan, and area we both work in through the week.

So off we went, and lo! Monkeys galore! Dozens and dozens of them were just sitting on the roadside! We suspect this is in an attempt to scavenge food from tourists and the like, but it was so strange to see them all on the road like that, when there were so few in the forest. We could get so close to them as well, with them barely batting an eyelid, though I wouldn’t venture so far as to touch them – these are still wild animals! The only exception was the pair that we were standing behind at one point turned around all of a sudden, startling us and them, and promptly began to… mate. For about five seconds until the female decided she was having none of it, and scarpered. This incident had us in absolute stitches for a good ten minutes, though in retrospect, it’s more likely that the female was startled by the male’s actions, rather than our presence… 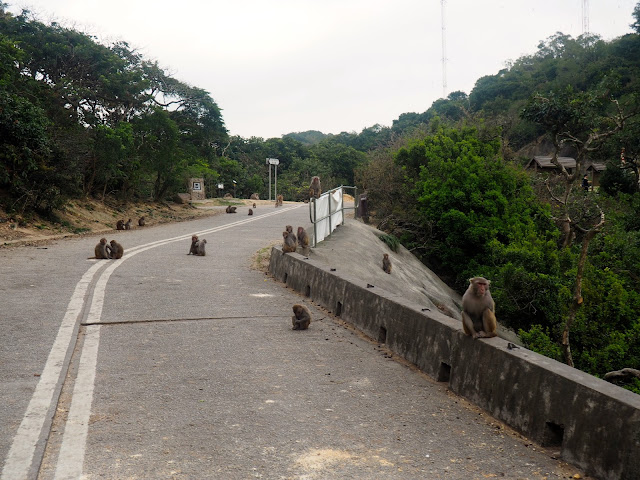 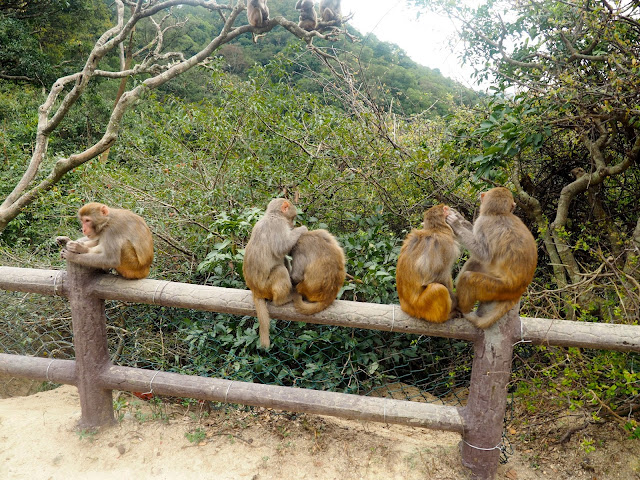 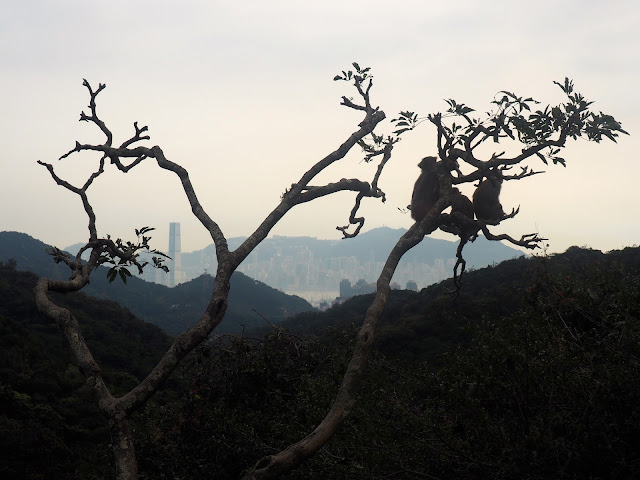 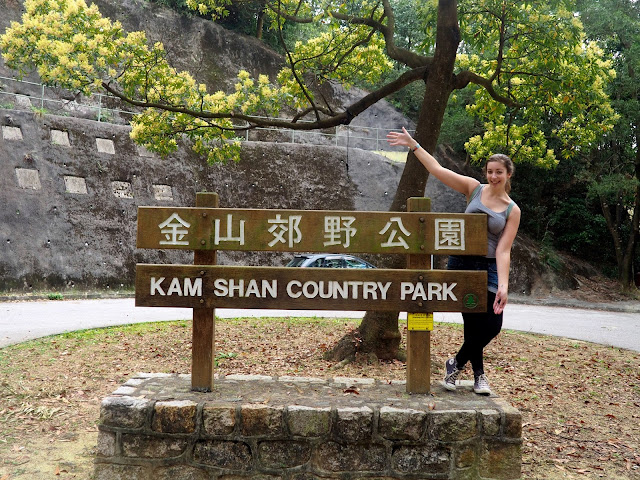 What was also wonderful about that particular part of the hike, was that we were surrounded by hills and forest on all sides, except for when you turned right around, the skyline of Central and the ICC on the Kowloon side were visible between the hills. That sums up Hong Kong really, the dense, towering skyscrapers suddenly giving way to miles upon miles of green space. The rest of our walk took us away from the monkeys, and was downhill on the road for the most part, making it pretty easy. We did have to hover around a few junctions, in order to wait and follow the locals, so we didn’t get lost on the way to Tsuen Wan, but it wasn’t that complicated – you just have to keep going down most of the time! The only problem arose was when we made it there, we had no idea where in Tsuen Wan we were, as we were nowhere near either of our schools. Fortunately, a quick and cheap taxi ride to the MTR station sorted us out, phew!

All in all, Monkey Mountain is a fun day out if you’re looking for a fairly easy walk in the country, and to see plenty of monkeys of course. We saw a lot of families with children on the trail, since it’s manageable for them (at least the main trail is, going all the way to Tsuen Wan would leave little ones pretty tired!). If you want a real hike, or are not a wild animal lover, it might not be the option for you. It was a nice afternoon out though, I enjoyed seeing the monkeys, especially be able to get so close to them, and it gave me my exercise for the week!