Charlotte Health & Wellness, Other, Travel
I don’t know why I’m suddenly hiking so much more in Hong Kong, since I didn’t do it that often at home – see my posts from Mirror Pool, Dragon’s Back, and of course, The Peak. But it’s hard to resist when it’s the best way to get amongst some greenery, and away from the middle of the city. Last weekend, we took on a slightly tougher hike than previous ones. Lion Rock is part of a stretch of hills that roughly separate Kowloon and New Territories – I’m also pretty sure they’re the same hills I can see from my window! Although Lion Rock is far from the highest point in Hong Kong, it is perfectly positioned for the best views of Kowloon and New Territories. Stage 5 of the MacLehose Trail covers Lion Rock, but we did a slightly adapted version of this trail, instead doing a circle from Wong Tai Sin MTR, going up Sha Tin Pass Road first, and descending to Lion Rock Park to finish. This site has great directions, and it takes around 4 hours in total. 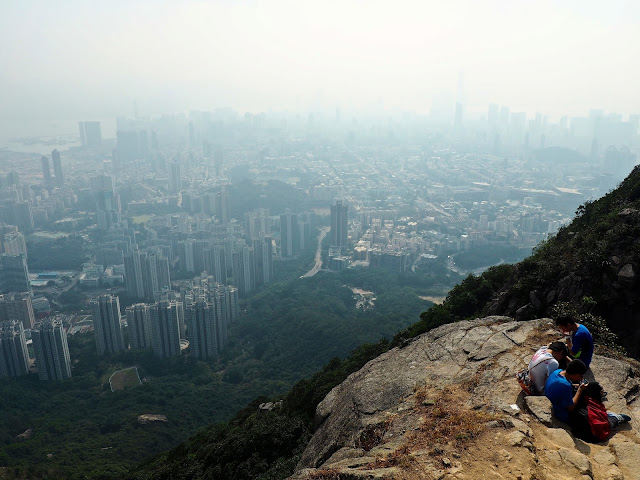 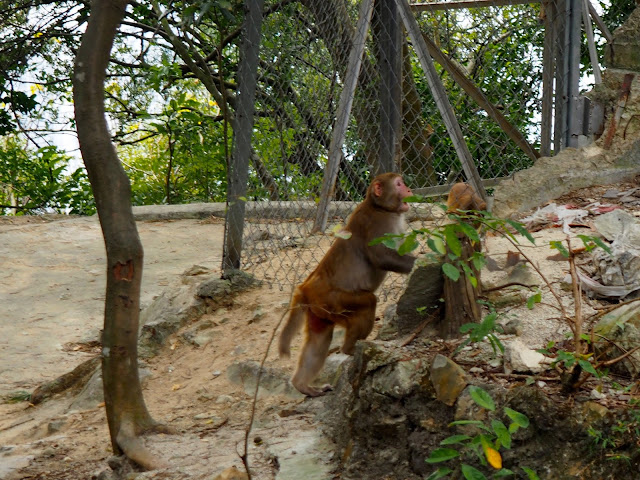 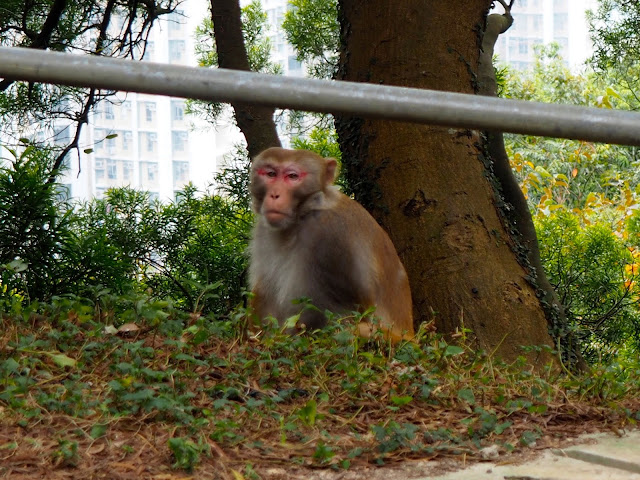 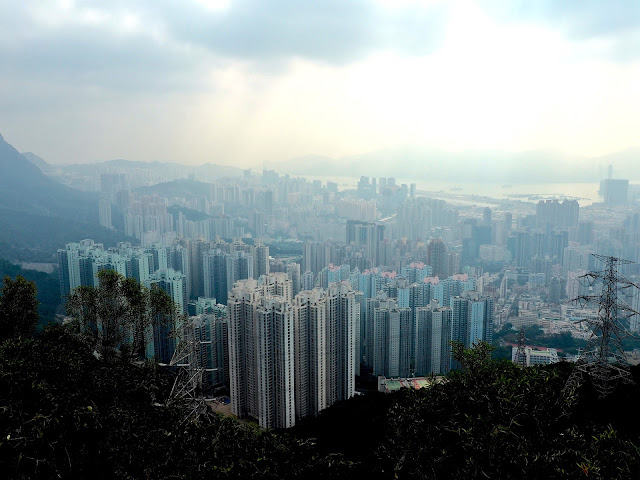 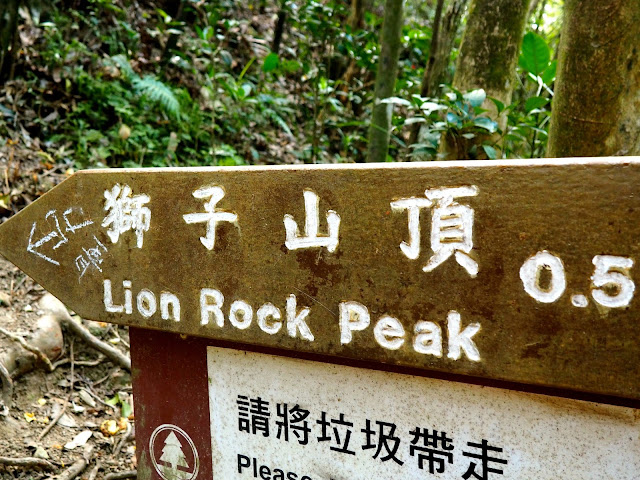 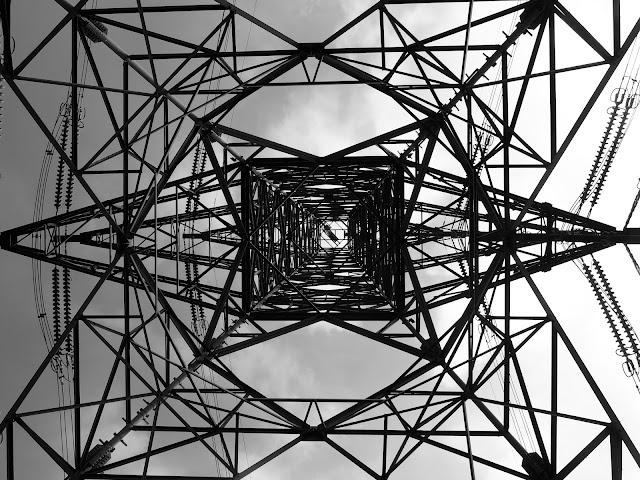 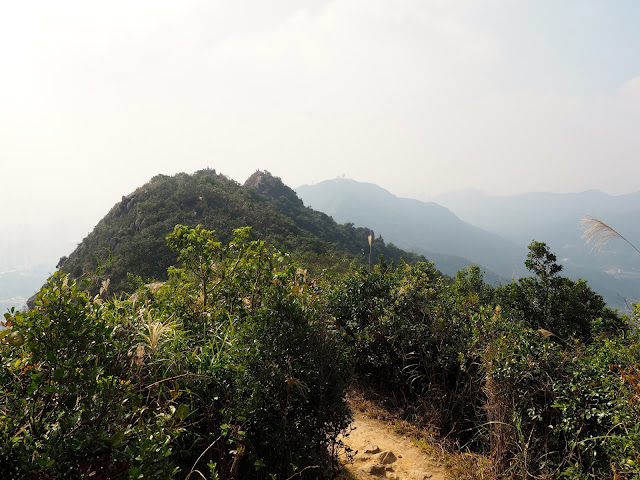 The walk itself is a little more strenuous than the hikes I’ve already done here, but not unmanageable, and that’s coming from someone who rarely exercises! The toughest part is the final ascent to the peak, which involves a lot of stairs, and a lot of sweat. It’s certainly worth it though. On the walk up we spotted a few monkeys by the roadside, who seemed pretty unfazed by the people around (it wasn’t too busy, but we certainly weren’t the only people on the trail). Apparently there are even more on the next stage of the MacLehose trail, known as Monkey Mountain, which I intend to do eventually. On the way up, you do get a few glimpses of the views to come, but the best is at the very top. There is a section where you seem to start descending again, which confused us a little but continuing on, you reach the bottom of the stairway. There is a bypass trail here, but you’ll miss the best views if you take this, so do brave the stairs! At the top, we were rewarded with 360 degree views of Hong Kong – or at least, we were if we squinted through the smog. Sadly, the pollution sinks down over Hong Kong in the winter months, and although the cooler temperature is far more agreeable for hiking, it’s very disappointing to have such an obscured view. It was still pretty warm when we went, and the glimpses we got on the way up were promising, so we were hopeful that the smog wouldn’t be too bad, but we were mistaken sadly. There was less pollution looking towards New Territories, but the buildings and overall scene there is less spectacular than Kowloon and the harbour, which was unfortunately, the more obscured view. 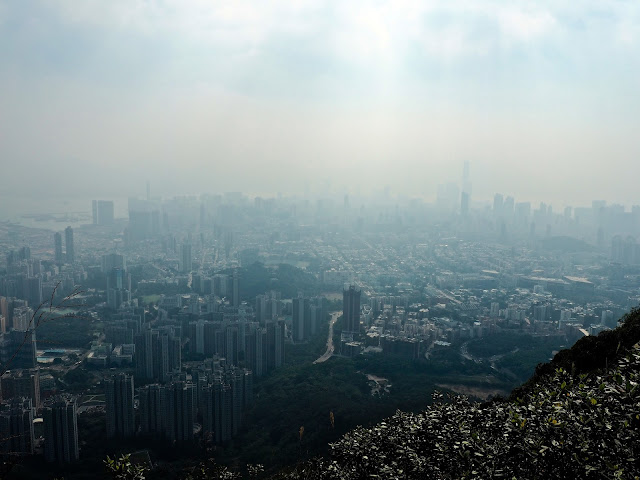 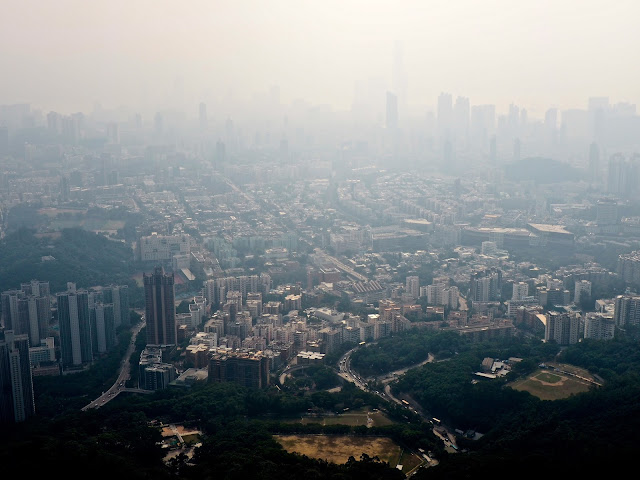 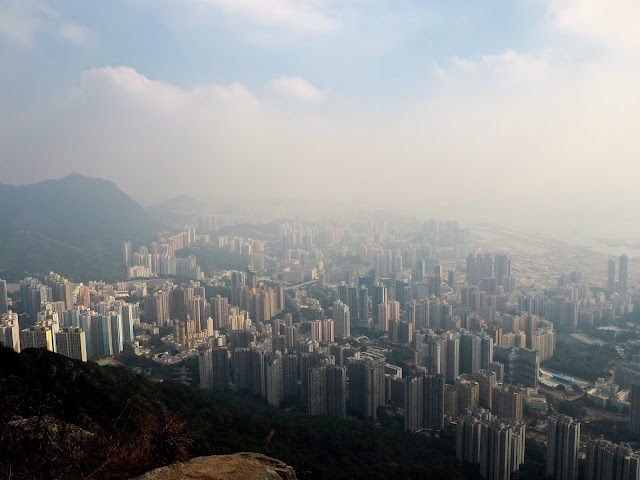 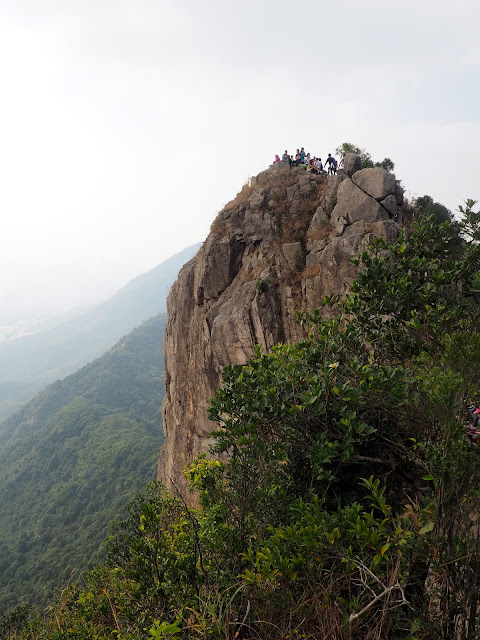 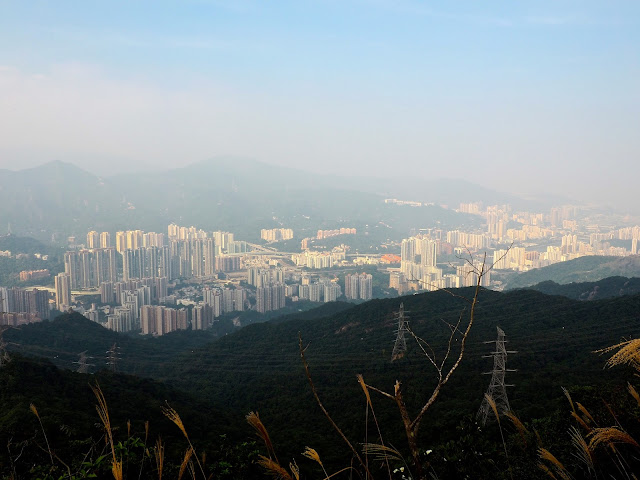 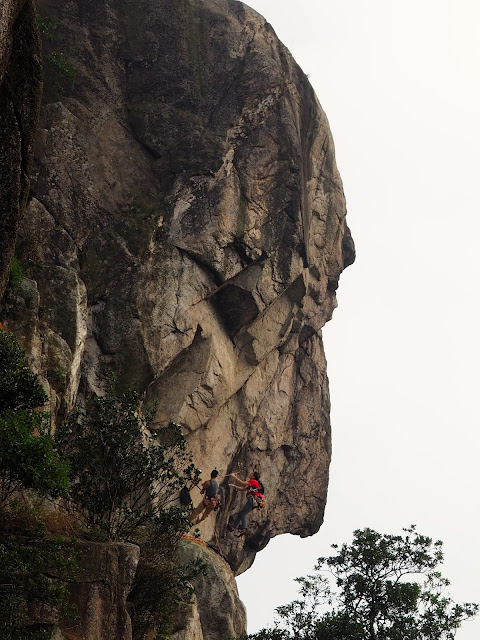 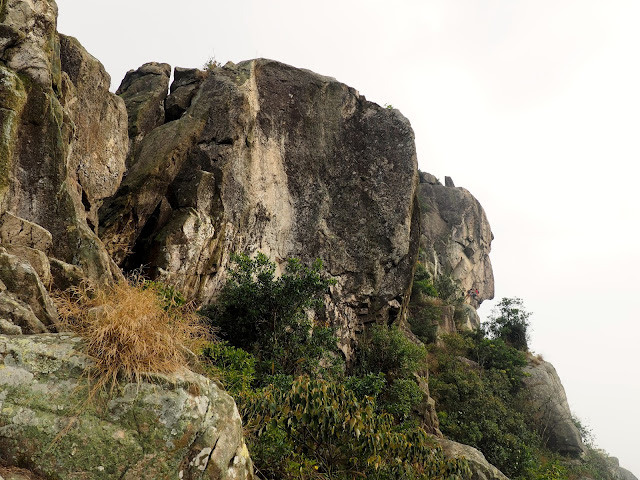 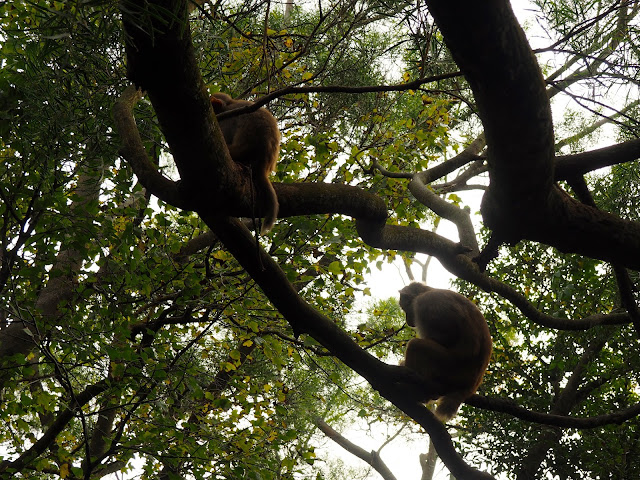 Despite the smog, it did give us a rough idea of what the actual view is like, when visible. It’s also very irritating that so many sights I’ve seen have had excessive smog or cloud cover – I feel like I’ve said “I’ll go back on a clearer day” about nearly everything so far! Anyway, it was still nice to get out in nature for an afternoon – though I wasn’t sure how much cleaner the air was, based on what I was seeing! There are three peaks across the crest of the hill, and the third is Lion Rock itself, as you can see its resemblance to a lion’s head from the side angle. After walking across all three – the third is the most difficult to access, as you have to scramble up some steep rocks, but again, not unmanageable – we found another rocky outcrop, from which we could see the other side of the lion head, where there were rock climbers visible! Rather them than me, it was very high up! The path down is far easier than the ascent, naturally. When you reach the pavilion, you get another view towards Kowloon, though not a patch on that from the top. From there, you want to take the path on the left to head back to Wong Tai Sin. There were a few more monkeys overhead on the way back as well, and it’s funny to realise how close to the buildings they actually live! All in all, a disappointingly smoggy view, but still a nice afternoon out in nature, with lots of hearty exercise (three days later and my legs are still a bit sore…).