An Afternoon in Repulse Bay

Charlotte Other, Travel 1
Oh I do love a bonus day off school! We had an event on Wednesday, our school picnic, which meant we then got Thursday off. Days off are great anyway, but it’s even better when it’s not for a public holiday, as it means the rest of the city is at work, and everywhere is far quieter. Although the temperature in Hong Kong has finally started to drop, it’s nowhere near the freezing conditions I’m used to back home, and it’s still pretty sunny, so we figured we could still enjoy a day at the beach. Having already visited Big Wave Bay, Hung Shing Yeh on Lamma Island, and Kwun Yam Wan on Cheung Chau, I wanted to go to a new one, so we chose Repulse Bay Beach, on the south side of Hong Kong Island. From Admiralty MTR, you can take the 6, 6X, 6A or 260 bus, which takes around 40 minutes. 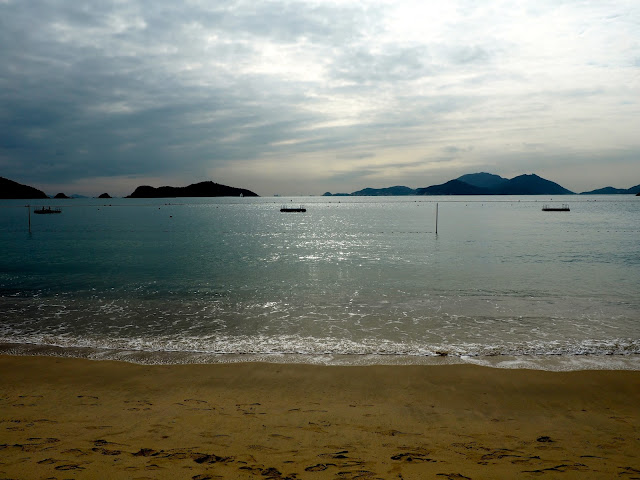 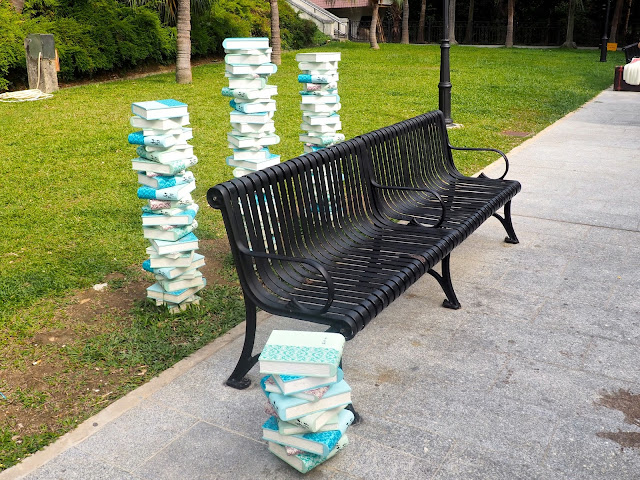 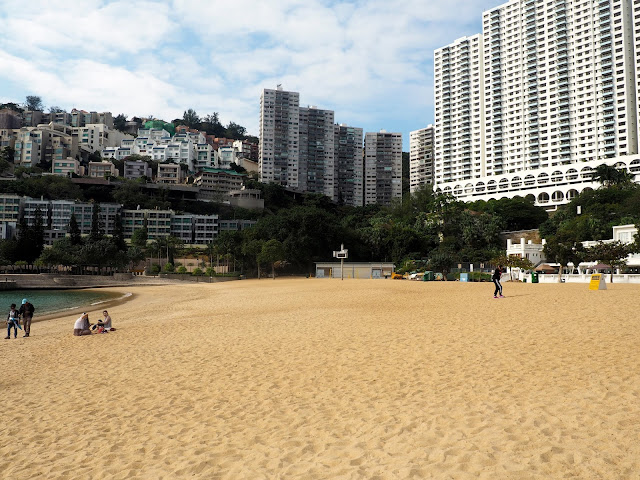 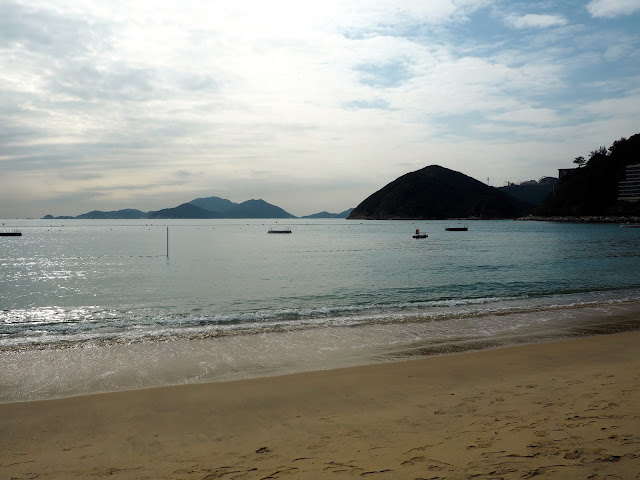 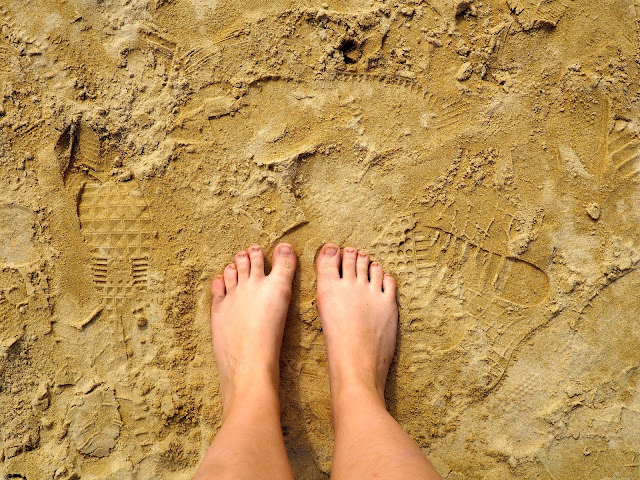 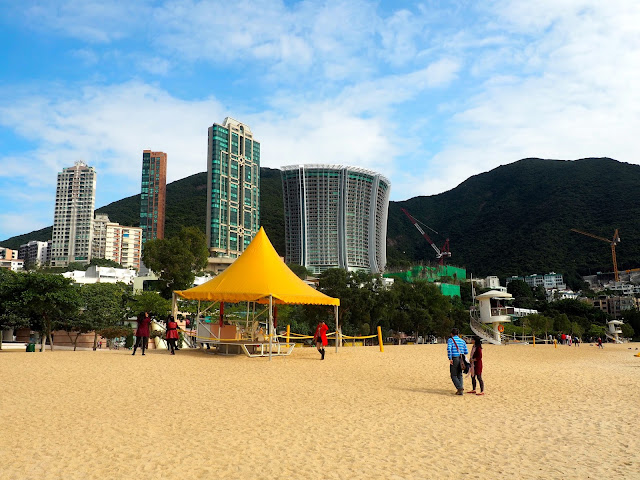 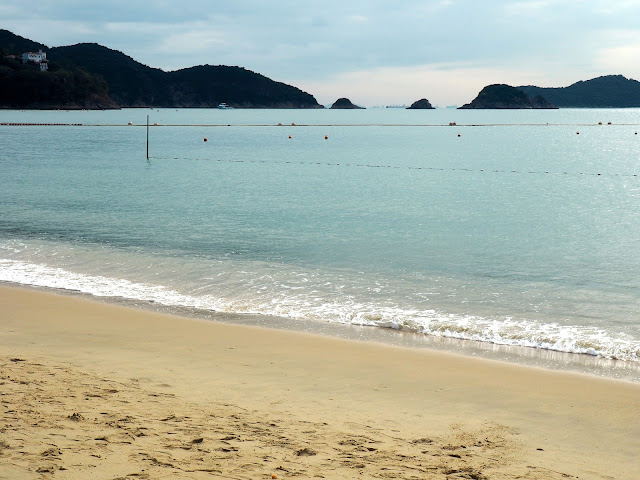 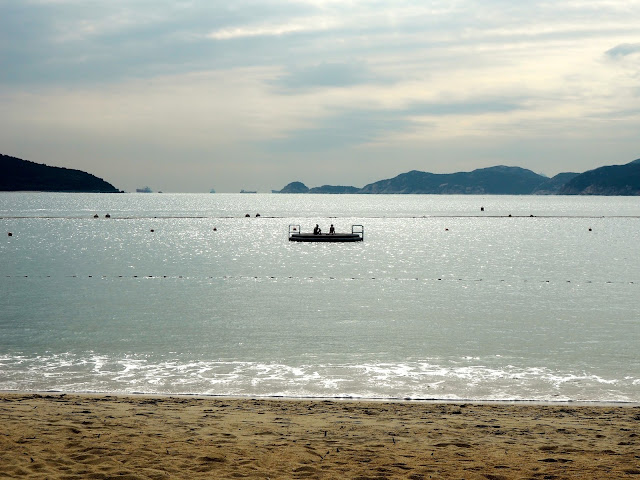 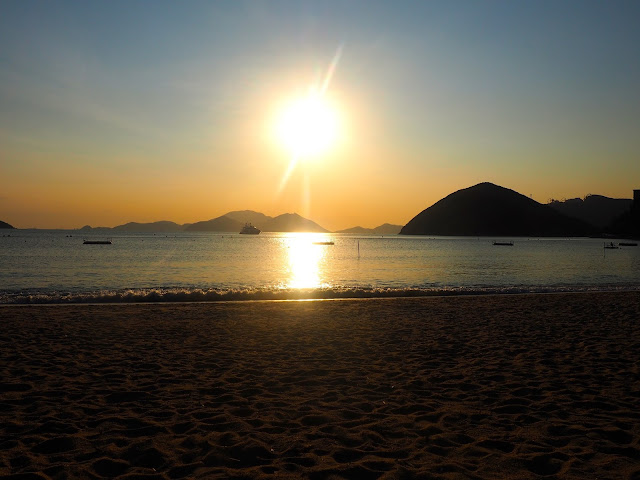 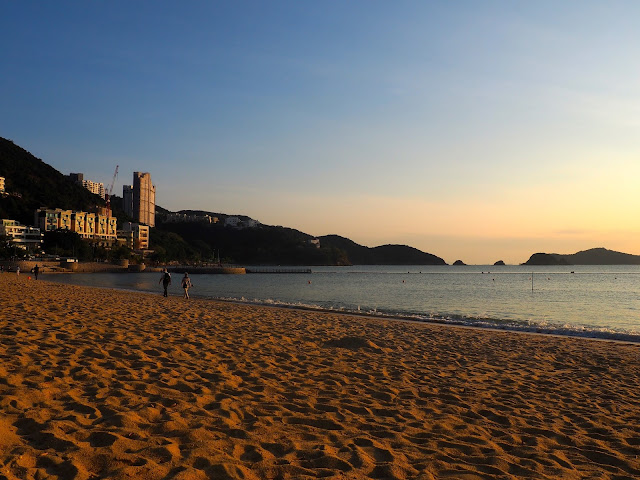 Repulse Bay is probably the most affluent beach I’ve been to (though there are plenty of other fancy places in Hong Kong) – while the others were backed by tiny, rustic feeling villages, Repulse has a host of expensive shops and luxurious looking hotels and houses. Normally I do prefer the more isolated places, but as it wasn’t a weekend or holiday, it was still pretty quiet – although the hoards of tourist flooding off their coaches to take photos for 20 minutes before leaving again got pretty annoying, especially when they tried to take photos of us (this actually happens a lot here). However, we managed to have a nice day, despite this. Although it was a fancier area, it meant everything was very pretty and clean and we felt as if we were on holiday. I arrived a bit later than the other girls, so skipped out on swimming (I love the ocean, but hate the faff of changing afterwards etc, so it wasn’t worth it when they’d already been in), but still had plenty of time there to enjoy the beach. Mostly we stuck to lazing on the sand, enjoying the November sun, but we also went for a walk along the front, in search of food. A lot of places were out of our budget, but we ended up getting some great, fresh, free range chicken sandwiches from a place called ‘Chicken on the Run’, which were reasonably priced. 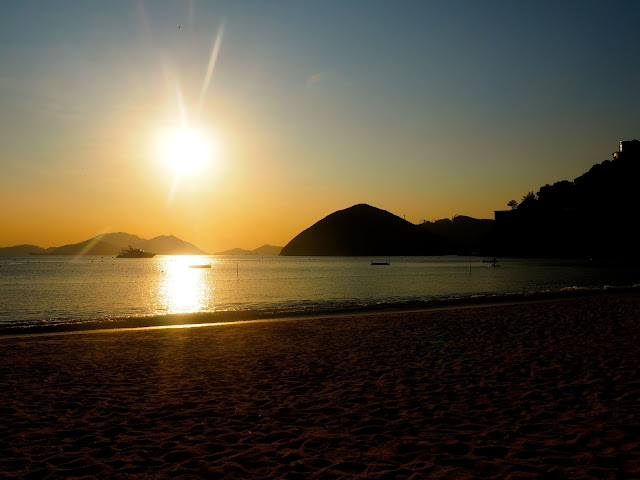 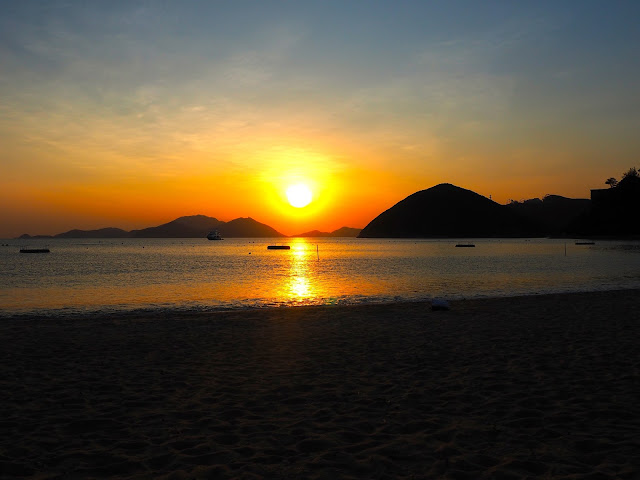 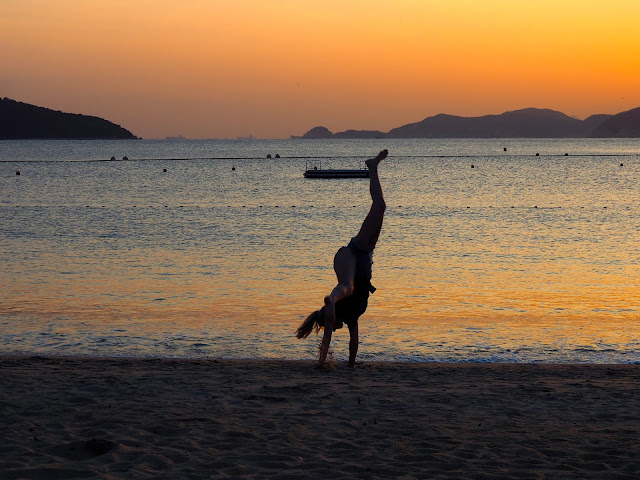 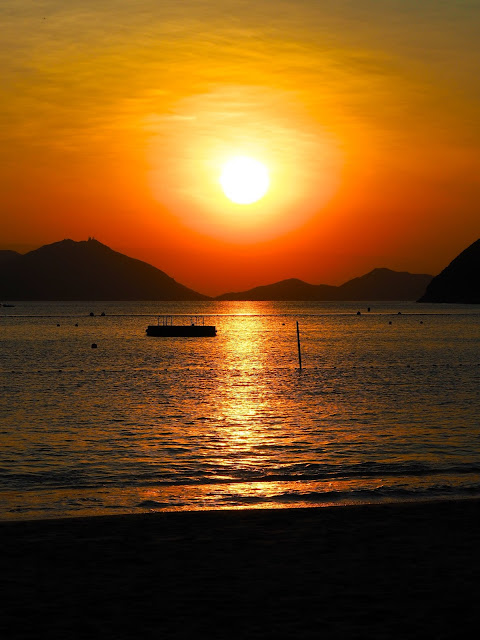 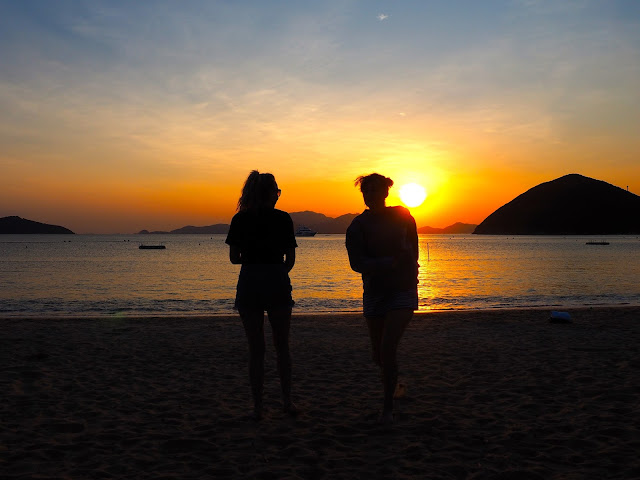 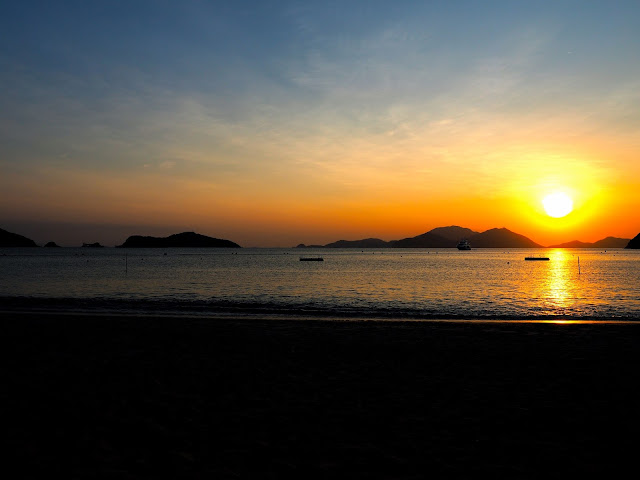 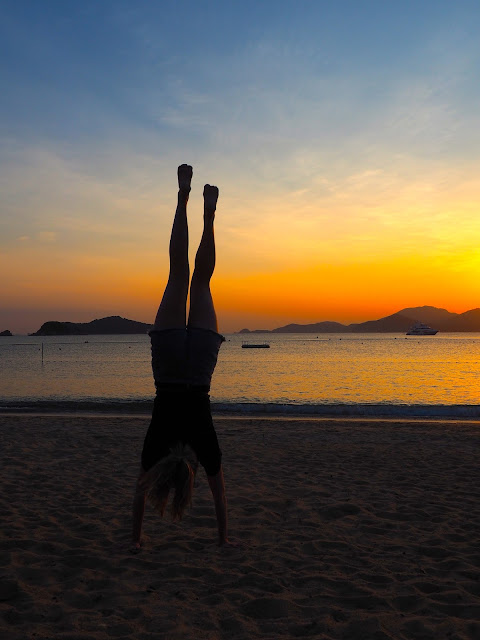 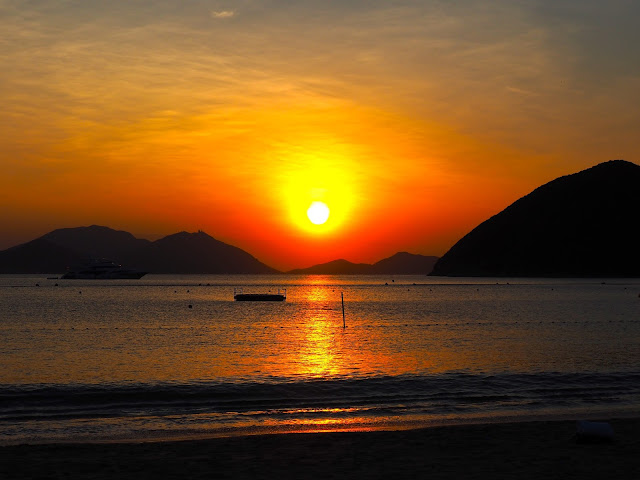 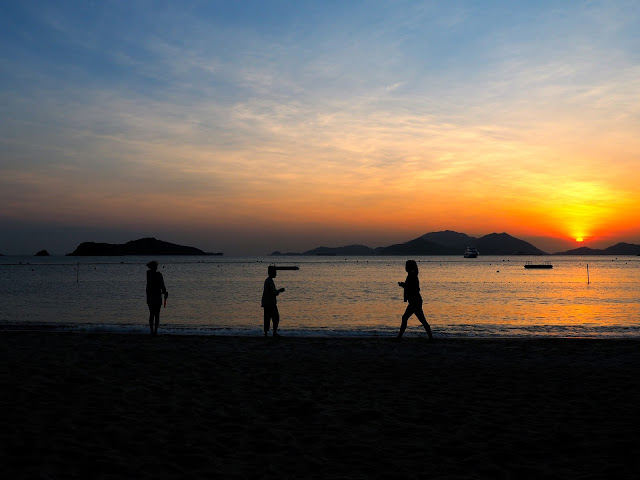 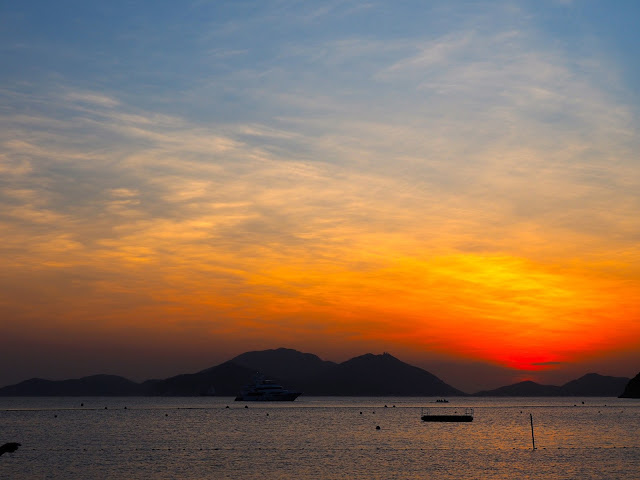 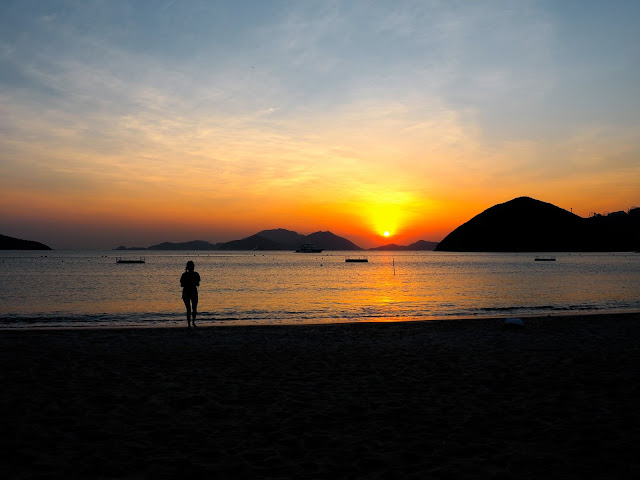 We stayed until the evening, and watched the sunset at around 5pm. Repulse is on the south side of the island, but angles to the west, so it’s the perfect view of the sunset – we’ve missed others in the past though when facing the wrong way. First the light went golden, reflecting and shimmering on the ocean, then it sunk deeper and everything blazed in shades of orange and red, with the sky above it still painted in pastel pink and blue. The girls started fooling around in the sand, doing cartwheels and playing frisbee and dancing around like idiots. I was partly feeling too tired and lazy to join in, but also seized the opportunity to capture these silhouette shots of them, with that beautiful sky behind them – they joked that we were shooting their album cover. As the sun set, it did start to get pretty chilly, since it is coming into winter (finally), although the official temperature was still just shy of 20 C. Once the sun was just about gone, and the chill was setting in, we decided it was time to head home – worst time of day of course, I would not recommend going near Admiralty station at 6.30pm! We made it eventually though. All in all, a nice chilled out day off, and I got to see yet another part of Hong Kong I haven’t been to before.

This is a really well written blog. I’ll be sure to bookmark it and return to read more of your useful information. Thanks for the post. repulse bay garden