Caye Caulker is a slice of paradise! I feel like I’ve fallen into a Caribbean island postcard – picture perfect beaches, palm trees, and turquoise seas stretching out to the horizon. It’s absolutely stunning! The journey was a bit intense – a long bus trip, with the border crossing from Mexico to Belize, then a speedboat to take us from the mainland to the island, about an hour away. It’s definitely worth it though! The atmosphere is so laidback and relaxed, like an endless day filled with swimming, snoozing, rum, and dancing! After we arrived and checked in to the aptly named Tropical Paradise hotel, we had a late lunch/early dinner at Enjoy Bar. The coconut curry chicken was delicious, and we tried “panty rippers”, the local rum-based drink. We then had a few more drinks at The Split, which is a beach side bar, right on the water, with tables in the ocean, swinging hammock chairs, and great island party music. Later I had more drinks with our guide, first at Barrier Reef sports bar, then a reggae club, I & I, near the hotel, which had a very cool, chilled Caribbean atmosphere inside. 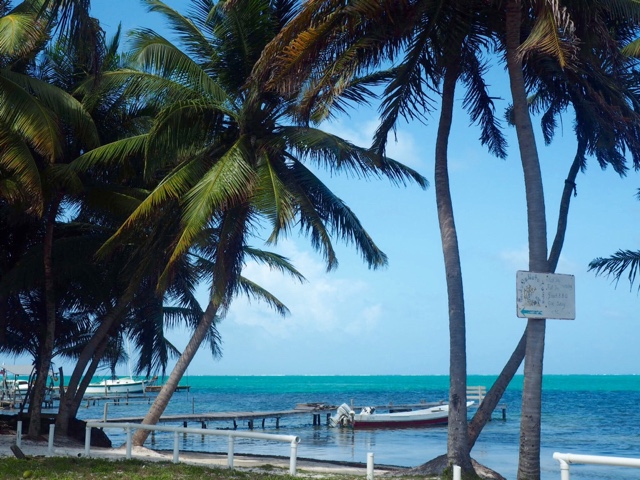 My first full day was spent doing a lot of not very much. It’s not a big island by any stretch, and most of the available activists are water sports. Seeing as our second day was going to be busier, I opted for a lot of relaxation for the first. I took a walk round the island and through the town (there’s only three streets!). The buildings are all so brightly coloured and fun, and everything is surrounded by crystal blue waters, with the only waves out at the horizon, crashing on the barrier reef around the lagoon. I walked around taking photos and stopped to laze around at a couple of spots. I also bought a necklace from a street vendor, with a piece of jade and a section of a shark’s spine. I often buy jewellery when abroad, and like to remember where they came from. Then I spent a few hours swimming and sunbathing on the little piece of beach by the hotel. Nothing eventful, but sometimes a day to relax is just what you need. That evening we went to Wish Willy’s for dinner, where we sat outdoors at a big table and shared dishes of barbecued foods, and plenty of rum punch! Some of the group had been diving that day and hadn’t come out the night before, so we headed to I & I’s again for the evening, which finished with a much later night! 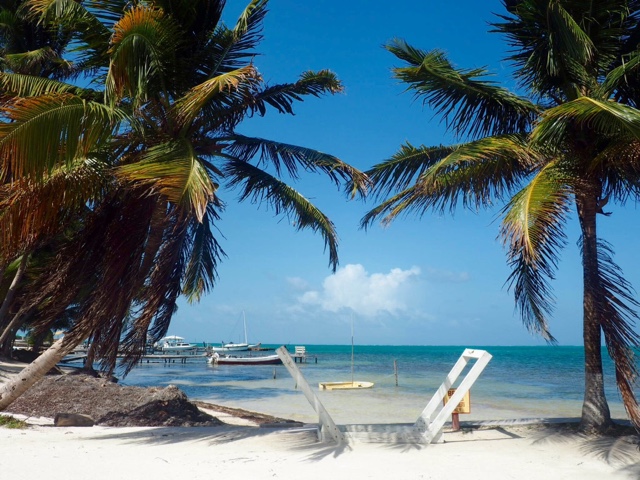 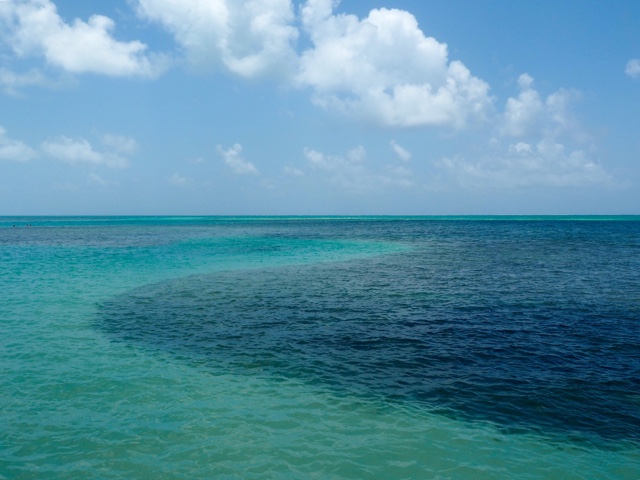 The second full day was spent on a snorkelling trip. We went with a company called Ragamuffin, who took us out on a sailing boat with three guides. Caye Caulker is in a lagoon, protected from the Caribbean Sea by a barrier reef, so there’s some great diving spots. At the first stop we got very lucky and saw a manatee, which was top of my wish list for the day, so I was very happy! The second stop was Shark Ray Alley, where we saw a group of nurse sharks, lured by our guides’ bait. The final stop was Hol Chan Marine Reserve, which was definitely the most spectacular in terms of the variety of wildlife. There was a whole host of different fish, a huge moray eel, and sea turtles again. On the way home we drank (yet more) rum punch, and it was just paradise, lying on the roof of the boat, watching the sun go down, sailing through perfect blue waters. We sailed through the split between the north and south islands and all stood up to have a party! 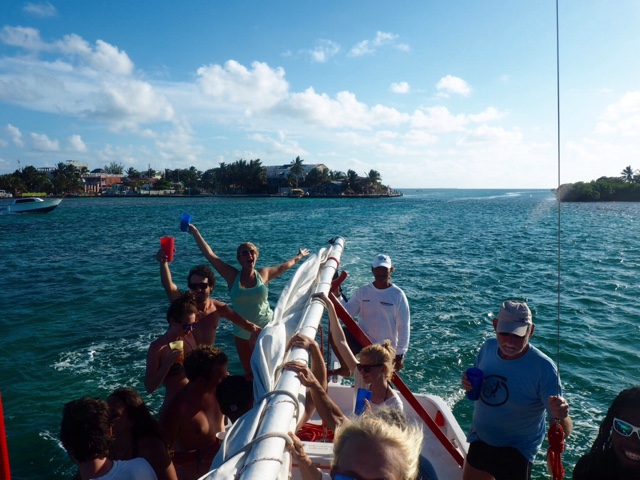 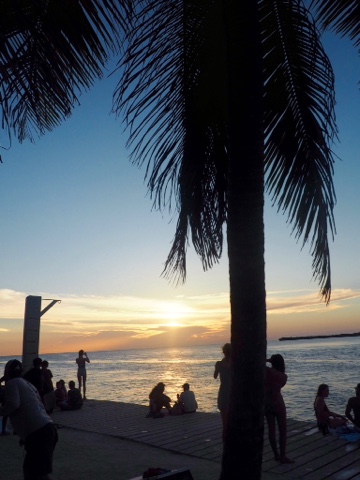 Once we were on dry land again we headed up to The Split for some more drinks. I didn’t stay dry for very long though, as we started diving, and then pushing each other, off the dock into the sea. It was a lot of fun though! I bought another necklace there from a street vendor, with a pretty blue stone, which our guide says represents the four elements. Dinner was at a place called Bambooze, where I had the biggest, most amazing chicken burrito! And then, since we’d been drinking for hours anyway, it only made sense to go back to the sports bar, then I & I’s. Partying on a tropical island, to reggae music, and with plenty of rum is a pretty good way to spend your time! Caye Caulker may be small, but it’s pretty amazing.