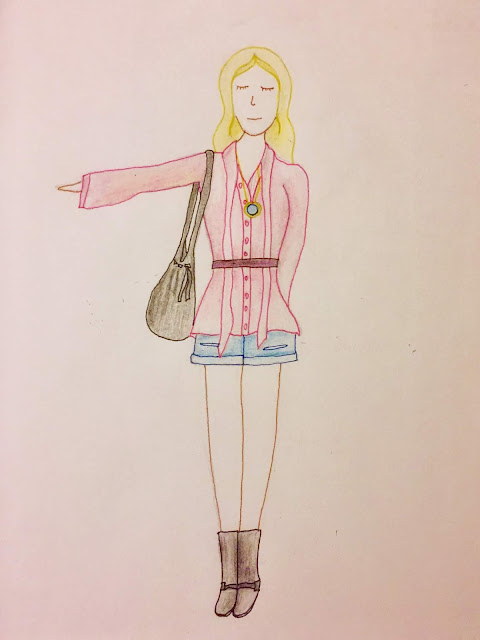 She’s the girl who’ll make you wait five minutes to eat while she takes a photo from above. Who’ll ask you to take candid photos of her in scenic locations. Who’ll put together outfits in case the perfect lighting appears. She’s borderline obsessive about it, agonising over her best angles, the right filters, and the best time of day to post. Trying desperately to unlock the secrets of the algorithm.

She only shows her best bits of course. Painting on her makeup, styling her hair to achieve a not-so-effortlessly messy look. You’ll see her sipping on cocktails. You’ll see her out with a gaggle of other girls. You’ll see her performing yoga poses, probably on the beach. You’ll see juices and smoothie bowls and salads and so much avocado. You’ll see a perfect lifestyle, of travel and fashion and health and friends.

It’s working not bad so far. She has a decent following, but it’s hardly anything extraordinary. Certainly not enough to make a living from it though, as she hopes to eventually.

So in the mean time, she’s working as a photographer’s assistant, in the hopes of perfecting her craft. Not that he ever lets her take a photo with one of his cameras. She only hands them to him, switching out lenses and setting up the lighting. In fact, most of the time she’s more like a receptionist, handling the clients and bookings. She’s been doing it for a couple of years now. It doesn’t pay great, and she’s overworked half the time, but maybe one day he’ll look at her photos? That is, if he would stop looking – or rather, leering – at her breasts and legs all the time.

Her parents are unconvinced by her aspirations. They’re middle class types, living on the outskirts of a big city, and have worked the same stable jobs all their lives. They don’t really understand social media, and how someone can possibly make a living from it. And they’d like her to be more than an assistant by now. But mostly, they’re trying to be supportive, so they bite their tongues. The whole family are very good at that, bottling up their emotions and not saying what they really think. They’re very good at putting on a show, as if nothing is wrong, only allowing the world to see their best bits.

It’s probably why she does the same. Presenting herself to the world in a very particular way. Never letting anyone see her fears or her weaknesses. And as a result, never letting anyone get to close. Keeping people at arm’s length, so they only see as much of her as she wants them to. She carries it like a weight, this fear of being anything less than perfect. Online, she appears surrounded by friends, always out doing all these fun activities together, #bffs, #bestbitches, #girlgang. But they don’t really know her, and she doesn’t really know them. It’s all a carefully coordinated show. She’s caught, trapped, stuck between not wanting to let anyone get too close… but being so very lonely inside.

NB: This is a new writing exercise I’m trying out. I’m searching online for street photos, portraits of random passers-by, often fashion shots, and generally from Edinburgh, then doing a quick sketch of them (excuse my shit pencils for the time being!). Then turning them into characters, writing up profiles of who they could be, inventing their backstories and personalities. I’m hoping to do more extensive versions in the future, today’s is a shorter one to start.