I can hardly believe that I’ve been listening to You Me At Six for ten years now. Back when they first started out, both myself and all of them were still teenagers! I’ve seen them live several times in the past, but the most recent was three years ago, on their arena tour with All Time Low. Three years is far too long, but I was living in Asia, so now that I’m home again and they announced a tour in support of their new album, ‘VI’, I immediately got a ticket. Then, they announced additional dates when they would be playing their debut, ‘Take Off Your Colours’, in full, for its ten year anniversary, so I got a ticket for that too! 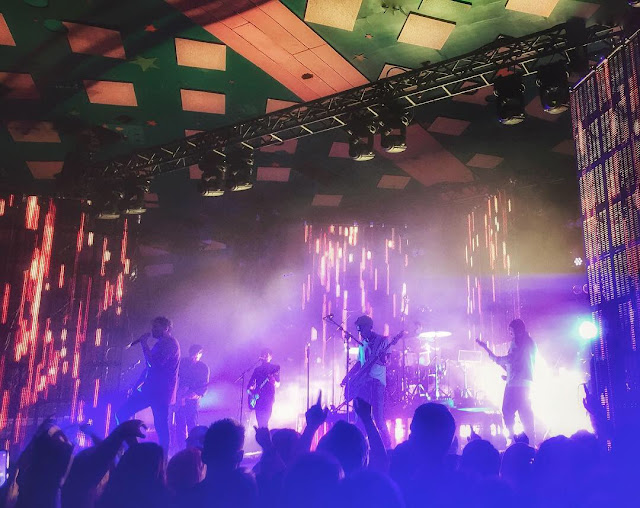 The shows were on consecutive nights in Glasgow, both at the Barrowlands, the city’s most iconic music venue. I’ve been to shows there before as well, and something about that venue is special. Those have always been some of the best shows I’ve attended, and thousands of others who’ve been to the venue will likely agree. Glasgow is a huge city for music, an important location for many bands, and the Barrowlands is the best venue there. I think partly it’s because it’s now become so legendary, and so many amazing bands have played there. I also really like the size of it, with a 2,000 person capacity – far smaller than arenas, where you’re miles away from the band, but still big enough to get a real buzz going from the crowd.

The support acts for both nights were The Xcerts and Marmozets, both bands I knew of but hadn’t really listened to much before. They played the same sets both nights, so I imagine some people probably arrived late the second night if they weren’t bothered about hearing it twice. I went along early enough both times though, as I think it’s good to support these smaller bands (so they’re not playing to half empty rooms!). I always like to check out support acts too, as sometimes I’ve discovered new bands I end up really liking that way. The Xcerts certainly seemed like one I should check out more music from, while Marmozets were less my thing, but I still enjoyed their set. 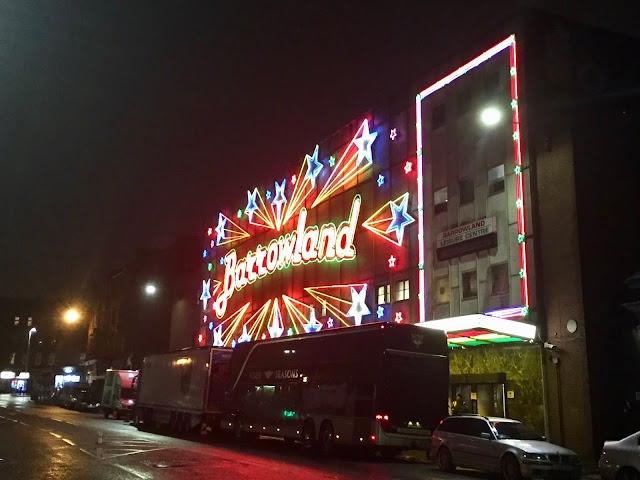 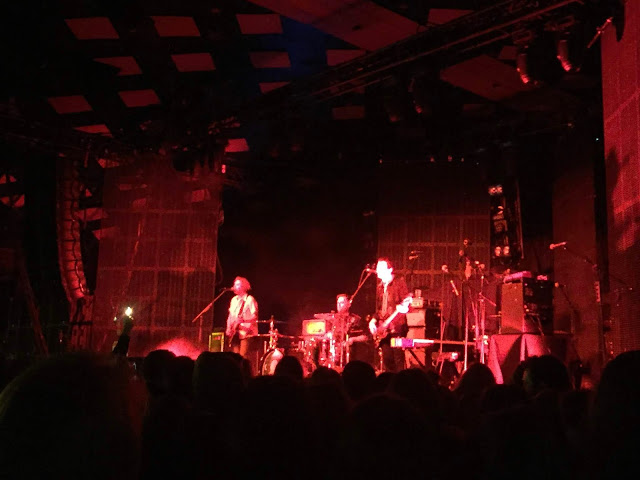 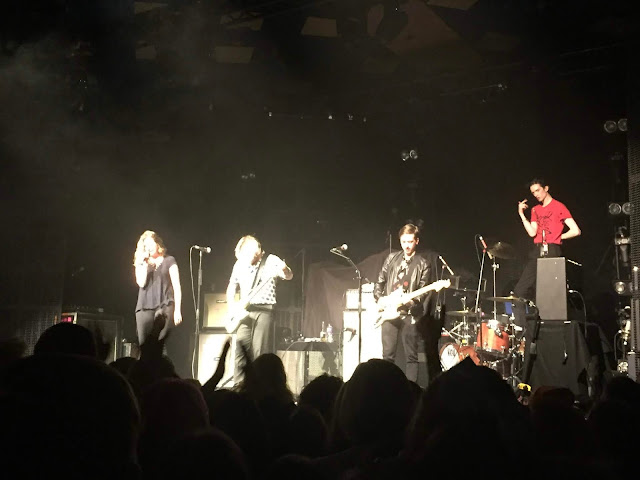 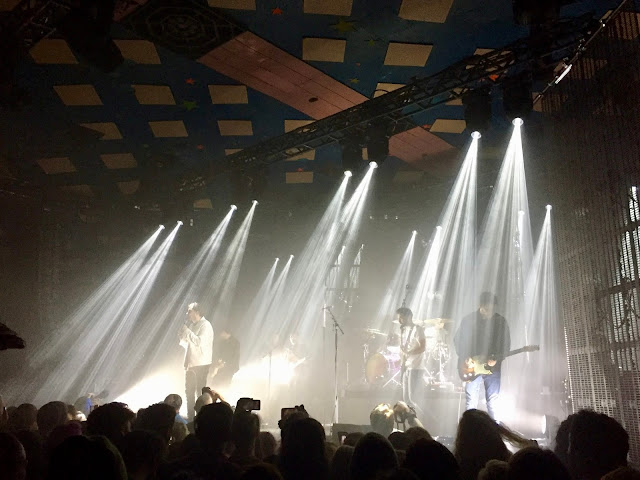 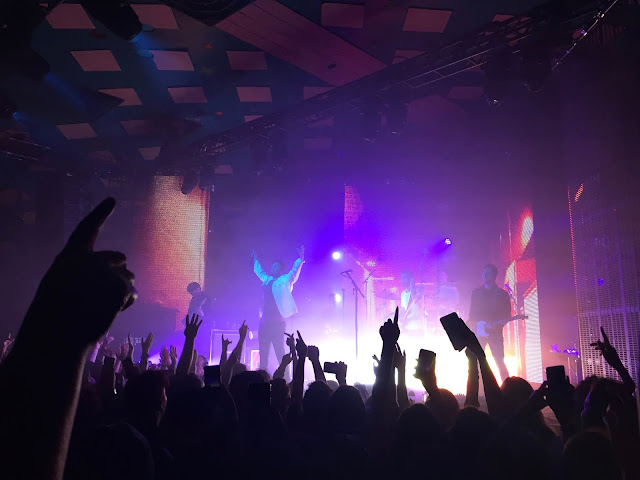 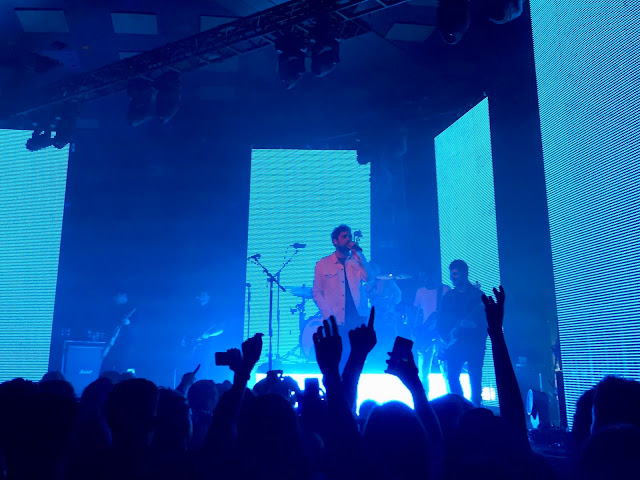 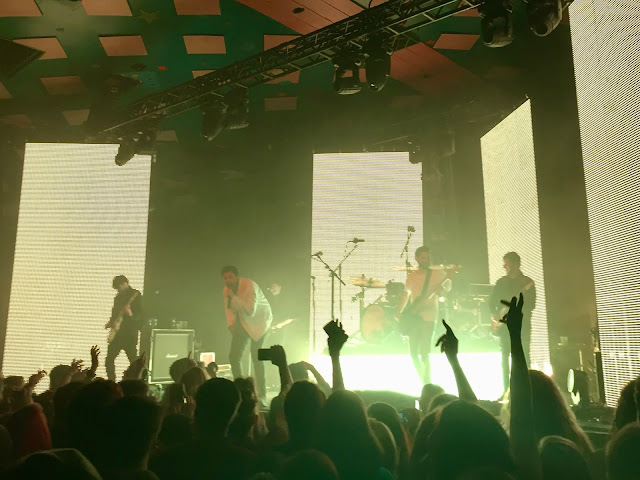 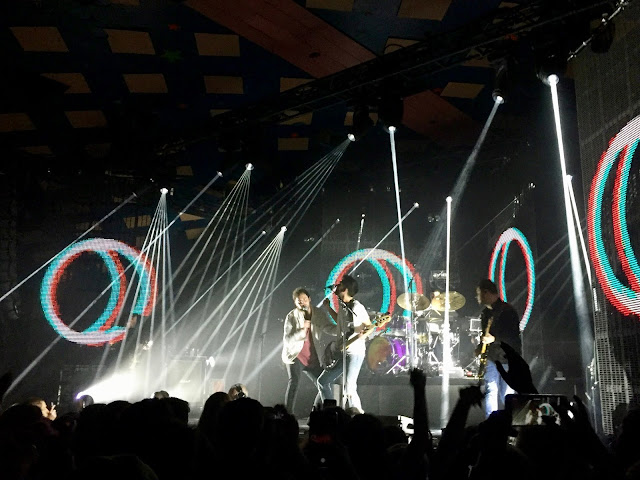 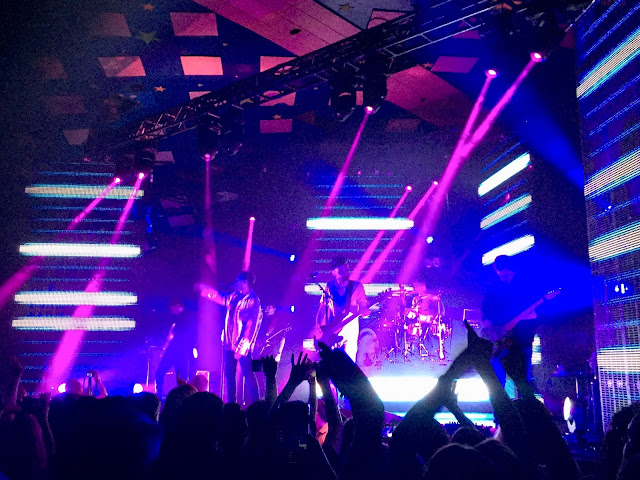 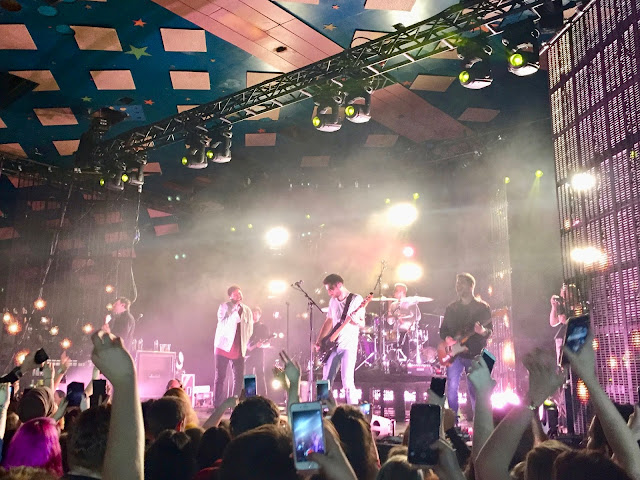 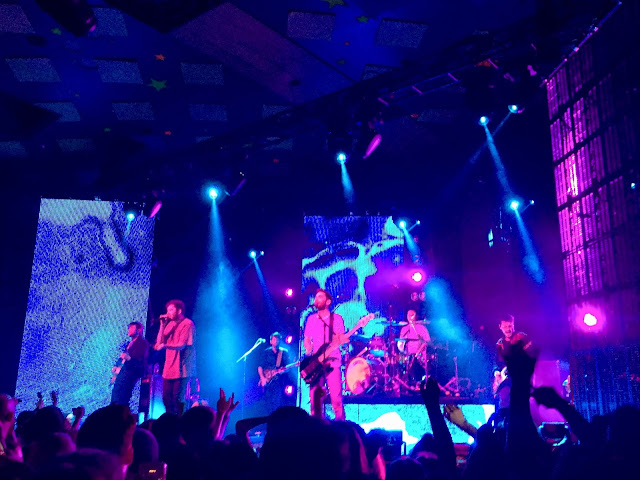 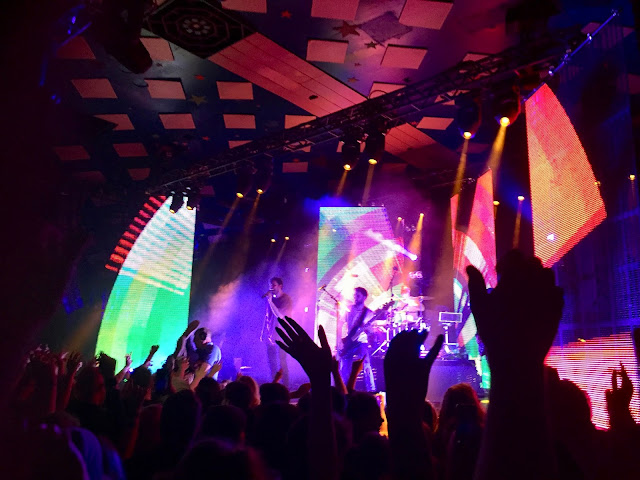 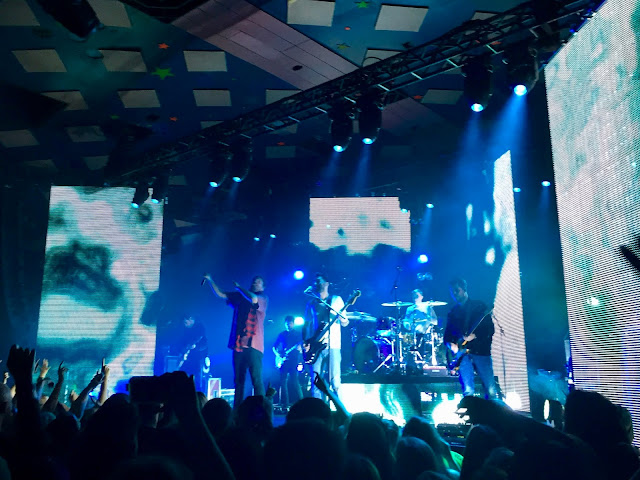 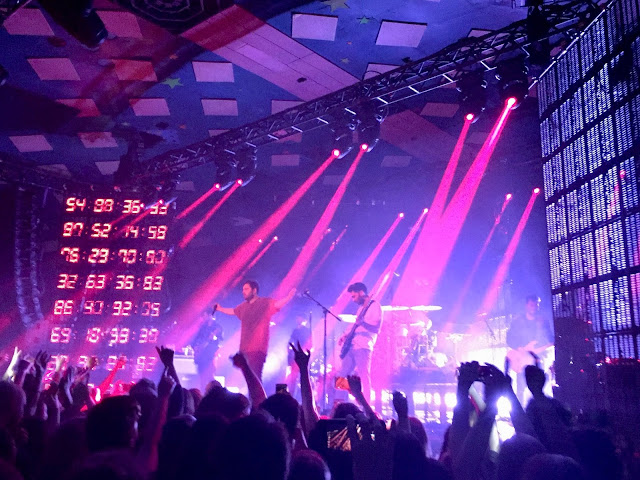 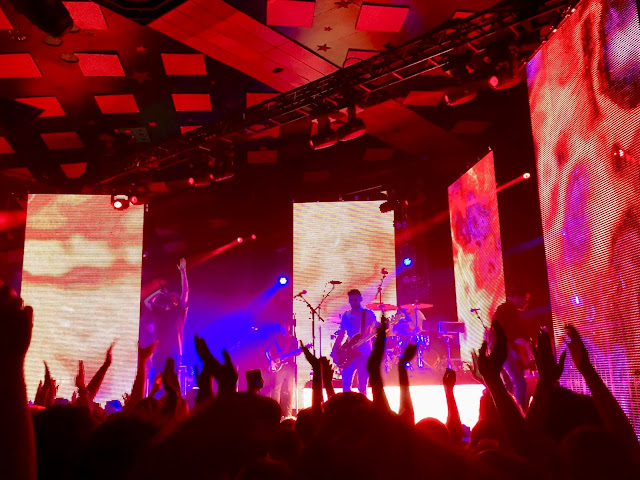 Then of course, it was time for You Me At Six. I like concerts and live music in general, but You Me At Six shows are special to me, as they’re still my favourite band ever, after all these years. It’s now a combination of nostalgia from having followed them for so long, and I really enjoy each new album they’ve put out as well. I never tire of them, and I’ve never gotten bored of them in any way. They always put on great live shows, and on both nights the crowd got so into it, and were giving back so much energy – check out my Instagram story highlights for some clips! Poor Josh was struggling with his voice on both nights – apparently they came close to cancelling – but he gave it as best as he possibly could. Down but not out, indeed. The crowd, including myself, didn’t seem to mind at all though, and happily sang out the lyrics he had to skip. I was very grateful that they didn’t have to pull the shows, and appreciated the effort he put in. There actually seemed to be even more applause and cheering after songs he struggled on, proving just how much we support them.

The setlist for the first night included a lot of songs from the new album, ‘VI’, including my favourite tracks from it (‘3am’, ‘IOU’, ‘Straight to My Head’), but they also played lots of old favourites too. It was actually such a great setlist, just banger after banger, with at least one song from every single album to date. Lots of singles and fan favourites, with lots of fast paced and upbeat numbers, but a few slow ones thrown in as well. They’re great at getting the crowd really involved too, encouraging crowd surfing (though I did get kicked in the head!), people getting on each other’s shoulders, and lighting up the room with phones and lighters for some songs. It was a great mix of old and new, allowing us to really appreciate their entire musical catalogue. I don’t think there’s a You Me At Six song I dislike, but they included so many of my favourites, such as ‘Lived A Lie’, ‘Reckless’, ‘Room to Breathe’, ‘Bite My Tongue’, ‘Stay With Me’, and ‘No One Does It Better’. I also didn’t get to see them when they toured their last album, so I got to hear songs like ‘Take On The World’ and ‘Give’ live for the first time. 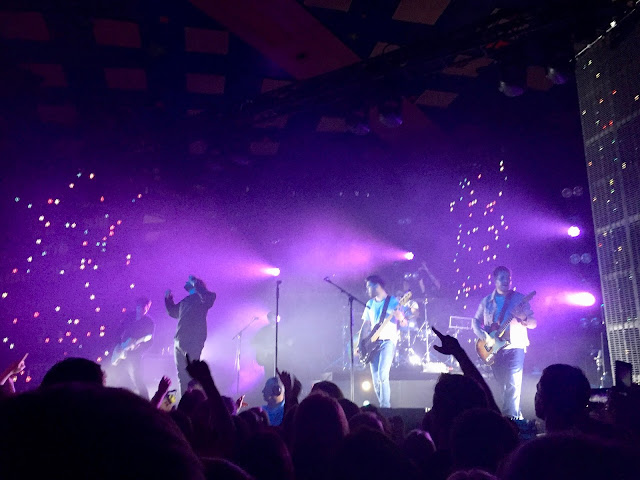 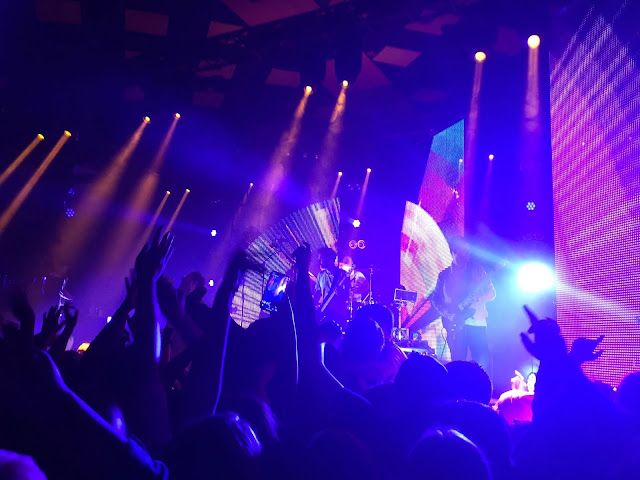 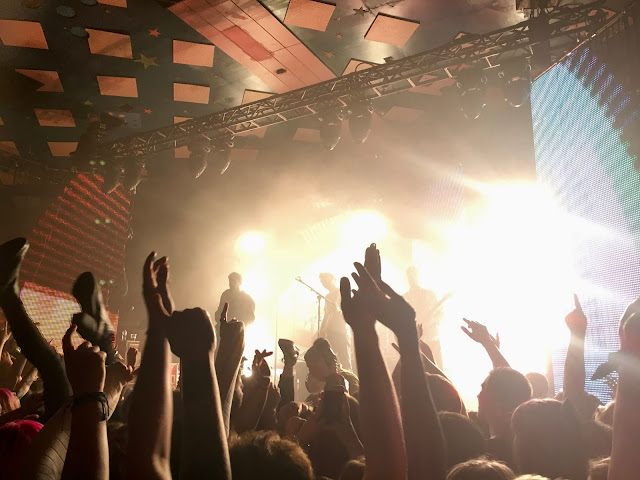 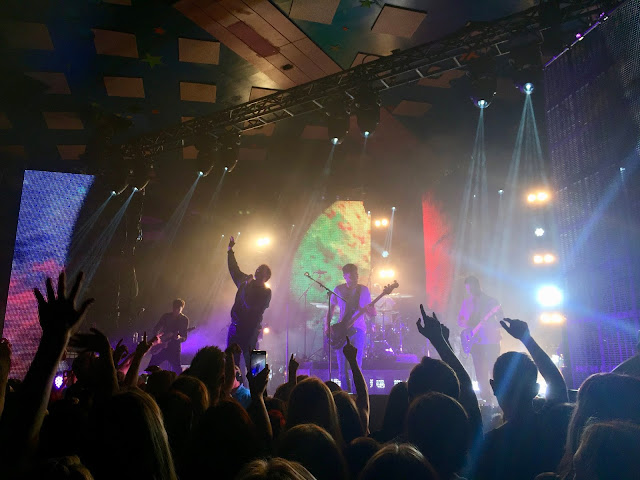 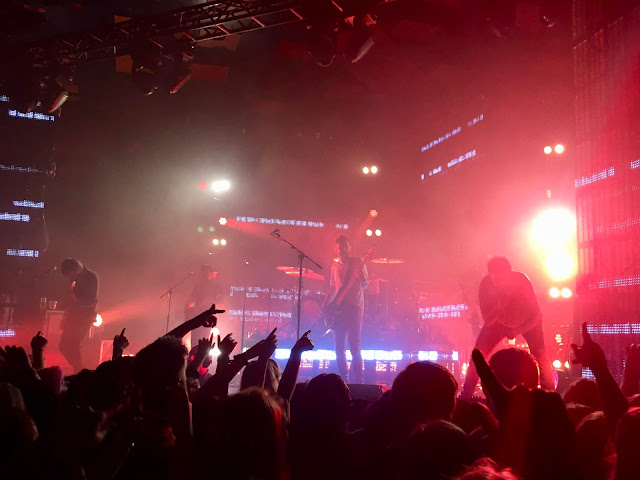 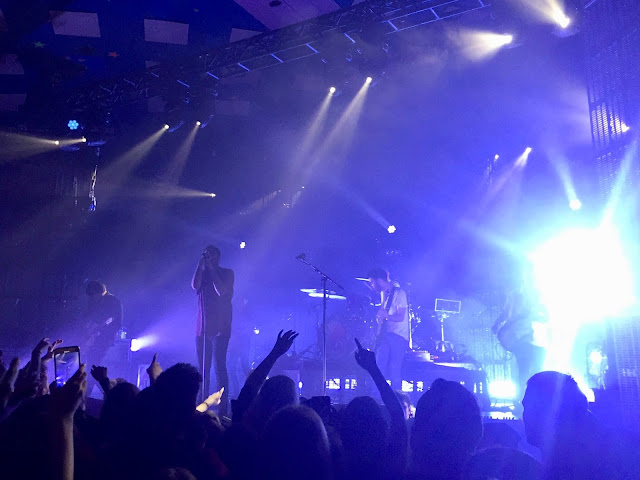 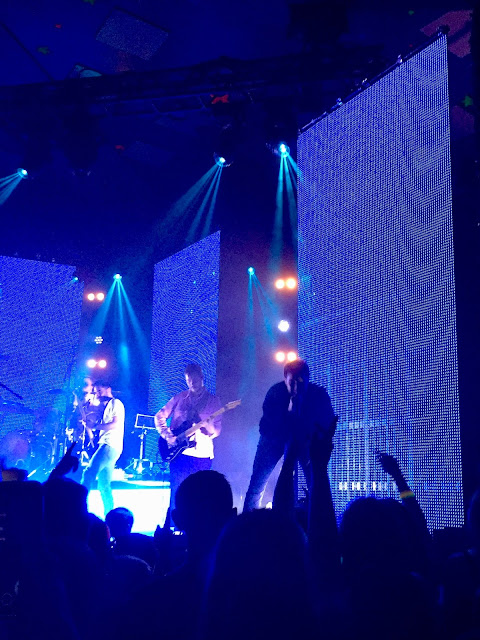 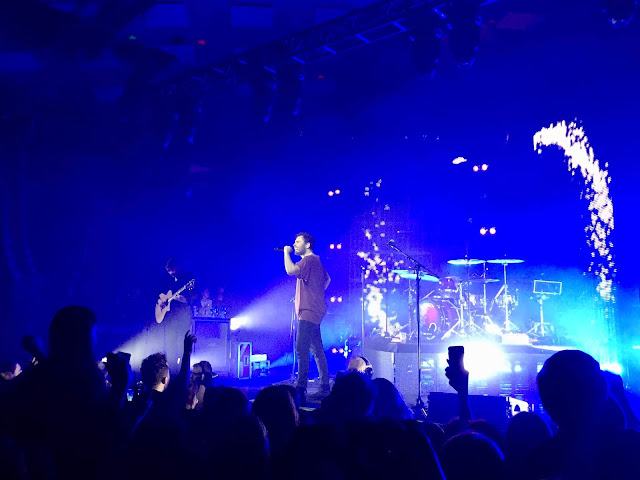 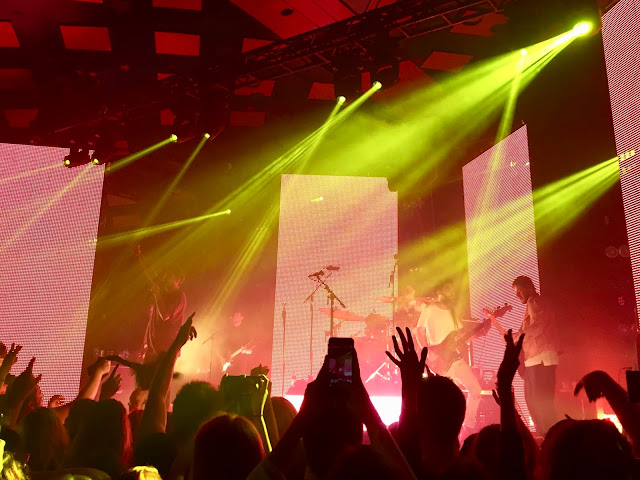 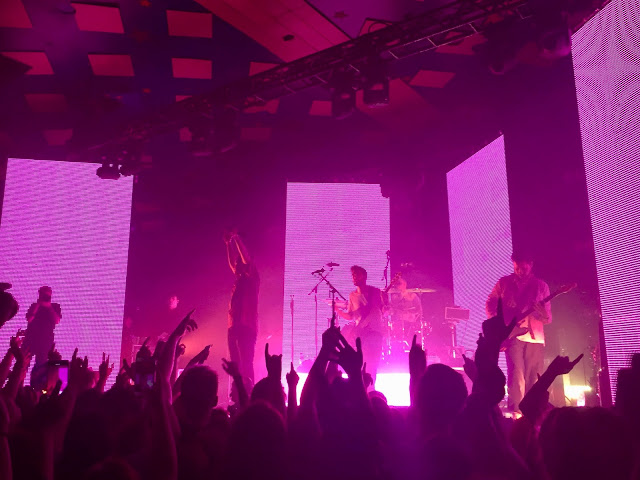 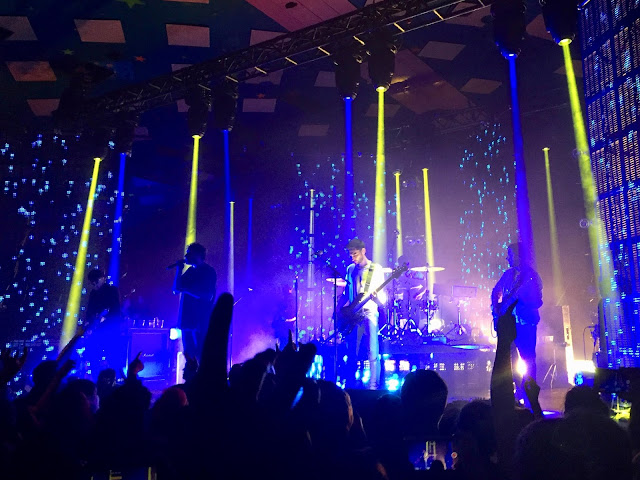 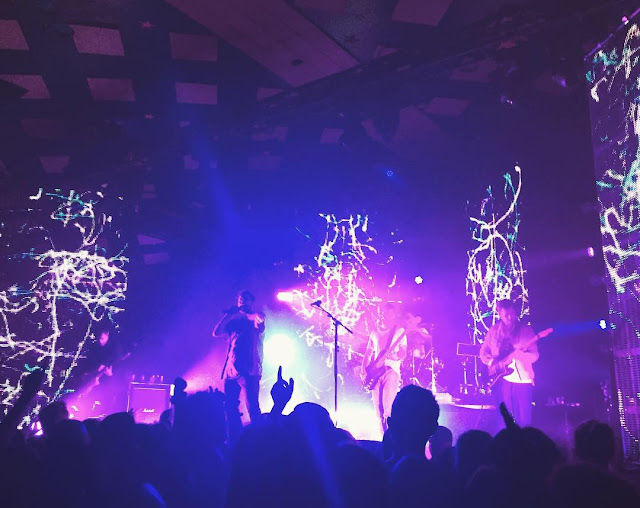 While I loved every second of the first night, the second might have actually been even better (it was also my 6th time seeing them live, how appropriate!). They played the whole ‘Take Off Your Colours’ album, in order. Then, when they came back for the encore, it was still early, so we got another seven songs, including the singles from the extended TOYC, and other singles from over the years. Some were repeats from the night before, but I didn’t care. I had wondered if it’d be a little cringey reliving this album, as the band have matured, both musically and in life, since then, as have I. Yet somehow it wasn’t, as the band and crowd just went all out, allowing ourselves to revel in the nostalgia, and be grateful for how this album helped get You Me At Six where they are today. My musical taste has evolved alongside their style, which is why I’ve enjoyed every album, but I still like their early releases a lot too! The first time I saw them live was in 2011, touring for ‘Hold Me Down’, so they played some songs from this album at the time, but this was my first time hearing many of these tracks live. In particular, I was so excited for ‘Jealous Minds Think Alike’. This was the first You Me At Six song I ever heard, and remains one of my absolute favourites, partly for that reason. ‘Save It for the Bedroom’ was also a big highlight, where the crowd just went completely mental!

Both nights closed with ‘Underdog’, one of their biggest singles, which never fails to get the crowd moving, and serves as an excellent closing number. It’s a song that none of else will ever tire of, and I love how the room erupts on the final shout of ‘underdog’. I’ve enjoyed every You Me At Six show I’ve been to in the past, but these two nights felt extra special somehow. In ten years, this band has given me so much. They have this uncanny knack for releasing their albums at times when I’ve been a bit down (except for this last one), and their music has gotten me through some tougher times. I’ve never tired of them, and they’ve never let me down, so I continue to adore them as much today as when I first became infatuated with them as a 14 year old, all those years ago. These shows, both nights, felt like a culmination of the last decade, reminding me yet again, just why they mean so very much to me. So all that’s left to say, is thank you.