Autumn is one of my favourite seasons, but only on certain days! We’ve had a fair bit of wind and rain recently, which is less fun, but the clear, sunny, crisp days are beautiful, with all the stunning colour of the fall foliage. So, of course, the best way to enjoy that is with a trip to the woodlands! Especially since we have to make the most of these sunny days, in amongst all the grey ones. There’s plenty of choice around Edinburgh to find some natural scenery, both in and around the city, so I used a recent half-day off with a friend, to get out of town for a few hours with a trip to the nearby village of Roslin. 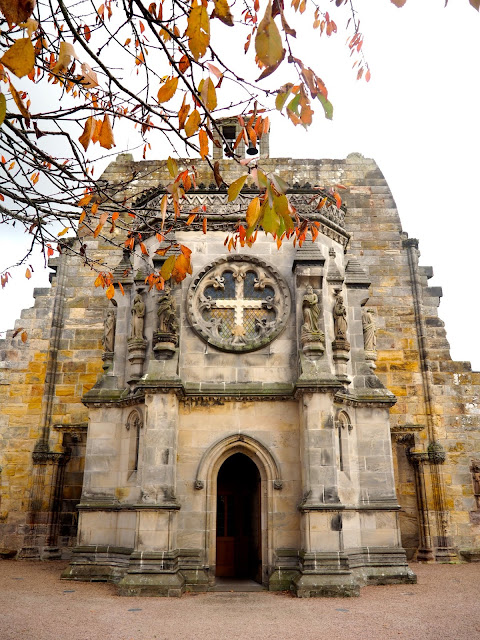 Roslin has a bunch of different things to check out, besides the woodland walks, so our first stop was the famous Rosslyn Chapel. The entry fee for this is a little steep (£9 adults), but the money goes towards the preservation of the building, and when you step inside, you can see why they need that money. The chapel isn’t just a building, it’s a million works of art, with every inch covered in incredibly detailed carvings! It dates back to the 15th century, when it was founded by the Sinclair family, the Earls of Caithness, who lived in the area. There was actually a short talk about the building while we were there, which taught us some more about the history of the chapel, including how it was almost abandoned after the Reformation, and fell into disrepair, before being reopened as an Episcopal church in the 19th century. The chapel is also rumoured to have connections to the Knights Templar, the Holy Grail, and Freemasonry, and became quite famous when it was featured in the Dan Brown novel, and subsequent movie, The Da Vinci Code. 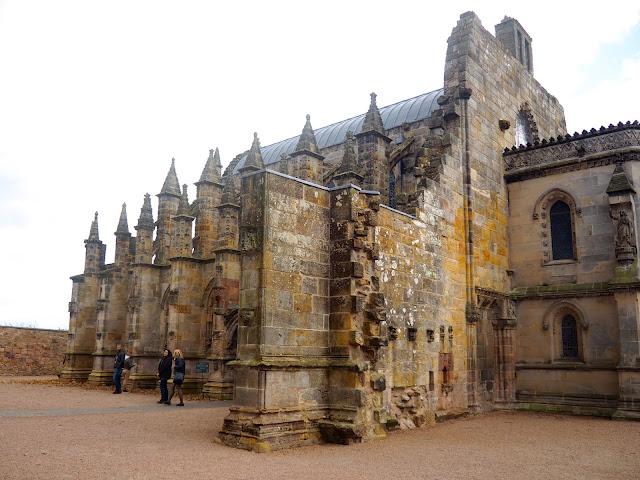 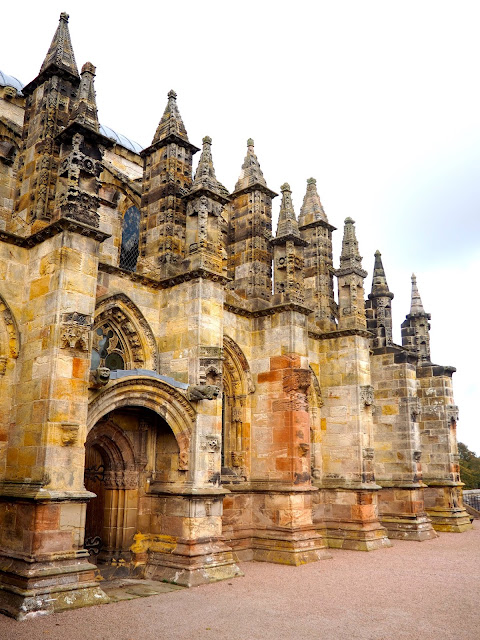 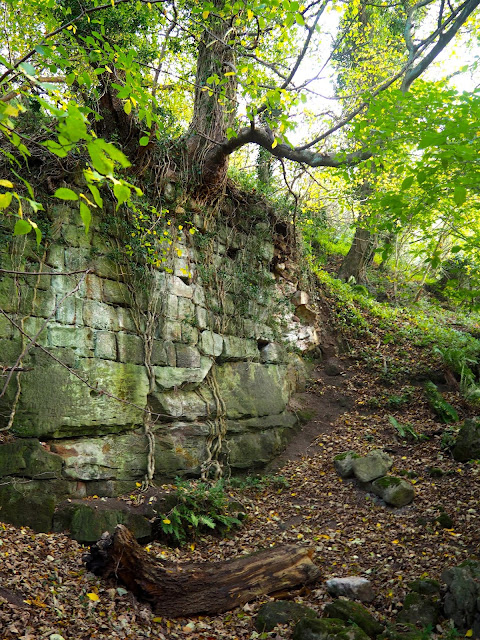 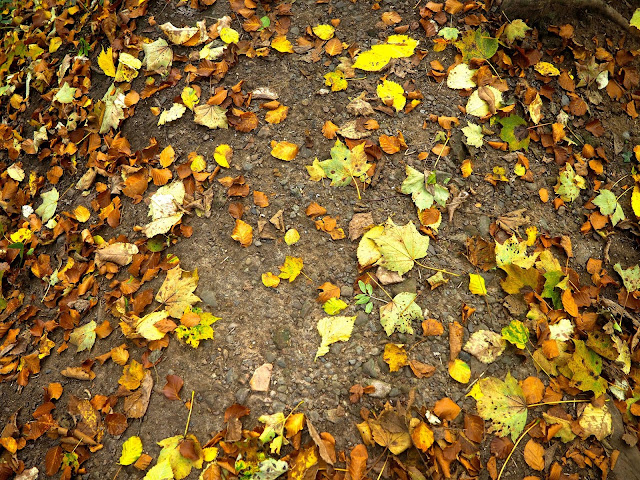 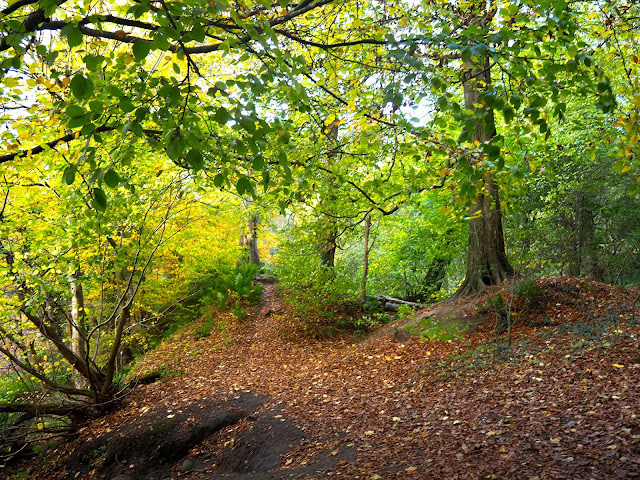 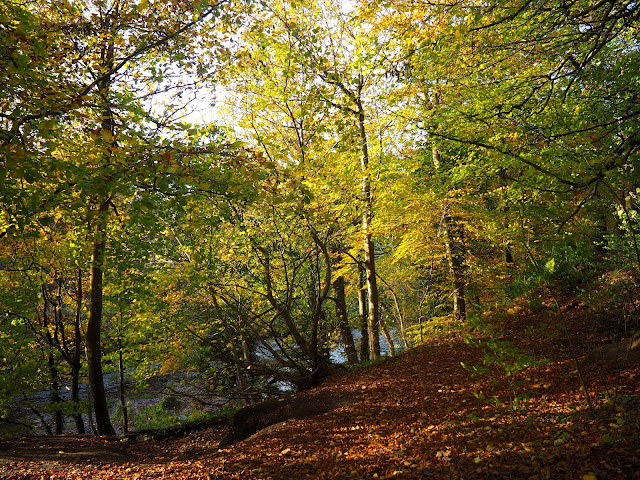 Although not a huge building, you can spend a long time inside, admiring the interior and all those wonderful carvings. There are plenty of information signs around as well, to explain some of the meanings to them. Some depict Bible stories, like the crucifixion, and others are moral lessons, such as carvings of the Seven Deadly Sins. There are also dozens of angels, many playing musical instruments, including the bagpipes of course, and over 100 Green Man faces, hiding amongst flowers and foliage. Many of the carvings can also be interpreted with different meanings, based on the Bible, Knights Templar or Freemasonry! One of the most famous though, is the legend of the Apprentice Pillar. At the front of the chapel, there is the Mason’s Pillar, the best work the master mason ever produced. It was so impressive, that it was decided the opposite pillar would have to be as good, if not better, and different to the first, so the mason set off to Europe to seek inspiration. While he was gone, his apprentice fell asleep in the chapel and had a dream which inspired him to carve the second pillar himself. His work didn’t just parallel his master’s, it surpassed it. But, when the master mason returned, he saw the pillar and flew into a jealous rage, striking his apprentice on the head with his mallet and killing him instantly. Now, as well as the two pillars, you can see the faces of the apprentice (with his scar), his grieving mother, and the master mason carved into the walls at the other end of the chapel, and the mason’s punishment is that his face now has to permanently gaze at the Apprentice Pillar. 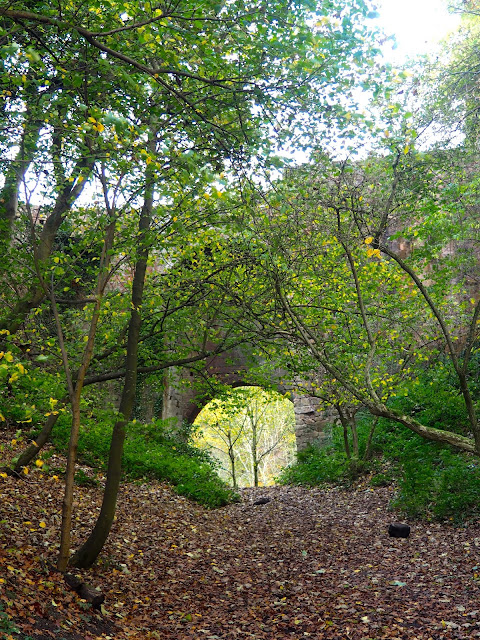 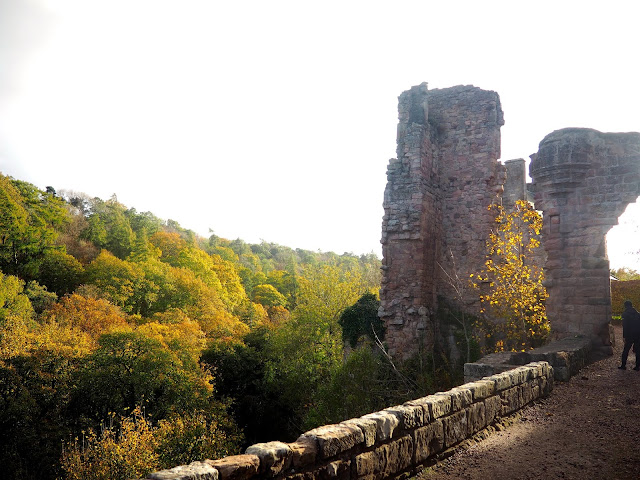 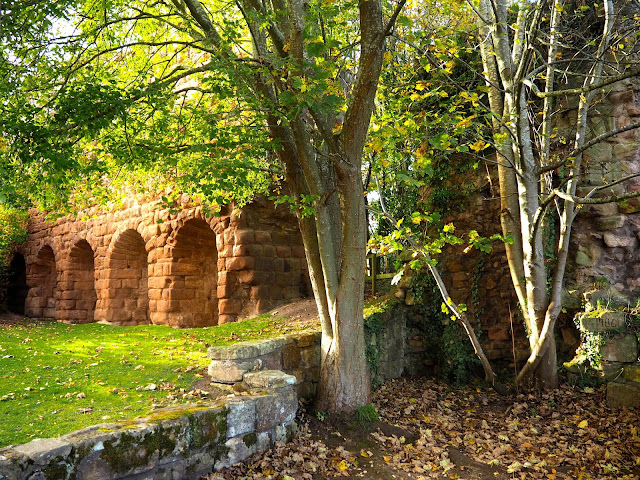 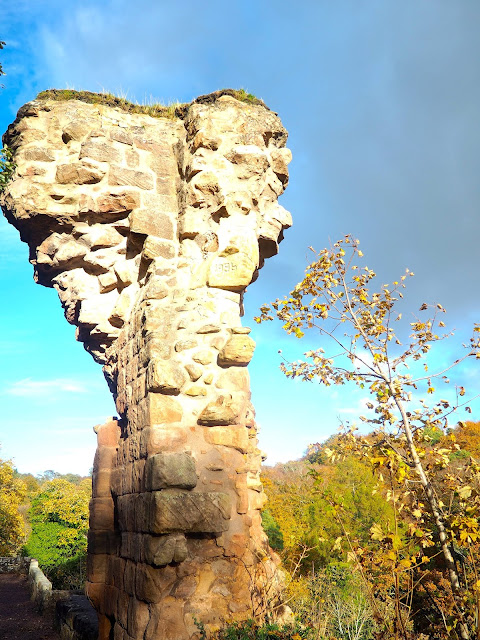 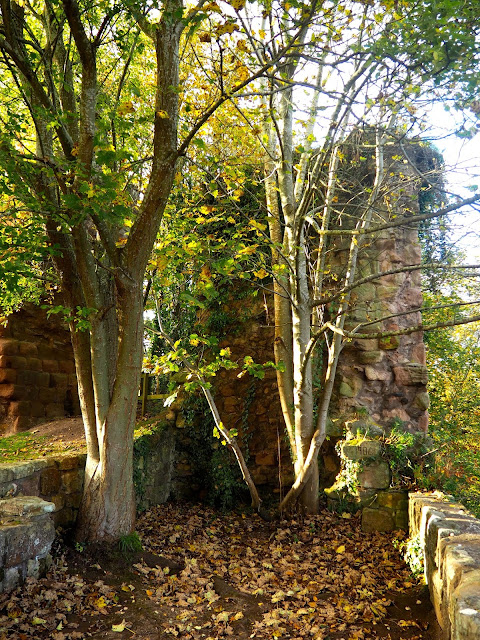 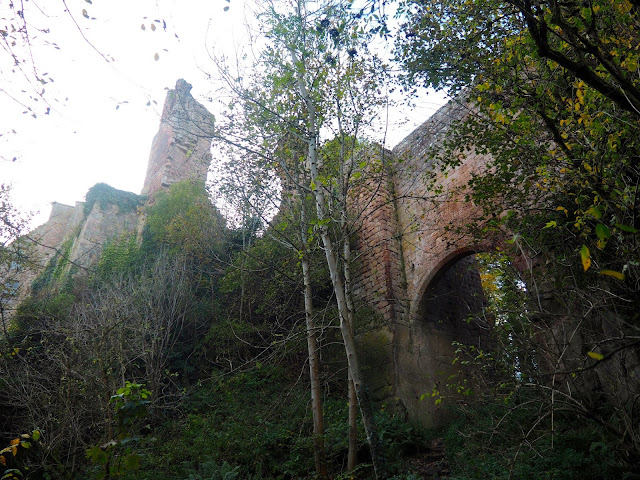 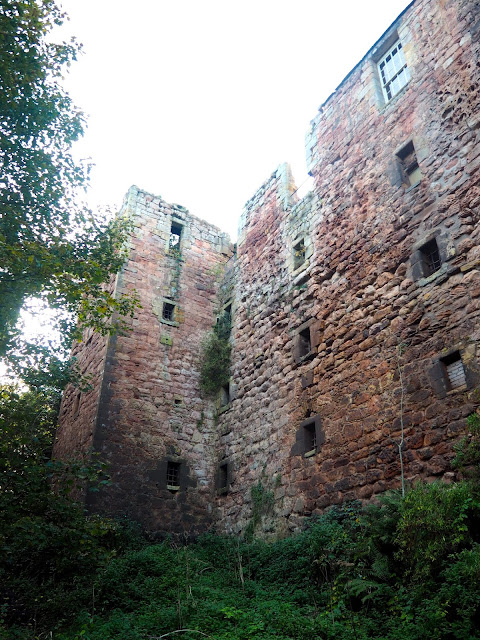 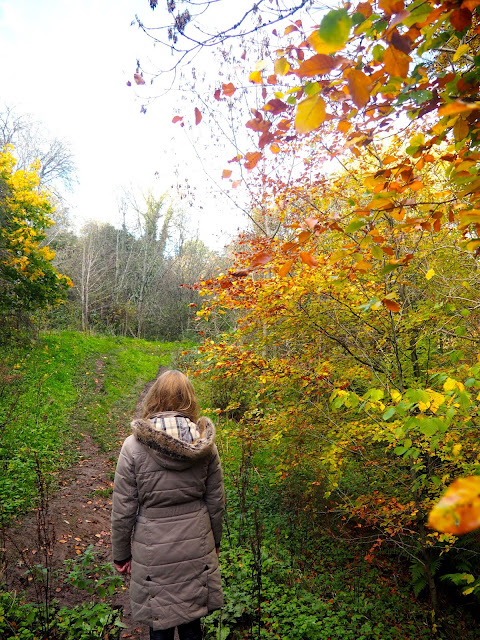 You cannot take photos inside the chapel, but after perusing the carvings for long enough, we headed outside again and took a wander around the building, taking a few pictures of the exterior. The outside is nice too, but not a patch on the inside! We then turned our attention to the woodlands, heading to Roslin Glen for a leisurely walk through the forest. Amongst the trees, hides Roslin Castle, once home to the Sinclair family. It was built in the late 14th century, but the original was destroyed by warfare and then rebuilt in the late 16th century. It suffered through more warfare in the following century though, and now only some of it remains habitable (now in use as holiday cottages!), while the rest is dilapidated. It’s built high above the glen, with a huge arched access bridge leading to its upper levels. We explored up there first, then headed back down and under the bridge, to wander around it from below, this huge, imposing castle towering above us from the valley floor.

Then we spent an hour or so simply wandering the glen, along the banks of the River North Esk. It was a dry day, although there were still a few damp, muddy patches of path to navigate. You can follow paths through the glen, but they’re not hugely well trodden or maintained, so it can get a little slippery underfoot. The ground was covered in leaves, though there were still plenty on the trees too, in their warm autumn shades, and when the sun broke through the cloud cover and shone down through the leaves, it was a beautiful scene to behold. We ambled along by the river, encountering other walkers and a few families as we went (it was a weekend), before eventually looping back to the car park at the entrance, where my friend had parked. You can also get to Roslin by bus, and there is a path from the chapel to the castle and glen, so it’s all accessible without a car too! We also spotted another entrance gate to a different section of the glen as we were driving off again, so perhaps a different area for us to explore on another visit! 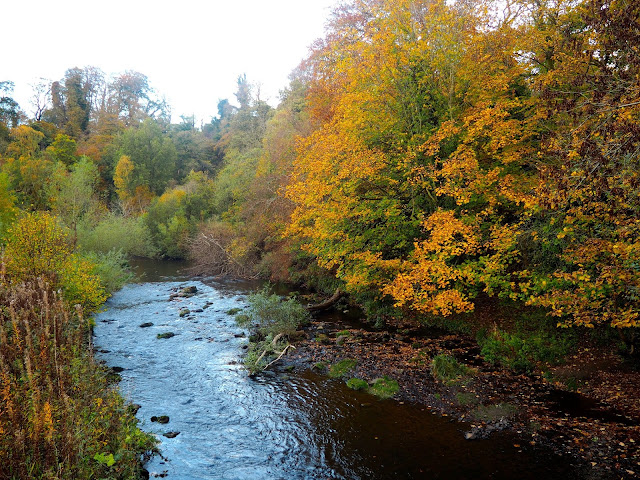 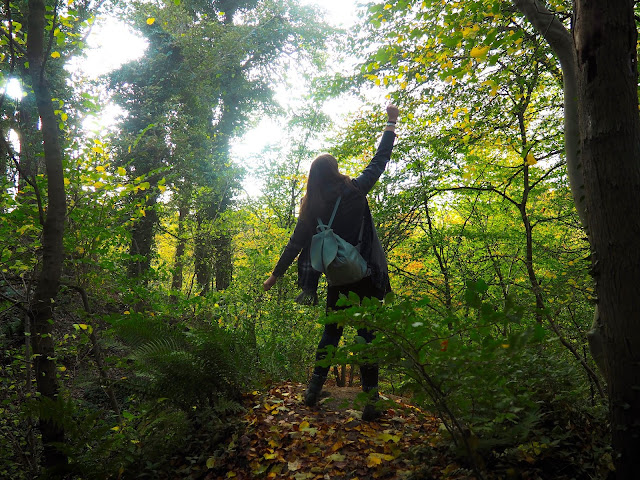 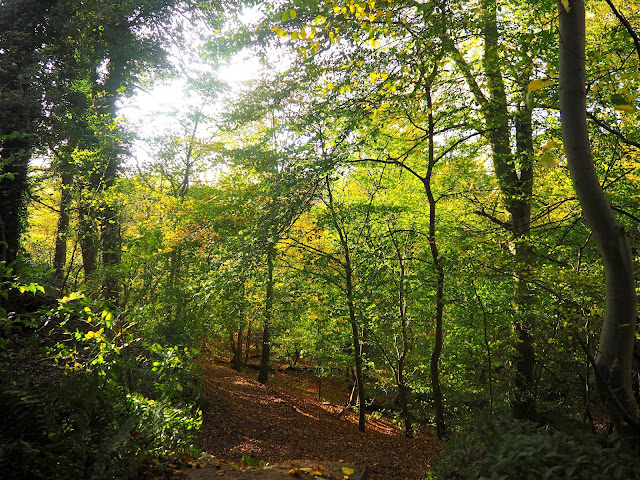 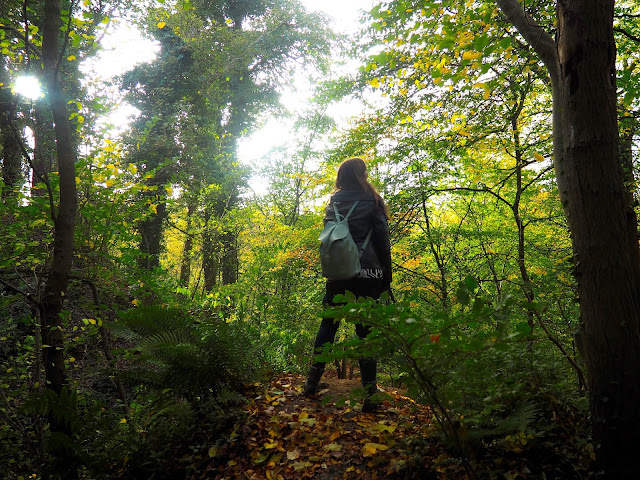 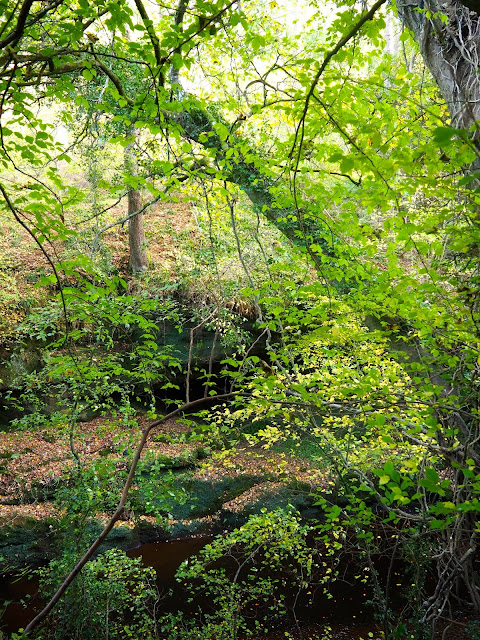 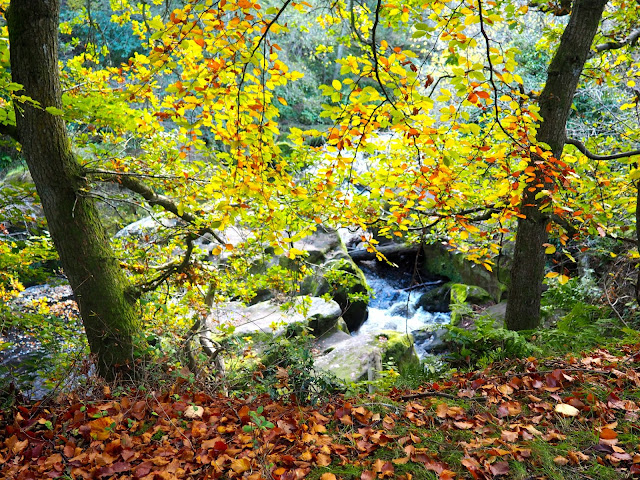 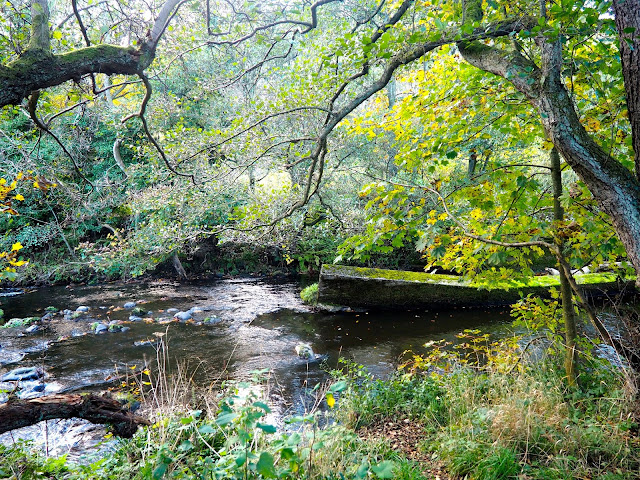 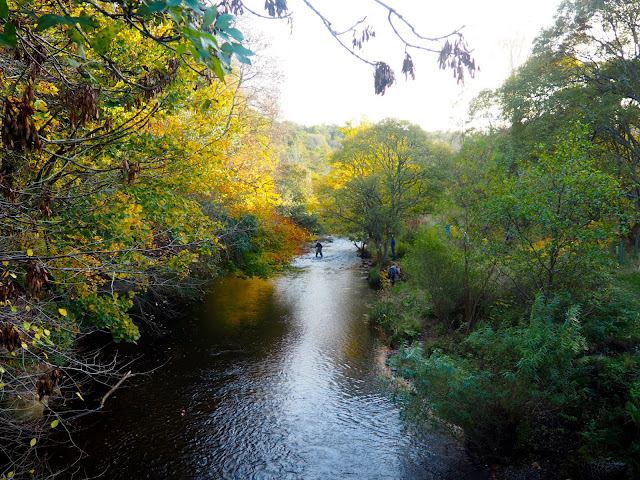 It was a great day out, and a welcome break from the city, since I haven’t been out of it in a while now! I was glad to get good weather as well, since I haven’t done as much walking or hiking recently, what with bad weather and walking so much with my work. Roslin is a great mix of things to see and do, with the history of the chapel and castle to discover, as well as the natural scenery of the glen to enjoy, so we did a bit of learning to begin with, and then relaxed with our woodland walk after.