Ok, so these DNA tests to see where your ancestors are from have been circulating the internet for a few years now, so I’m a touch late to the party. I’d thought about doing one for a while, and after watching one too many YouTube videos, and then seeing the kits on sale, I figured I’d give it a go! I used Ancestry for mine (not sponsored), as it was one that offered quite detailed results about which specific regions of a country your DNA was from, which I wanted, since I was pretty confident most of my DNA would be from one country anyway. You also have an account on the website, so if in the future, their research tells them more about DNA and different regions, your results can be updated to be more accurate over time. 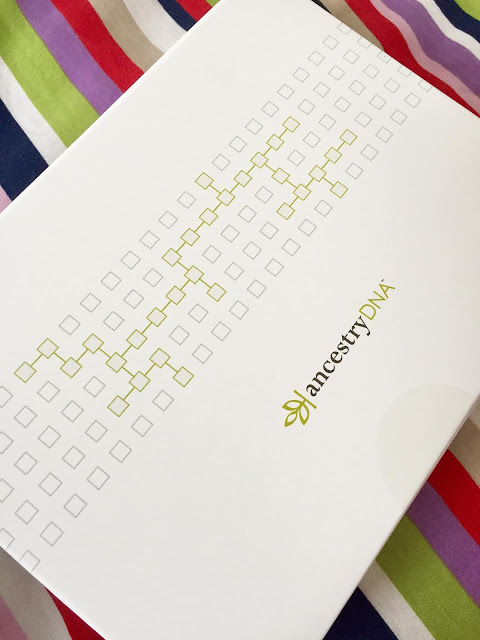 They send you the kit, which has instructions and the test tube to collect your spit in – sitting there spitting for several minutes, after having to wait about an hour without eating or drinking before doing so was a little odd! But otherwise, it’s quick and easy. Then you just pop it into the return box which is included, and wait a few weeks for the results! They estimate 6-8 weeks, I think mine took about two months roughly. Then an email appeared one day, informing me my results were ready! It should be noted, that the results are not 100% accurate, which is all explained fully on their website, and which is why they give you a likely range for your percentages. Some parts can also be narrowed to more specific regions within a country, but not all.

Prior to doing the test, I was fairly confident all my DNA would be European, with the majority being British. I don’t know loads about my own family’s history, beyond the last few generations, which have all been Scottish primarily. I know my surname is Scottish too, and my mother’s maiden name is trade related, rather than tied to any country or region. Knowing what I do about history, immigration, and relations with other countries, I wouldn’t have been surprised to see English, Irish, Scandinavian, and anything broadly North Western European in there. Unlike people in, for example, the States, who do these tests, my family didn’t really emigrate from anywhere else, we’ve been in the British Isles for centuries, as far as I knew, so anything further away than those places would have been a shock! 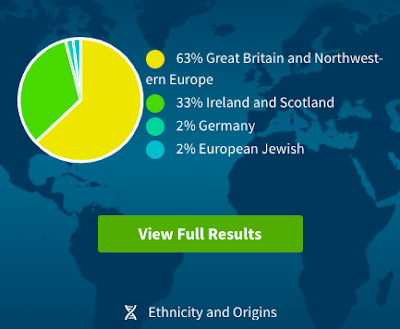 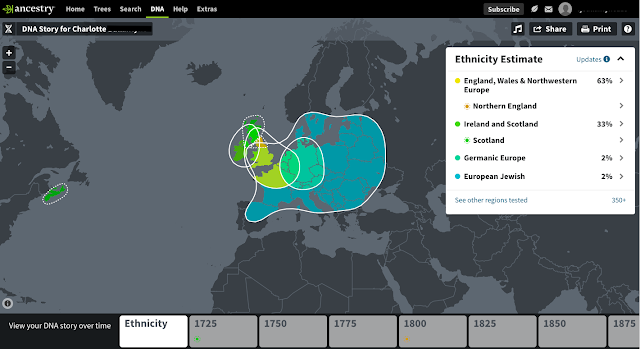 And when I got the results, I was pretty spot on in many ways – 100% of my DNA is European, with a whopping 96% being from the British Isles. I was surprised initially to see how high the English & Welsh percentage was, at 63%, as I’d expected to see some in there, but had assumed Scottish would be the highest amount. However, when you get more specific, that can be linked to Northern England, and on their map, this overlaps into the south of Scotland, due to ongoing border conflict over the centuries. This then makes sense, as I’m from the Borders region of Scotland, the area in the south east, so there would have always been mixing with the northernmost English towns, and the border has shifted many times over the years. So, the majority of my DNA is from the exact region I grew up in! My family have barely moved from the area in centuries! The website does show you common migratory patterns throughout history – e.g. Scots moving to America during the Highland Clearances – which would be interesting for people who get results linking them to countries far away from themselves, but that’s clearly not relevant for me, since we haven’t moved! 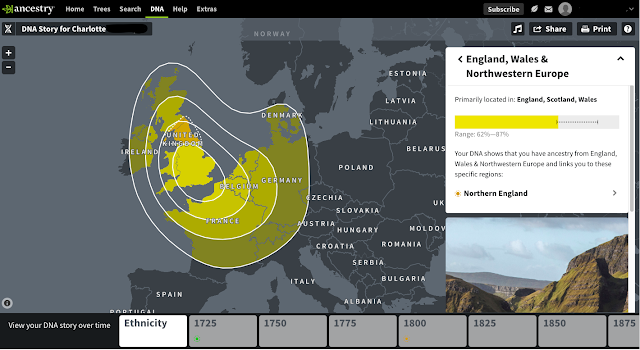 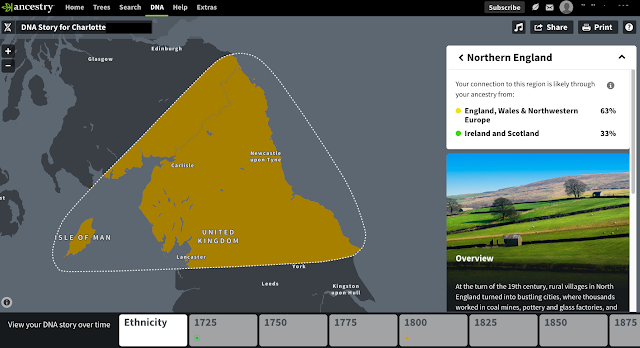 My Scotland & Ireland percentage was the next highest, at 33%, and that can specifically be linked to Scotland, though not any particular region. I was surprised to not have any Irish in there, given the close relationship and similar heritage the two countries have shared, but it could be that I still have it, they just couldn’t be certain enough to link it there specifically, or that I didn’t inherit that particular bit of DNA from my parents (even siblings will get different results with these tests!). Also, when exploring the data, it says that both the connections to Northern England and Scotland could have come from both the English/Welsh and Scottish/Irish DNA. So, we cannot be certain of the percentages too specifically, but it’s pretty clear that I’m very British, and very much from the northern half of the British Isles, between Scotland and the north of England. 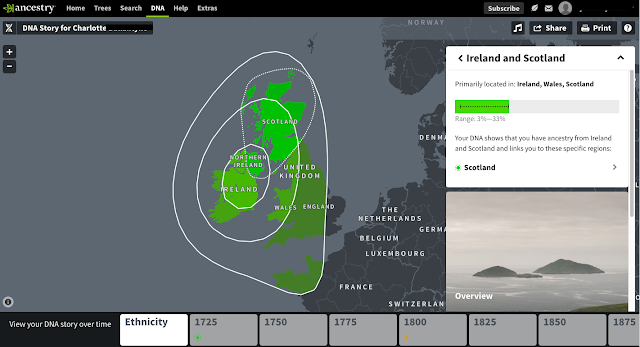 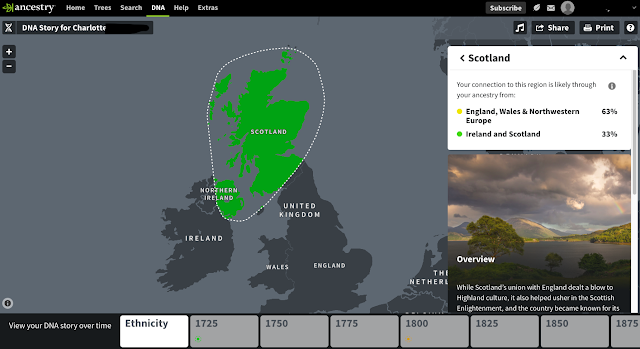 The remaining 4% was a little more unusual though, and slightly more surprising. Germanic European accounts for 2% of that, which I can kind of see, as that region covers a pretty wide area and several countries, and is pretty central to Europe, so I imagine most Europeans will have a little bit of that in their DNA somewhere. The final 2% was Jewish European though, which I never would have guessed at all! That can’t really be linked to any specific country, but is broadly spread across Europe, made up of many insular communities of Jews. Again, it’s likely that plenty of Europeans could have that in their DNA somewhere, and it’s far less surprising that I have some of that than if I’d had any non-European results. It was just certainly not something I was aware of or expecting at all! 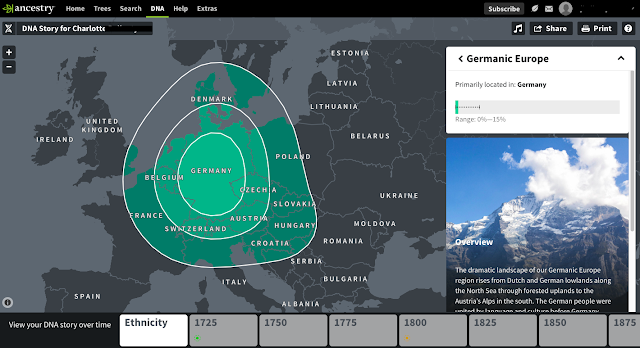 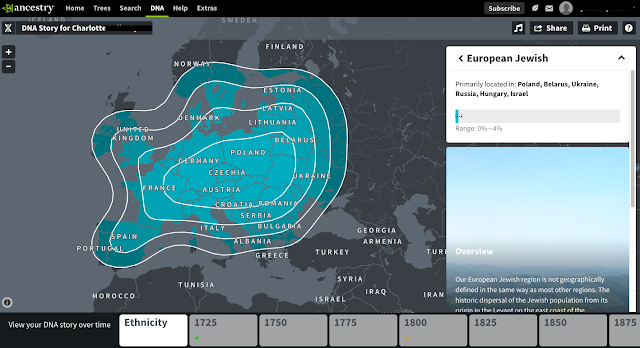 Overall, I’m pretty content with my results. They’re not the most exciting results ever, but I knew they wouldn’t be, as I’m quite clearly white British. It would have been fun to discover something unusual in there, for a bit of diversity, but that’s clearly not the case, and that’s ok. Although my results are a little bit boring, they do give me a sense of history and identity. I’ve always been proud of being Scottish, of our culture and heritage, so it’s nice to know that my family has been a part of that for centuries. And while my English result was higher than my liking at first, the fact that it actually does still link to Scotland, and to the specific region I’m from, gives me a greater connection to that area. It’s as though my family has withstood time, standing firm for centuries – especially when you see why others might have moved away over the years. And although my family may not have moved or travelled much over the years, I feel like I’ve made up for that with my own travels, and at the end of the day, I can always come home to this little corner of the world that I know is mine, and that is part of me.