Outfit – Just a Kid from Brooklyn

So, in honour of the new Avengers: Infinity War movie being released last week, which I went to see yesterday, I’ve put together an Avengers inspired outfit – after all, Disney owns Marvel, so it still counts as a Disneybound! Specifically, I chose Captain America, my favourite of the Avengers. Red, white, and blue are the clear choices for him, but I chose darker shades to match the tougher looking, less gaudy, versions of his costume, with this dark blue top and burgundy skirt. The boots are also the closest I had, and I added the black cardigan, as it’s still chilly in Scotland, and I wanted something dark, to match his style in the new movie. I picked these star earrings as a nod to his iconic logo, and the bracelet since he is often wearing gloves. I didn’t have a star necklace, so I chose this pocket watch as it seemed like something he would have used back in the 40s, and kind of resembles his compass from the first movie. I went with the classic eyeliner and red lipstick as another echo of the 1940s – Peggy often wore a red lip! 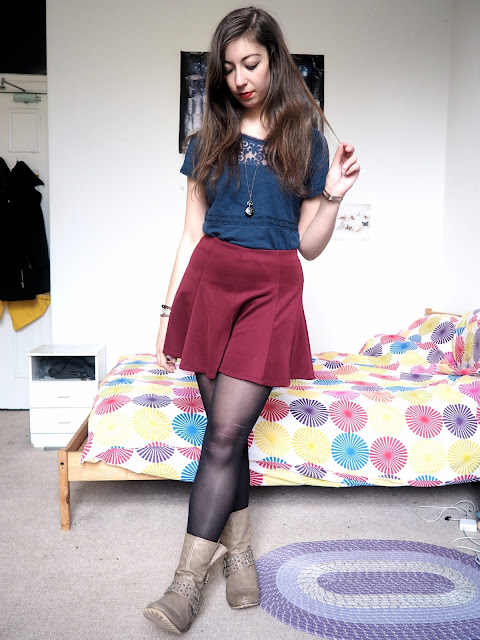 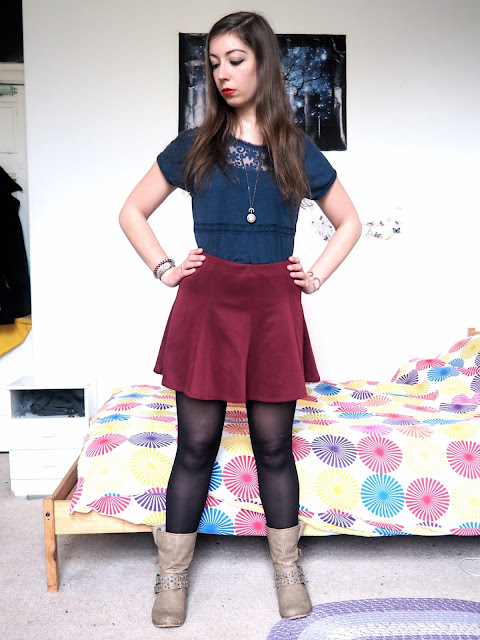 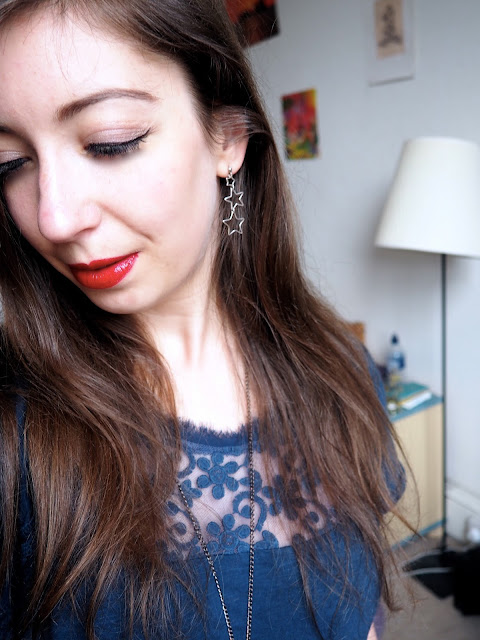 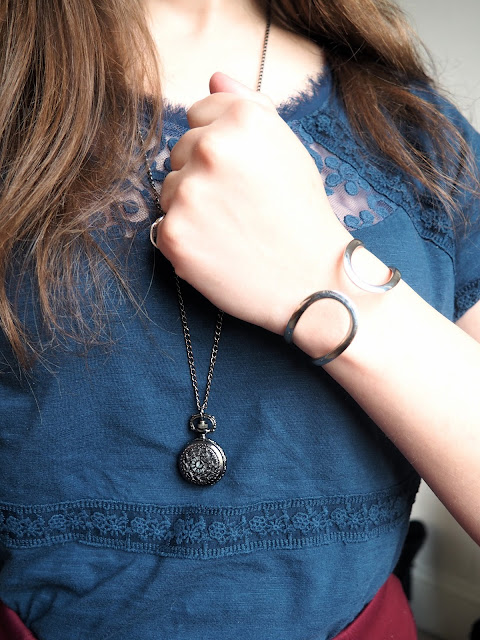 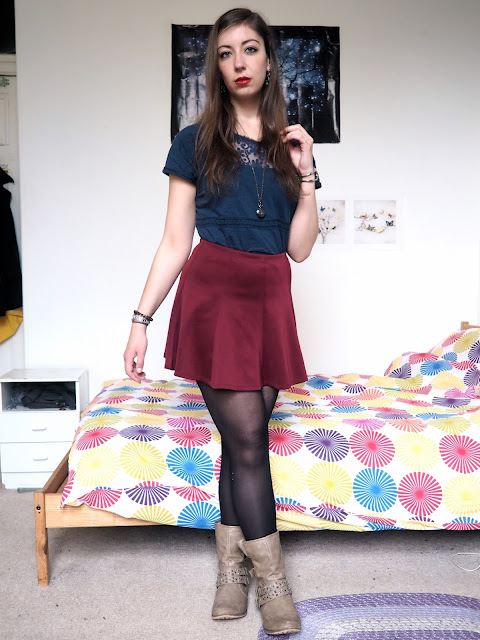 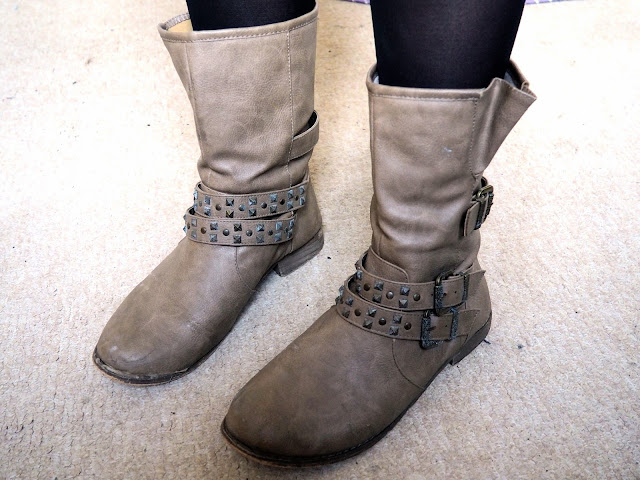 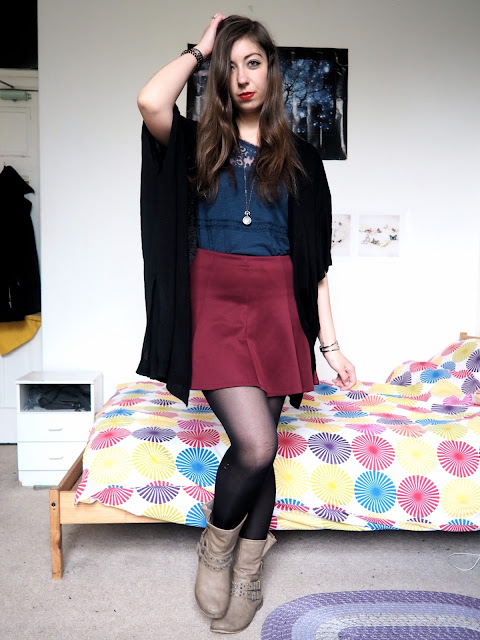 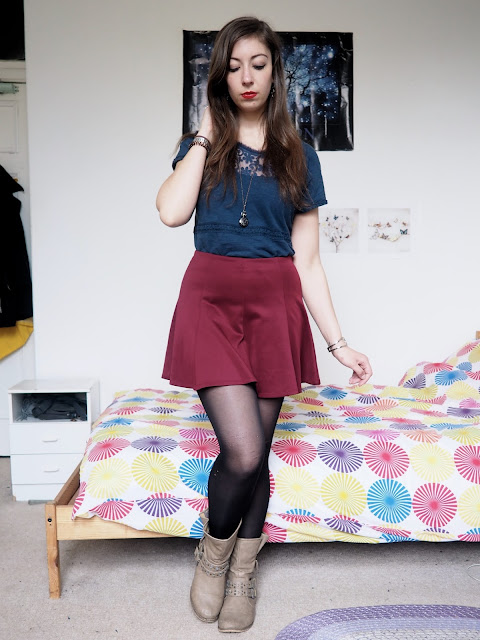