Outfit – I See the Light

So, after last week’s Rapunzel inspired look, I’m sticking with the world of Tangled, this time trying a Flynn Rider/ Eugene Fitzherbert outfit (I went with this song title as it’s the one he sings most on!). My denim waistcoat was the first, most obvious choice for this, and I picked a plain white t-shirt to go underneath. I’ve seen other Disneybounds that use button up shirts, but they’re not really my style, and as I’ve mentioned, I’m trying to pick from my existing wardrobe. I also don’t wear brown much, so I chose my grey skinny jeans as the closest equivalent, and to avoid a double blue denim look. My tall brown boots finished it off, being similar to the ones he wears, but the heels adding a bit of drama and flair, to suit his personality. I find makeup and jewellery can be a little harder when drawing from male characters; I decided to use browns in my eyeshadow to tone with the blue and brown colour scheme he wears (since the jeans aren’t), with eyeliner for his dramatic side. I chose this gold necklace, as the colour suits his aspirations for wealth at the start of the film, but then becomes a nod to Rapunzel and the sunburst motif by the end, since I used it last week too. The bracelets and earrings were mainly to match the blue and brown/gold colour scheme I was aiming for! 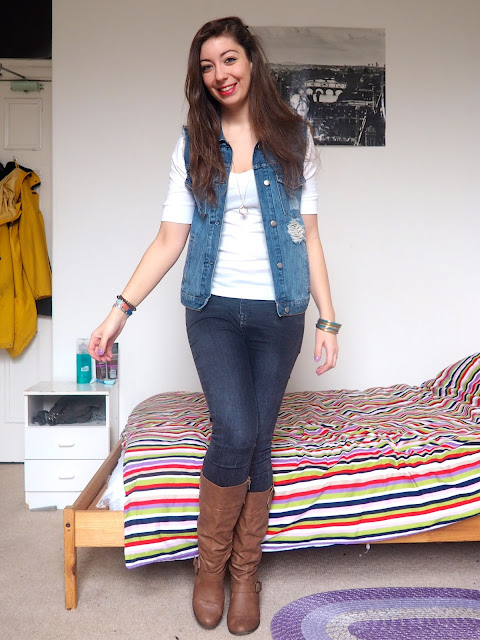 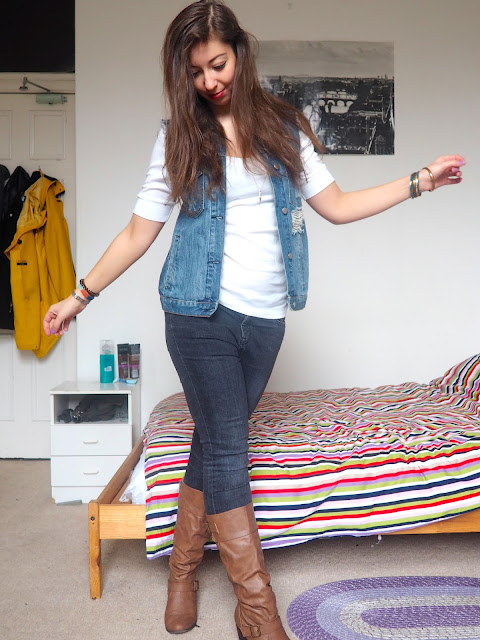 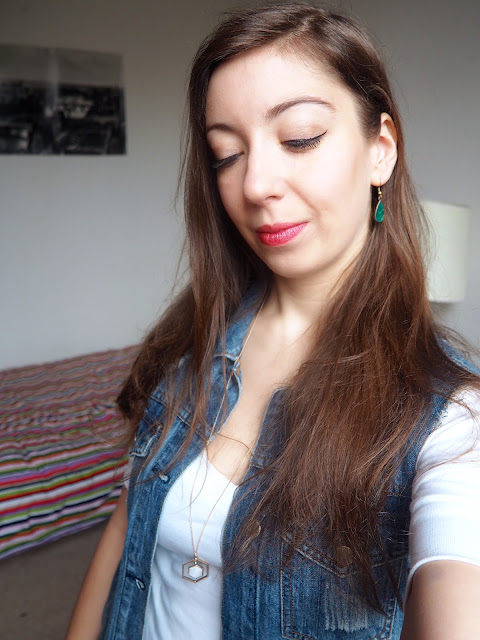 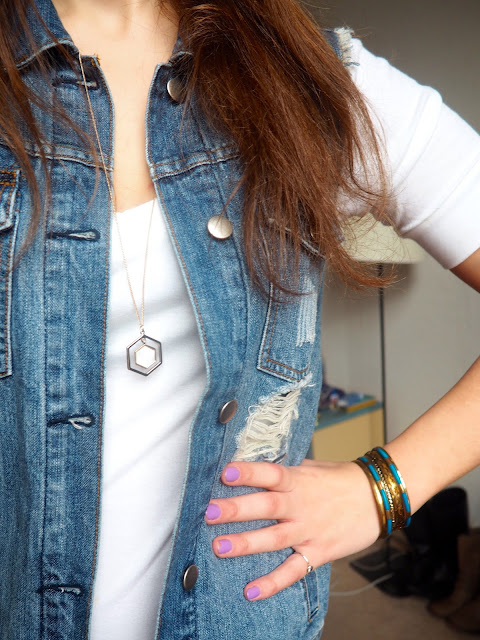 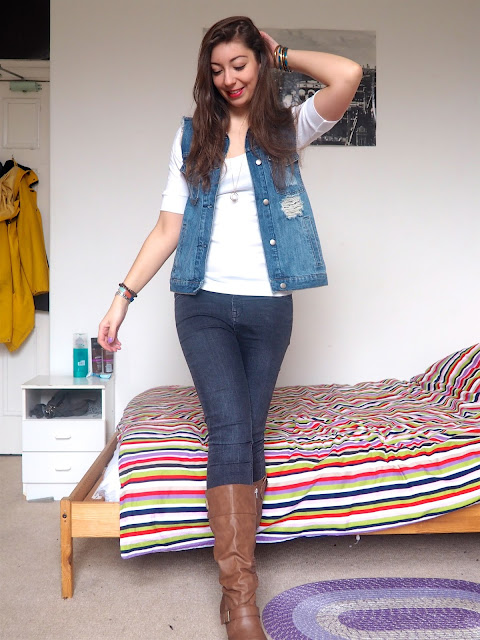 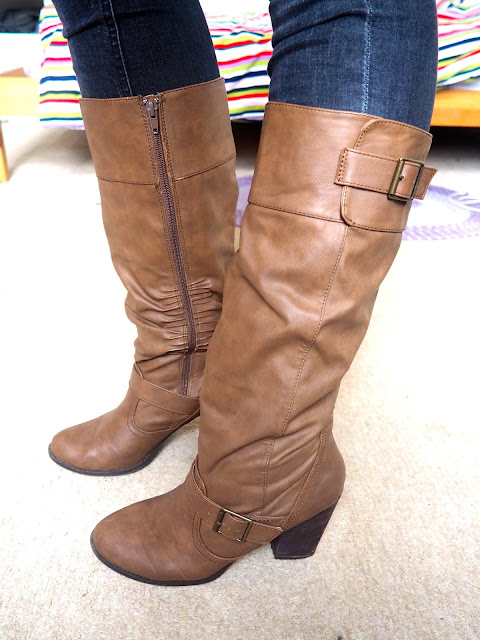 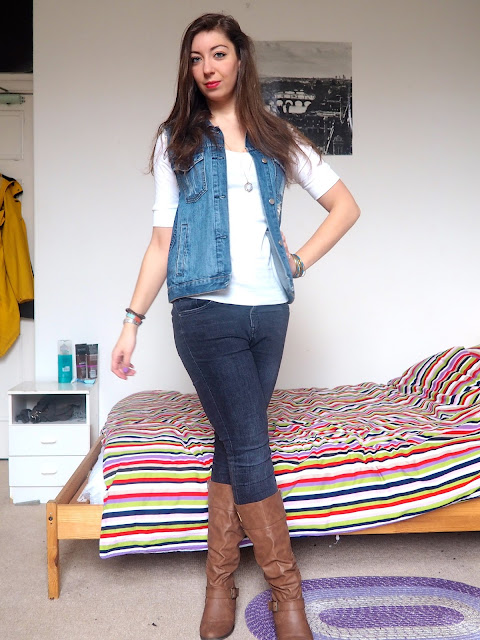 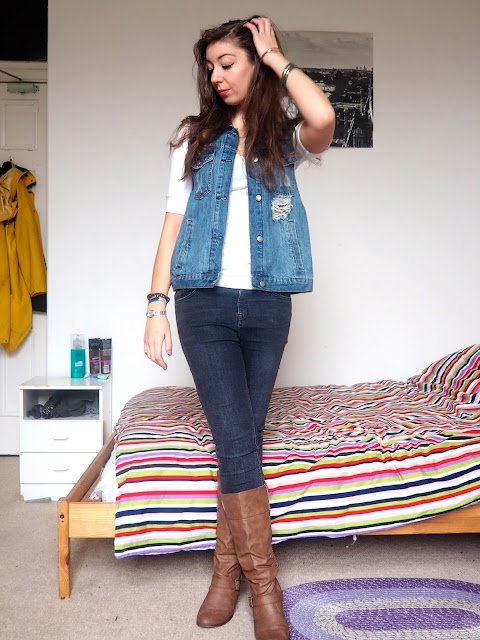