Edinburgh is lighting up the dark winter nights just now, with ‘Edinburgh Lumen’, a series of light and sound installations around the city, which are entirely free to attend. The aim of Lumen is to give people something to enjoy on these cold, winter nights, and to provide calming environments, in contrast to the city’s busy festival seasons in summer and in December. Having a rare evening off work the other night, I decided to check it out – and of course, it provides an excellent supply of Instagram worthy photos! The installations are located throughout the New Town, in St Andrew Square, Assembly Rooms Lane, and The Mound, which I visited in that order. The whole route isn’t that long, it just depends how long you stay in each location; I spent around 30-40 minutes in total to visit all three. 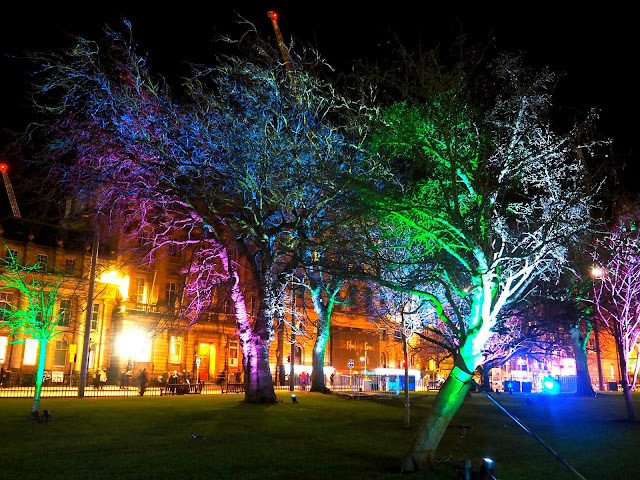 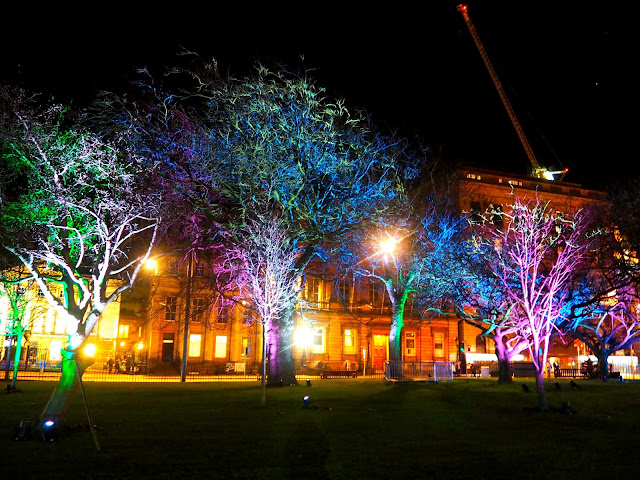 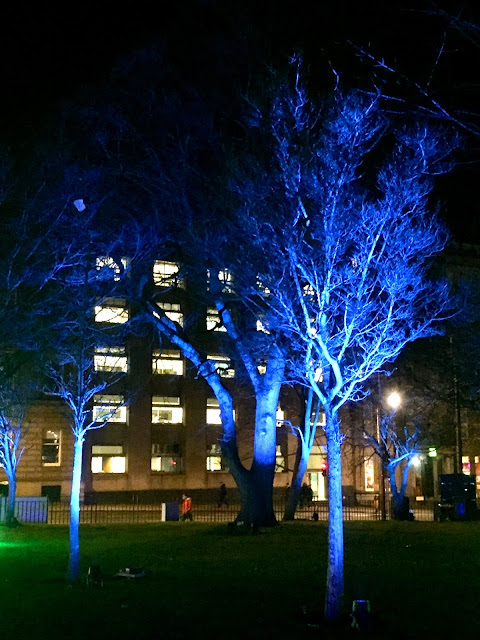 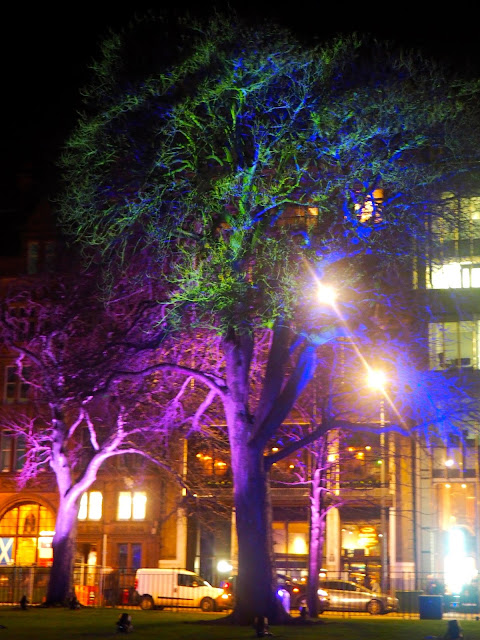 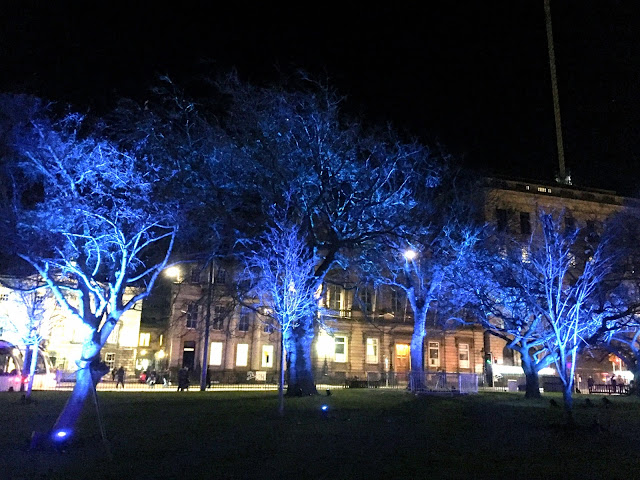 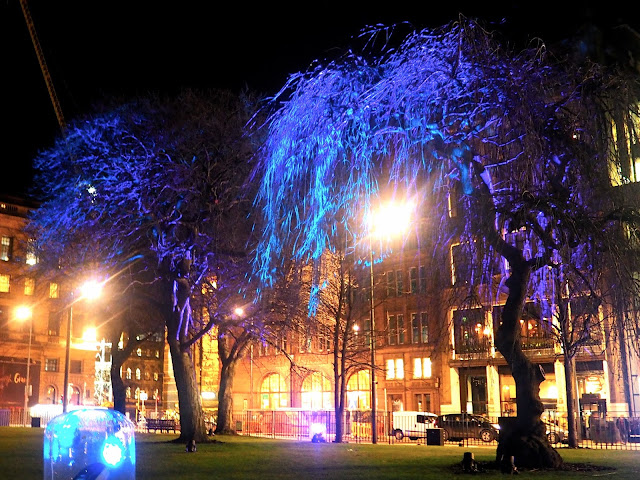 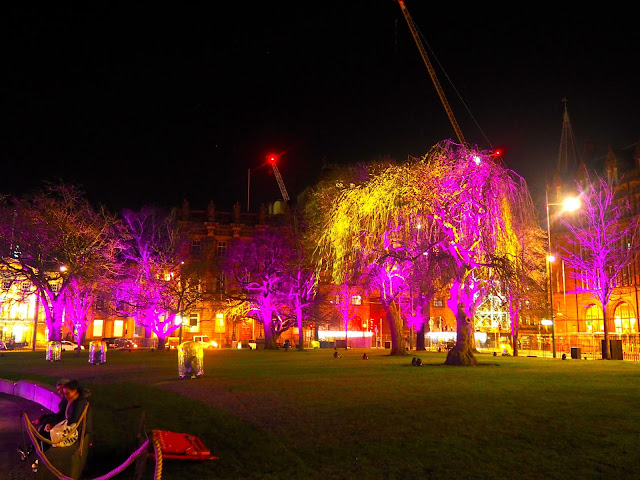 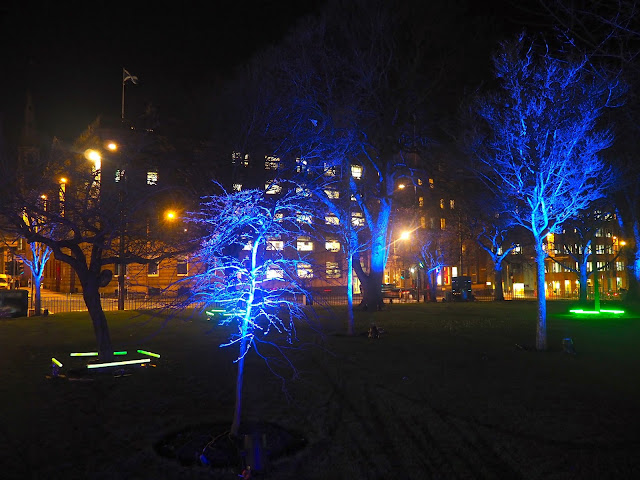 St Andrew Square has been transformed into Serenity Garden, as the trees are aglow with changing coloured lights. It’s best admired from the centre of the square, where the lights emanate from, and projections dance across the branches as if blown by the wind. Photos only give you a glimpse into the installations, as everything is constantly changing and moving, and it is all accompanied by music, a calming playlist to add to the zen-like mood that all these installations are seeking to embody. The square isn’t that big, but I lingered for a while, roaming around a few times, to watch the lights changing and the projections moving across the trees, as the scene around you is continually unfurling. 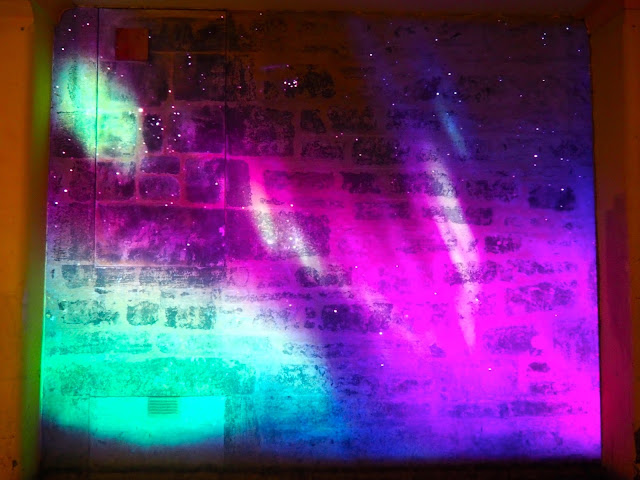 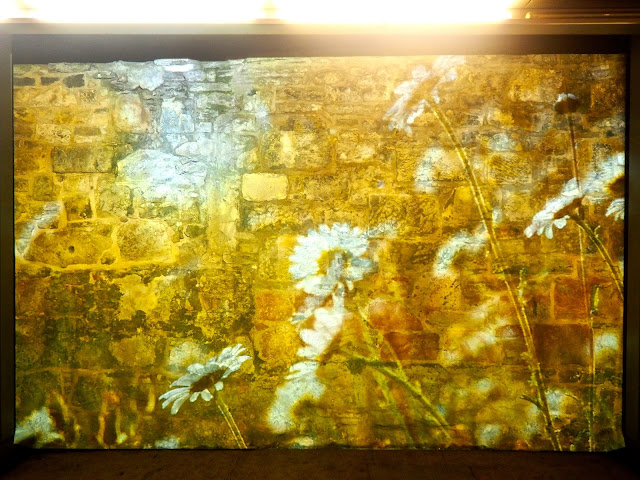 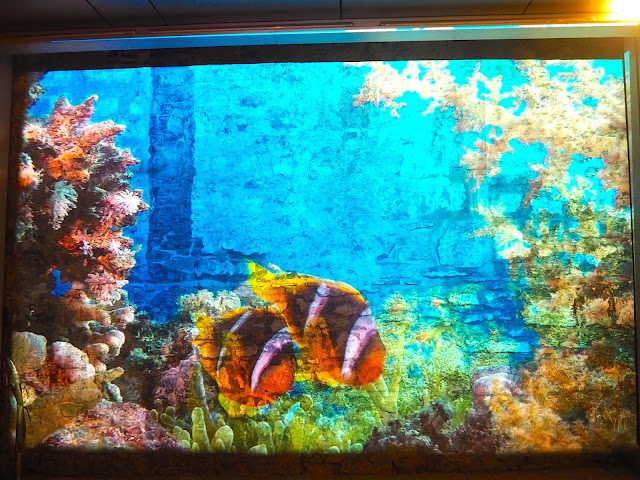 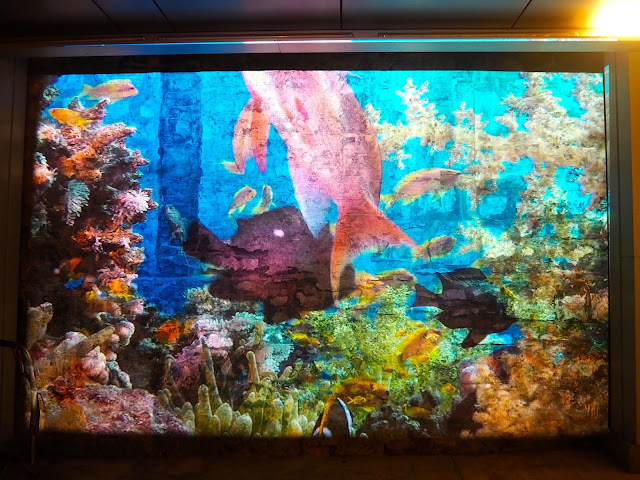 The next area I visited was Moments Lane, tucked down the quiet Assembly Rooms Lane, just off George Street. This was my shortest stop of the three, as there are only a few installations to see, and their cycles are relatively short compared to the others. The Lane has three projections along the wall, of different animated scenes to admire and watch. The first is the Northern Lights (or Aurora Borealis), dancing across a night sky – in all honesty, I felt that this one could have had more variation in its animated cycle, and was a little difficult to see properly against the wall. The second is a countryside scene, of a field of daisies moving gently in the wind, and the third is an underwater scene. The latter has the most variation, as different species of fish dart across the wall, in the longest animation of them. These were pretty enough, but this was probably my least favourite of the three locations.

Finally, at the foot of The Mound, outside the National Gallery, is the Ocean of Light, a walkthrough square of lights, suspended 5m overhead. There are thousands of individual lights making up this installation, which are constantly changing colour in different patterns and sequences, set to another calming musical soundtrack. It’s pretty much impossible to take a photo without other people in it here, as you are free to roam through the lights, but I don’t mind how any of mine turned out! I definitely stayed here longer than the other areas I think, as the light patterns were fascinating to watch, and I ended up seeing the whole musical cycle, which must last at least ten minutes I’d say. Naturally, this is perfect subject matter for Instagram, but it’s also a really nice place to enjoy in the present moment, especially with the music and the continual movement inside the maze, both of the lights and the people wandering through it. 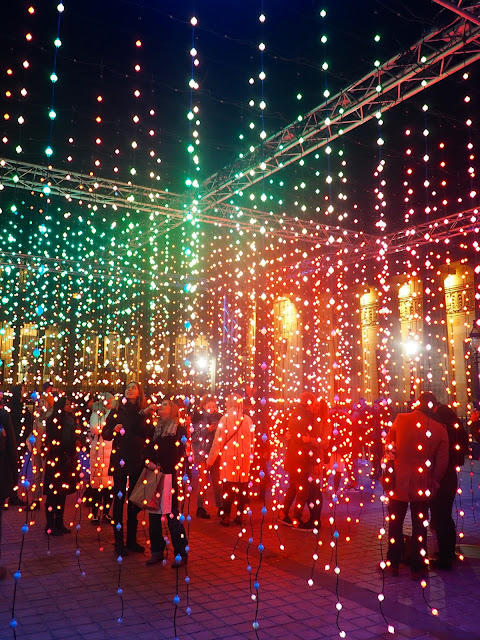 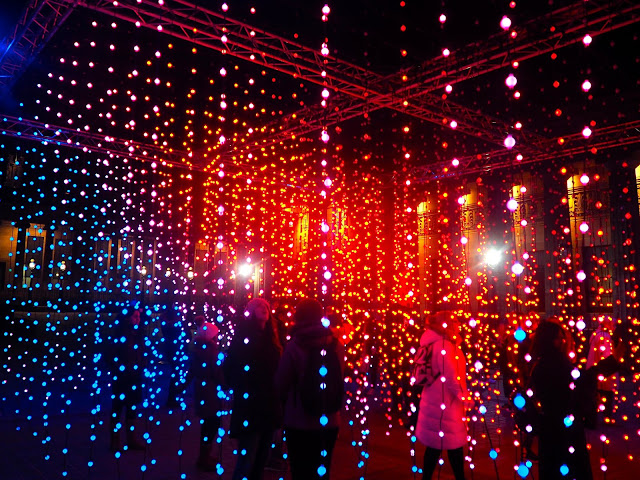 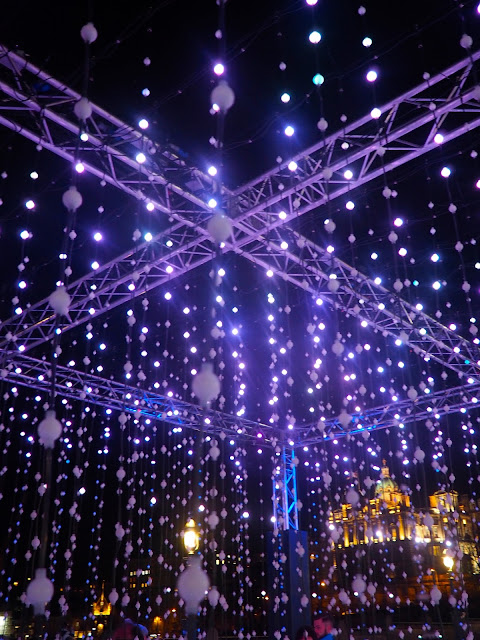 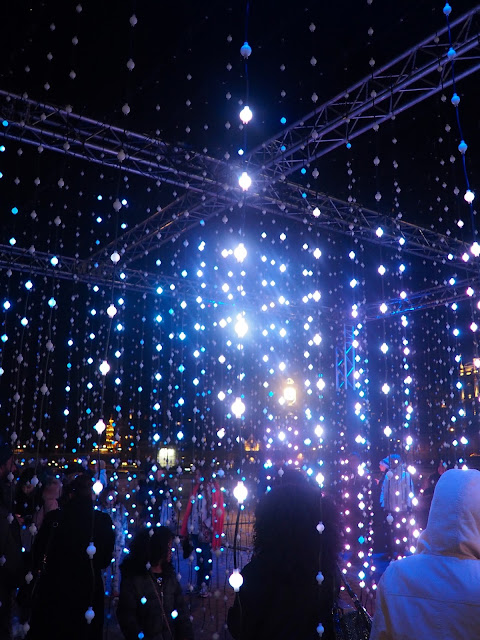 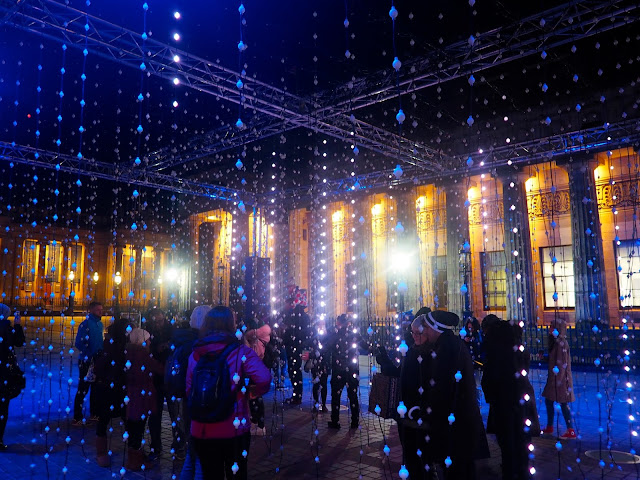 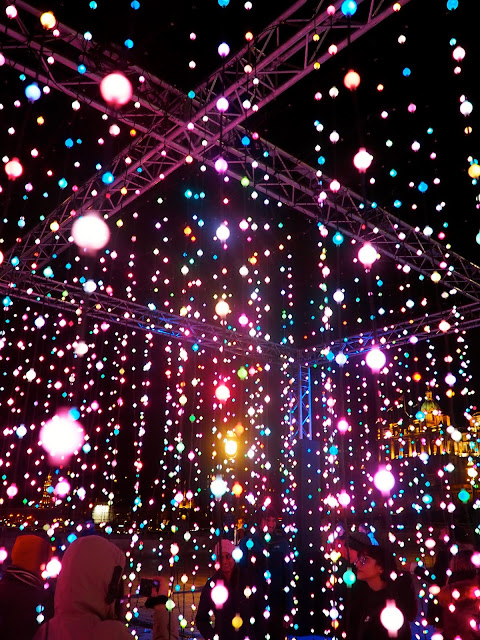 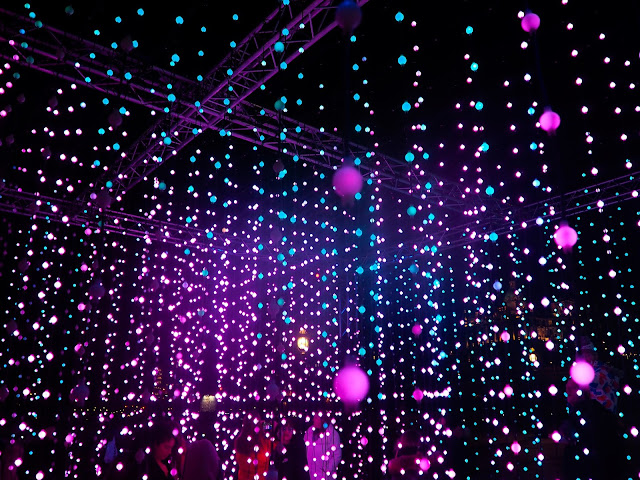 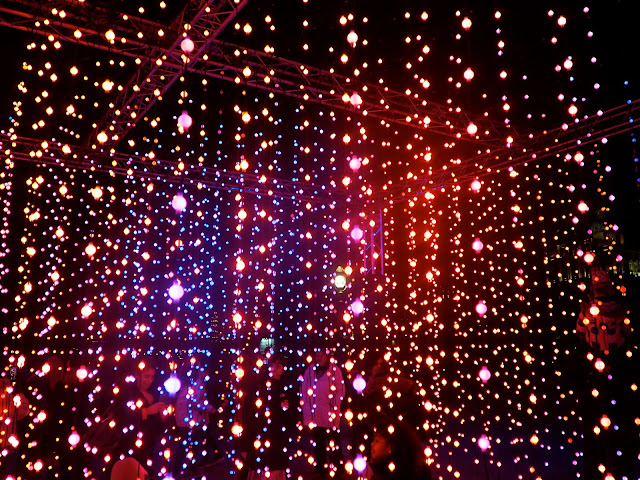 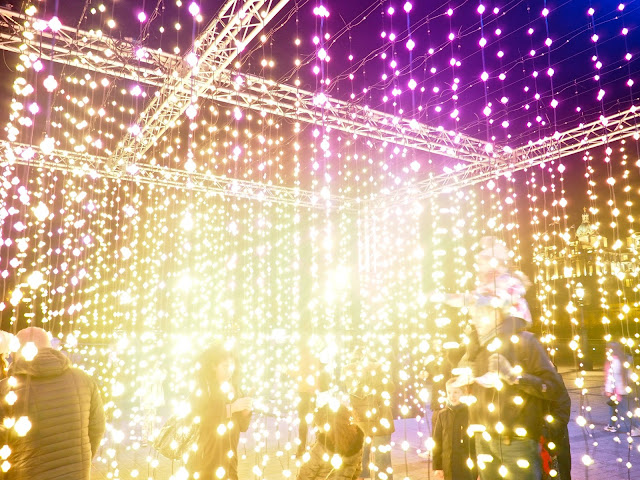 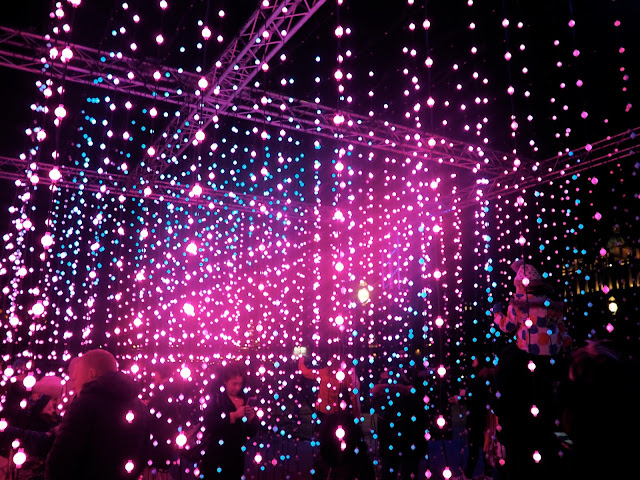 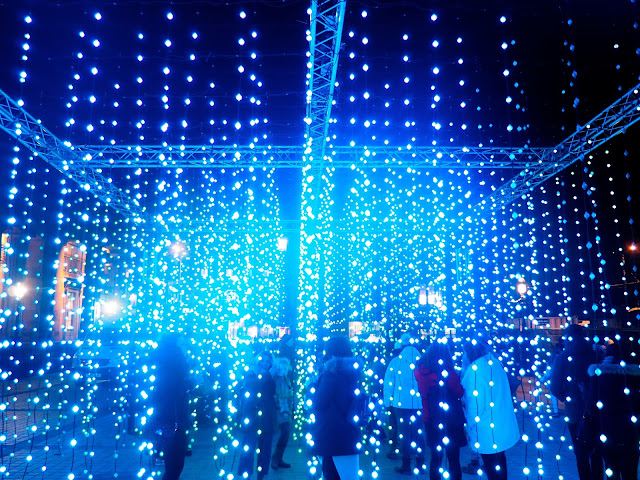 All in all, it was a fun way to spend an evening, even if it doesn’t take that long to explore all three areas. I’m generally a very visual person, and anything with lights and colours will appeal to me, even more so if there’s music involved! I think it’s a fun idea for the city, especially being free and easy to access. The installations will be up 11th March 2018, and they turn on from 5pm-10.30pm. I would recommend waiting until it’s fully dark to see them though, as the effect won’t be as good at 5pm when it’s still light outside these days! All of my photos were taken around 7-7.30pm, to give you a frame of reference. I like random little pop up events like this, and am always on the look out for more – Edinburgh usually always has something interesting happening, one of the many reasons I like living here!