It’s been so long since I’ve been to a concert! Anyone who might have read this blog for a few years may recall there used to a lot of concert reviews published – take a look through the Music tag for more of them – but I haven’t gone to any while living abroad, mainly because no bands I listen to tour in Hong Kong! I’m back in the UK now though, and wasted no time getting myself to a live show. I’ve been listening to Deaf Havana for years now, and they’re definitely ranked among my very favourite bands. I’ve seen them live before, as a support band for You Me At Six, and I absolutely loved their latest album, ‘All These Countless Nights’ – read my review of that here. They’ve been touring the UK over the last couple of weeks, and my sister and I got tickets for the Aberdeen show in The Garage, as my sister is living there for university right now. I plan to write another post about what else we got up to in Aberdeen, so keep an eye out for that! 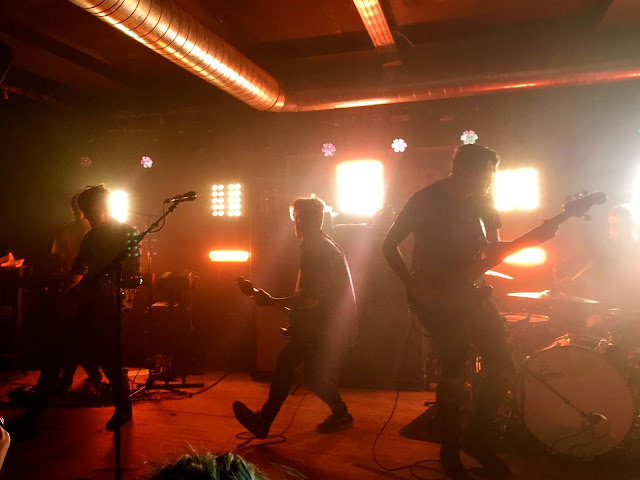 I’ve never been to The Garage as a venue before, but I have been to the one in Glasgow, and they’re fairly similar. It’s a nightclub at the weekends, so the layout inside had seating and the bar at the back, and it was fairly small. It wasn’t too busy when we arrived, pretty much on time for the doors, so after buying some merch – a t-shirt for me – and grabbing a drink, we wandered down to the floor area and found ourselves basically in the second row. There were two support acts, and I always like heading down in time for those, partly to get a good spot in the crowd, and partly to see if they’re any good (if I don’t know them already). The first was Decade, whose name rang a bell but I hadn’t listened to before, and I really enjoyed their set – that’s an album I’ll be purchasing myself shortly! The second lot were Black Foxxes, who I also enjoyed but perhaps not as much as the first band. But for any Deaf Havana fans, there’s a good chance you’d enjoy one or both of them, so it was definitely a well chosen line up. 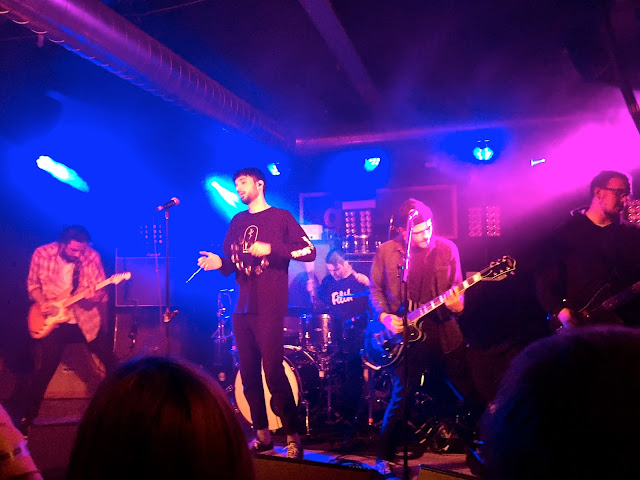 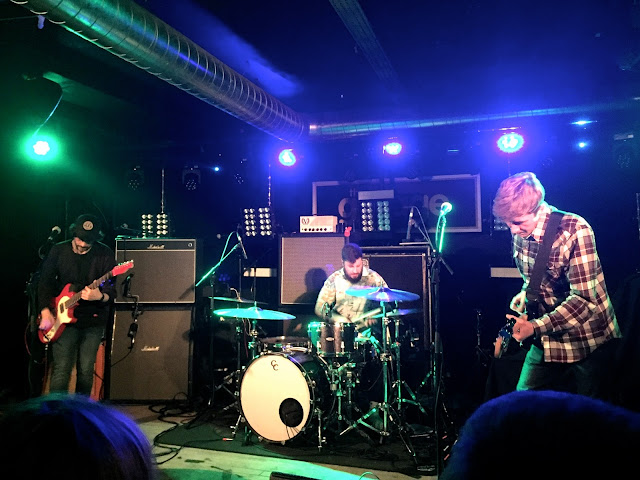 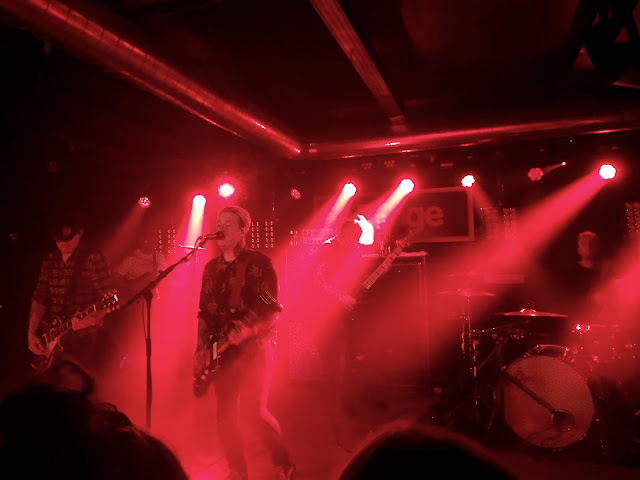 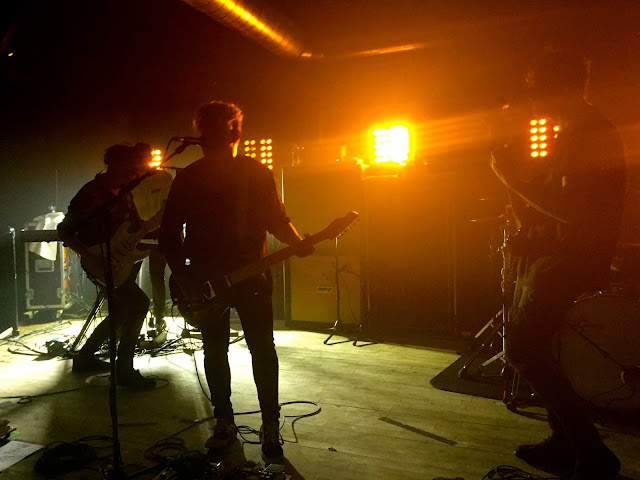 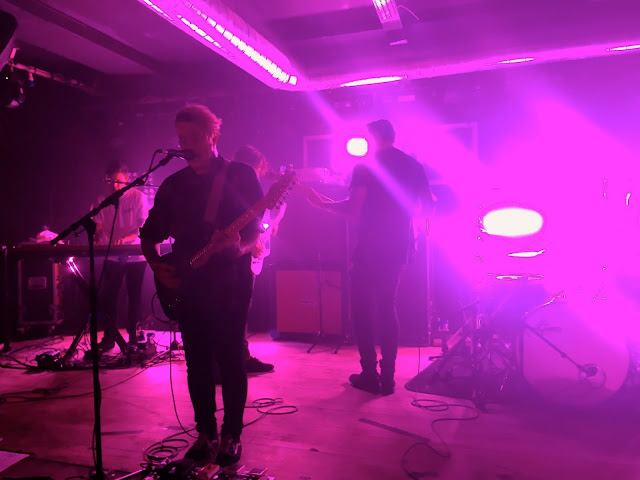 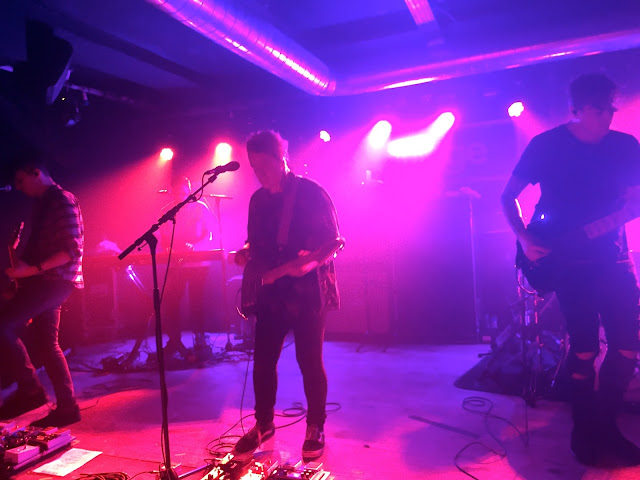 By the time Deaf Havana were coming on, someone in the crowd in front of us decided to get out of the crush forming, and my sister and I managed to squeeze into their spot, right on the barrier – I think this is only the second time I’ve been on barrier, and certainly the first time managing it without queueing for ages outside the venue. Anyways, on to the main show – Deaf Havana were outstanding. I’ve been big fans of theirs for a long time, as their music is exactly my sort of taste, and I think their songwriting is some of the best I’ve ever come across. Frontman James Veck-Gilodi writes the majority of their songs, and I honestly think he’s one of the most talented musicians and songwriters, not only in rock music, but in current music in general. The whole band is fantastic though, and live, they sounded amazing. I was also astounded with all the pedal work going on with the guitars – I don’t understand how it all works, but it puts all sorts of effects and repetitions on the melodies, allowing them to play very complicated compositions live. They played a lot of songs from their newest album, including some from the recent reworked version of it, as well as songs from their previous releases as well, including plenty of fan favourites. They played several from ‘Fools and Worthless Liars’, and Veck-Gilodi stopped to allow the crowd to sing, and we certainly didn’t let them down, singing at the tops of our lungs. So many of their lyrics have so much meaning in them, and I imagine plenty of people can relate to them as much as I can. They played some particularly atmospheric and emotional songs, such as ‘Seattle’, ‘Caro Padre’, and ‘Anemophobia’ parts 1 and 2, as well as big tracks to get the room moving, like ‘Sing’, ‘Trigger’, and ‘Boston Square’. I honestly couldn’t fault their performance in the slightest, and not only did it sound brilliant, the atmosphere in the venue was electric. Being at the front, we couldn’t see the crowd behind us, but we could feel the room jumping, and everyone pressed up against each other. Towards the end, a few crowd surfers even came over the top of us, lifted down by security at the front. 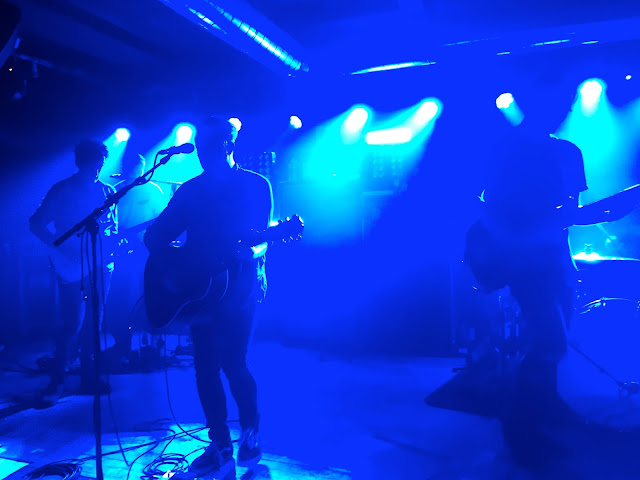 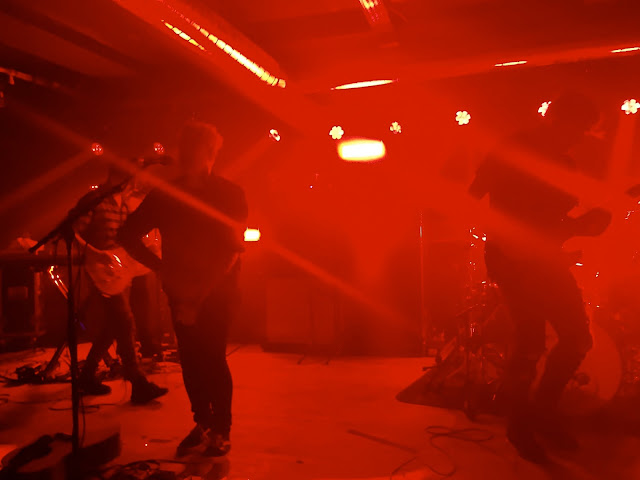 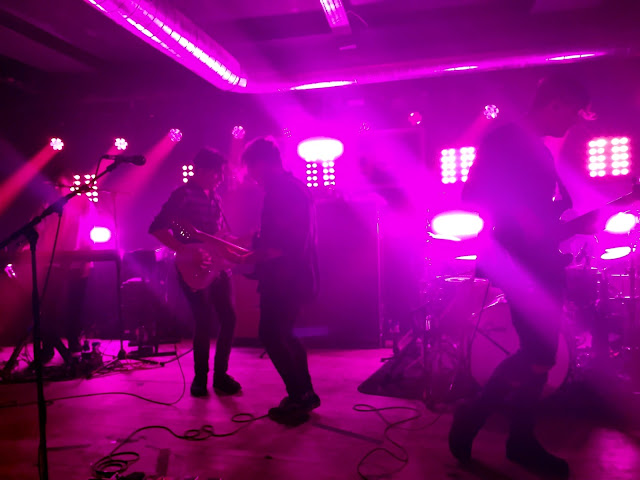 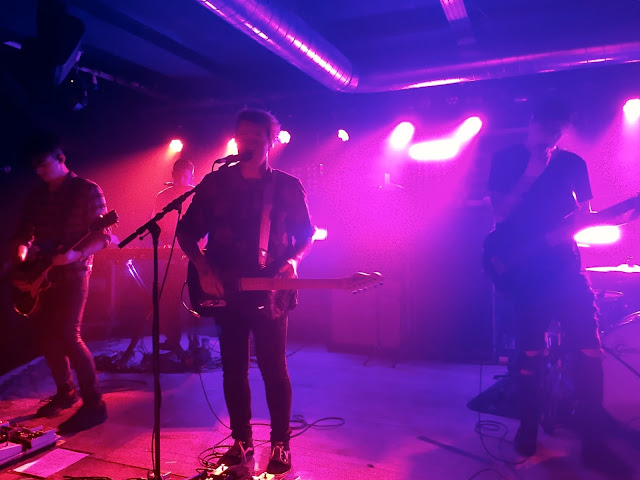 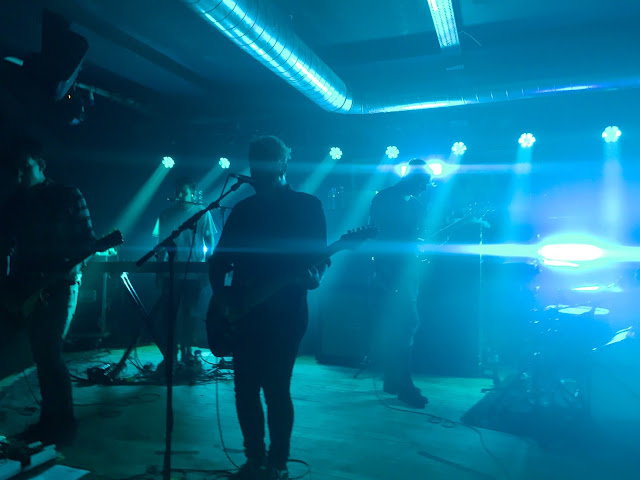 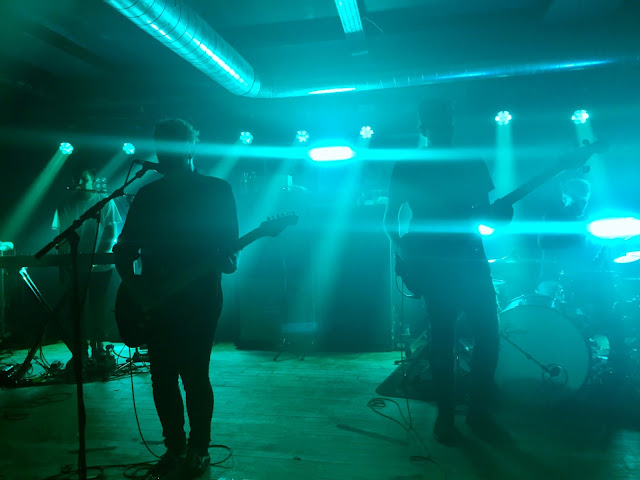 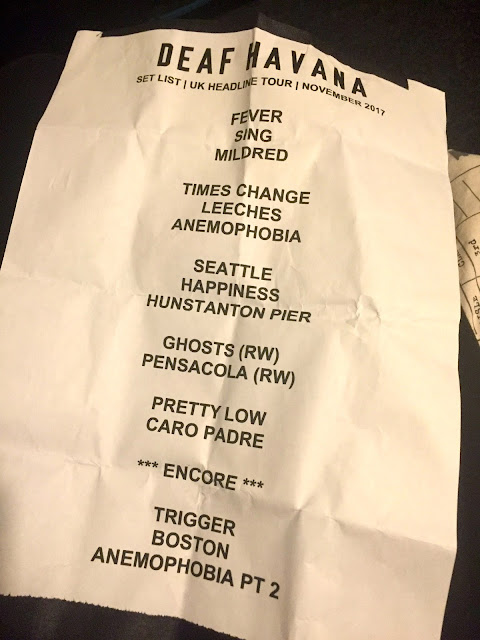 My only complaint was that the whole thing wasn’t long enough, and ended far quicker than I was ready for – the fact that I then had to come back to Edinburgh to start a new job the day after next probably didn’t help, as I had quite the gig comedown the next morning. Can’t I just stay at live concerts all the time? I did get one last treat at the end though; as we were at the barrier, we lingered for a few moments once the band left the stage and managed to signalled to security to lift the set lists from the stage floor. There is a bit of grabbing and scrambling, as there’s more people reaching for them than set lists available, but by some luck, my sister and I both got one! She’s got one from another gig already, but this was the first I got. We were also fascinated by the differences between them; hers was James’s, with numbers next to each song indicating something about the guitars, while mine belonged to bassist Lee Wilson, and had no such numbers. Little things, but they were on interest to us. Anyways, all in all I thoroughly enjoyed my evening, and I would most definitely rank Deaf Havana as one of the best sounding live bands I’ve ever seen. They sounded amazing, the room was buzzing, the songs are so meaningful and some of my favourites anyway, and it was just great from start to finish. Definitely a great gig to choose for my first one back in the UK! Hopefully it won’t be two years before I go to another!