Alright guys, this might be a bit of a rambling post, as I try to explain what’s going on in my head these days. Anyone who’s been reading this blog regularly over the last few months will know that I just finished a crazy, two month long trip through Asia, which also closed off my two years living there. So, I assume some of you may be curious as to what I’m up to next. And the answer is, I don’t really know. Well, I have plans formulating, but – as I’ve updated all my online bios to say – I’m still trying to figure the whole ‘adulthood’ thing out. 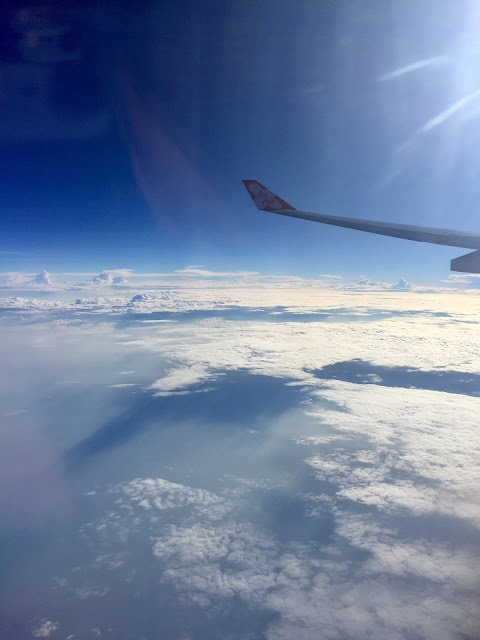 In truth, I still don’t really feel like an adult, but I suspect I’m not alone in feeling that way, especially for other people around the same age as me. One day, I’d like to have my own home, family, a decent job, and be settled down, as they say. But, I’m still in my early 20s and I have lots of time before I need or want to get to that stage. If I save any money, it’s not going to be to buy a house or a car or anything like that; it’ll be to fund my next travel adventure! I’m slowly becoming more conscious of the necessity of these adult sorts of things – crikey, pensions came up in conversation the other day, something I’ve barely thought about before! – but I still feel like I can spend a few more years being a tad irresponsible about them at my age, as although my awareness of them increases, I’d hate to settle too quickly and realise in a few years time that I regret not going off on some more stupid adventures again.

That said, while my desire for travel and adventures has by no means diminished yet, I am changing the way I approach them. Anyone who follows me on other social media will have spotted that I’m back in the UK now, staying with my parents for the time being, while I start to figure things out. I thoroughly enjoyed my time living in Asia, but I’ve had my fill of that side of the world for now, and there’s so many other places I want to explore too. I’ve also had my fill of teaching. Doing ESL was a great way to live in Asia, but I’ve concluded that I don’t want to be a teacher forever, and won’t be getting my post-grad teaching qualification. Instead, I’m exploring other career options, in hopes of figuring out what I do want to do. I’m not saying I won’t live abroad again, but for now, I’m trying to find a job in the UK, where my options are wider than just ESL, and perhaps one day I can take that career abroad again. If I do work abroad, I’ve considered working holidays in Australia, New Zealand, or Canada, where I can do other jobs aside from ESL, since they’re English speaking countries. Of course, I need to get a job in another industry first, to gain some more experience in whatever I choose, as my CV currently reads as lot of teaching and childcare roles. So, hopefully I’ll spend a year or two back here working, then perhaps another couple of years overseas, before I move back to the UK for good (and then I’ll sort out adult things like buying a house and the like!).

So, if I’m not going to be a teacher, what am I going to do? That’s the part I’m struggling with for now. Even since I was a child, I’ve never had a particular job I wanted to do when I grew up, and I still don’t. I picked my degree (French & English Literature) because it was general, and would leave me with plenty of career options; the downside being, it didn’t qualify for anything specific, so I have to compete harder against other people with more relevant qualifications. I also have to convince employers of my transferable skills, since I don’t have much experience outside of childcare and teaching. I’ve applied for jobs in a variety of sectors, including writing of different sorts, events management, tourism, and hospitality. I’m living with my parents in the Borders for now, but our area doesn’t have many job opportunities, so it’s likely I’ll be moving back to Edinburgh, or possible Glasgow, depending on who will hire me. The job market in the UK is tough, especially when you lack experience like me, so I’ll really have to take whatever job I can get. I’ve been home for two weeks, applied for over 30 jobs, and had 2 interviews and a dozen rejections so far – while many of the other roles haven’t replied at all. I was expecting this, to be honest, especially as I’m trying to change industries (though this is why I decided to do it now, before gaining too many years of ESL!) but it still gets pretty disheartening and frustrating. It’s early days though, and I could have to keep searching for weeks, or even months, before someone hires me.

And while I’m searching, I have to keep myself from going crazy at home! We live in a very rural area, and when you’re not working, it’s a bit too easy to spend too much time in the house, falling into a very dull routine. And while I’m very grateful to my parents for letting me stay with them, I only have so much of my own savings, so I can’t be going out and doing too many activities or buying too much stuff, until I have an income again! So my days currently consist of blogging and editing my travel photos, doing yoga at home, playing my piano again, taking walks around our farm, meeting up with a friend every now and then, and watching too much TV. Oh, and of course, filling in job application after job application – I know my CV by heart by this point, down to the addresses and numbers of my references, and I’m so sick of having to copy and paste it into online application forms, instead of just being able to attach the file! I may have booked a cheeky trip to Berlin in a few weeks time too, with the savings I do still have, since I have a friend there I haven’t seen in a year and a half, and we’re both unemployed with lots of free time on our hands right now. Otherwise, it sort of feels like life is on hold right now, which is really frustrating, as I hate wasting time like this, but I’m restricted in how much I can do until I’m working and earning again. And of course, even once I’m earning, if I want to travel again, I have to be conscious of saving, and I struggle to feel settled if I’m considering going abroad again.

That about sums it up then I guess. I’m in a weird, in between place right now, still very uncertain about what I want to do. Uncertain about career industries, uncertain about when and where I’m going to move to or settle down. Maybe in a year’s time I’ll be moving abroad again; maybe I’ll find a decent job here and end up staying put, travelling again as holidays rather than to live. Maybe I’ll have to try a few jobs before I find one I’d consider as a career; maybe I’ll get lucky and find it the first time round. Maybe I’ll meet someone; maybe I’ll keep moving too often for that to happen. Part of me likes the change and the excitement of new things, especially while I’m still young; part of me is tired of uncertainties, and wants more consistency and to feel more settled. All of this makes my blog’s name still highly relevant though; I don’t know what I want to do, both short and long term really, and I’m still trying to figure out how to be a proper adult. I’m still just muddling through life.