Fake It Till You Make It

This has been a sort of motto of mine for a while now, and while there are definitely times when you probably shouldn’t do it, it’s remarkable how far you can get by pretending to be confident and know what you’re doing, even when you haven’t got a clue. Or, as I also refer to it, bullshitting your way through life. I feel like this is something I’ve been doing a lot in recent years, as I’ve graduated university, I have a job and am officially an “adult”, but really I’m still only 22 and have no idea what I want to do in life and how to be a fully functioning adult. So, I’m faking it until I figure it out. 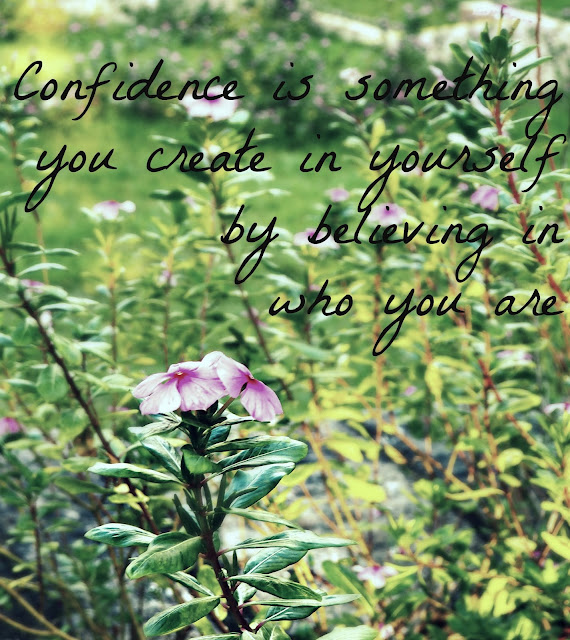 The key to this is being confident, even when you aren’t feeling that way, because if you seem to be confident in what you’re doing, others tend to assume you’re doing it right. As I said, this doesn’t always work – you can have all the confidence in the world and still fuck it up! I’ve done this a lot when I keep moving to new places and starting new jobs. Naturally there are times when I ask for help, but if you act confident then you come across as a more competent employee. And when you’re standing in front of a room of small children, like I do, you have to be confident or they’ll walk all over you! Similarly, I hate looking like a lost tourist in an unfamiliar place, as it makes you seem more vulnerable, and as a young girl often travelling alone, I definitely don’t want to be a target for anything.

Too much confidence can be problematic; you can come across as snobbish and arrogant, so remember it is ok to ask for help, or discuss things with others when necessary. I’ve never like asking for help too often though, and prefer to figure things out myself, which is probably why people think I’m more confident than I am. And faking a bit of confidence can help you in this way, can make you become more independent and self-reliant. I think this is part of becoming an adult, figuring out how to do all these different things that will pop up in your life without constantly turning to people like your parents for help. Pretending to know how to adult actually helps you to figure it out for real. And you won’t be alone; there are millions of people out there who don’t really know what they’re doing all the time, but we all fake it until we sort ourselves out!

I forced myself to be confident enough to move to Hong Kong (and then Korea), which allowed me to have some great adventures, and to grow a lot as a person. But it also allowed me to work and do something exciting and make good use of my time, until I figure out what I’m going to do with the rest of my life. I don’t have career goals, I don’t have long term plans, but having the confidence to go out and do something, instead of wasting time just thinking about it, makes my life feel much more worthwhile. I’m making it all up as I go, bullshitting my way through different situations and decisions, until hopefully one day, I do figure things out.

In truth though, I don’t think of myself to be a particularly confident person. I’m riddled with doubts and insecurities, and being independent, and thus faking my confidence, hides these uncomfortable truths. These aren’t sides of myself that I want every person I meet to know about, so I act like I’ve got my shit together in front of them. I’m very aware of how I act in different scenarios and with different people, and I probably spend too much time exploring my own psychology (not that I’m an expert) while I’m alone, so I’m fairly self-aware, which comes part in parcel of being an independent person. One of the most important parts of faking confidence then, is knowing where the line is, to appear self-sufficient, but not arrogant, cold and snobbish (a line which I really hope I get right most of the time!). It’s ok to ask for help when you need it, and it’s definitely something I need to work on doing more often, because as I said, the confidence is often disguising the doubt underneath.

I definitely used to be a far shyer person than I am now, and though I don’t consider myself confident in general, I’ve definitely gotten bolder over the years. With any luck, one day it won’t be so faked, and I might actually feel as confident as I act. But now I can move to new cities, I can travel alone; I can figure out how to do jobs that are new to me; I can stand up and talk in front of a large-ish group of people (though I prefer them to be children than other adults!); I can talk to new people I meet without coming across as super shy and awkward (often with some liquid confidence to help…). But I’m also not comfortable being the centre of attention; I don’t like taking large risks; I don’t like eating out alone; I don’t like presenting my ideas and thoughts to colleagues or people who have to judge them; I hate flirting; and I’m not great at getting close and opening up to people. I’m still an introvert, that’s not a part of my personality I can change. But that means I need my alone time, and am not comfortable around large social groups; it doesn’t mean I have to be a timid wallflower all the time.

Life is hard, and you will stumble and screw up. You will feel nervous and anxious sometimes. But an air of confidence really can help. I don’t know what I’m doing with my life, and I worry easily about a lot of things. But I act calm and collected, I act like I know what I’m doing even when I don’t, and that keeps me sane and functioning, while I’m actually trying to get my shit together. It’s not foolproof, and it might not work for everyone, but as a 22 year old with no clue what she’s doing with her life, I’m just going to keep faking it till I make it.

I feel as if I have just found someone ridiculously similar to myself! Fake it till you make it has been a motto of sorts of mine for a few years now so I am definitely glad I'm not the only one. And honestly, I've never related to anything more than that second last paragraph.
Lovely blog post and I will definitely be reading more xx

Thank you so much for reading and commenting (sorry, I meant to reply sooner!). It's definitely nice to know I'm not the only one who feels like this! I'll be checking out your blog soon too. x