Happy New Year! How did you spend yours? I know the night can be a let-down for many people, but I ended up spending this year’s at my cousin’s wedding reception! They planned it all before telling anyone, so we only knew about 2 months beforehand, but I didn’t have any other plans for the night, so it was a double excuse for a party! Anyway, I’ve said this before, that New Year is just another day in many ways, and the whole “New year, new me” thing is just nonsense, and everyone breaks their resolutions. But I do think it’s a good time to pause and think about where your life is at, and whether this is where you want it to be. In many ways, I had an excellent 2015, so I’m now hoping that 2016 will measure up. Some of the great things that happened were things I planned myself, while others simply fell into place. We can’t control everything that happens to us, of course, but we can try to make some good things happen! 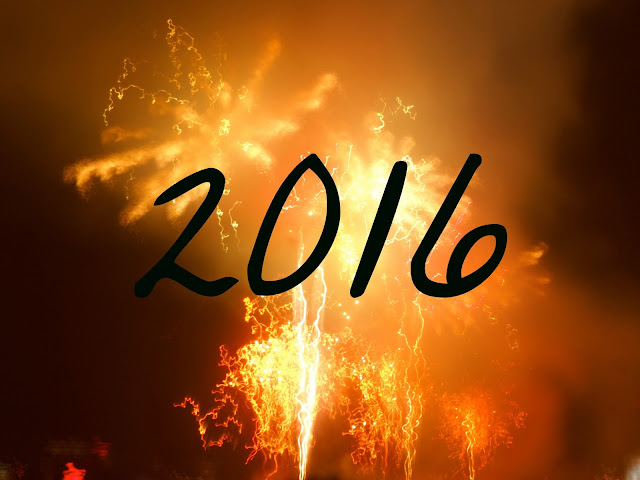 Travel has been an important part of my life for the past few years, and that won’t be changing in 2016! It helps that I now live in Hong Kong, and there’s still plenty more of that to see, but I’m hoping to once again check a few more destinations off my list this year, namely some other parts of Asia. Being able to travel a lot was one reason I enjoyed 2015 so much, so although this isn’t exactly a “change” to my life, it’s still something I want to pursue more. I still get scared when I’m making my travel plans, and sometimes I get nervous and chicken out of experiences while travelling, especially when alone, so travel still challenges me, and is still making me grow as a person.

Stepping back from technology is something I would like to change going in to this year though. I’m pretty good at not being on my phone all the time, especially since I don’t have data when I’m out in Hong Kong! However, I’ve noticed when I get home from work I send most of the evening online and watching TV, and I feel I should cut back on this a little. Perhaps just use my laptop for blogging and photos, and keeping up with a few TV shows. But rather than marathon through other shows once I’m caught up, I want to start picking up a book, or working on other writing (not for the blog), be it on the computer or in a notebook, or even do some drawing or colouring in (yes, I have an adult colouring book!). Getting back into yoga, or even just taking time to relax and not think (including cluttering my brain with TV and such!) would also be good for me sometimes. Maybe I’ll even try a new hobby, but let’s not get ahead of ourselves yet.

Going alongside the last one, I’ve written in the past about struggling to find a sort of balance in life, as this year I feel like I’m so tired after work that I’m wasting my spare time. I’d like to work on finding some sort of balance this year, as there are moments when I feel like I’m wasting my time and not taking more opportunities, and other moments when I feel like I’m rushing around doing so much that I don’t have time to just stop and breathe and relax for a while. Sometimes I feel like I’m running out of time to do everything I want, but other times I remember that I’m only 21 and I don’t have to do absolutely everything right now. So I’d like to reach a point where I feel like I’m doing enough outside of work – like by getting back into other hobbies, not just TV! – but not feel like I’m stretching myself too thin. I also want to take those moments to stop and breathe, and use them to remind myself about all the good things happening to me, as I have a tendency to complain a lot!

A couple of last year’s goals didn’t go all that well, so I should try those again. Though I know that if I keep saying that year after year, nothing will ever change! Anyway, being more healthy, mostly by cutting down on how much sugar I eat is one. I’ve been hiking a few times since moving to Hong Kong, but I could get out walking a bit more often. And while the blog has had another successful year in terms of keeping up with posts, I’ve more or less stopped writing for other platforms, largely due to lack of time, but also lack of motivation. I’d like to get more pieces on other sites again, and do some more work on some of my creative writing again.

Like last year, there are parts of the coming year that are entirely unknown to me right now, and whereas when I was younger that would freak me out, I’ve accepted it now. I always like to have some plans in place, for instance, I’ve roughly figured out where I’m travelling to in my next holidays, but then beyond finishing this contract in the summer, I don’t know where I’ll be. I think I’ll be doing a second year in Asia, but I’m fine not knowing exactly where just yet. I’ve gotten much better at accepting that I’ll figure things out one way or another, and the unknown is more exciting than scary for me right now. That said, I do want to keep considering the more distant future. While I’m only 21 and in no rush to settle down just yet, I know I probably will one day – I still get homesick, especially now having visited home again! – but I have no idea what career area I’ll pursue when I do. There’s no need for me to decide that yet of course, but I do want to keep thinking about it and start investigating options, so hopefully when I do reach that point in the future, I’ll have an idea of what I’d like to do, and not end up falling into some job I don’t really like.

And hopefully this year will have some more adventures in store that I don’t even know about just yet! 2015 certainly did, and it’s the last minute plans and spontaneous decisions and surprise treats that usually end up being the most memorable. And although none of my goals and plans for this year have included much about changing as a person, I know I will anyway. I’ve become braver and more confident over recent years, and I have learned to be far more comfortable in myself, and less insecure than when I was younger. Of course, I still get insecure and shy and scared sometimes, but I never want this to stop me from doing the things I really want to do. There are so many more experiences I want to have, and they will continue to shape me as a person. But for now, and as always, I’m still just muddling through life!