Why do people insist on playing games? Why can we never just say what we mean? I’m not a psychologist, so I can’t pretend to have the answers to these questions, but it does make me ponder the human psyche. We must enjoy it to an extent; teasing people, not saying exactly what we mean, or the whole truth. Playing mind games is such an interesting, unusual idea when you really think about it. 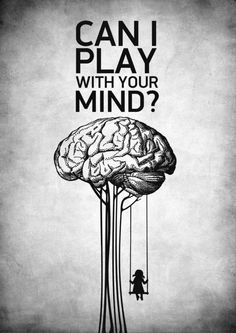 Life would certainly be easier in many ways, if people just told the truth all the time. No more doubting yourself or others, and analysing people’s words and actions to find ulterior motives and meanings. I’m sure we’ve all sat with friends, agonising over text messages from other people, questioning what, at first glance, seems to be pretty straight forward. And just imagine how much more straight forward it would be if we didn’t have to do that. If everything was laid out, plain and simple, from the get go. Sometimes we even imagine there to be games when there aren’t any, our brains over complicating what should be simple. Communication and honesty are vital parts of human society, so why do we insist on making it more difficult than it needs to be?

I think we enjoy it, at least sometimes. We enjoy the mystery, the intrigue, the pulling apart of our language to explore every possible option it has. Life would be simpler if we said what we meant, yes, but it would also be less interesting. Playing mind games with people can be both incredibly frustrating, and endlessly fascinating. Things get even more complex when both parties participate, but also even more enjoyable for them. We can tease and flirt, and sort of pretend to be someone else, in a way. Sometimes I think there are layers of insecurity at work too; times when people aren’t playing games consciously, but are too shy or embarrassed to say what they really mean. They become a defensive measure, putting up walls to avoid getting hurt.

Personally, I think a bit of mystery and teasing can be a lot of fun, at least at first. I’m none too great at showing emotions sometimes, so not spilling the whole truth is a bit of a default. And as a lover of words in general, and having studied an English degree, I love extracting different meaning and exploring interpretations of things. However, after a while, mind games will have me banging my head against the wall, wishing the other person would just got to the damned point and say what they mean. And if taken too far, mind games can become unhealthy. As a bit of casual fun, there’s nothing wrong with them; but when things become manipulative and cruel, they have to stop. In terms of relationships, honesty is vital. It’ a fine line we tread sometimes, yet so many insist on continuing to walk it. There’s a time for intrigue and fun, and a time for just getting on and saying it.

Do you like playing mind games? Or would you prefer for everyone to just always be honest?