You Me At Six & All Time Low: Arena Tour

Charlotte Music, Other
Earlier this week I went to see You Me At Six and All Time Low on their co-headline tour, and it was pretty damn awesome. I’ve seen All Time Low once before, and this was my fourth You Me At Six show, but I’d never seen either in a venue like this. The show was in the Glasgow Hydro, which I was a little bit wary of. I tend to prefer smaller venues, where you can get up close with the band, and it feels much more intimate – especially since I last saw You Me At Six in a tiny room in Paris. However, the opportunity of seeing two great bands in one night was too good to pass up. I’d never been to the Hydro before, and while it is huge, it actually wasn’t as big as I’d imagined. And despite being very late arriving, we managed to get a decent spot in the crowd, so I didn’t feel too isolated from the band.
The support act was Walk the Moon, but we missed at least half of their set because we were late (I forgot to factor in rush hour traffic, ok?). The couple of songs we did catch were bouncing with energy though. I like seeing new bands as support, in case I discover a new favourite that way; bands like Natives, Canterbury and Lower Than Atlantis were introduced to me in this way. I’ll have to check out more of Walk the Moon’s music before I decide that though. 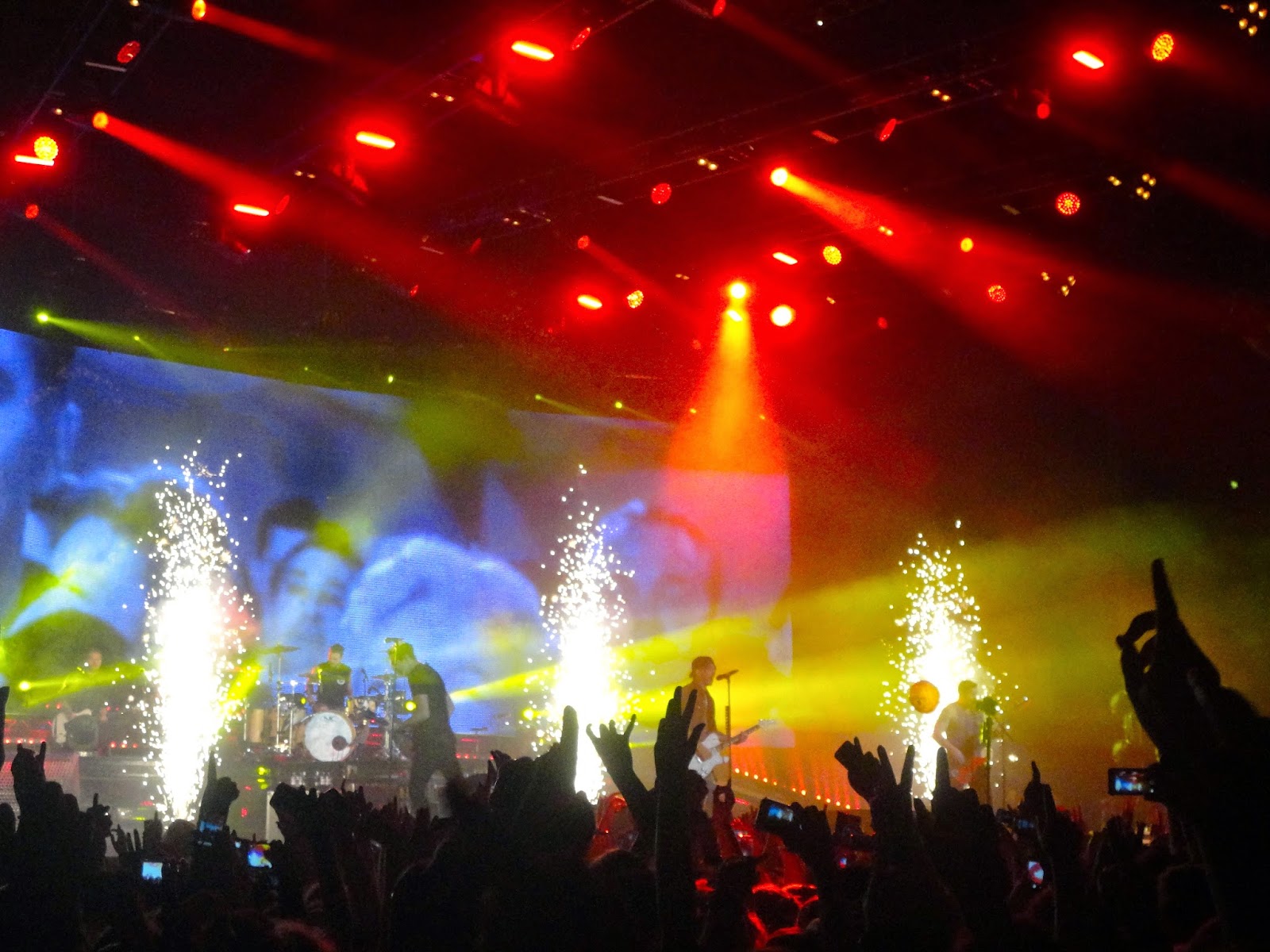 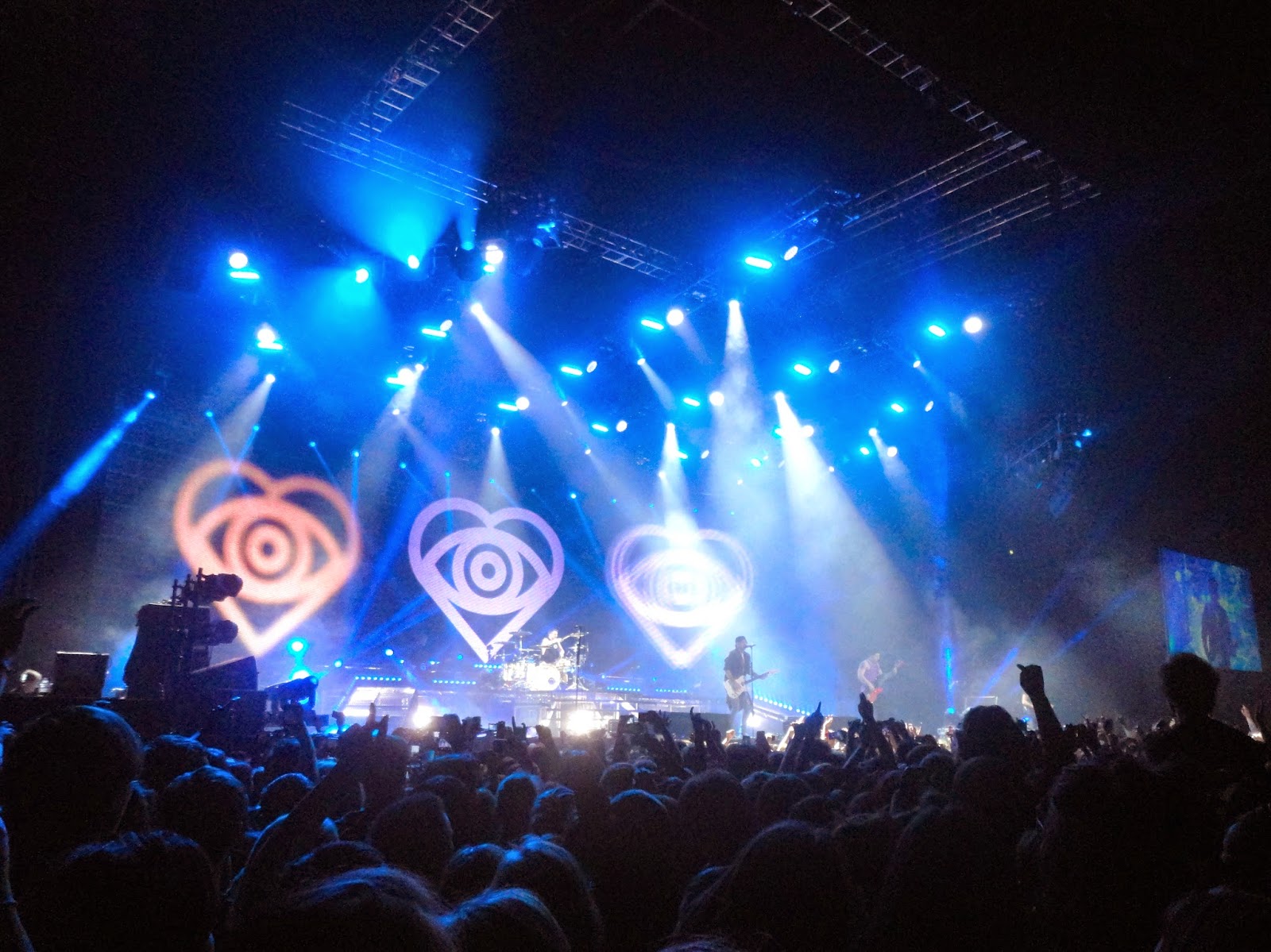 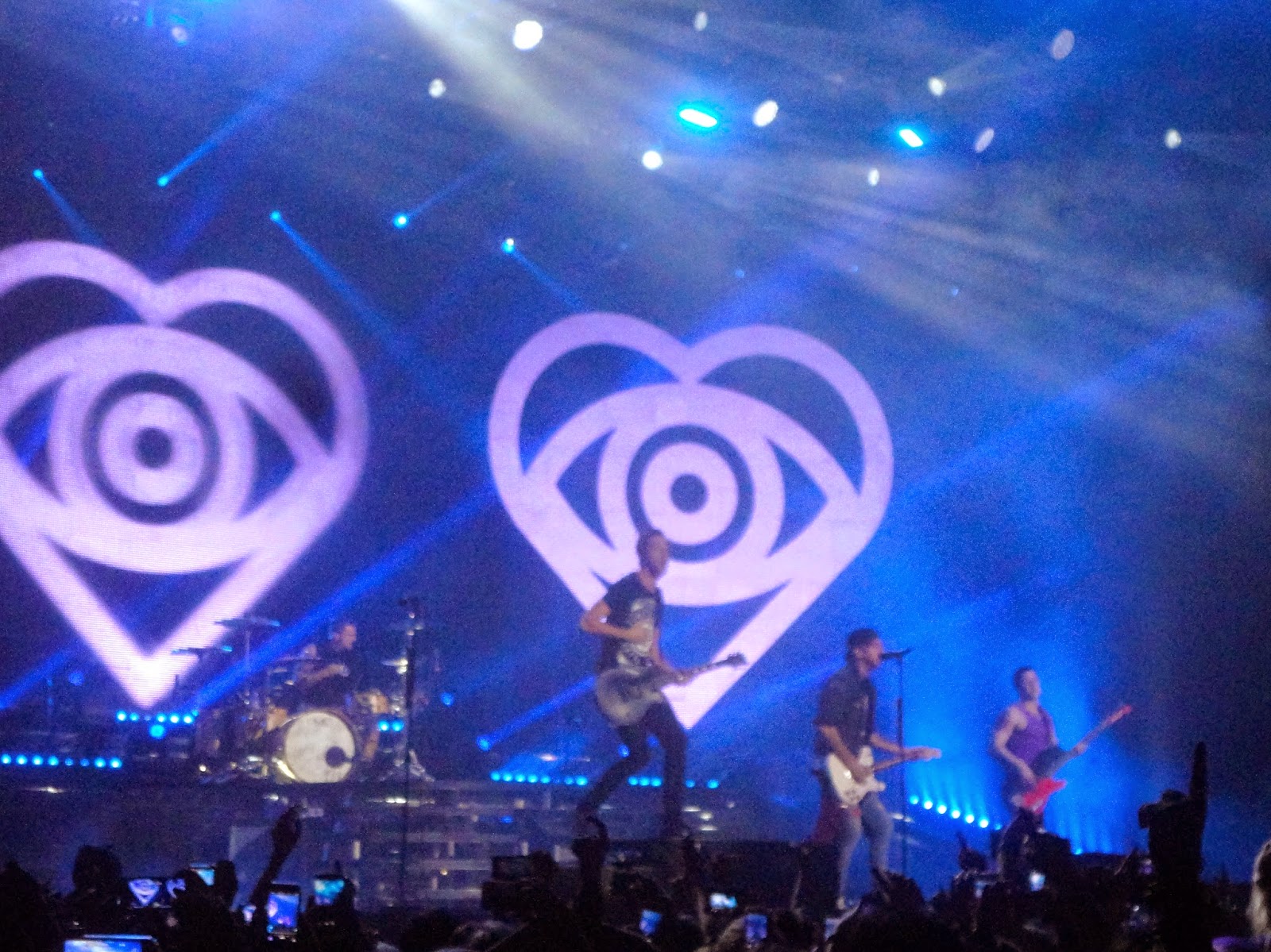 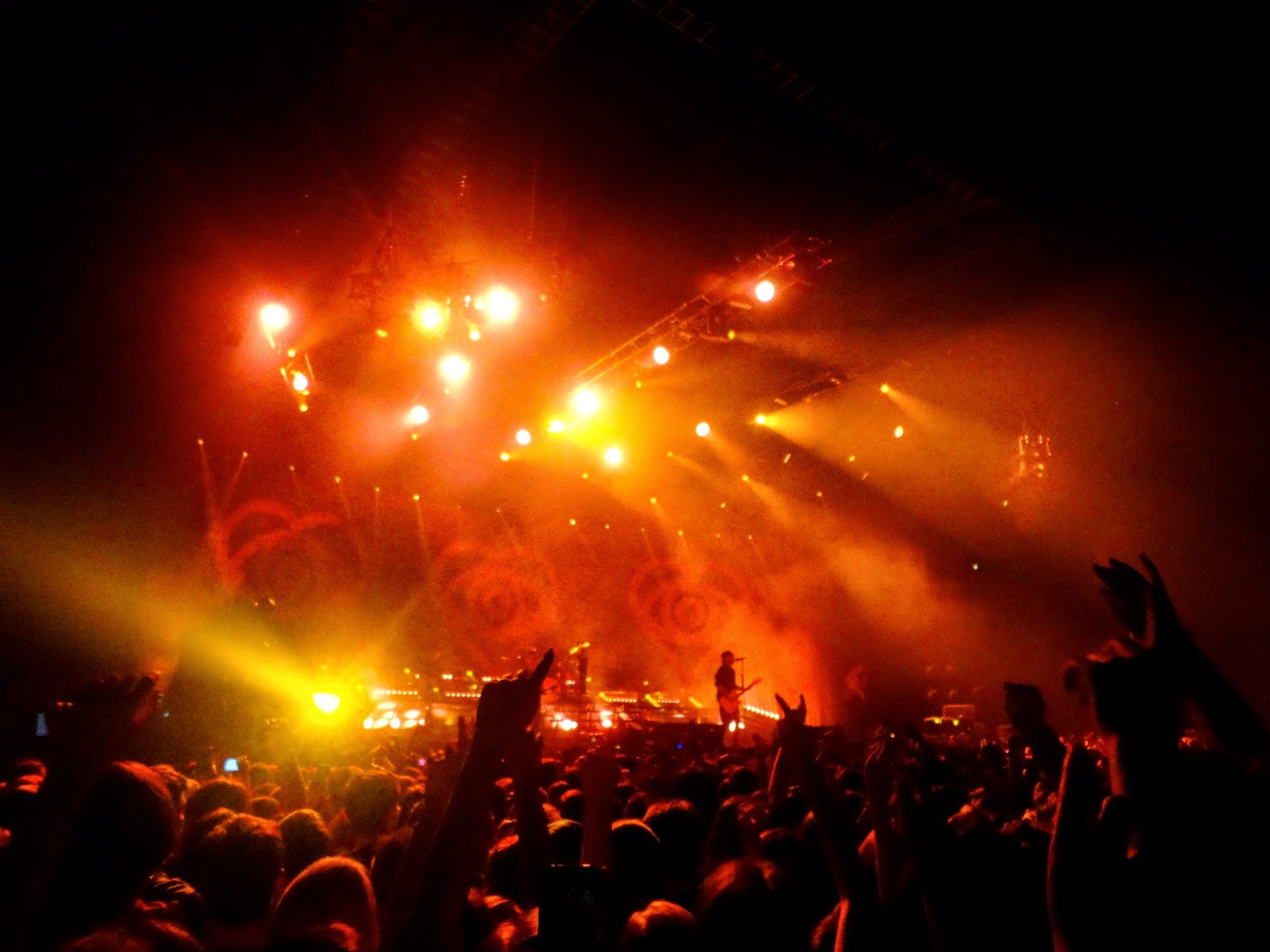 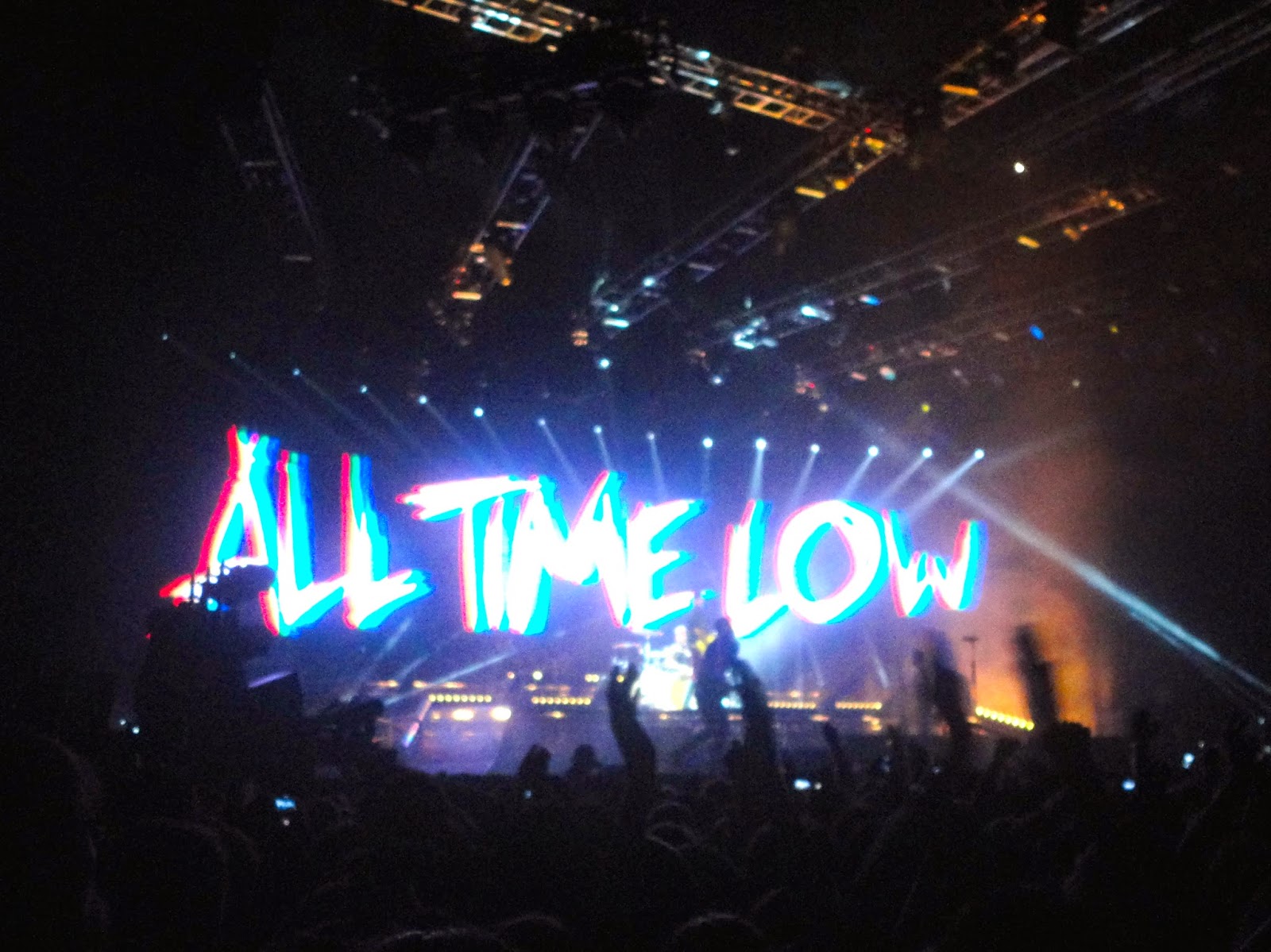 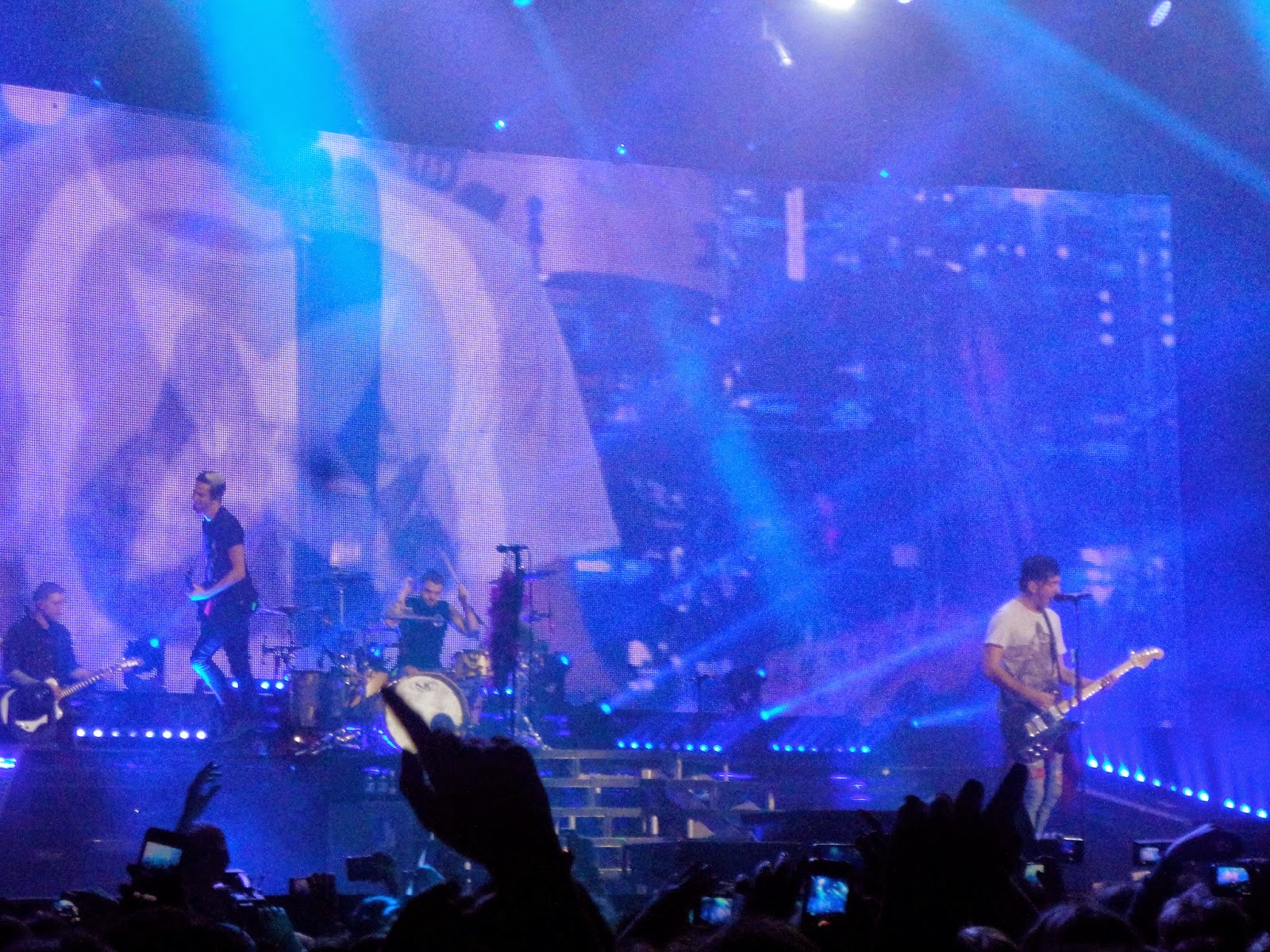 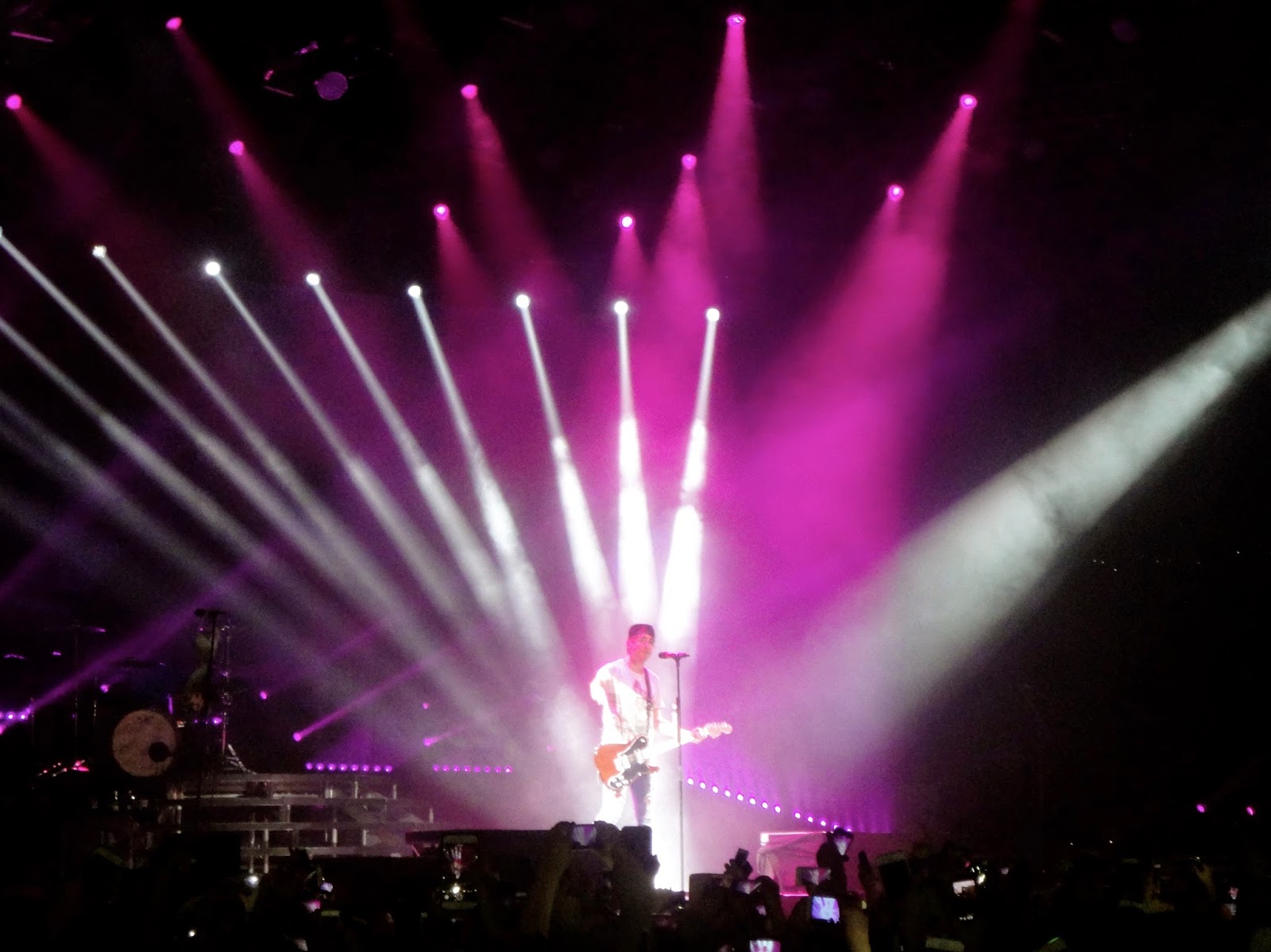 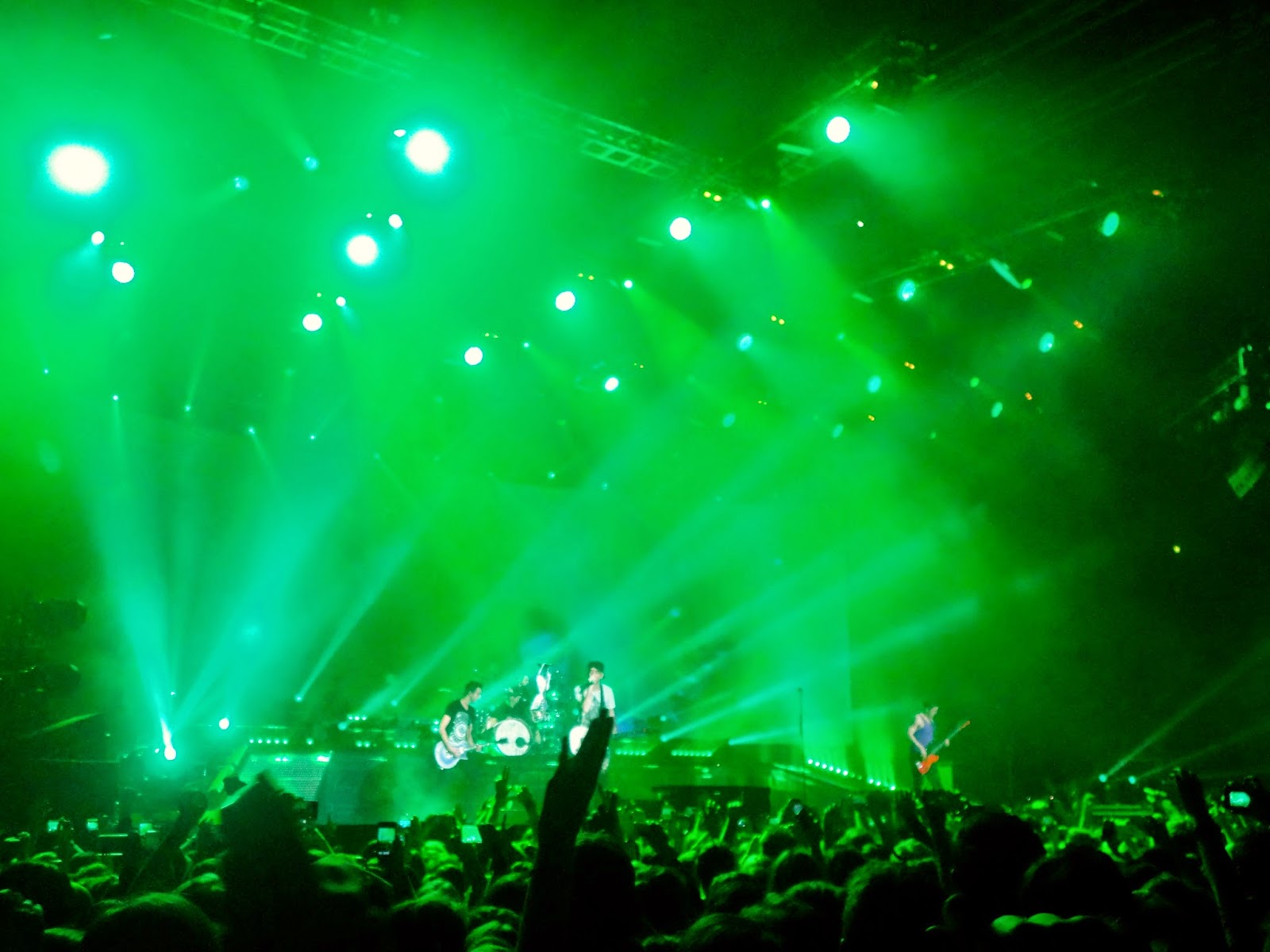 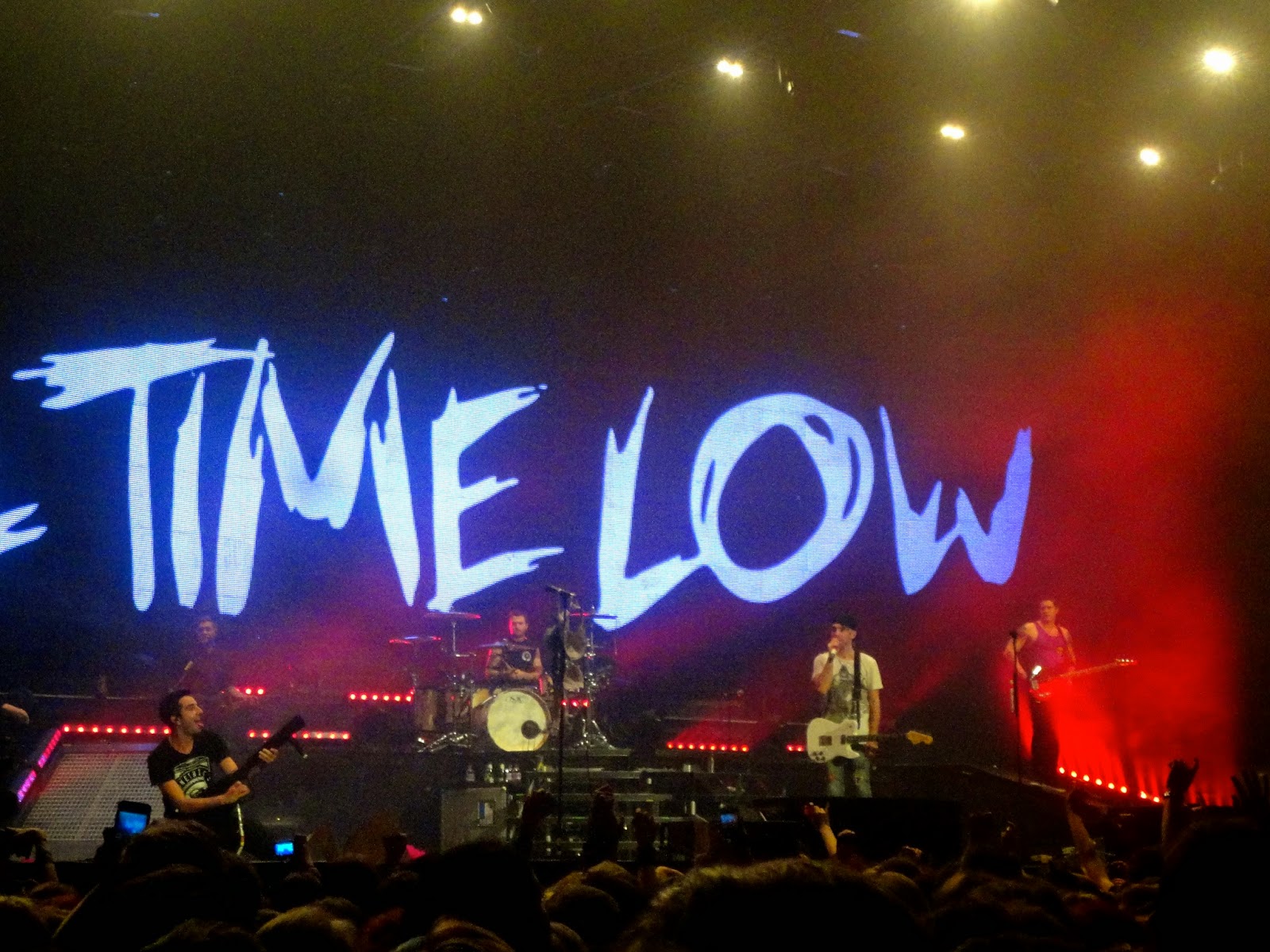 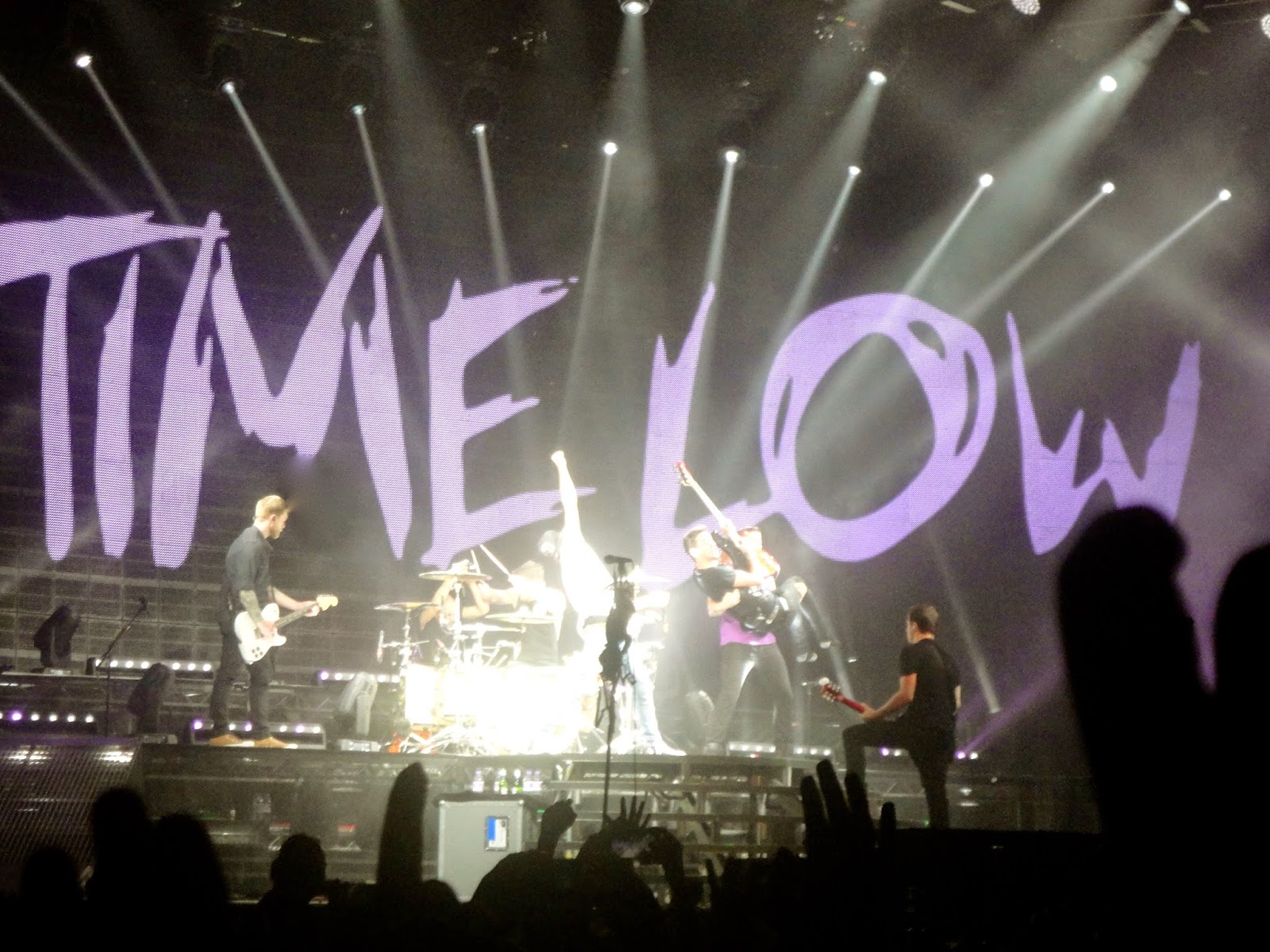 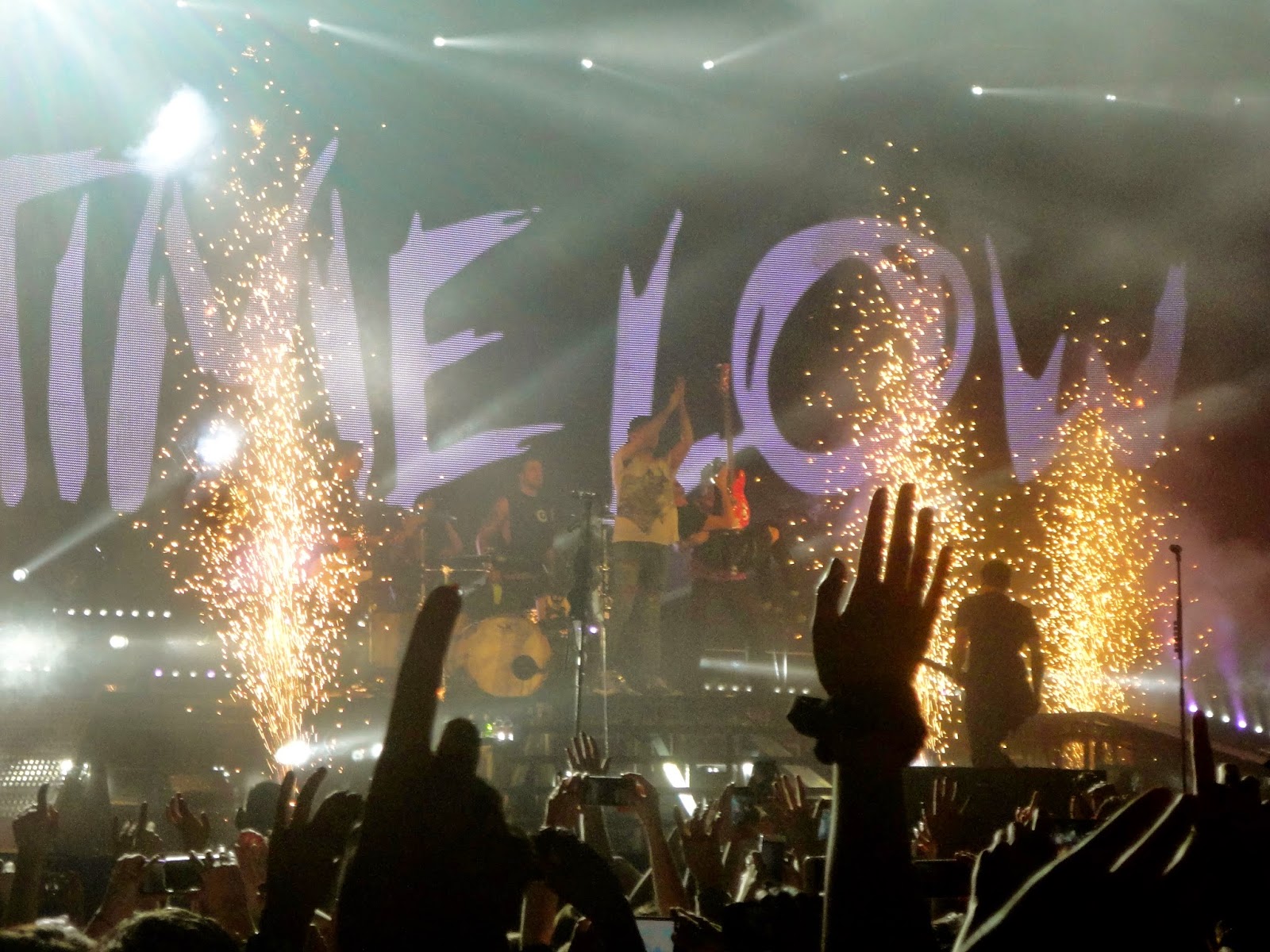 Although it’s a co-headline tour, one band has to go first of course, which was All Time Low (the decision being to let the UK home band, You Me At Six play last). Their sets are always bursting with energy and fun, and they did’t disappoint. Both bands opted for set lists made up of a sort of “greatest hits” selection, and I loved getting to hear some older stuff again from both – in All Time Low’s case, some of my favourites were Weightless, Damned If I Do Ya, The Reckless and the Brave, Time Bomb, and of course their closer, Dear Maria. The stage was abound with coloured lights, and I love the projections that bands can put on the backdrop. There were also a few awesome pyrotechnic moments thrown too. All Time Low are also hilarious in between songs; from Alex and Jack wearing a bra, the “mother-fucking-titty-sucking-you-me-at-six” song, and shooting t-shirts at the crowd while hauling people on stage to sing. They put on a great performance though of course, sounding stellar from start to finish. I hate it when music has been plugged through a computer so many times, that it ends up sounding horrible live, but that isn’t the case for either band. A stellar showing from All Time Low.
Then came You Me At Six. Their set was delivered exceptionally well, and I know how much they’ve improved live since those early days. Again, the set was peppered with new and old hits, some of my favourites being Room to Breathe, No One Does It Better, Underdog, Crash and The Consequence (my only qualm being I would have liked perhaps just one song from their first album!). I think a good chunk of their budget went on the pyrotechnics too, with full-on fireworks shooting into the ceiling, as well as beach balls and a confetti cannon. I don’t care about elaborate staging at concerts, as some artists go for; while it can be impressive, it’s really the music that I’m there for. However, these were used just enough to add a bit of awe and wow to the show, while not detracting from the music. By contrast, the softness of Crash and Fireworks shone in the light of an arena full of twinkling phone lights and a waterfall of light behind them. The final encore set of Bite My Tongue, Fresh Start Fever and Lived A Lie was particularly awe-worthy, a huge-sounding trio of hits that I think nearly lifted the roof off the place. Glasgow has a great reputation for concerts for a reason, and the crowd gave it everything they had. 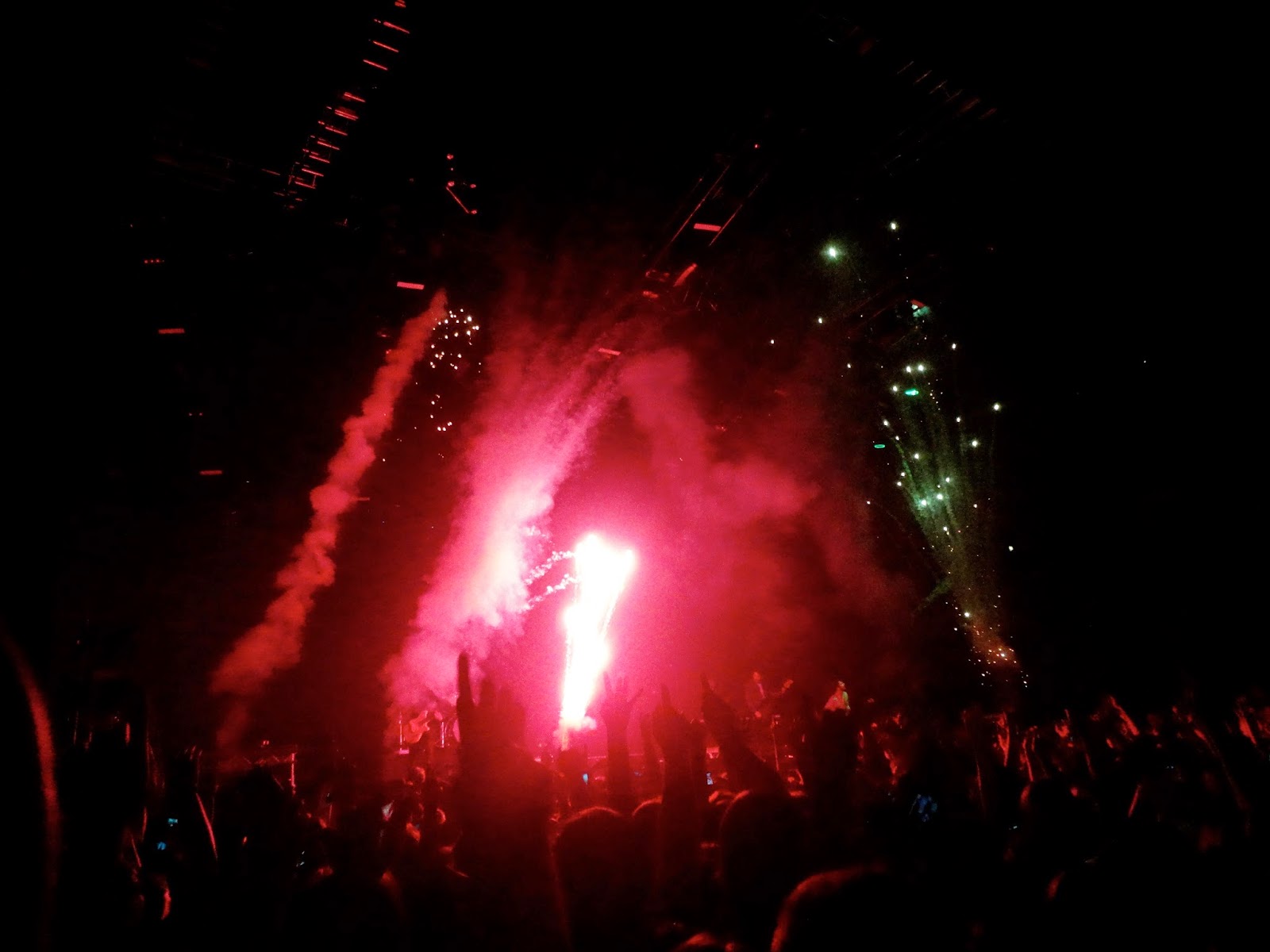 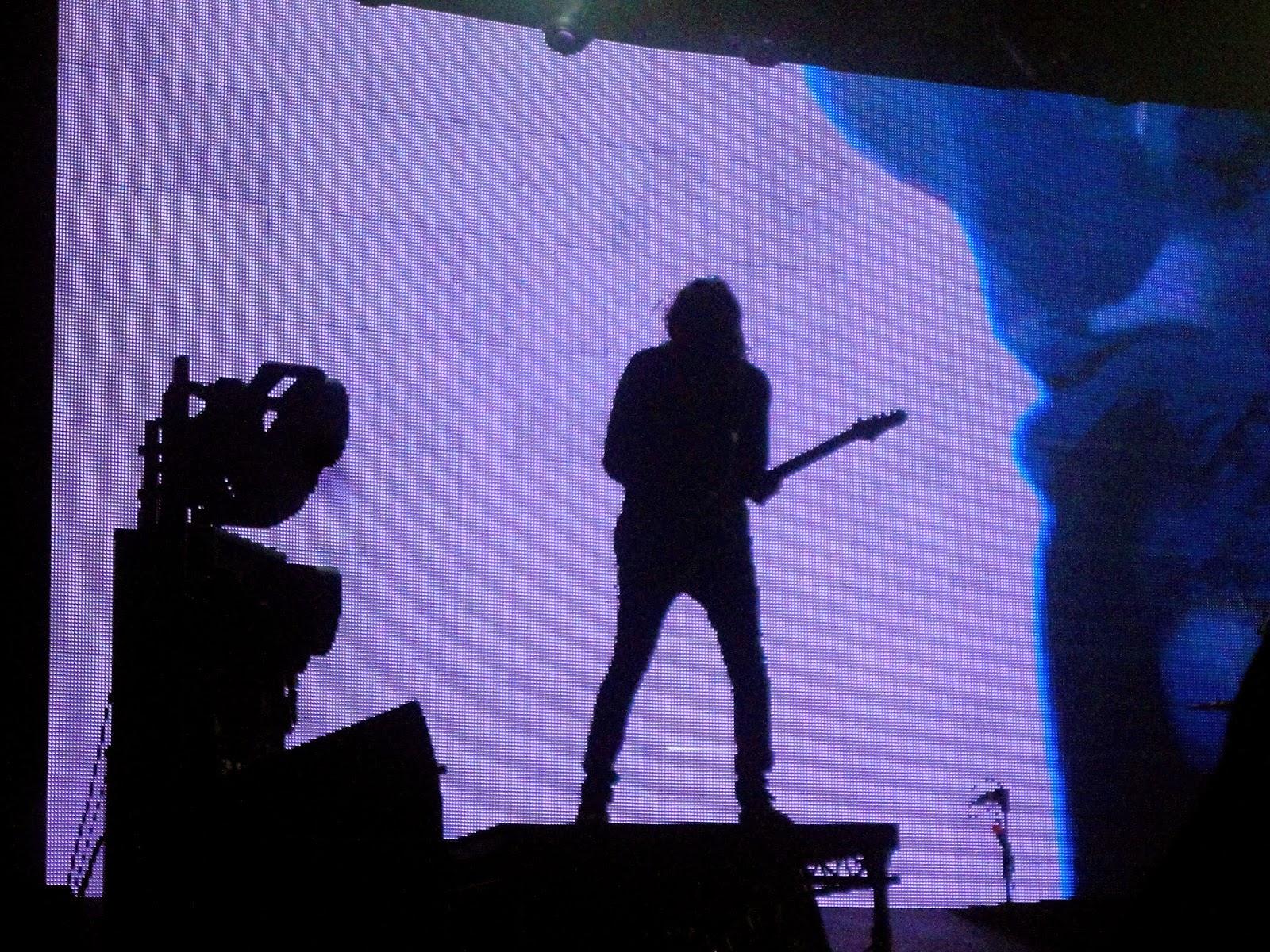 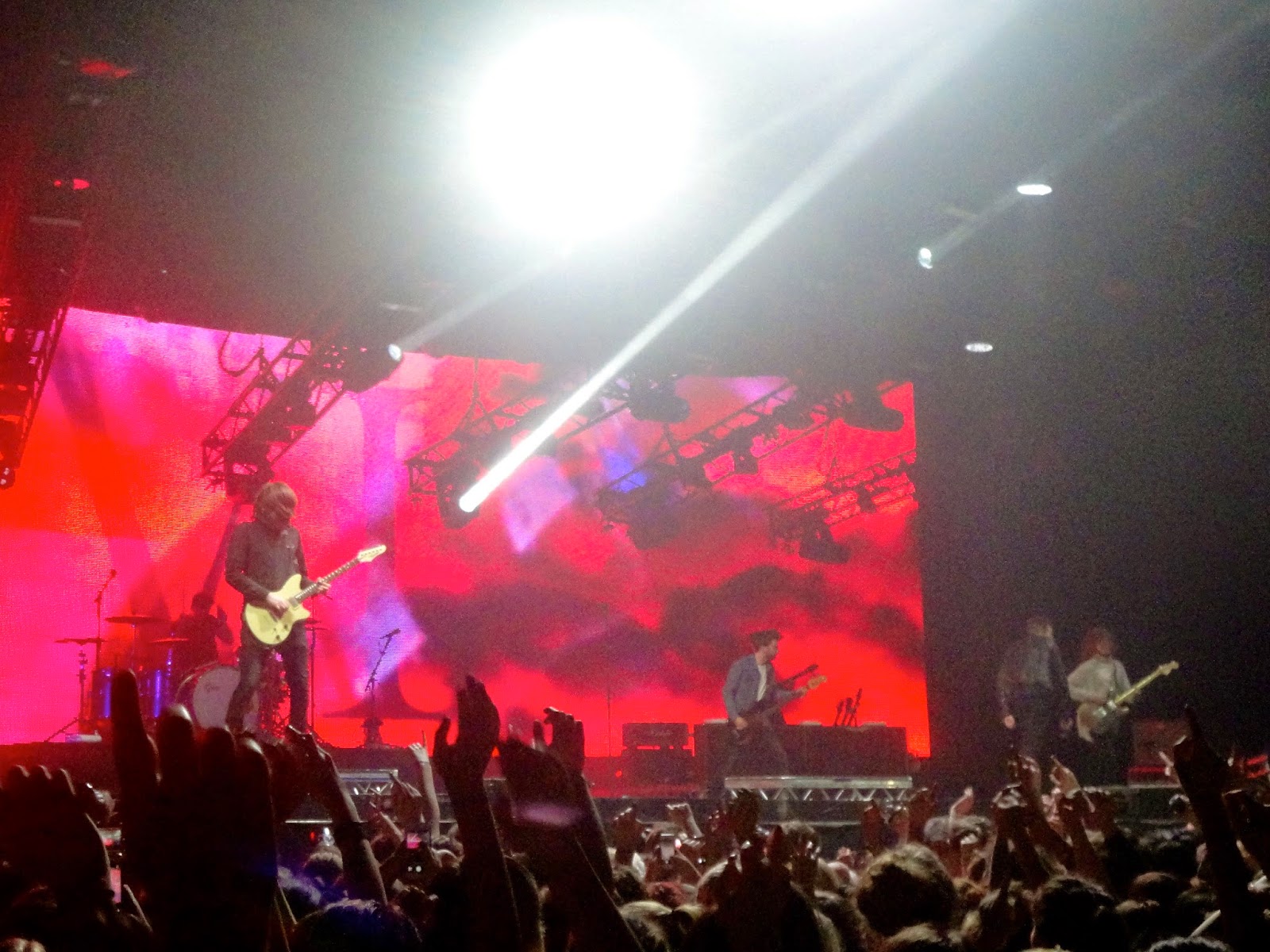 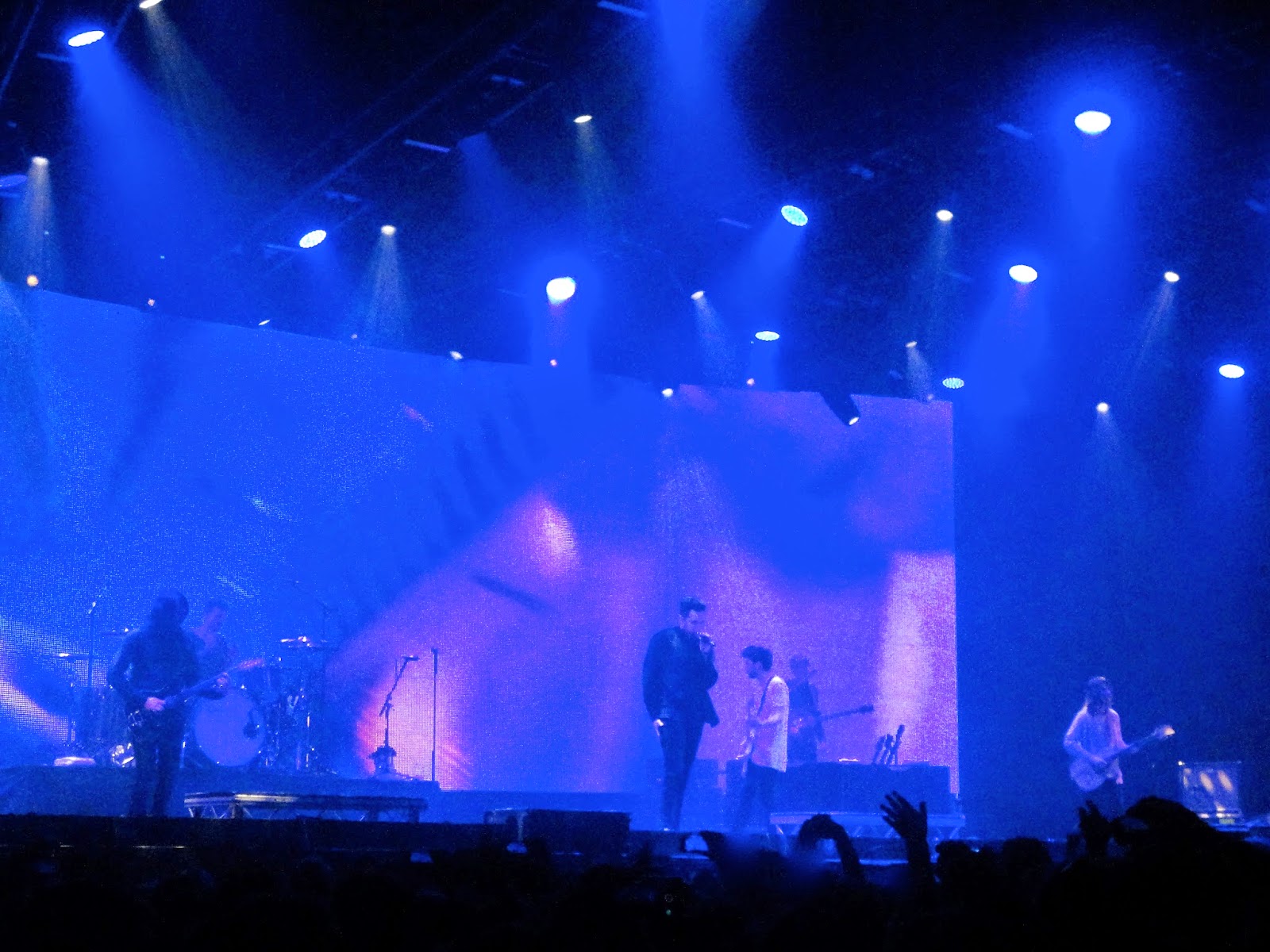 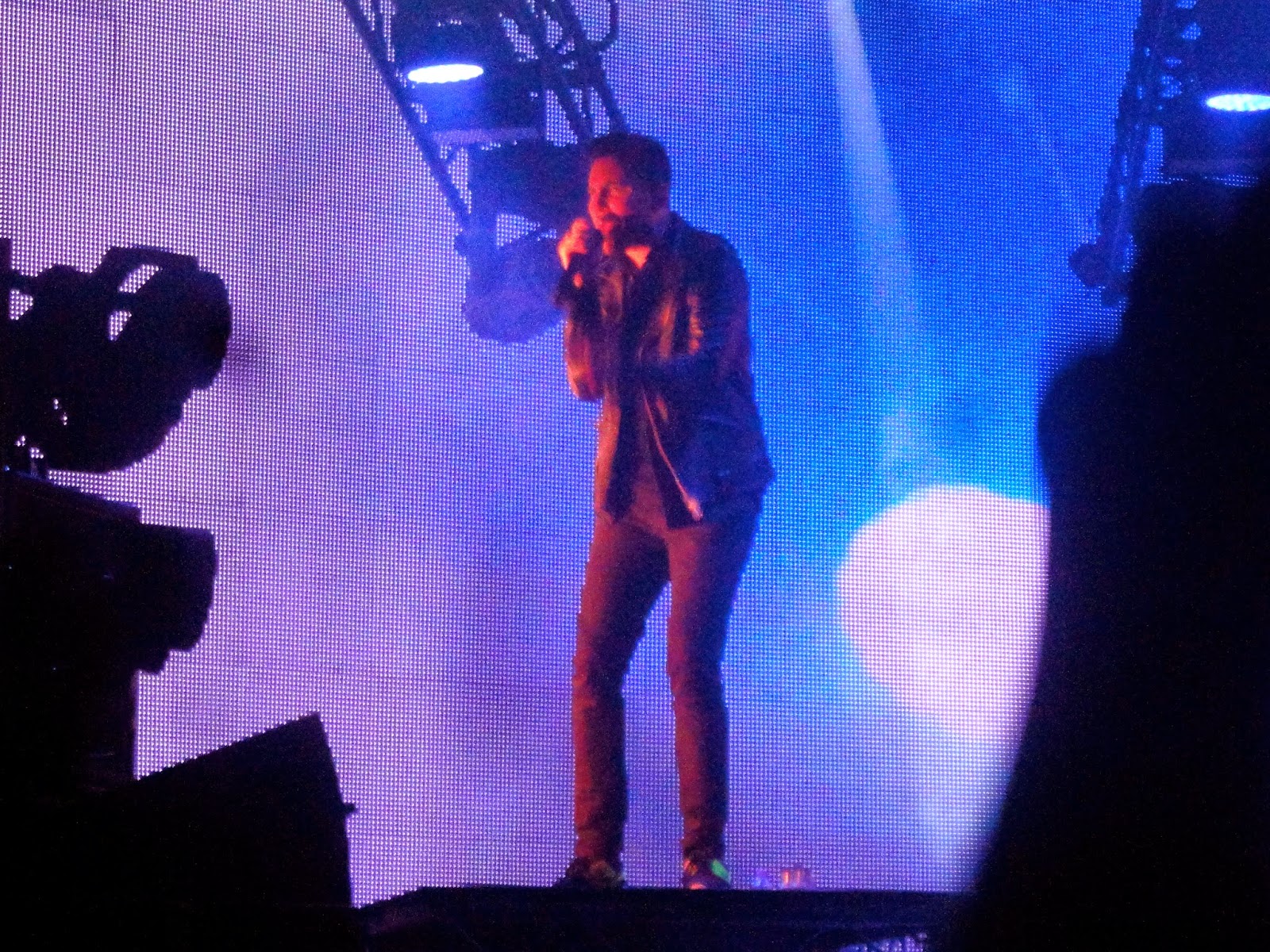 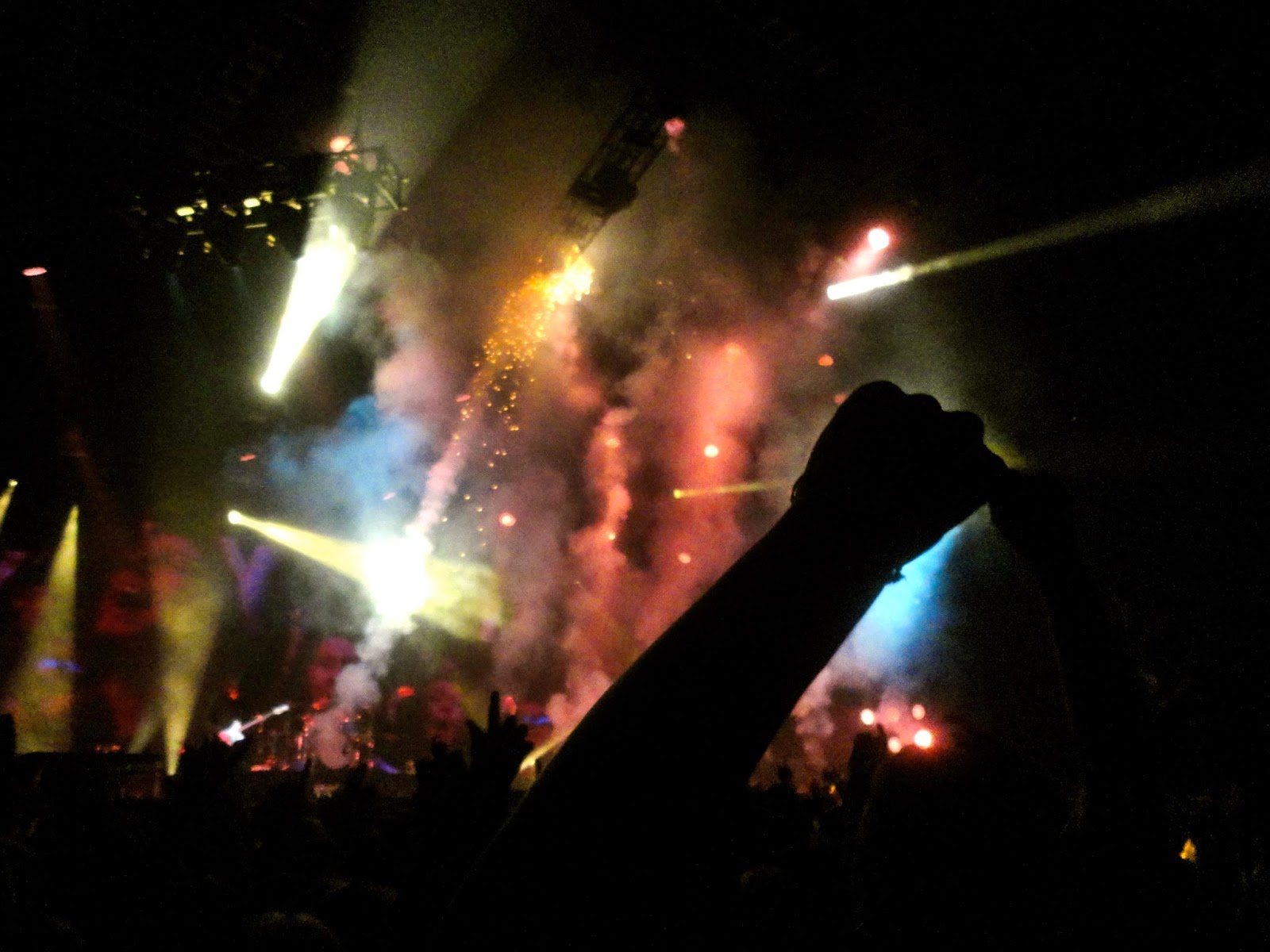 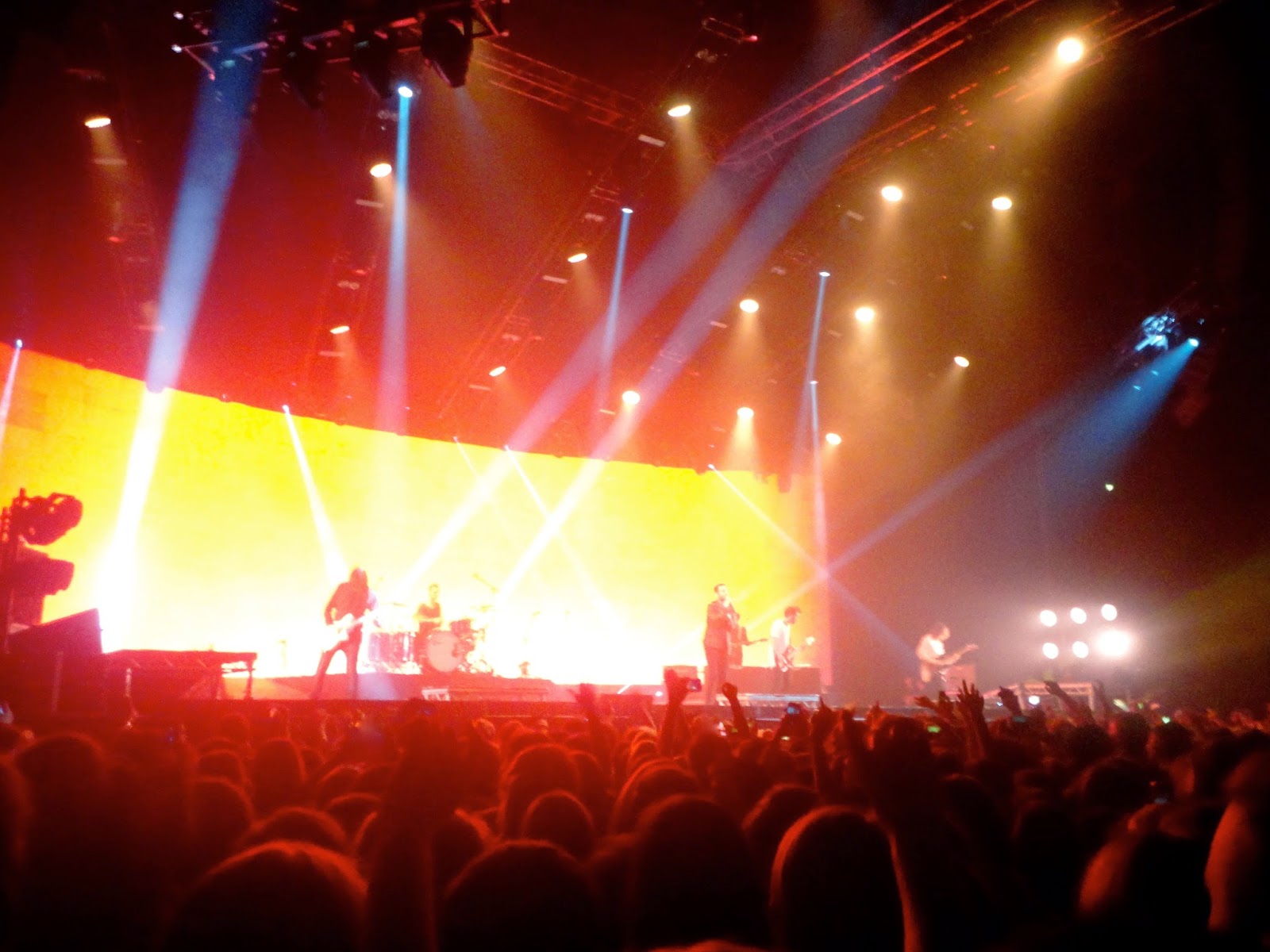 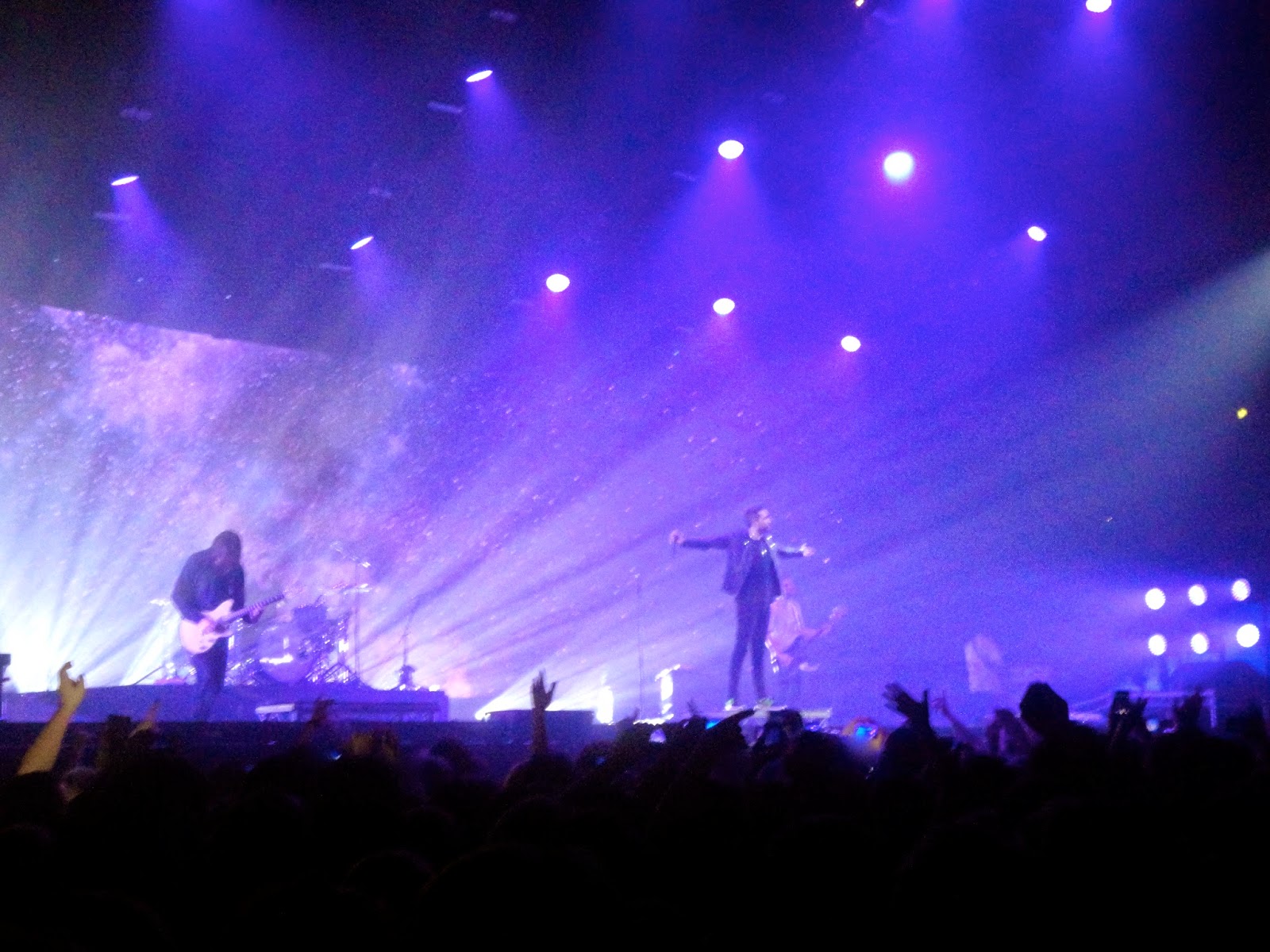 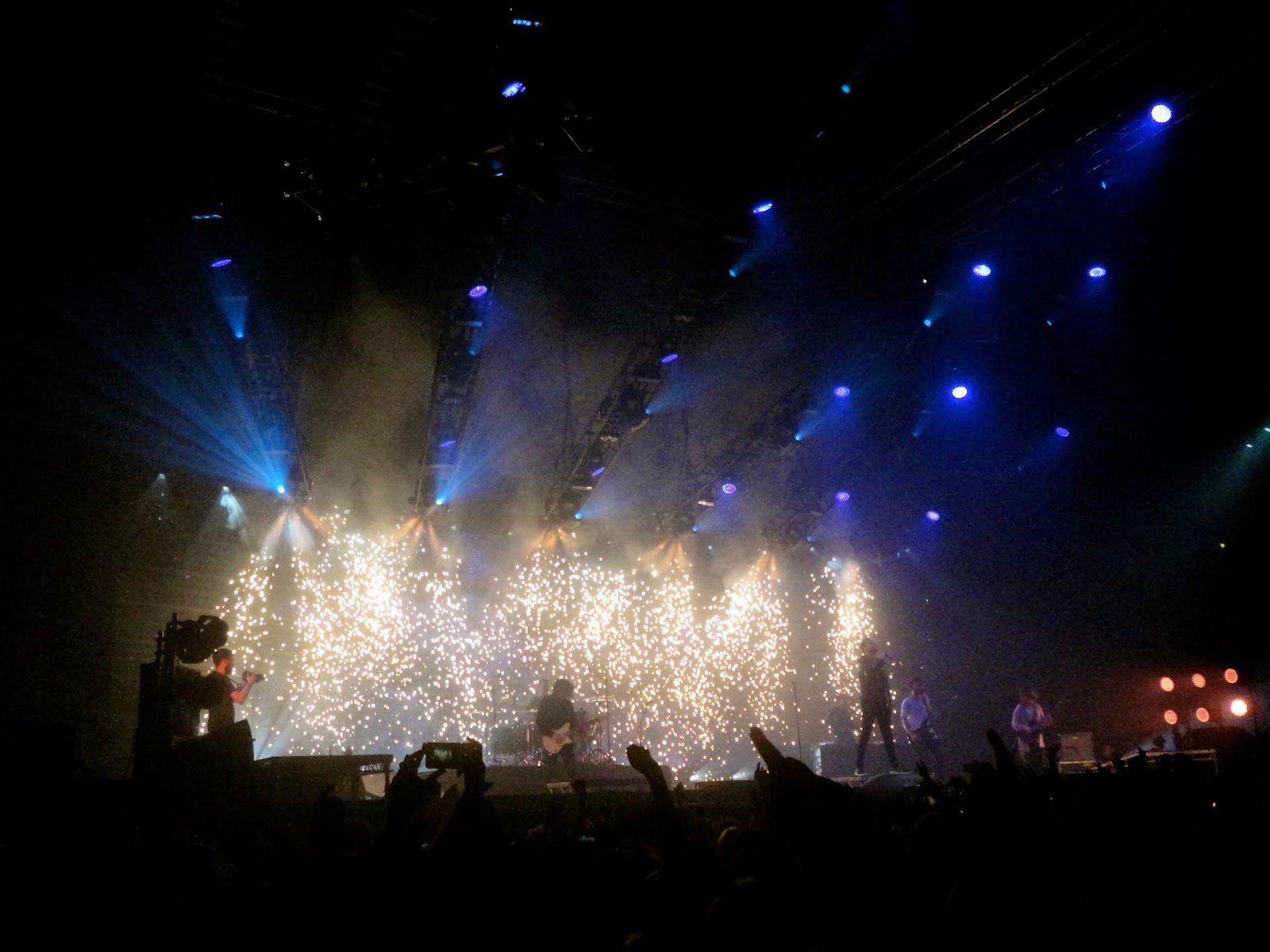 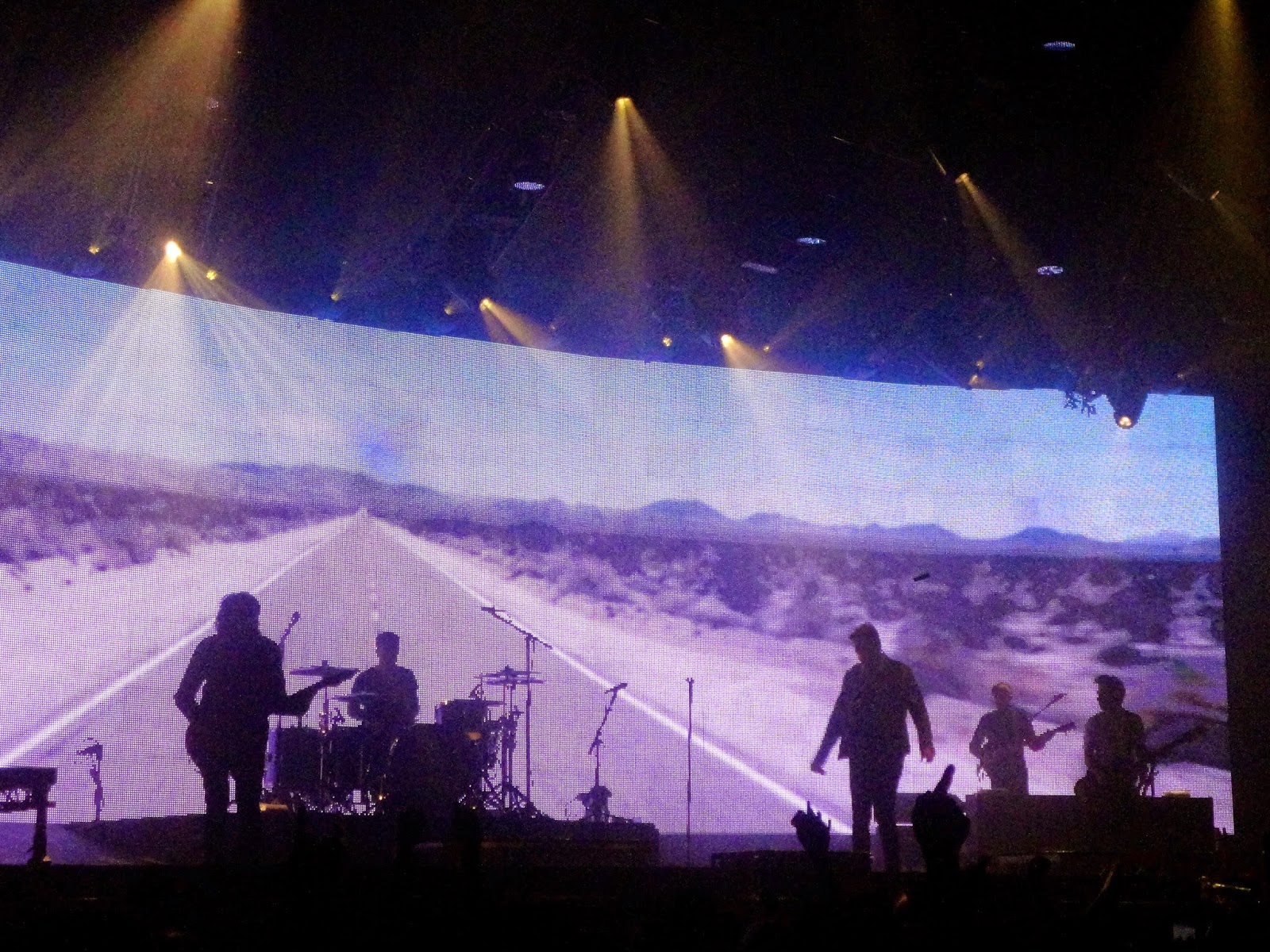 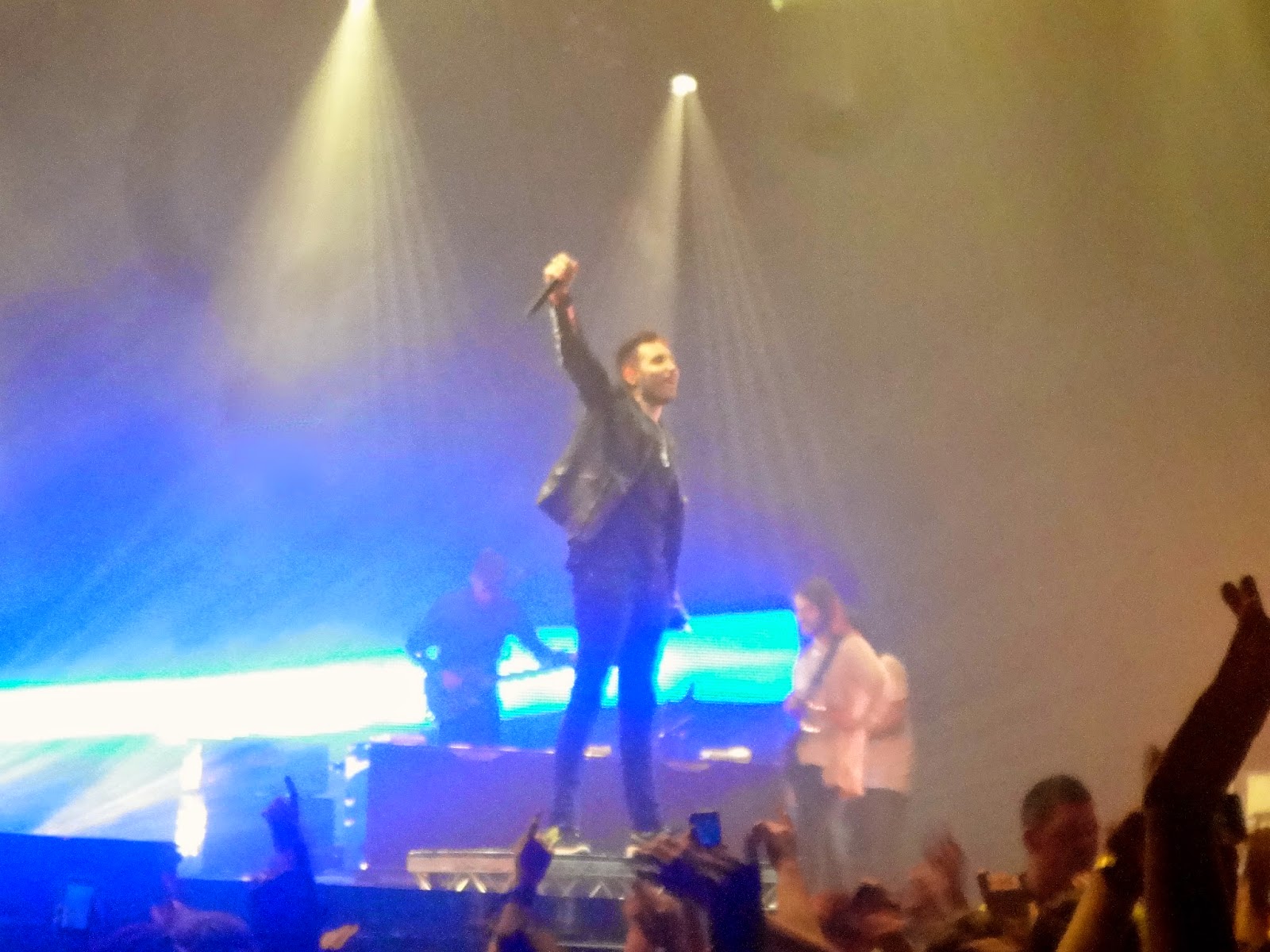 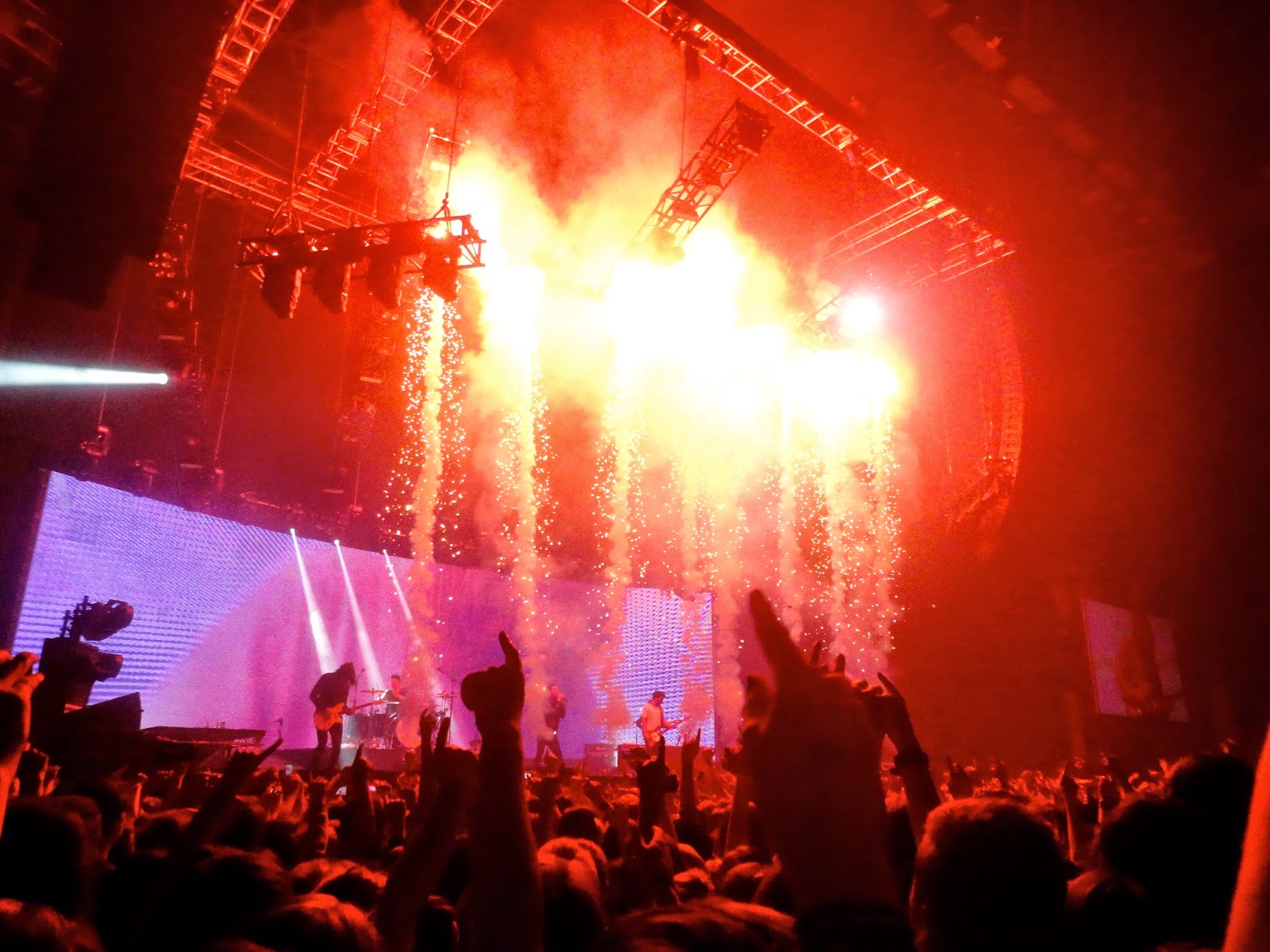 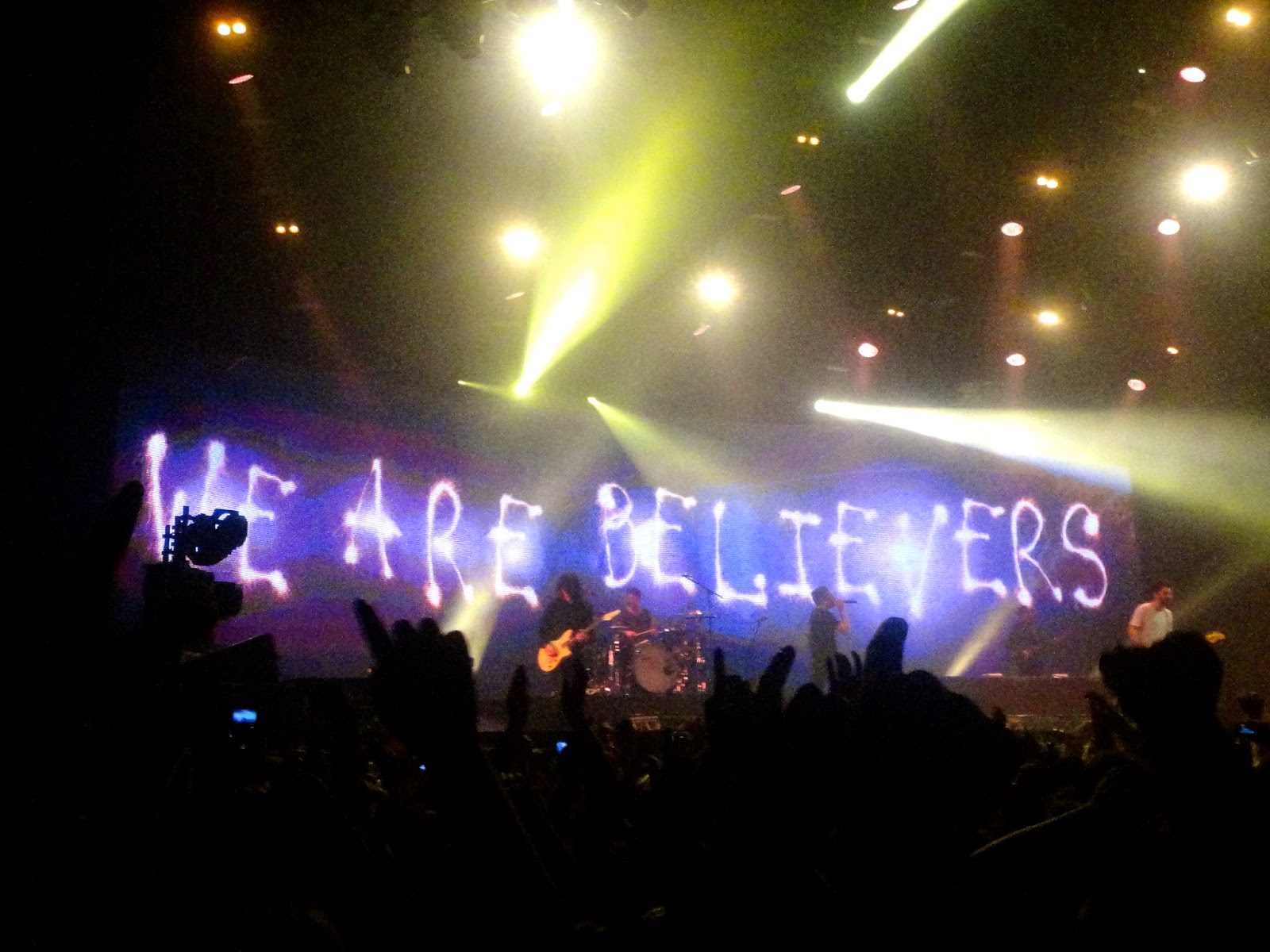 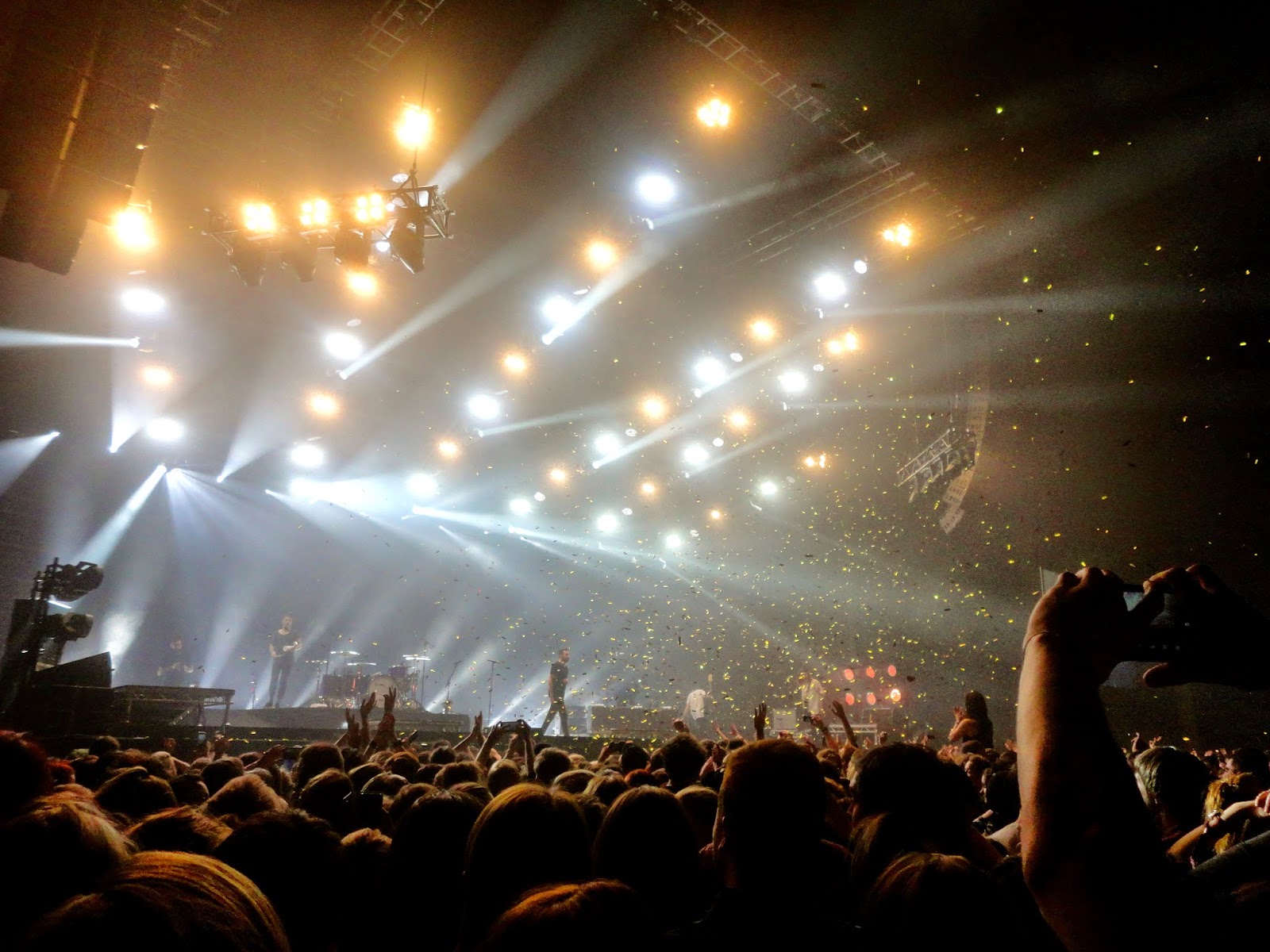 All Time Low were excellent, and put on a truly great show; but You Me At Six were just a little bit better. It was somewhat surreal for me; I kept flashing back to when I first discovered this band all those years ago, when they were teenagers with floppy hair, who took buses round the country to play tiny shows; and just look at them now. I felt so proud of how far they’ve come. The Paris show was phenomenal for its intimacy, but seeing them put on an arena show was very special. The show was big in every sense of the word, and those five guys on that stage filled every inch of the room with music and energy and passion (extra well done to Josh for putting on an amazing show with a broken ankle!). They’ve proved, beyond a shadow of a doubt, that they are absolutely an arena band. Sometimes I struggle to put emotions into words, and that’s somewhat true of how I felt during this show. There was pride and joy and passion and awe at these boys; but also something else that I can’t quite explain.