So last year I wrote two posts about the places I visited on Doors Open Days. This happens once a year (all over Scotland, not just Edinburgh), where they open up buildings and locations that the public can’t normally access for the weekend. Or, places that are usually paid entry are for free, or there are additional events on in places that are usually open and free. It’s basically a great way to see some new places around the city, learn more about them, or experience some of the additional events. This year I had more free time on the Sunday than the Saturday to see things, so I’m just putting it all in one post instead. 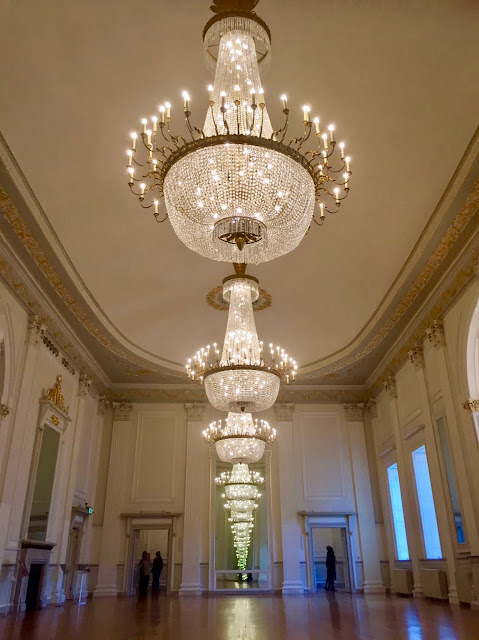 First up, I had enough time after work on the Saturday to see one location, so we headed to the Assembly Rooms, on George Street in the New Town. These are basically used as event spaces nowadays, so you’d only get to go if attending something. Rather than just walking around on our own though, we timed it to join one of the tours inside, to learn a little more about the place. We were very glad we did in the end, as we got so much more from our visit than we would have otherwise. The building is over 200 years old, so the guide told us about all the events that had happened in the past, including many dinners and dances with notable historic figures. The building is also a beautiful example of the Neoclassical architecture found throughout the New Town, and she explained a lot about the changes to the building and the renovation works in recent years. The chandeliers each contain 12, 000 crystals and are just staggeringly huge and stunning! The Crush Room, Ballroom, and Music Hall are all gorgeous rooms anyways, but the tour definitely gave us a lot more insight into the role the building has played within Edinburgh society over the centuries. 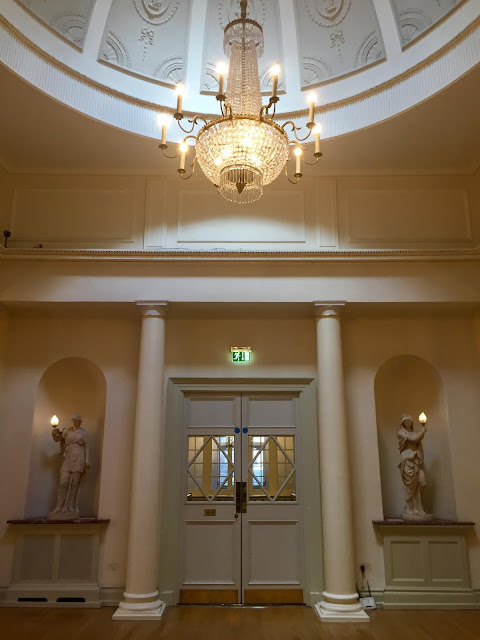 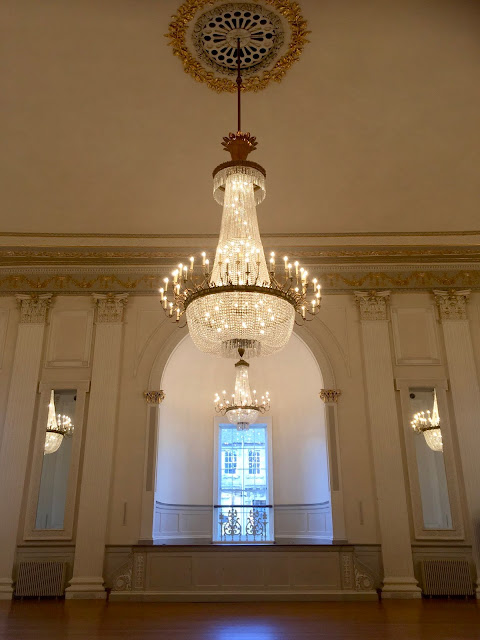 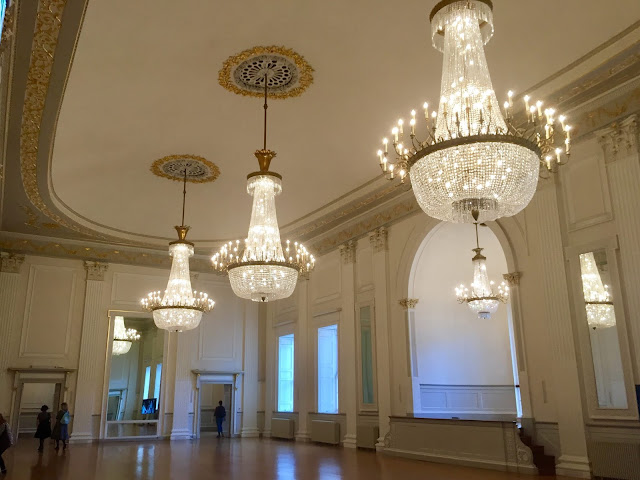 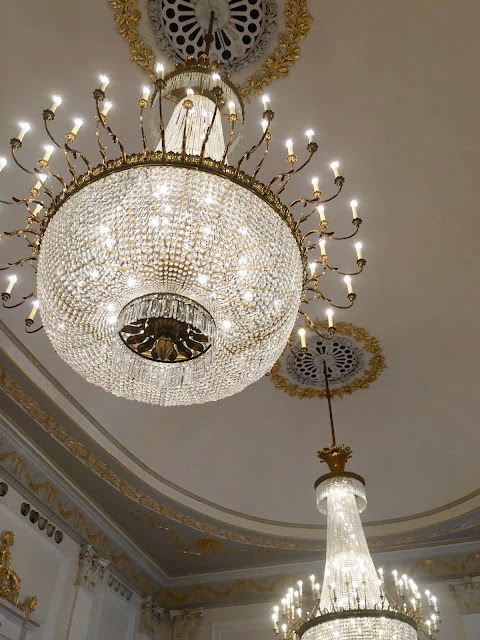 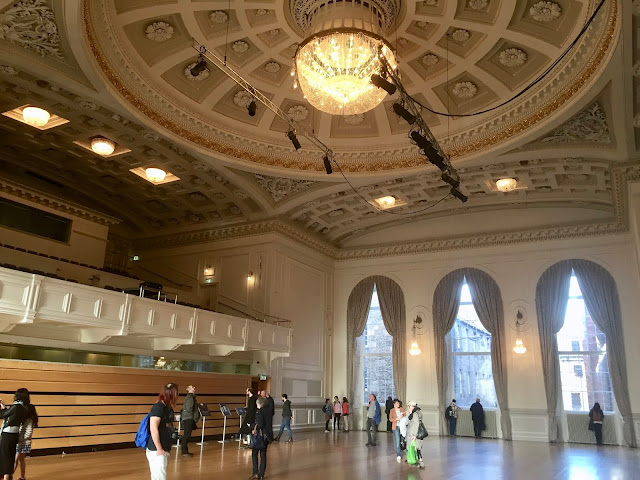 Early on the Sunday morning, I legged it over to the Georgian House to see it when it opened at 10am, before I went to work. We tried to see it last year, but the queue was really long by mid-afternoon, so by going first thing, I got in straight away. It is open year round, but is normally paid, and I think we always forget about it until Doors Open Day rolls around again. It’s also in the New Town, in Charlotte Square, and another example of the Neoclassical architecture of the Georgian era. It’s been filled with furniture and paintings and such from the time period, so you can get an idea of what it used to be like. There are only a couple of rooms on each floor, and the attic is not yet open, so I got around it all comfortably in the time I had. There’s lots of information leaflets in each room, as well as plenty of staff who can answer questions, or many of whom would offer up tidbits of information along the way as well. Another beautiful building, and an insight into the past. 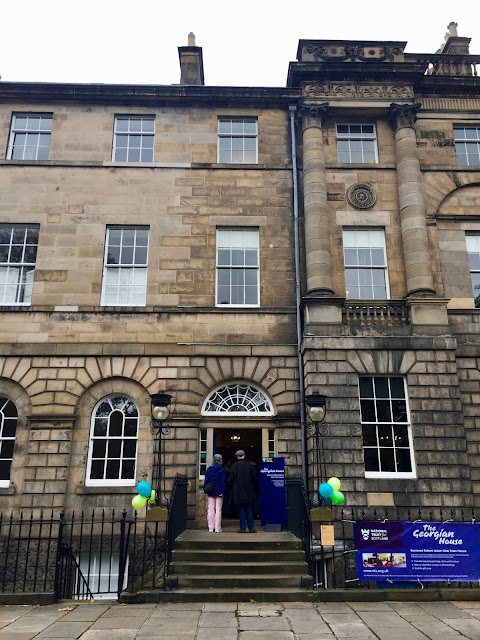 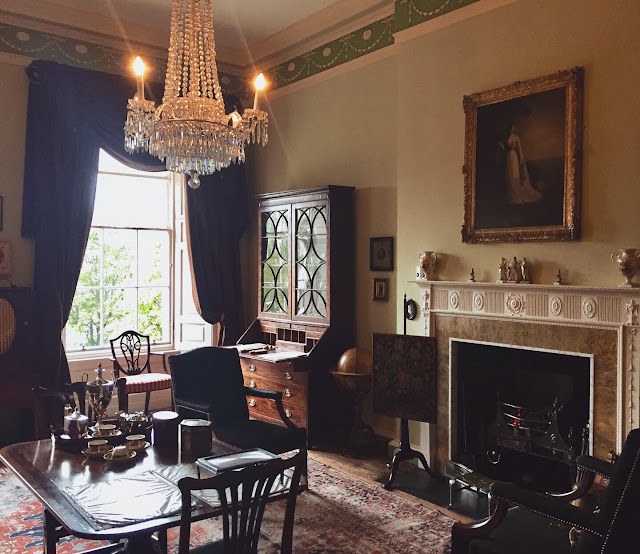 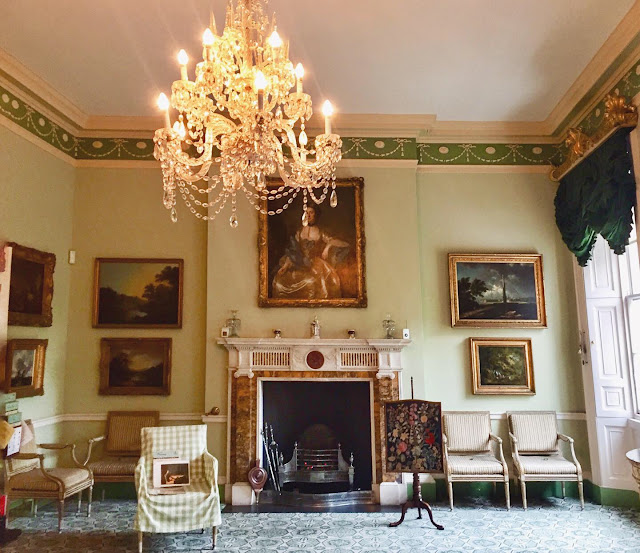 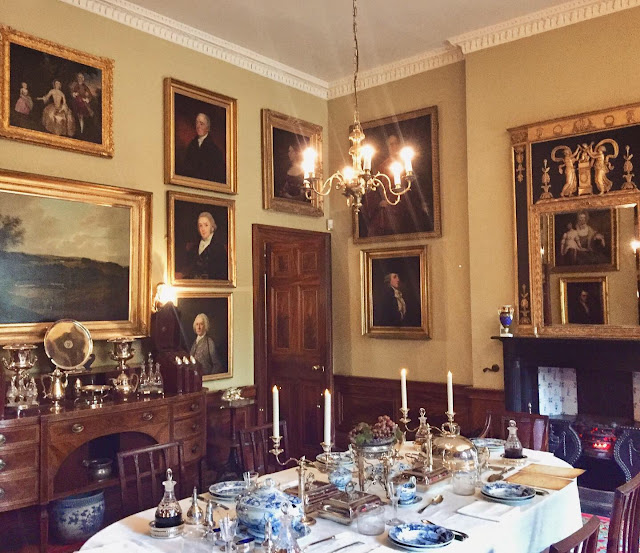 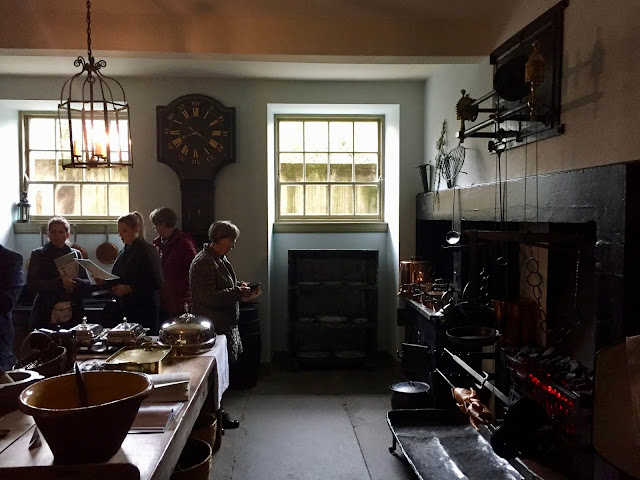 After work, we headed up the Royal Mile to see Riddle’s Court, a 16th century merchant house down one of the closes. I’d been in once before for a Fringe show, but the rooms were full of theatre seating, so it wasn’t an accurate version of it! Today, the building houses the Patrick Geddes Centre, named for a pioneering city planner of the past, which is an educational centre inspired by his philosophies. From the outside, it is this towering building, very typical of the Old Town, and painted a striking orange colour. However, we found it lacking a little on the inside. There were a few nice wood-panelled rooms, with painted ceilings, but otherwise there wasn’t that much to see, as it seemed more focussed on the centre’s work now, than the historic context of the building itself. 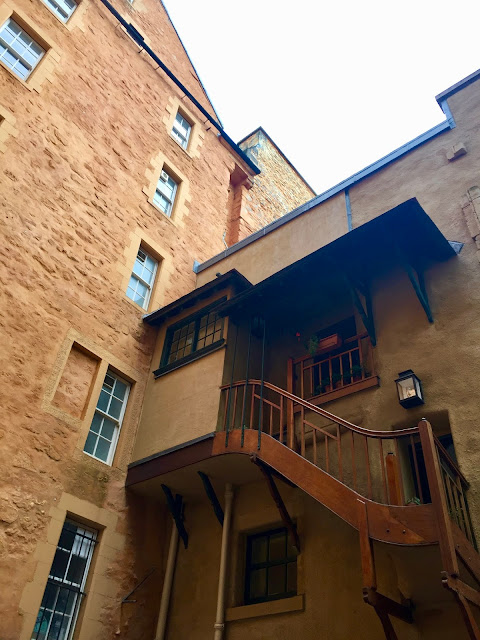 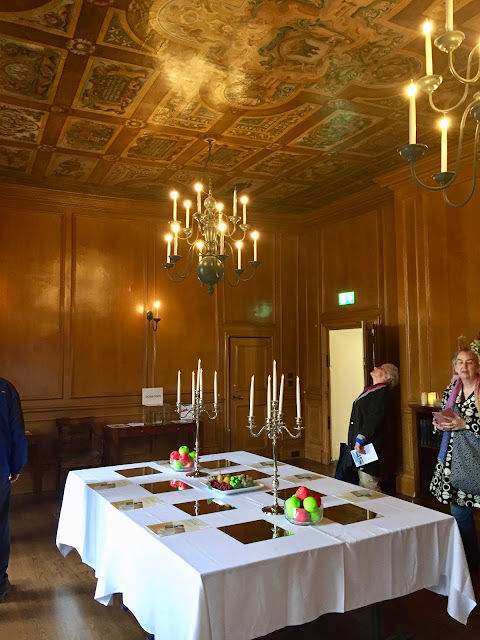 New College is an iconic building in the Old Town skyline, situated on top of The Mound. It is also known as Assembly Hall, as it was originally (and is still used as) the General Assembly Hall of the Church of Scotland. It is the New College within the University of Edinburgh, and houses the School of Divinity. I’ve seen the courtyard, which is beautiful, many times before, but had never had the chance to go inside. We were a little confused about where to go and what we could see at first, but we figured it out eventually. We saw the library there, with the rows of books underneath stained glass windows, a giveaway of the fact it was once a church. Then we saw some of the grander halls, including the General Assembly Hall itself, and the Gothic style Rainy Hall. 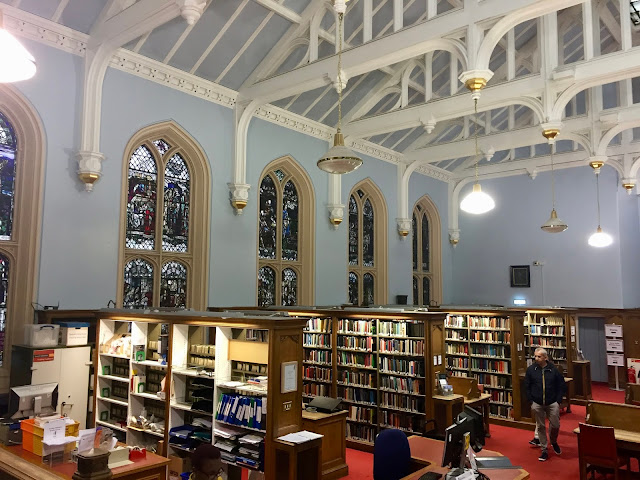 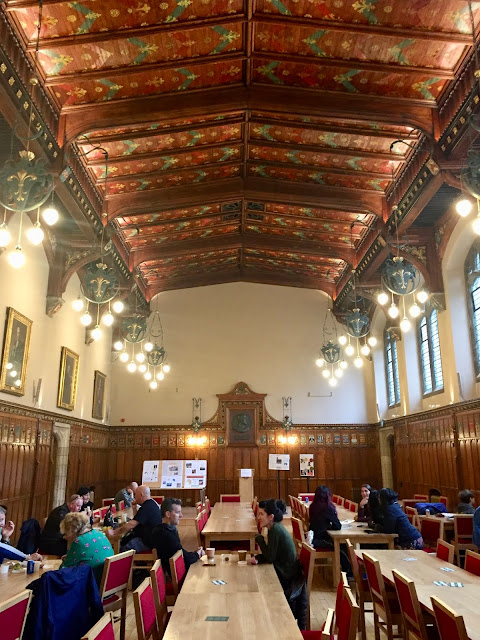 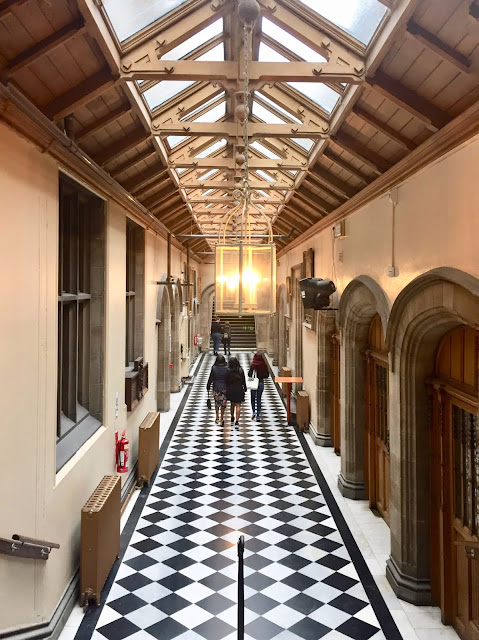 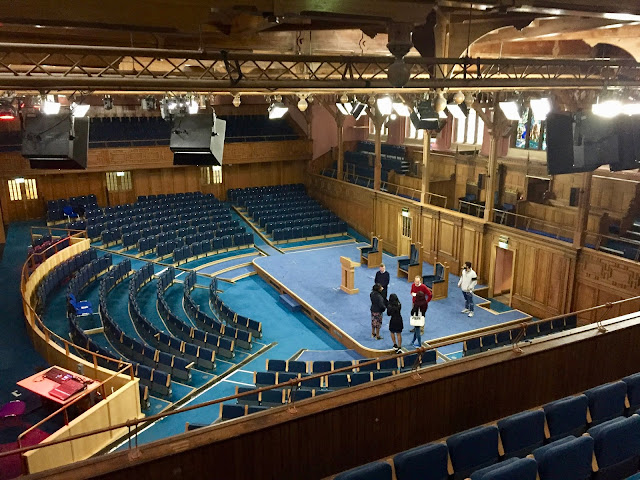 Continuing down the Royal Mile, we stopped in at Panmure House, once home to the economist Adam Smith. The building had lain derelict for many years but has now been renovated by Edinburgh Business School (Heriot Watt). There’s only a couple of rooms to it, which are quite simple, but have been elegantly decorated, in the Neoclassical style of the Enlightenment, the time when Smith was living here. I especially enjoyed the video about the renovation work, where you could see just how bad it was before, and it made me very thankful that they saved it! It is not normally open to the public like this, but is regularly used for talks and conferences within the Business School – which is highly appropriate, as in Smith’s day it was also a place where academics would meet to discuss their ideas, so his legacy lives in on it that sense! 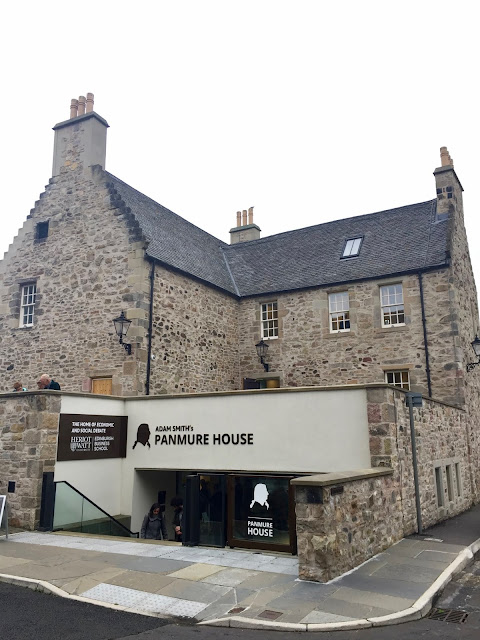 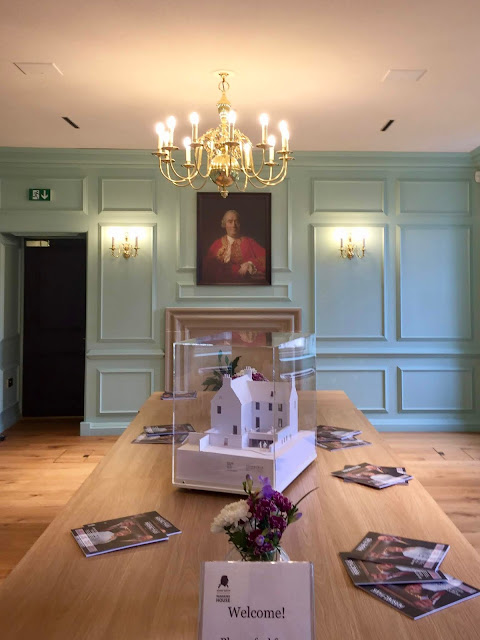 We cut over from Panmure House through New Calton Burial Ground, making our way up towards the Burns Monument, just off Regent Road. The monument is open year round, but it’s one of these places I pass by all the time but had never been inside. Like most New Town monuments, it is built in the Neoclassical style, to resemble a Grecian temple of sorts. It is a small, round building, which can hold maybe 20 or so people. Originally, there was a statue of Burns inside, and artefacts relating to his life, but these have been relocated (the statue to the Portrait Gallery, and the artefacts to the Writer’s Museum), as they were getting weather damaged. So there isn’t a huge amount to see inside, but as part of Doors Open Days, there were Burns poetry readings and song performances taking place inside. We must have spent a good 40-45 minutes here listening to them – some I recognised, some not so much – and it was just a really lovely atmosphere, especially when people started singing along. These are the little elements of Scottish culture that often get overlooked and forgotten in our busy daily lives now, so it’s nice to be reminded of them like this. 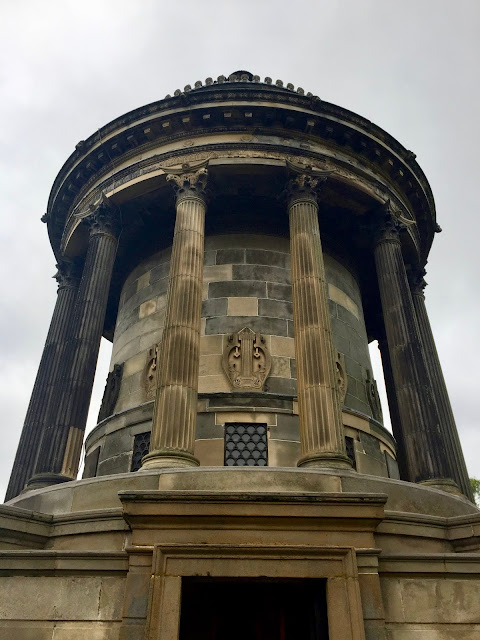 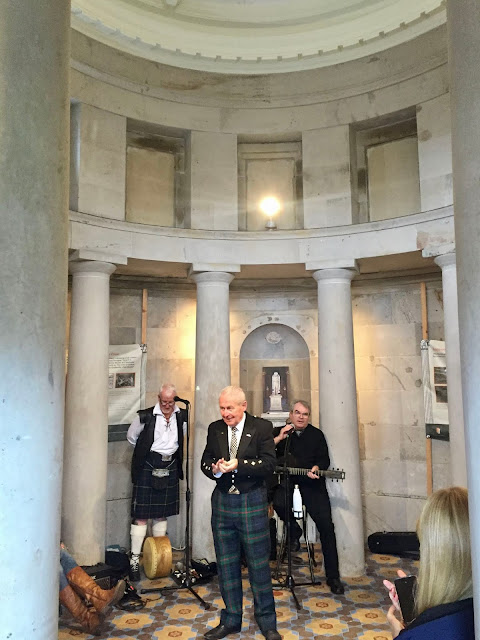 Atop Calton Hill, we went to visit the Regent, Royal, and Carlton Terrace Gardens. These are privately owned gardens, situated in the triangle of space between these streets. People can pay an annual membership to use them, but they were opened to anyone for Doors Open Days. We had limited time to see them, as we wanted to get to the City Observatory in time for their time, so we just did a quick loop inside. They’re nice enough gardens, which feel very secluded for being in the middle of the city, but we perhaps preferred Dean Gardens, which we saw last year instead. 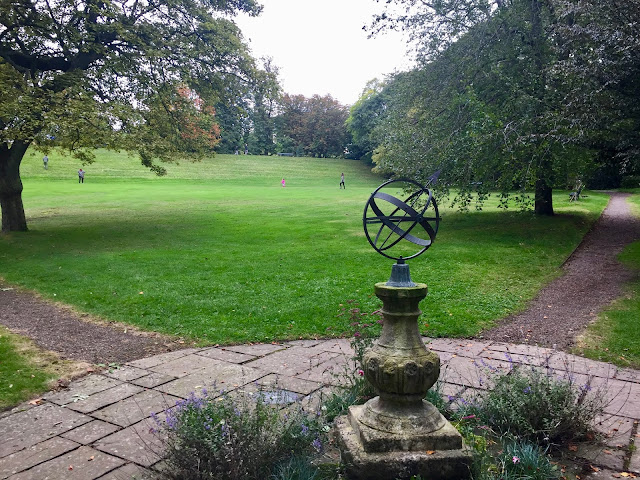 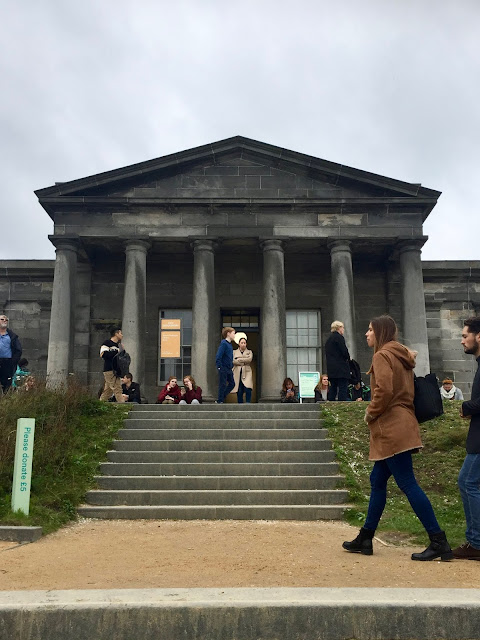 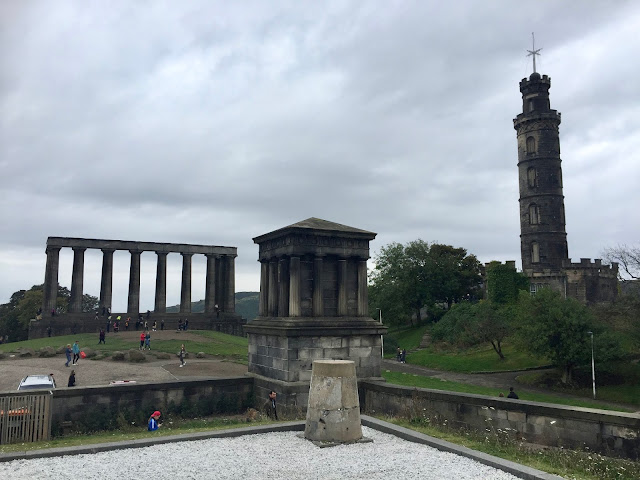 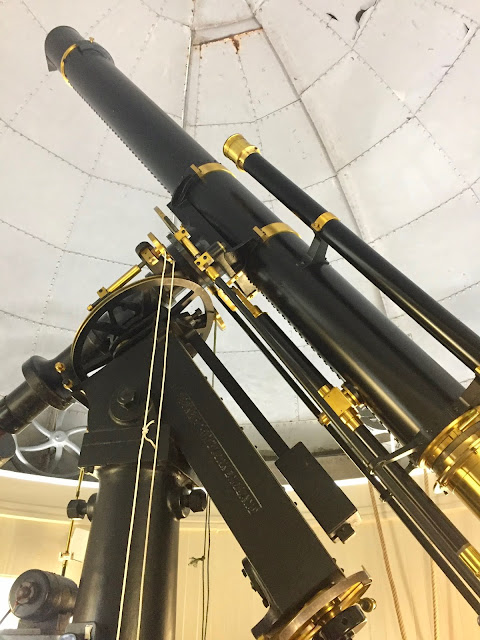 Then we legged it back around the hilltop to the City Observatory. This one is free and open all year as well, so we wanted to do the tour to learn a little more about it. It also included access to the upper dome and McEwan telescope, which are not normally open to the public, and she even showed us how the dome can still turn and open up (the telescope is in the process of being set up to operate again). The space is very small, and it was a busy tour, but I still found it very interesting – my favourite fact was that they used to have a wire up to Nelson’s Tower to drop the time ball at 1pm, then installed another wire stretching all the way over to the Castle for the One O’Clock Gun! Today it is fired manually, but it just sounded mad to me to have a 4000ft wire crossing the city like that! I was glad we made it for the tour, to see and learn things we wouldn’t have otherwise.