She’s out to save the planet, whatever it takes. That’s easier said than done, of course. She’s always known about climate change, it was taught to her in school as a child, but life got busy and it didn’t seem like a pressing issue for a while. Then, a few years ago, she watched this documentary, and it alerted her to the severity of the situation again. From there, it was a deep spiral of internet research, and the terror and panic started to set in. 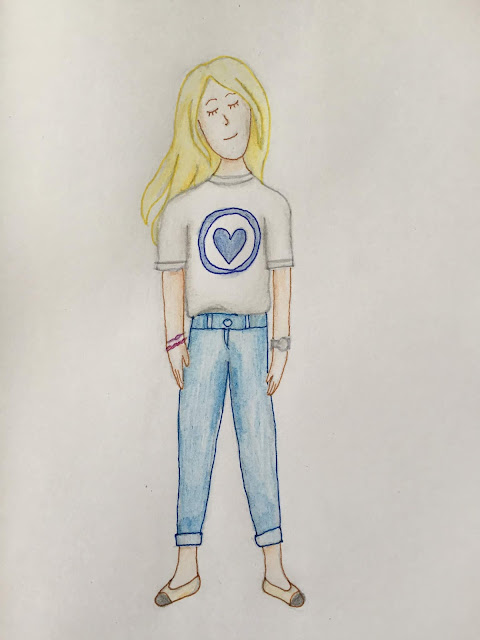 She started eating vegan and organic. She switched to using as many plastic free products as possible. She started getting her clothes from charity shops, instead of ‘fast fashion’ brands. She walks, cycles, or uses public transport as much as possible. She became far more conscious of donating, recycling, and composting, attempting to be as zero-waste as she can. Her friends thought she’d gone mad at first, as she used to be much more materialistic. They got annoyed plenty of times, when she made every decision about activities based on the carbon footprint, or got overly preachy about the whole thing. Sometimes they tuned her out, but a few of them did start to make small changes themselves, much to her delight.

She had a bit of a crisis about it when she first realised how bad things were, fearing for her future and that of the rest of the world. Then she had another months later, when it felt like all her effort was in vain. Like whatever she did only made a tiny bit of difference to a much bigger problem. She has to remind herself that she cannot do it alone, bigger organisation, companies and governments, they have to play their part. So she decided to try her best to make sure they do.

She quit her old job to work for an eco-activism group. She spends most of her time campaigning to the government to make a difference, or protesting the activities of any company contributing to the climate crisis. Her parents were furious at first, as she’d given up a pretty well-paid corporate job to do so. They were even angrier when she got arrested once at a protest. But she persisted anyway, and they soon had to accept that she wasn’t about to change her mind. She had been passionate and stubborn since childhood, just about different things, so this wasn’t entirely a surprise to them.

She still has moments of crisis. She still get scared and upset when she looks at the news and sees how much work still needs to be done, how things are still going wrong for the planet. Sometimes she feels so hopeless and disheartened about the whole thing, and wonders whether all the sacrifices she has made are even worth it.

But then she thinks about how many thousands of people probably have that outlook. Who think that the efforts of one person don’t amount to much – but if they all made that effort, that would be millions of them all working towards the same goal. And that would make a difference. So she keeps going. She keeps persevering and fighting, even when people roll their eyes at her, and tune out her pleas. She won’t give up. She can’t.