Well, 2018 is nearly over, so it’s time for my annual review type posts! I’ll be looking back at all the things I’ve done this year next week, after Christmas. For now though, I’m picking my ‘bests’ from this year, from the media I consume, to the places I’ve been and things I’ve done this year. I’m using most of the same categories as previous years, though there is one I’ve switched out. Anyways, these are my choices – let me know what your favourites are! 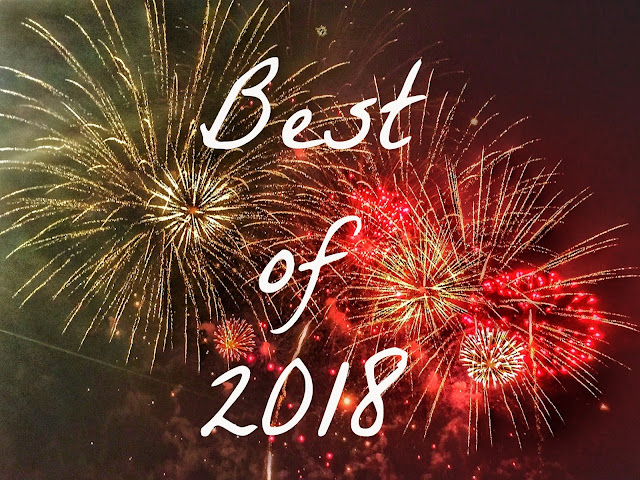 Best Album
There was a very obvious winner for this one, since my favourite band ever released their sixth album this year! You Me At Six have yet to let me down, as I’ve loved every album they’ve put out over the years. I’m obviously biased towards them anyway, but it was still easily my favourite release of the year, the aptly titled ‘VI’.
Honourable mentions: Deaf Havana – Rituals, Don Broco – Technology

Best Song
I have to stick with You Me At Six again for this one, as ‘Straight to My Head‘ from the new album is just such a great tune! Some of the music I started listening to this year was actually older releases from artists I hadn’t listened to before, so I’m only now realising I didn’t listen to much stuff actually released this year!
Honourable mentions: Deaf Havana – Holy, Circa Waves – Movies

Best Film
Hands down, it has to be ‘To All the Boys I’ve Loved Before‘! I’d listened to the audiobook a year or two again and I did enjoy that, but the film surpassed all expectations. It was sweet and funny, but also had some poignant moments. It had an air of nostalgia – like classic 80s teen movies – but is more progressive than many teen films, avoiding damaging stereotypes. Absolutely loved it, and I’m excited about the sequel news!
Honourable mentions: Lady Bird, Love Simon, The Greatest Showman, Avengers: Infinity War

Best Book Read
I read more books this year than I had the last couple so I had more choice this time! My favourite was actually ‘Girl Up’ by Laura Bates. I’ve always been a fiction reader mostly, but I’ve started to get more interested in nonfiction this year. Her book is all about ‘everyday sexism’, and it makes so many great points. It’s the sort of book I want every teenage girl to read!
Honourable mentions: ‘The Book of Dust’ by Philip Pullman, ‘P.S. I Still Love You’ by Jenny Han

Best Travel Destination
I didn’t do very much travelling at all this year! My only trip abroad was to Ireland, so that has to be my winner this year – I’m going to say specifically the Cliffs of Moher, which was such a beautiful location and definitely worth doing a day trip to from Dublin! I did explore a bit more of Edinburgh and Scotland this year as well though, which made me appreciate my own country as a travel destination a lot!
Honourable mentions: Dunnottar Castle, Roslin

Best Fringe Show
In the past I’ve just done the category below (event/festival), but I went to so many Fringe shows this year that I felt like they needed their own separate category! My favourite has to be ‘Six‘, which was a breakout hit of the festival all round. It’s a musical about Henry VIII’s six wives, and is so fun but also very empowering for women. I liked it so much, I’m seeing it again with family in Glasgow next week!
Honourable mentions: The Noise Next Door, Daniel Sloss, Tom Houghton

Best Event or Festival
I think I’m still buzzing from this one – a few weeks ago I saw You Me At Six two nights in a row at the Glasgow Barrowlands, but it’s the second night in particular that I’m choosing for this. They played their debut album, ‘Take Off Your Colours’, in full for its ten year anniversary. The whole night was a reminder of why they are still my favourite band, and why they’ve meant so much to me for all these years!
Honourable mentions: Catfish and the Bottlemen: Summer Sessions, Royal Highland Show, Holyrood Palace Garden Party, Edinburgh Cocktail Week

Best Instagram
I literally just did a tag post about Instagram this week, as it continues to be my preferred social media platform. I like a lot of the same accounts I have in previous years, so I’ve picked one that I only started following this year, which is @jamiegoesoutside. I actually found his account when he started following me, so I followed back because his photos are just so stunning! A lot are from Edinburgh, but other locations pop up too, and they just make my home feed so pretty.
Honourable mentions: @benhunter282, @xlent25, @graywoof, @crimeofrhyme

Best YouTube Channel
I haven’t watched any web series really this year – I haven’t found any good literary adaptations in a while – so I switched this to YouTube channels in general. One of my favourite creators this year has been Safiya Nygaard. I’ve watched her since her Buzzfeed days, but I love her original channel content now. It’s a little bit weird and wacky at times, when she wears ugly clothing or mixes up all her makeup, but I really enjoy her videos every time!
Honourable mentions: The Try Guys, IISuperwomanII, Cut, Jubilee

Favourite Outfit
2018 was the year of Disneybounds, and some of them definitely came out better than others in my opinion! It all depended on what was in my wardrobe! For my favourite though, I’ve chosen ‘Strangers Like Me‘, inspired by Jane from ‘Tarzan’. It’s a subtle take on her look, that isn’t too obviously a Disneybound, and I’d wear it out anytime really! I was also obsessed with that white crop top, I wore it so much this year!
Honourable mentions: Just a Kid from Brooklyn, Second Star to the Right, Friends on the Other Side

Best Blog Post of Mine
Time to dig through my Google Analytics again! My best posts each year are typically outfit posts, and usually from near the start of the year – since they obviously have more time to rack up views! This year’s fits that model exactly, as it’s ‘Be Our Guest‘, my very first Disneybound outfit back in January, based on Belle from ‘Beauty and the Beast’.