For the last few years, I’ve picked my favourite TV shows of the year at around this time of year, as it’s when many shows (particularly American shows) conclude their season. However, that doesn’t mean every show on my list is in the 22-24 episode format – this year I’ve actually found most of my choices are shorter run series, or were released all at once on Netflix, rather than weekly. That wasn’t a conscious choice, just something I noticed later on, but maybe it’s because shorter runs don’t have ‘filler’ episodes, and I’m less likely to bored halfway through, as they manage to tell a succinct, complete story in the time they have. Maybe! Anyways, here are my favourites from this year, in no particular order, and my reasons why (mild spoilers ahead if you haven’t watched earlier seasons!). 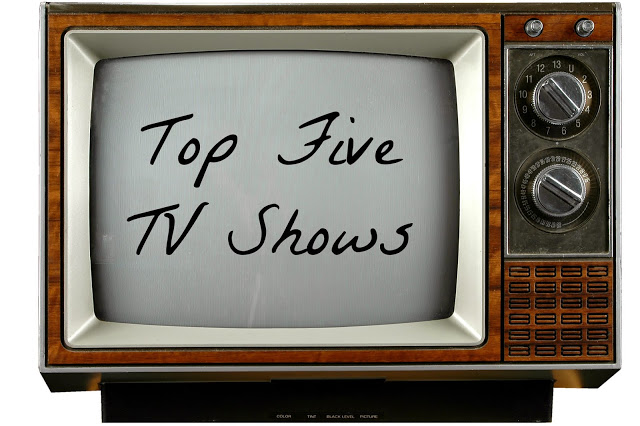 1. UnReal
I’ve been obsessed with this show since day one, and I think it’s only been left off my previous lists because it usually airs in summer, but it was on in spring this year. I love that it is over-the-top and exaggerated, and doesn’t shy away from that fact, and the drama going on amongst both the cast members and the crew behind the scenes is riveting. The scale of the drama is so extreme too, meaning that anything could happen, keeping you on edge, so it’s hard to predict how things will end I liked the switch up this year of having a Suitress, instead of a Suitor, and seeing how that changed the dynamics of everything. I also like how it explores important themes in real society, particularly gender roles and equality, giving you something more to think on than just the superficial drama. And after already seeing the promo for season four, I can’t wait for that!

2. Blindspot
I’ve enjoyed the previous seasons of this show, but this year’s seemed even better. I’m not a huge crime show watcher, but it’s the mystery of the tattoos, and the way that they are solved like riddles and puzzles that keeps me fascinated. I think what impressed me this year was how the writers managed to find a new, exciting storyline, after already resolving the mystery of Jane’s backstory last year, especially keeping the importance of the tattoos. I also loved all the storylines and focus on Roman, who I think has had a great character arc on the show. Yes, he’s the villain, but I also sympathise with him a lot, and just found all his actions so interesting.

3. Lovesick
I only discovered this show a few months ago, around the time its third season was released on Netflix, so I binged the whole thing, just in time to watch the most recent episodes. It’s a light hearted show, which makes for an easy watch, and I love the British sense of humour throughout it. I also got very attached to the characters, and I like seeing how they’ve grown and changed, as the show jumps between the present and various flashbacks. I think the writing is great too, with how they balance the flashbacks to each girl on Dylan’s list, while still progressing the present day storylines forward, and by season three the list is more or less done with, so I was impressed with how the managed to move the story on from that original premise.

4. The Royals
This show is so indulgent and glamourised and scandalous and over-the-top, and I’m obsessed. It’s so dramatic, with so many cliffhangers and plot twists that are hard to predict, so I’m always on the edge of the seat about what might happen next. It can be both hilarious and heart-wrenching at times. Things I particularly liked about this season was seeing how the characters had grown – especially how Eleanor and Liam have matured – and I like that we finally got to see Eleanor and Jasper is a healthier relationship, without all the back and forth. The overarching plot line of Robert’s actions and corruption was fascinating too, as there were so many moments when I couldn’t make up my mind about him, keeping me on edge again!

5. The End of the F***ing World
I kept seeing so much attention for this show online back at the start of 2018, so I decided to see what all the fuss was about, and was pleasantly surprised, enjoying it more than I maybe expected to. The events that take place in the series are pretty insane, and I love the British, dark humour throughout it all, yet it’s balanced out with this sweet story between James and Alyssa, which I think most viewers get really invested in. I actually can’t decide if I’d want s second series or not, because on the one hand, I wouldn’t object to seeing what happens next and resolving the cliffhanger ending, but on the other, I can see it working well as a stand alone series, and it doesn’t desperately need to be continued or resolved, particularly if a second series ended up not being as good as the first. Guess we’ll have to wait and see!

What were your favourite shows this year? Got any more recommendations for me to watch?