It’s been a few years since I’ve been to the Highland Show – mainly because I’ve been travelling, or living outside the country! – but I finally went again last week. For anyone unfamiliar with what the Highland Show is, it’s basically a huge agricultural show. I come from a farming background, and although I have no interest in making that my career, I still get excited about things like the Highland Show, and this year I was going with my family. However, even if you have nothing do to with agriculture yourself, the Highland Show is still a great day out, with something for everyone, including the food hall, craft tents, beer gardens, and plenty of animal displays and competitions to see. It runs for four days over a weekend in June. If you want to see any specific competitions, you have to make sure you go on the right day, but for just browsing, it doesn’t make a big difference when you go. 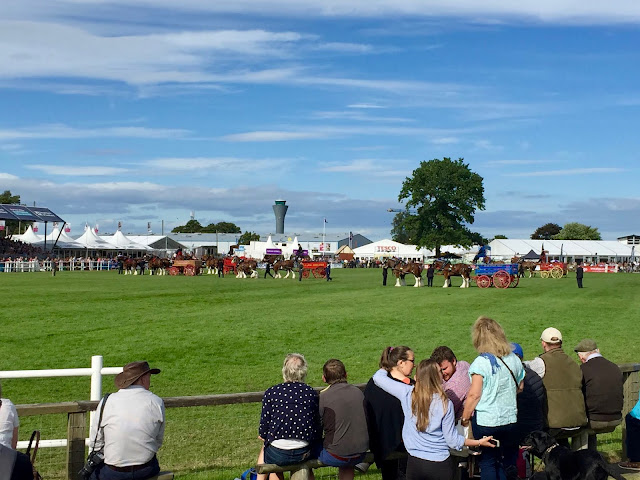 I met up with my family inside the gates, around mid-morning, and we stayed until the early evening – about 8 hours in total – which gave us loads of time to get round most of the grounds. The show is held at the Royal Agricultural Centre, a massive field near Edinburgh Airport, with special bus services operating on the weekend of the show. We started with the craft tents, which have an array of hand crafted goods available to purchase. Most of the stall holders run their own small businesses, so the show is good advertising for them, and you can always take note of them to purchase things at a later date if you’re unsure on the day. The main craft tents are clustered together in one corner, but then there’s more of them scattered around other parts of the grounds too. After that, we wandered through the agricultural area, which is retailers selling farm machinery, vehicles, and equipment. Dad was more interested in this section than I was, but it is cute when you see little kids getting to sit inside these huge machines. We made it all the way round to the forestry arena, where we stopped to watch a little of the climbing competition going on – seeing people scale these 80ft tree trunks was a little bit intimidating when you’re scared of heights, like me. I was glad to stay securely on the ground! 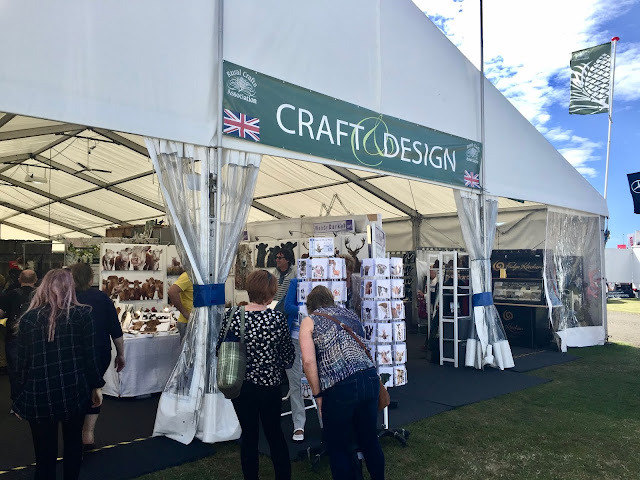 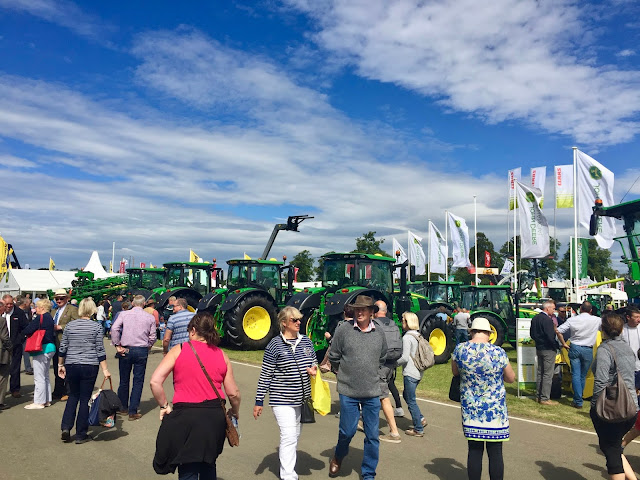 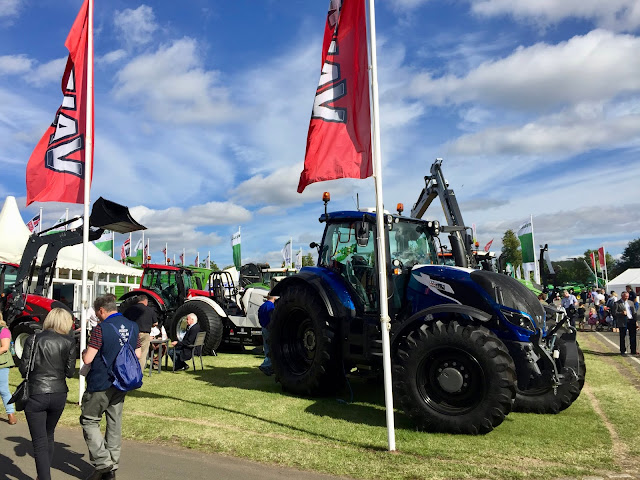 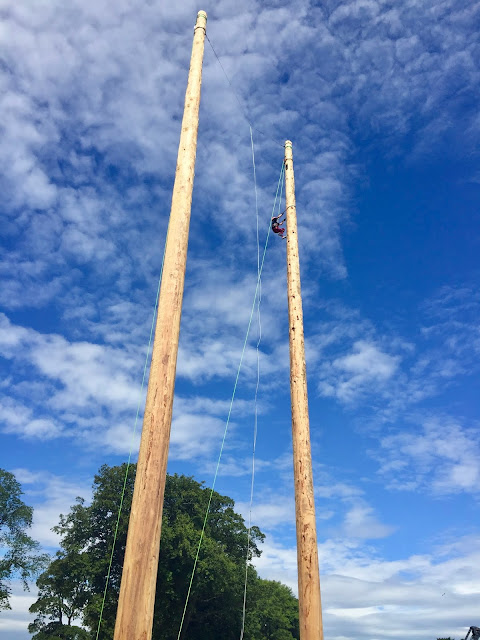 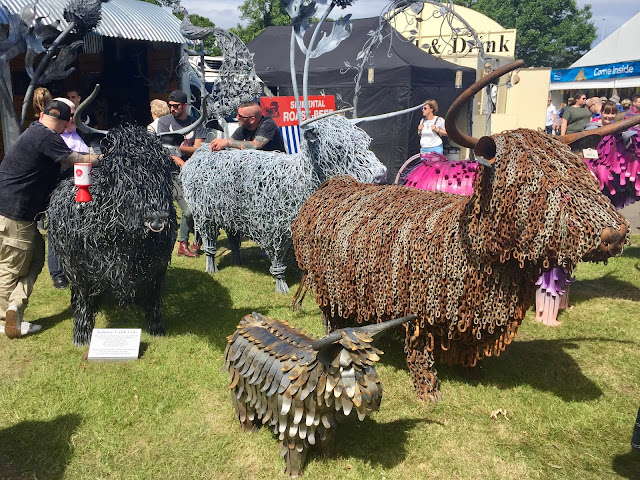 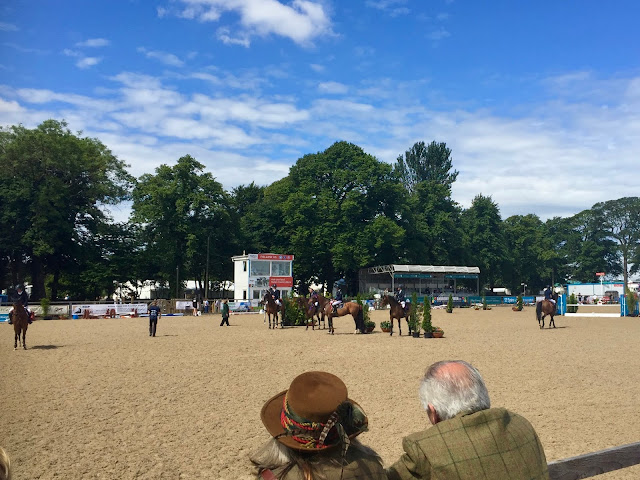 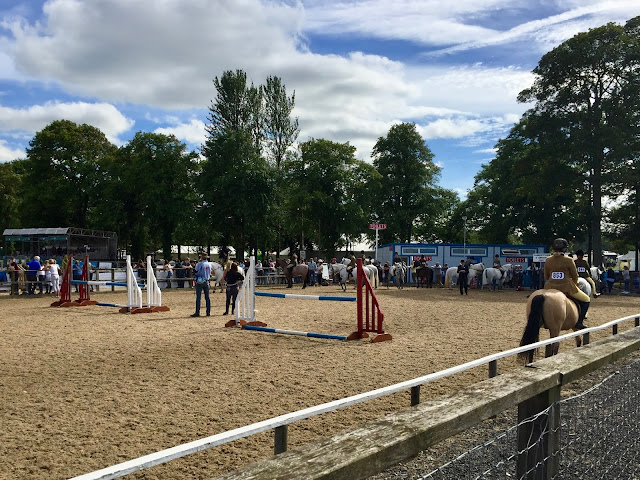 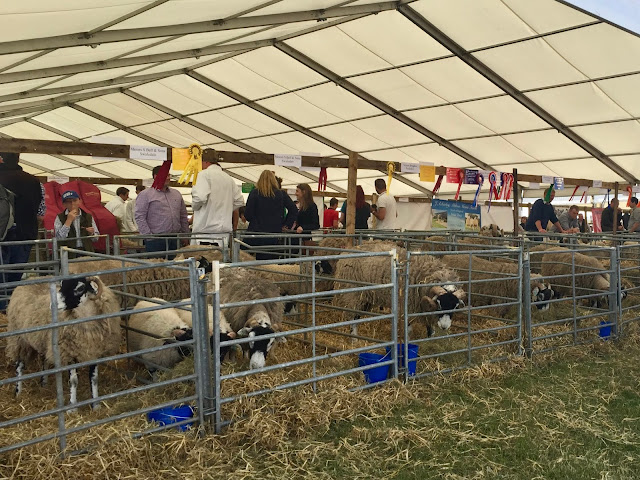 Then we went to see some of the livestock areas, passing by the equestrian rings along the way, but the showjumping competition had just finished by that point, so we continued on. Coming from a sheep farm, they’re probably the ones I’m least interested in, since I’m so used to seeing them, and I don’t have the knowledge or interest in all the different breeds and competition winners. Instead, I like seeing animals that we don’t have, especially the cuter ones! We went into the cattle hall, where I more or less made a beeline for the Highland cows. I absolutely adore them, and mum and I are forever trying to convince dad to get some, since they’re just so cute. Sheep and other cows are only really cute when they’re babies, but Highland cows always are, in my opinion! On the other side of that hall, we entered the Clydesdale horse shed. I’m not a horse person in the slightest, I don’t like them that much, but I have a soft spot for Clydesdales, mainly due to their fluffy feet, with the long hair hiding their hooves! I do also have a degree of respect for them, as they are incredibly strong, hard-working horses, who used to play a vital role in farming, before machinery came along – most of them are now used to pull carriages and such.

It was then time for us to double back to the sheep shearing stage, as this was the whole reason we had specifically come on the Friday of the show. My younger brother was competing in the shearing, for the second year in a row, but I was out of the country last year. He had entered the Junior class, and the Young Famers competition (he entered the Intermediate class too, but that was at 8.30am the following morning, so we wouldn’t be there). I’m no expert on shearing, and would likely only watch a couple of rounds if he wasn’t competing, but I found myself getting quite into it, since we were supporting him. They get marked on their speed, the numbers of mistakes they make while actually shearing, and then the sheep are checked for cuts or leftover wool, so the winners have to be fast, but mostly clean and accurate in their shearing. Last year, he only made it to the heats in each class, but this time around he got to the semi-finals of the Junior class, and the finals of the Young Farmers, walking away with a 3rd place certificate for the blackface sheep section of that one! Several of his friends were also there, so he actually got a bigger cheer than the first place winner, just because there were more of us watching! We were very proud of him though, and although he is more interested in shearing for work than contests, he was pretty pleased with his result too. This did take up a big chunk of the afternoon – we were there for about three hours in total – but we still had time after to see a few other areas of the show ground. 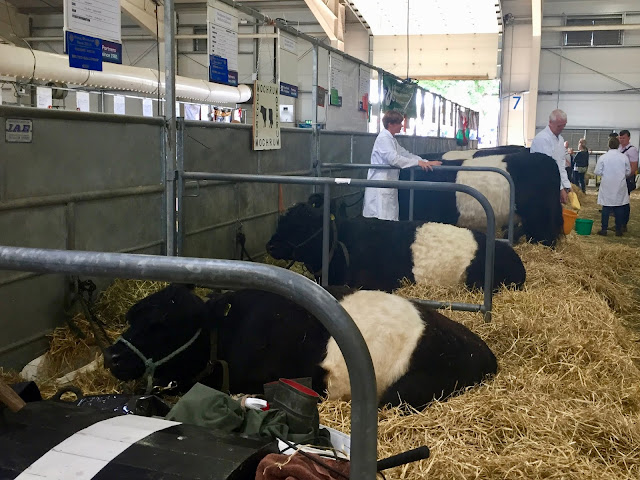 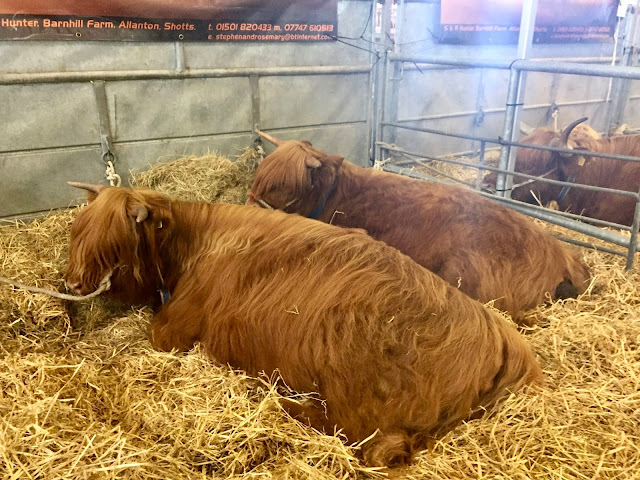 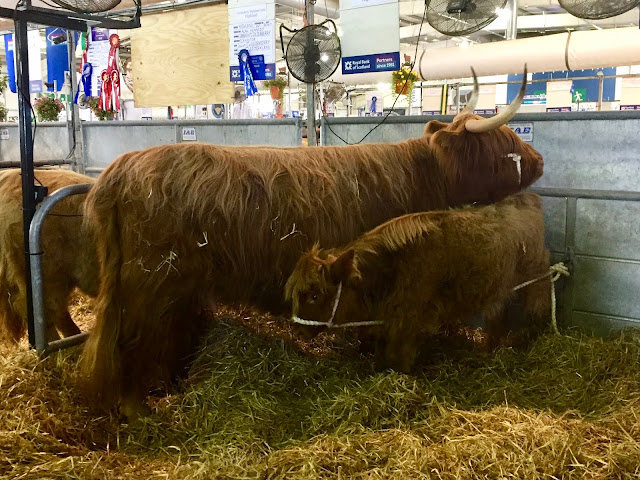 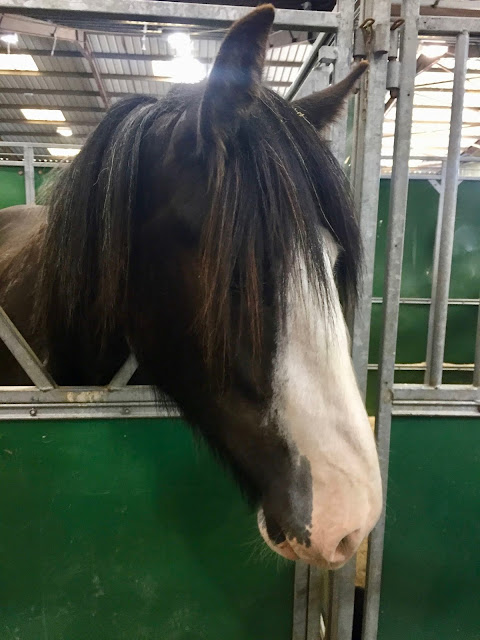 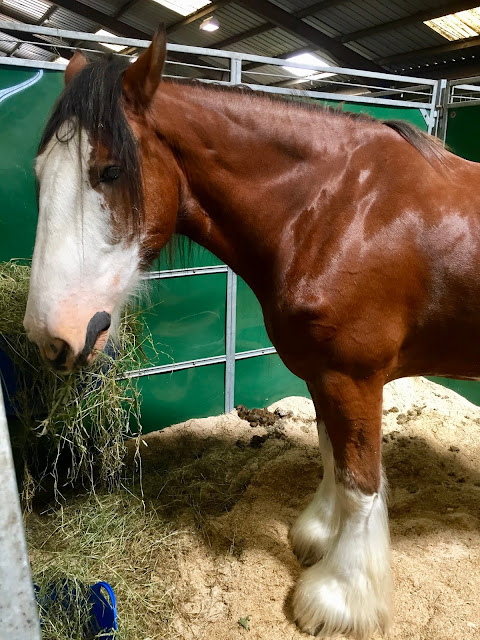 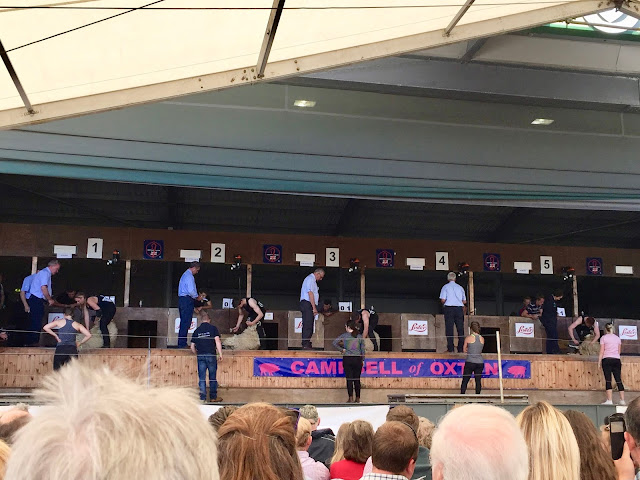 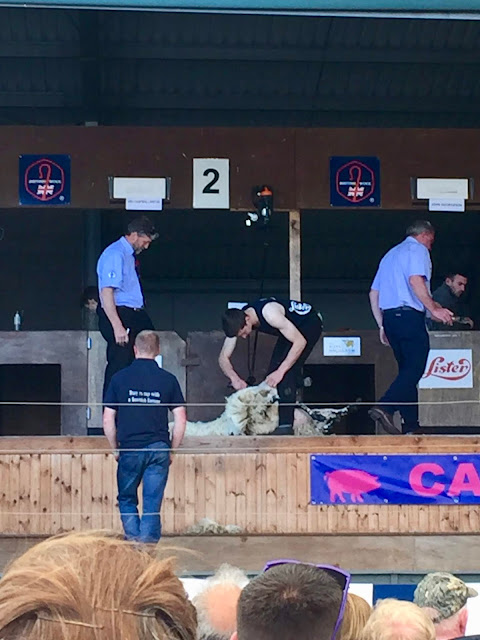 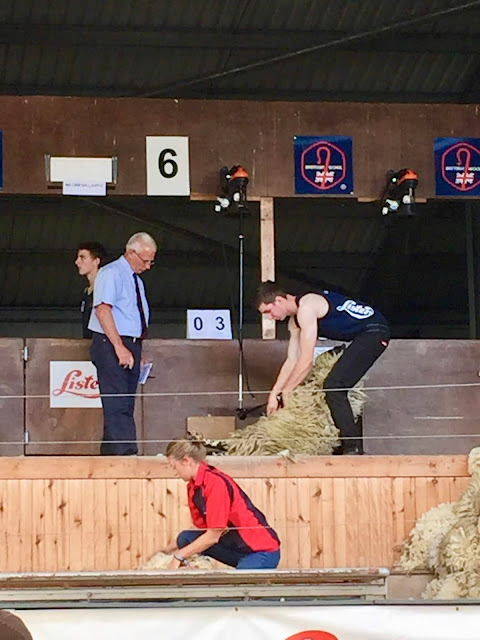 We made a beeline over to the countryside area after that, because I was adamant I wanted to see the goats! The country area is a really nice part to check out, a little more open space than the rest of the grounds, and they have poultry, ducks, and bees, and other sorts of animals. We didn’t quite have time to see all of these, but I did get to see the goats, which are so cute – maybe my second favourites after the Highland cows. There was also a tent next to them with rare breeds inside, including several pigs, which I had yet to see that day, as well as sheep, ducks, and chickens. We also caught the end of the birds of prey show next to the goat tent. The demonstrator was showing off his last two birds, a pair of gigantic sea eagles with astonishing wing spans. He explained that he can’t let the male fly out the arena, because he’s able to keep flying for hours, possibly refusing to come down from any perch he finds, and the demonstrator would have to wait ages to retrieve him later. The female did a few loops around the sky though, and was especially funny when she landed with a wobble each time.

We then walked back through the agricultural area to finish up with a visit to the food hall, ‘Scotland’s Larder’, the other place I’d been adamantly insisting I wanted to go to. Like the craft tents, there are dozens of retailers inside, offering items to buy, and advertising their businesses at the same time. There didn’t seem to be as much diversity as I’ve seen in the past – there were a lot of stalls selling cheese, fudge, or gin, all big exports for Scotland, but I can only try so many free cheese samples before I’ll start to feel ill! That’s the main reason I like the food hall, for all the free samples, which resulted in me getting a bit hyped up on cheese and sugar! You could also probably get pretty tipsy on gin and whisky samples too, but I didn’t have as many of those. My parents did buy a few unusual cheese varieties, and we cut off parts of them for me to keep too, so now I’ve got whisky & ginger, and onion & Rioja flavours in my fridge, both delicious! We then had just enough time to look at some more craft type stalls in the 13th Avenue Arcade next door, before we had to leave to make our dinner reservations back in Edinburgh on time. 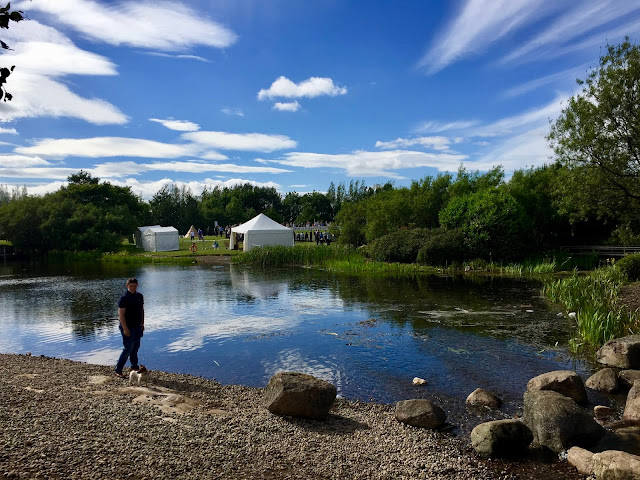 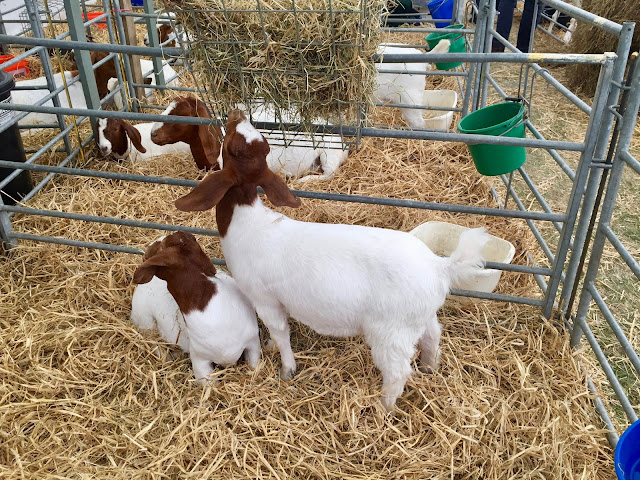 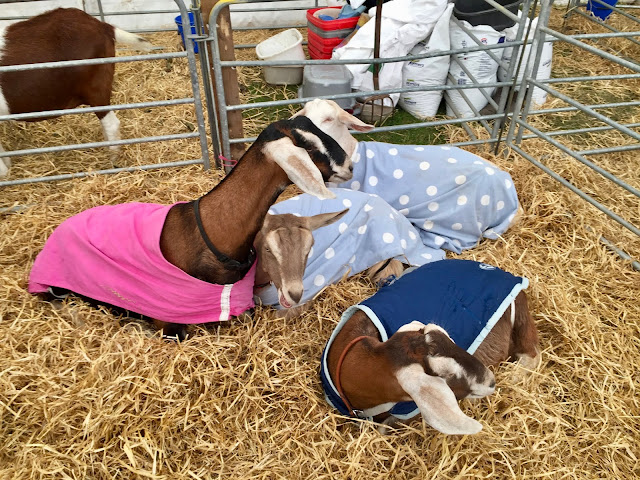 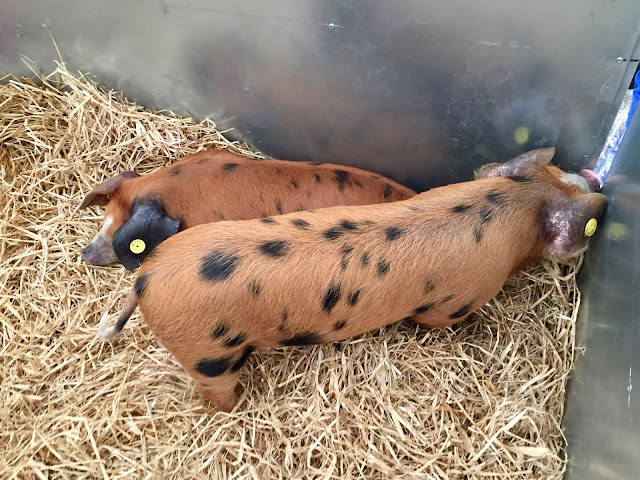 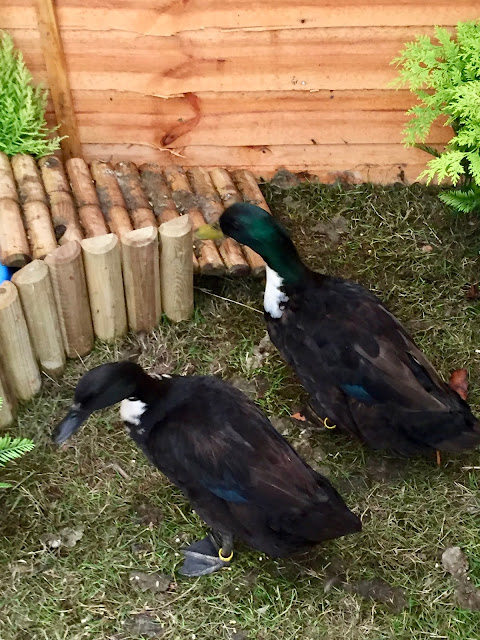 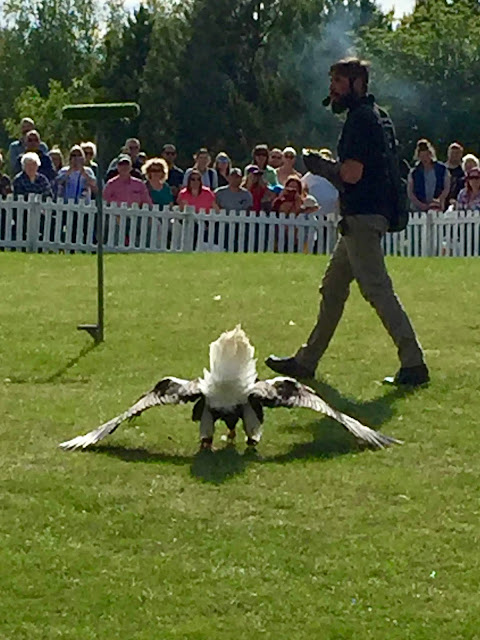 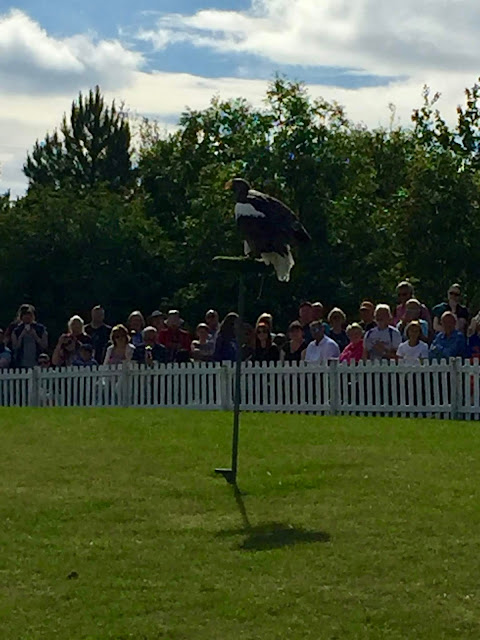 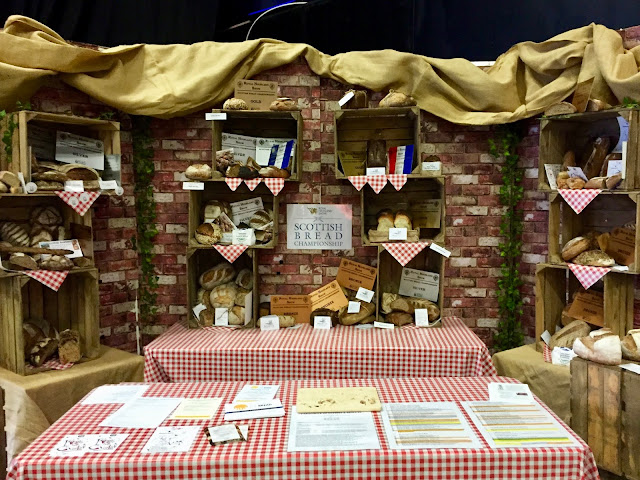 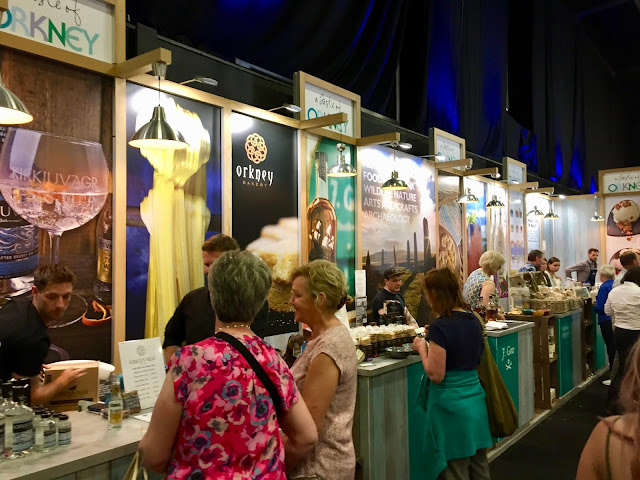 I really enjoyed the whole day out, and we had excellent weather for it too, which is always a bonus – it’s far less fun tramping around a field in the rain. I’m glad I got the chance to go again, since it has been several years, and I enjoyed it just as much as I remembered. There’s obviously a degree of excitement I get just about being around agricultural things again – as I said, it’s not going to be my career and I’m not massively knowledgable about it, but it is what I grew up with, and reminds me of home and country life. But I also like all the other areas too, and I do think that the show is a fun day out for anyone, regardless of your knowledge or experience of agriculture, as you can still watch, participate, and enjoy in everything they have to offer there. Until next year!