Ok, let’s start off with a very, very brief recap of the last couple years. Graduated university in 2015, moved to Hong Kong for a year, moved to South Korea, didn’t enjoy it and moved back to Hong Kong, travelled for 2 months, moved back to the UK. Everyone keep up with that? Good. Now, the moving back to the UK thing happened over 2 months ago, so, what have I been doing since then, I hear you cry? Well, actually no, I don’t hear you cry, but I’m going to pretend people might be interested in my life, for my ego’s sake! 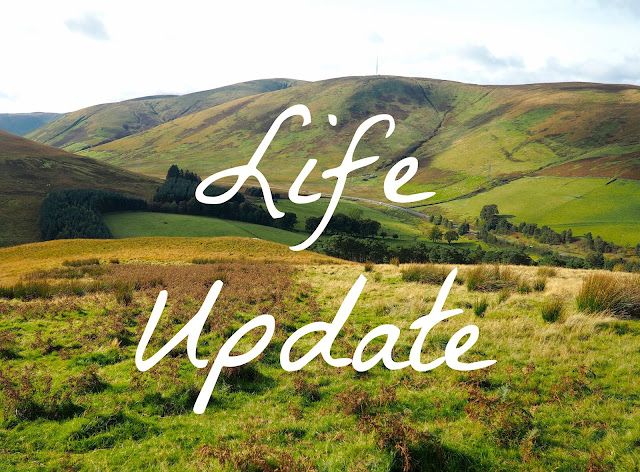 Honestly, the first few months back weren’t that exciting – if you read my ‘Day in the Life of Unemployment‘, you’ll get a pretty good idea of what y day-to-day was like. Job hunting is tough in the UK these days, especially when I was no longer applying for teaching jobs – I taught abroad as a way to travel, but concluded it’s not my career path – meaning I had very little experience in most of the jobs I was applying for. And yes, I have a degree, but that doesn’t necessarily count for much when it isn’t a degree for a specific job, and I still lack relevant experience. I did use that free time to take a trip to Berlin, and have a weekend in Aberdeen, but otherwise it was just endless scrolling through job listings, sending emails, and going on interviews only to still get rejected.

But if that’s all this update was, it’d be a pretty dull post – nope, rejoice guys, I am employed again! Well, I don’t know how much rejoicing there is to be done, as I’m not just working, I’m working all the damn time. Basically, I suddenly got several job offers in the space of a week or two, so I had to rule out the ones I was less interested in – including a casual zero hours job, and one that clashed in competition with another I wanted to take. I didn’t rule everything out though, as none of them could guarantee me a full 40 hours a week contract – some had up to that many, but not guaranteed. So, I’ve actually been working three different jobs over the last couple of weeks – waitressing in a hotel, waitressing & bar work at functions around the city, and leading pub crawls & co-ordinating meeting points for a walking tour company. I can control my shifts at the functions, to an extent, but as this is a busy time fo year, I need to take as much work as possible while it’s available, and they’re often requesting a lot of staff. None of these are particularly exciting, and don’t exactly make use of my degree or other skills (like my writing, or the fact I’ve been a manager before), but I’ll take what I can get for now!

Things aren’t staying like this for long though – I was working breakfast shifts in the hotel, and late nights at functions or pub crawls, leaving me with little sleep and in danger of burning out! So I’m leaving the hotel shortly, and taking on more hours at the other two jobs as much as I can. I need the hours to be earning, but not if it leaves me exhausted and floored all the time, so I have to balance it all carefully! I’m also flat hunting when I’m not working, as these jobs are all in Edinburgh, and I’m currently staying with a family friend. I’m just looking for a room in a shared flat, but competition is tough for that too and it’s taking longer than I thought!

Is this my long term plan? Well, I don’t have a long term plan, so it’s hard to say! I still don’t know what I want to do career-wise; the tour companies are certainly of more interest to me than waitressing, but I’ll have to wait and see if they lead anywhere beyond my current roles. I certainly want a better job eventually, but it’s hard to start a ‘career’ of any sort when you don’t know what you want that career to be! I also want to stick around in Edinburgh for a while at least, but it’s possible I might choose to go abroad again in a year or two, in which case I just need to work to save money as top priority. As I said to a friend the other night, my blog name definitely stills hold true these days, as I continue to muddle my way through it all somehow!