Last year I visited several of Hong Kong’s major parks, including Hong Kong, Kowloon and Victoria Parks, but someone the Walled City Park skipped my radar, as I’d forgotten all about it until a friend mentioned it recently. And seeing as I’m trying to find other areas of Hong Kong to explore, it seemed like it would be worth a visit. I went last weekend, just for a couple of hours wandering around in the sunny weather we were experiencing. There’s a walk involved to get there, whether you take a bus or the MTR – I opted for the latter, getting off at Lok Fu, then walking about 15 minutes to the park itself. 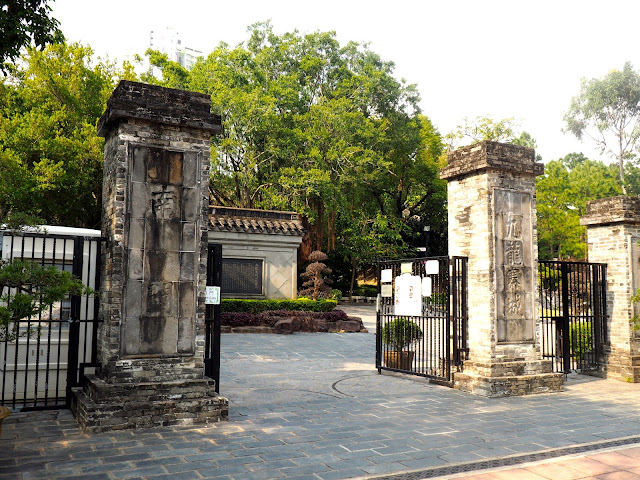 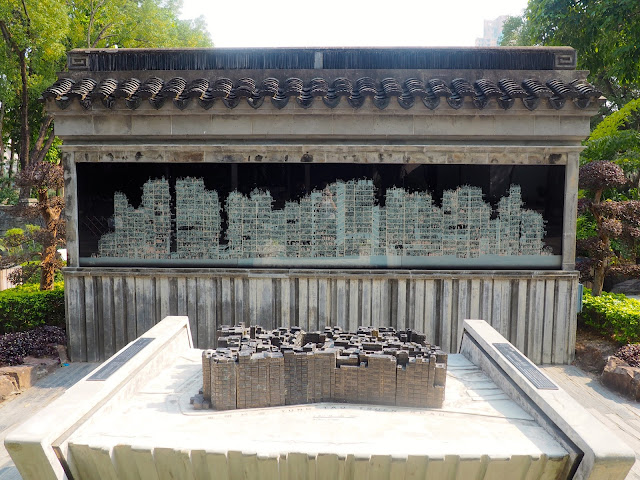 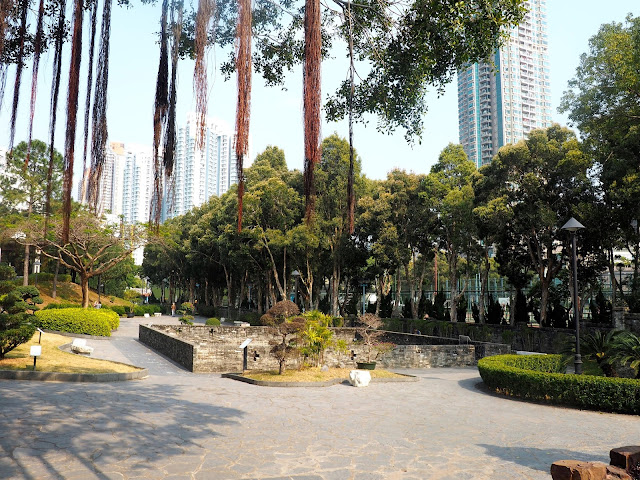 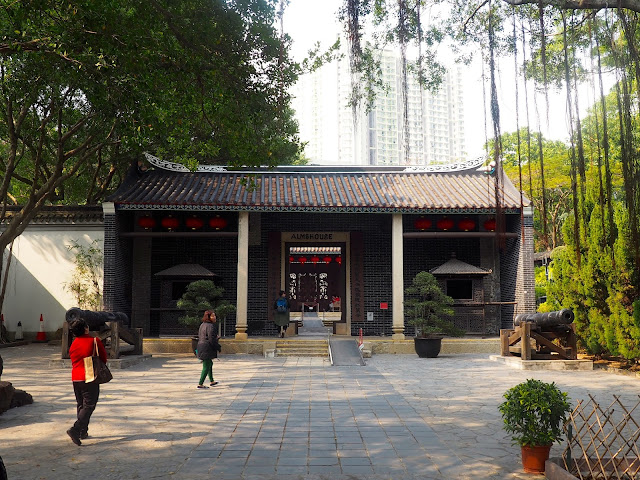 The Walled City park is actually surrounded by a bigger park, Carpenter Road Park, which is quite notable for its cycling path, as there aren’t too many of those around in Hong Kong, as far as I’ve noticed. It’s full of winding paths, play areas, pavilions, benches and grassy areas – all as you’d expect from a park! It’s certainly a nice area, but noting remarkable as parks go, though I was a fan of these unusual rock formations, with steps going up them, which were quite a fun and different sort of feature (last photo). The really interesting part is when you reach the gates to Kowloon Walled City Park. 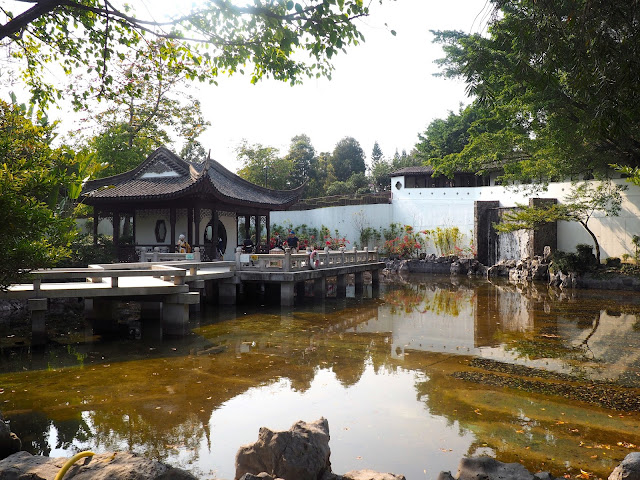 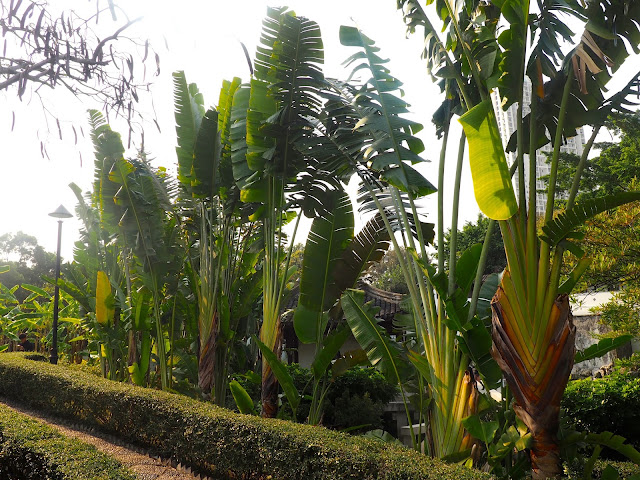 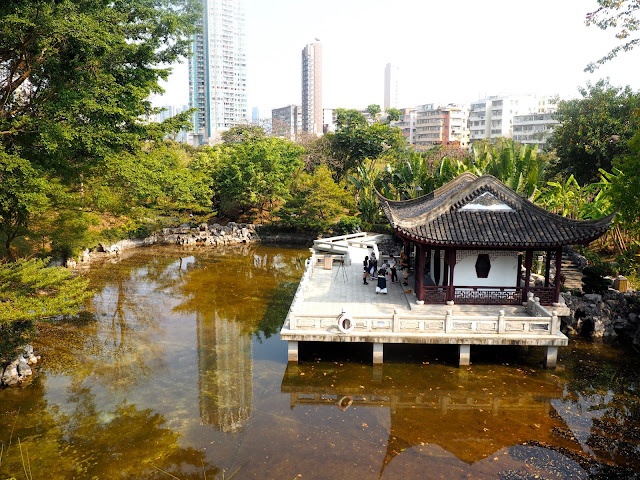 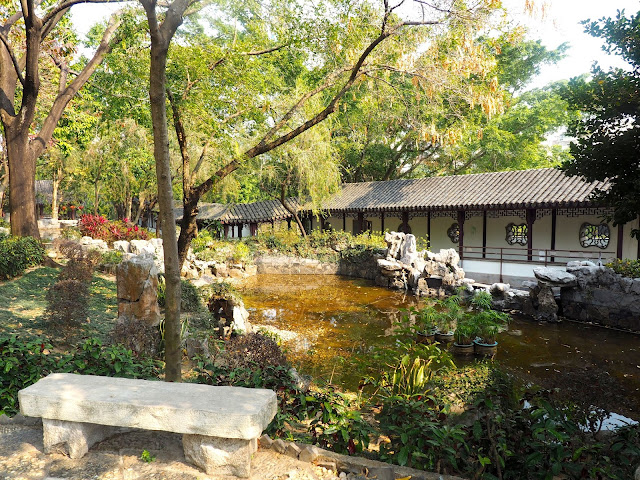 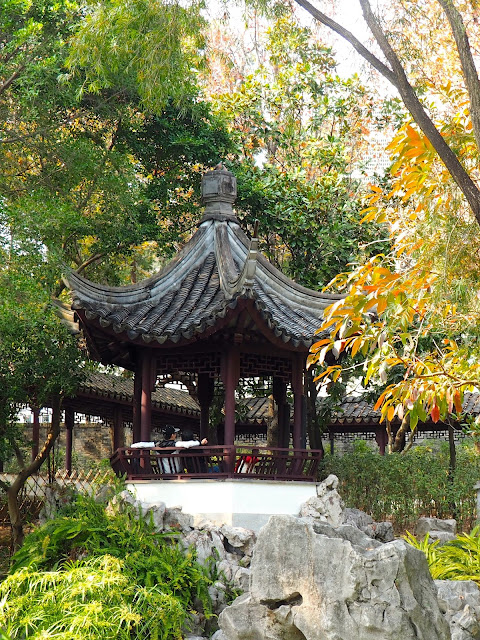 It’s the history of this park that makes it worthwhile visiting. It used to be the site of Kowloon Walled City, which was the most densely populated place on earth (an honour which was since transferred to Mongkok, another area of Hong Kong just minutes away, and where I used to live!). The City originally built as a military fort, before becoming an enclave during the time Hong Kong was a British territory. The walls were demolished during the Japanese occupation in WWII, and at this time, the population of the City had rocketed to over 33,000 people living in an area of just 6.4 acres, including thousands of squatters, who poured in after the City was reclaimed as a Chinese territory. The British government struggled to police the City, eventually adopting a hands-off policy altogether, resulting in local triads taking control and the City became a crime haven. During the 60s and 70s, drugs, illegal gambling and prostitution flourished here, and new buildings were constructed, taking the City up to 300 in total. 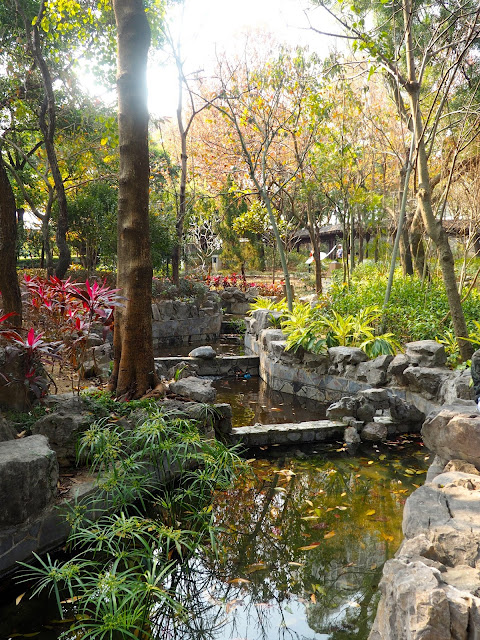 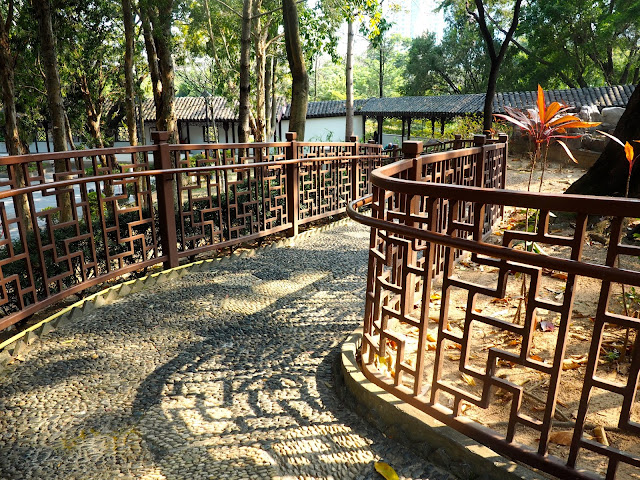 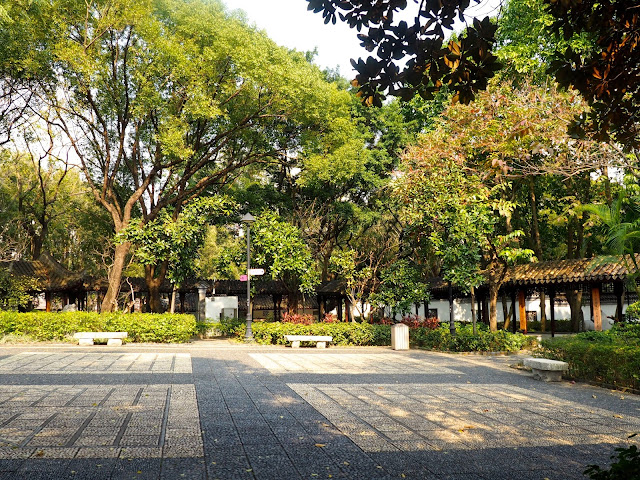 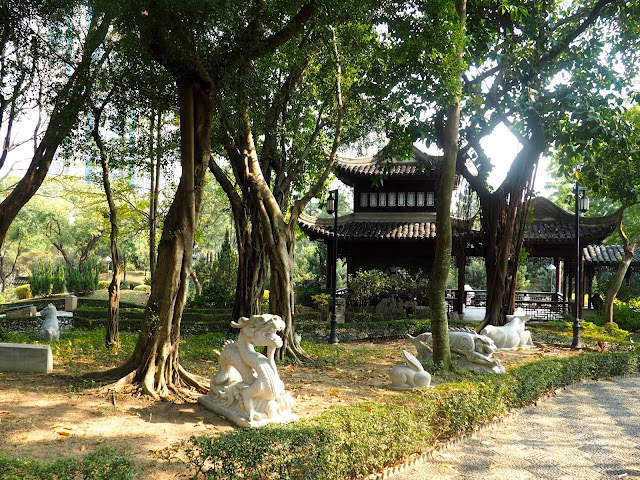 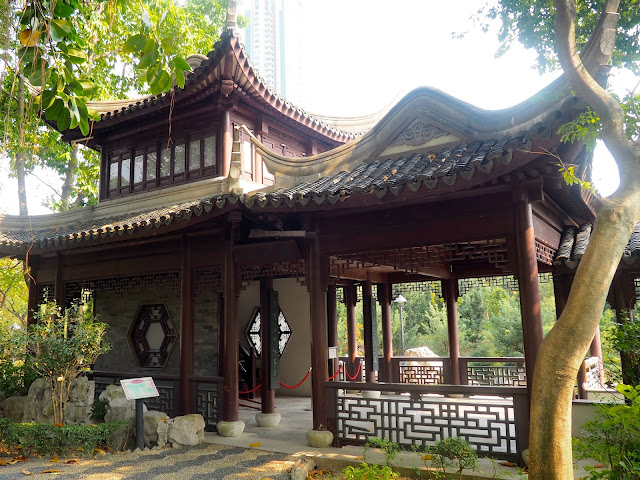 Eventually, the Chinese and British governments decided that the City could not continue in this way, even though the majority of its residents took no part in the crime. They reached the decision to demolish the City and replace with the park that stands today. The residents were compensated, as they were forced to find new homes, though some had to forcibly evicted in the end. The City was demolished in 1993, and the Park opened in 1995. There is a miniature version of the City, and an engraved picture of it just inside the Park gates, which gives you an idea of how packed in the buildings were at that time. It’s quite crazy to think about it! Opposite that is the Yamen, the only remaining building from the City, formerly offices and then an almshouse. 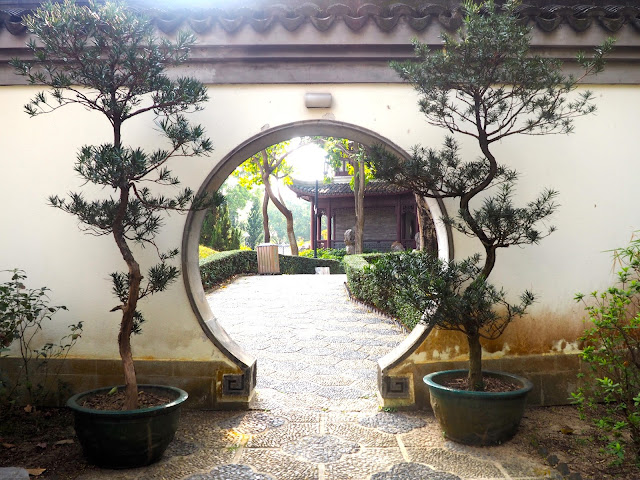 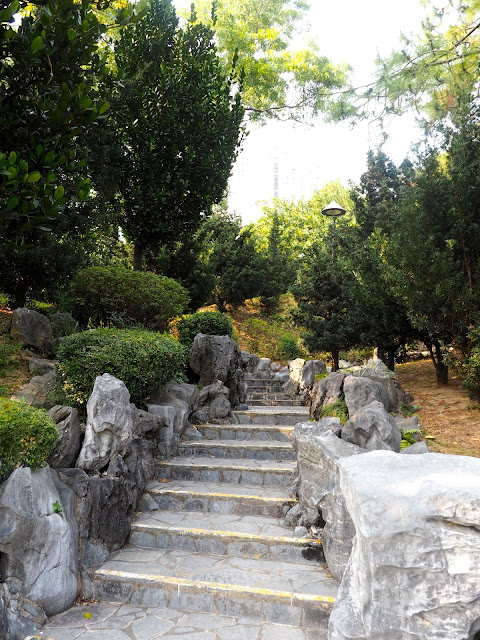 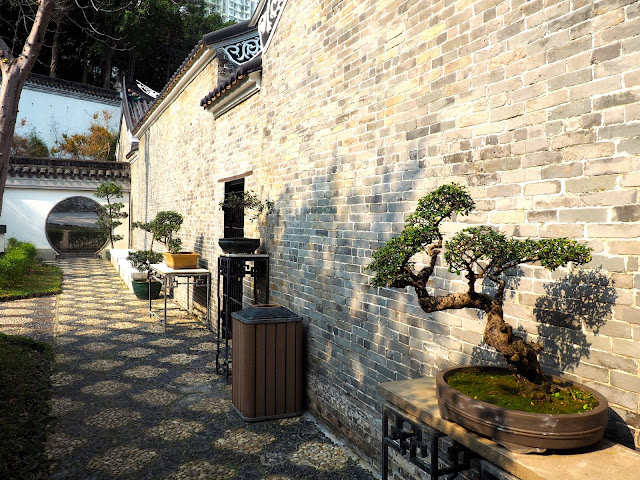 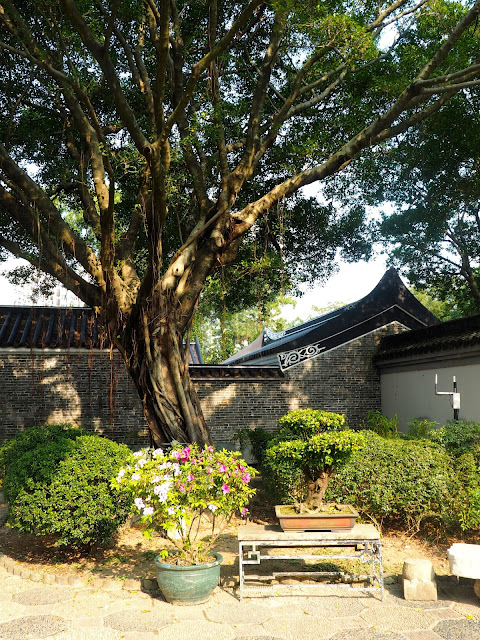 The Park itself is definitely one of the nicest I’ve been to, with lots of interesting features. The Chinese Zodiac Garden, with its twelve white statues of the zodiac animals was a favourite of mine. There are several pavilions throughout, such as the grander Mountain View Pavilion, and the small, almost cute Yuk Tong Pavilion. However, the most notable is probably the Lung Man pavilion, beside the pond, which can be photographed from the covered walkway overlooking it, and where there seemed to be some sort of filming taking place that day, with several people in costumes enacting fight sequences. Many of the small buildings and walls throughout feature those iconic circular entrances, which are great for photographing. There are covered walkways too, and various themed floral walkways around the park. There’s a large open square, which I didn’t think much of it at the time, but later discovered is the Chess Garden, with four large boards inlaid on the ground. I also really liked the garden full of little bonsai trees and paved ground. 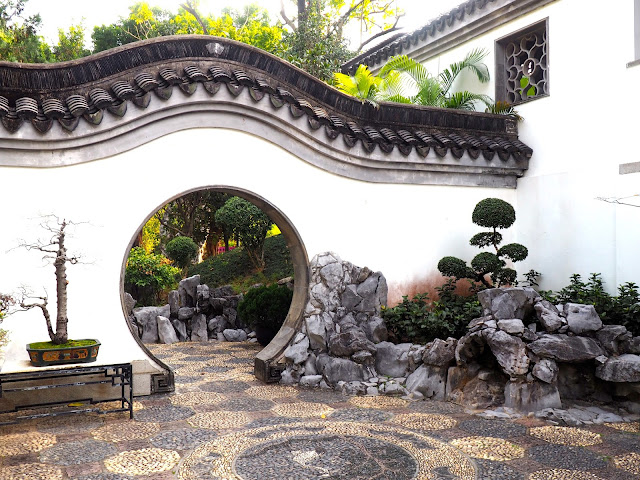 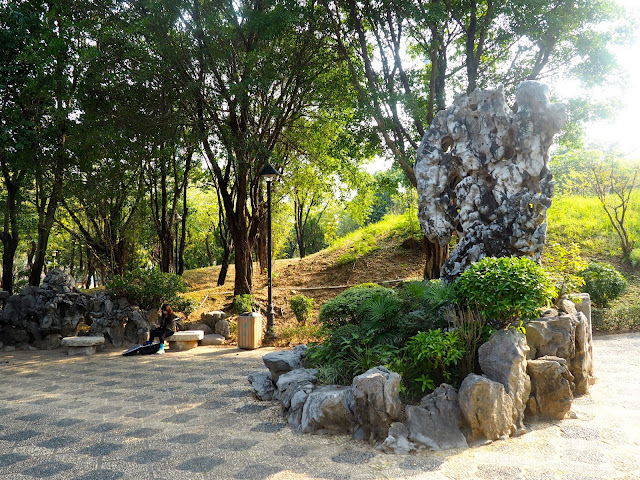 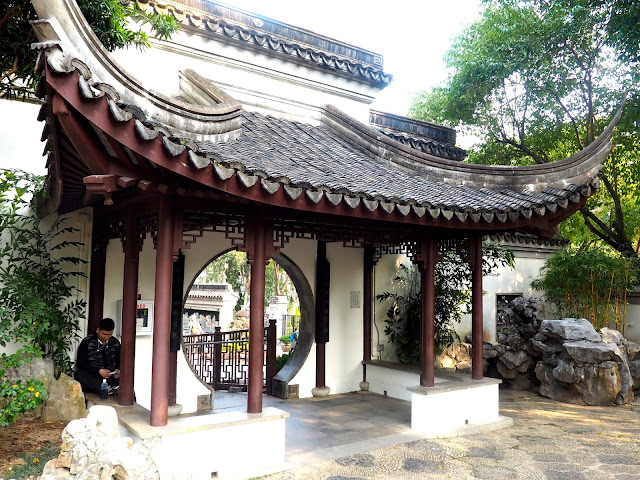 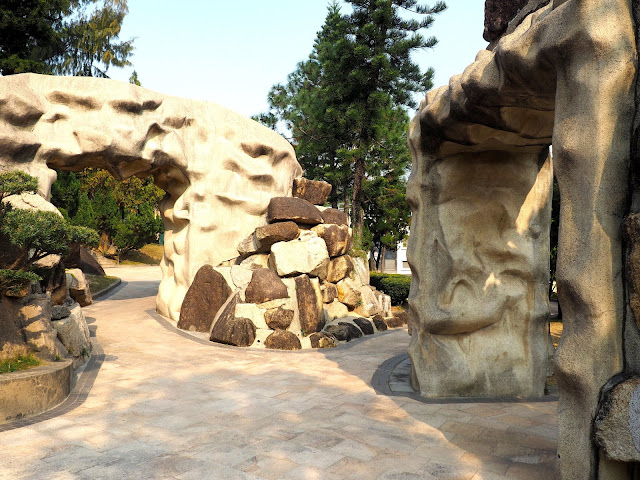 All in all, its certainly worth an afternoon outing. My only complaint was there didn’t seem to be much in the park to tell you about its history. All the information I included here was researched myself online, and without that, the park’s significance can go unnoticed. I definitely liked that there are some remnants and indications of the City that once was, to remind you of the dense, gritty, crime haven that used to be there – a far cry from the beautiful, peaceful park that’s there today! It certainly seems fitting though, to find such a place in Hong Kong, a city of endless contrasts.