So anyone who follows me on Instagram may have seen that I posted the below picture on Valentine’s Day this week. This was my attempt at a little joke, since I’m single and don’t have anything cute to post. There’s no way around it – this is a photo of a dick-shaped rock. This isn’t just some rock I happened upon though, this is a place in Hong Kong which many people go to visit. It’s called Lovers’ Rock, and people come here to pray for fertility, a lover, good relationships and the like. I stress, this is not why I visited; I just wanted a giggle at it and the photo to post! There is a bit of a walk involved in getting to it though, so it made for a nice afternoon out. 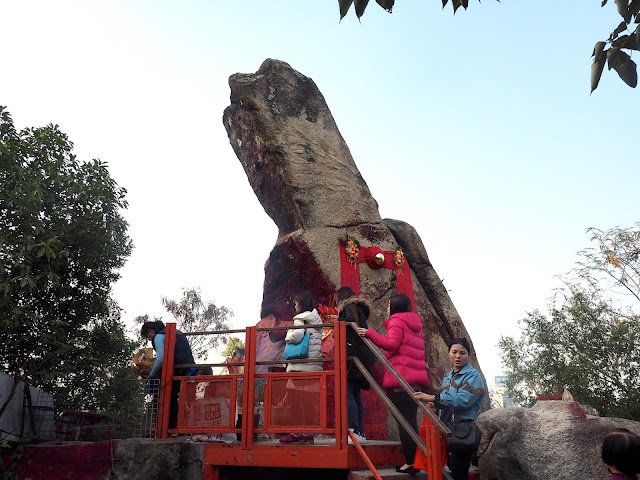 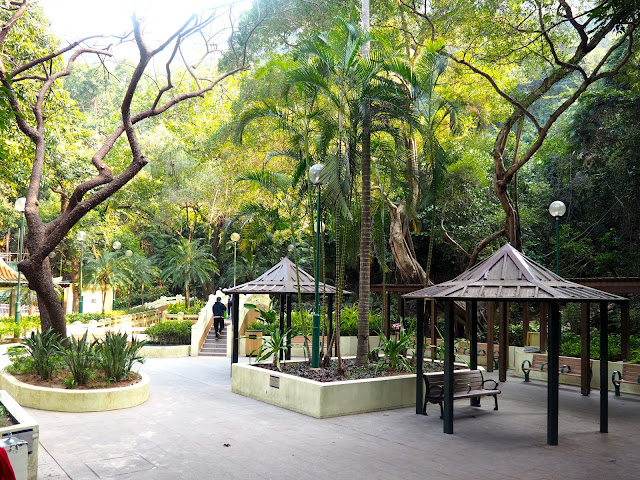 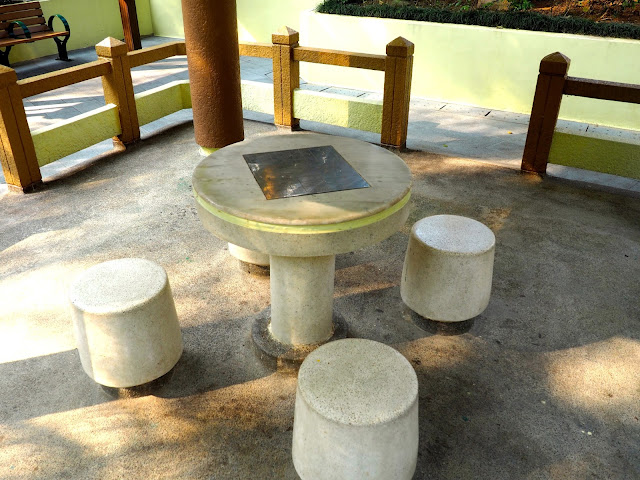 My route of choice was to take the number 15 bus from Admiralty to the start of Wan Chai Gap Road, and walk downhill the whole time – you can of course do this in reverse and walk up. The trail is concrete paths the whole time, so it’s nothing too difficult, though the incline was quite steep for the first section. The path here goes through a forest, so it was nice to be amongst greenery again, but it’s pretty similar to the majority of walking trails in Hong Kong. After a while, I reached a junction, which is pictured here. There’s a little sitting out area too, with benches and one of these gaming tables that’s normally surrounded by old men, but was empty that day. At this point, I took the path to my right, on to Bowen Road. There’s signs pointing to Lovers’ Rock too, so it’s easy enough to know which direction to take. There’s several points where the foliage opens up along the way, to offer views over Wan Chai and towards the Harbour. I did miss the turning for the Rock while walking along this road, but got far enough along to get a great view over the Happy Valley racecourse. I realised my mistake at this point though, and checked the map to see that yes, I needed to double back on myself now. 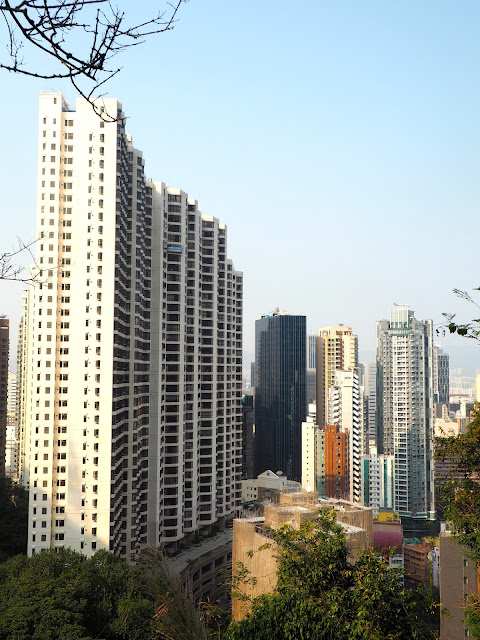 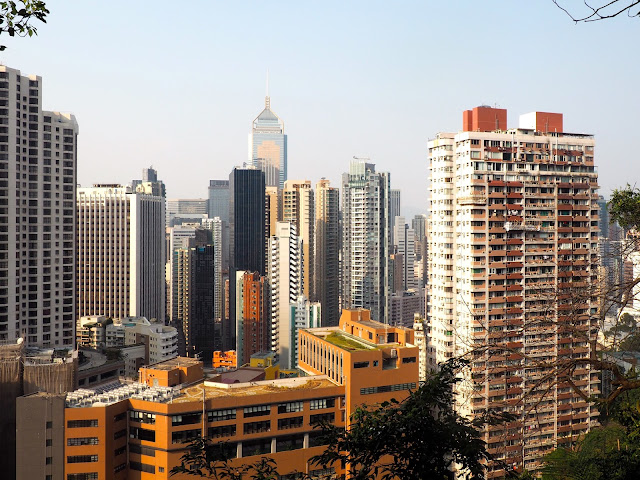 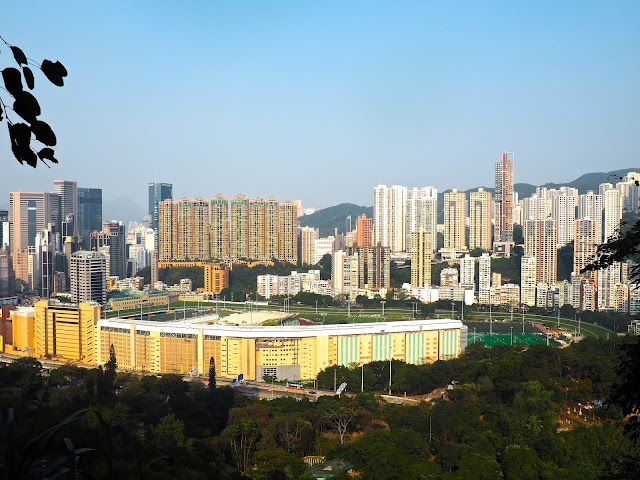 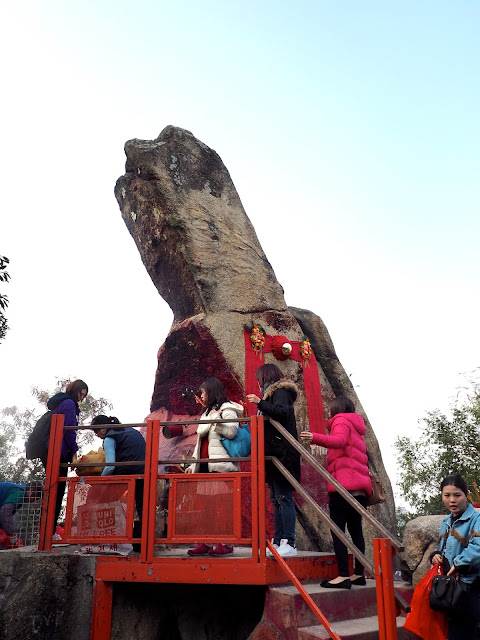 I’ve included a photo of the stairs up to the Lovers’ Rock here, so others can hopefully avoid my mistake! There’s a lot of steps up to it actually, which I didn’t know about, and they were lined with a long queue of people, who seemed to be waiting to pray at a shrine below the rock, if the amount of incense and papers around were anything to go by. Given that it was the weekend before Valentine’s Day, which is quite a big deal here (teachers at my work were handing out chocolates to us on the day), it perhaps shouldn’t have been that surprising. Anyway, it only took a few minutes to reach the top, and there it was, in all its phallic glory. I wish I knew which person discovered this rock and decided to start using it for such prayers. There’s even a little set of stairs up to get closer to it, where people were saying their prayers. The rock is adorned with decorations too, to highlight its significance. I only stayed long enough to snap my photos and try different angles, as there isn’t anything else to see or do up there, before descending the stairs again. 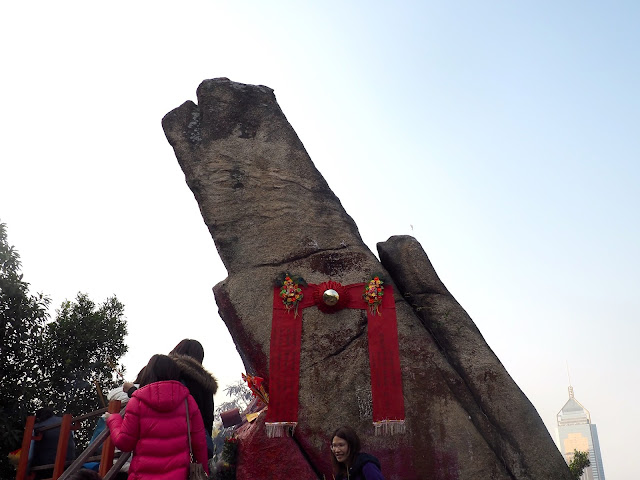 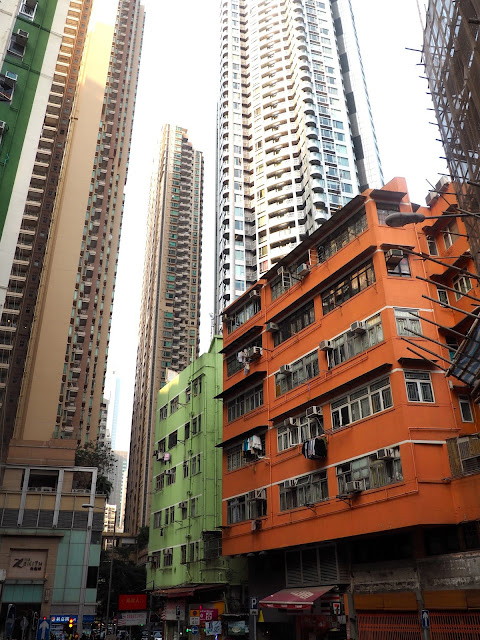 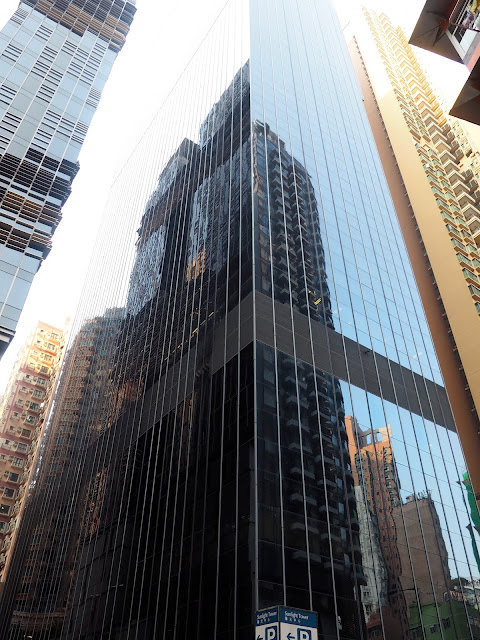 At this point, I continued going back on myself following Bowen Road back to the junction with the sitting out area, and then turned right (straight across from the first path I came down) to rejoin Wan Chai Gap Road, and descend back into the city. It’s a short walk through more leafy forest until I reached main roads again, and found my way down to the closest MTR station. I did wander through some Wan Chai streets I hadn’t been through before, which seemed to be particularly colourful in that area. I had hoped to see the Blue House along the way, which houses a museum, but I just wanted a photo of its bright, cheery exterior, but unfortunately it’s being renovated and was covered in scaffolding. Oh well! All in all, it was a good way to get for a few hours of the afternoon, and get some walking in. It definitely wasn’t long or strenuous enough to call it a hike, but it was some exercise outdoors. It was also another part of Hong Kong I never visited last year, so it’s nice to know that the city still has places for me to explore. And I got to see a funny shaped rock!