Hong Kong has several museums dotted throughout the city, several of which can be found in Tsim Sha Tsui, and when it’s a rainy afternoon – as it is more and more often these days – they’re a pretty good way to while away a few hours. I bought the Museum Pass back in September, which is a mere $100 (around £9) for entrance to the seven main museums for a year, and while I haven’t visited them all yet, the History Museum stands out as my favourite so far. Topics like science and space are the same facts no matter where you are in the world, but the History Museum is unique to Hong Kong, as it tells the city’s story. I actually visited a few months ago, but never got around to writing about it, so some of the details might be a little fuzzy now! Anyway, I can go either way when it comes to history, as some of the stories fascinate me, while others are tedious, and I never had a head for dates (despite being good with numbers in every other format!), so history museums aren’t always my first choice, especially when there’s the option to play silly science games in the Science Museum right across the courtyard… But I wanted to know more about the city I live in, so the History Museum was definitely a good place to go. 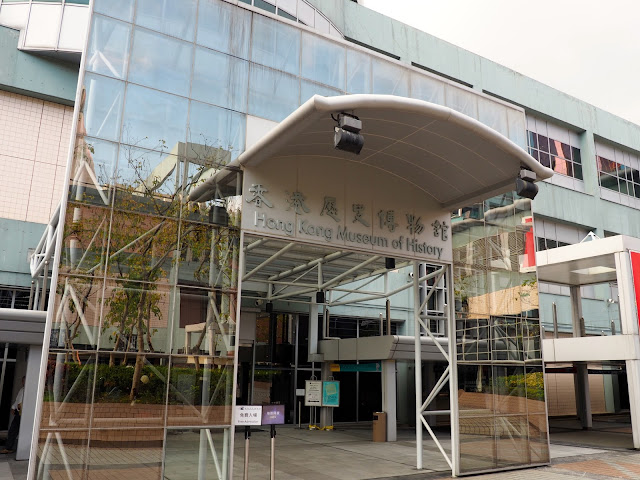 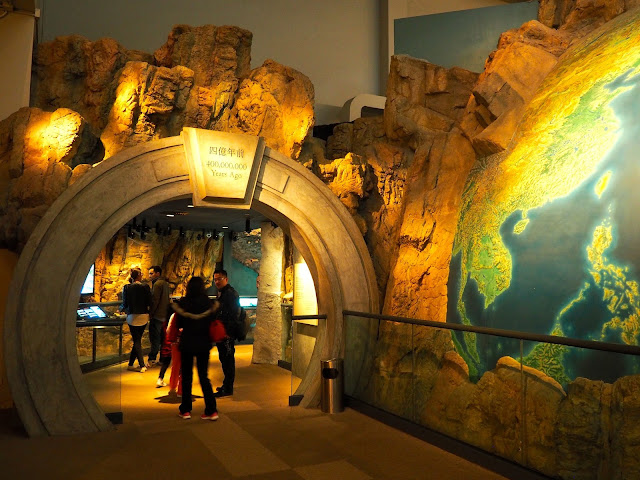 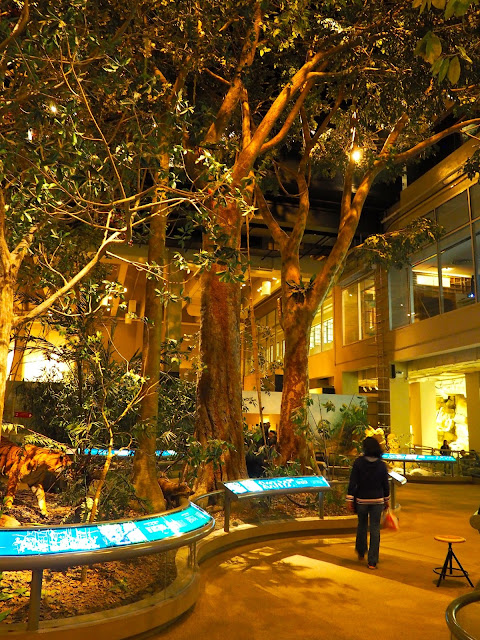 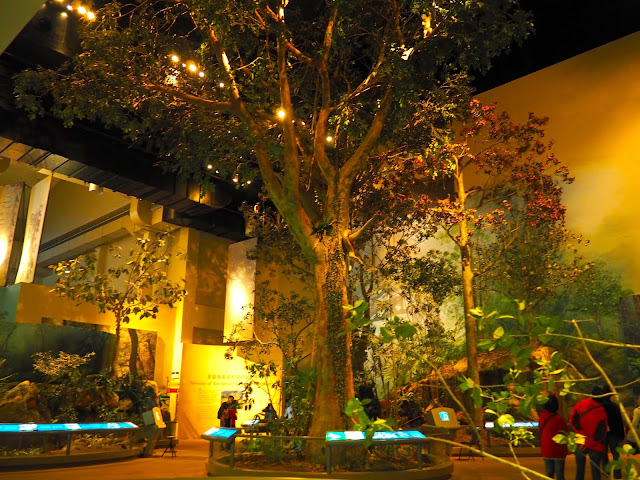 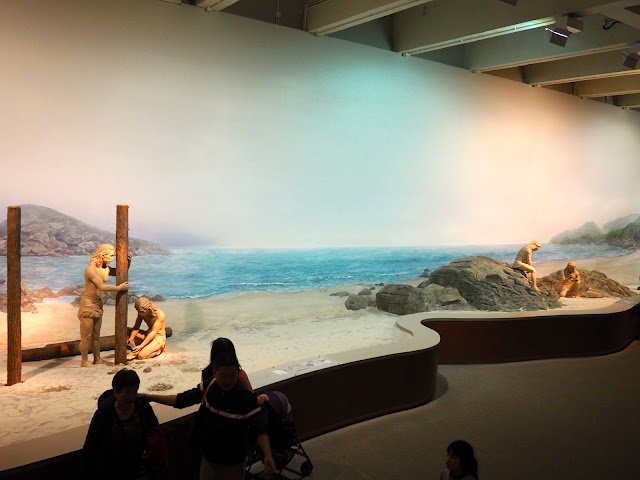 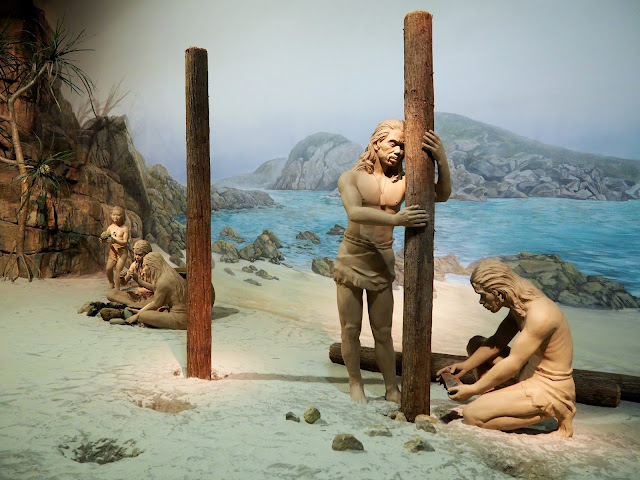 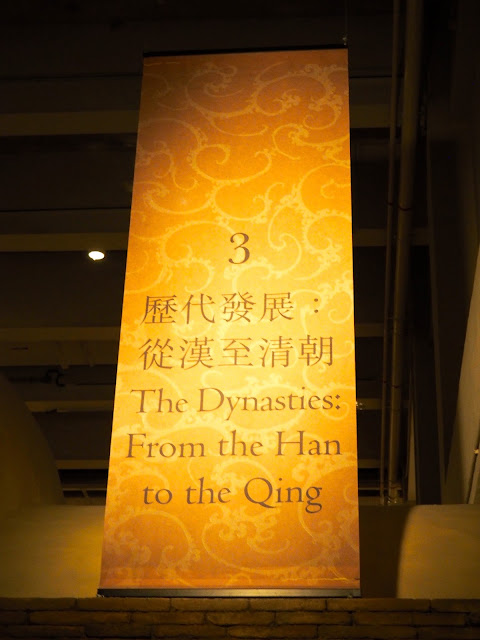 The Museum is entirely organised chronologically, starting by taking you back millions of years to the geological formation of the land that is now Hong Kong. The lower level of the building takes you through the prehistoric history of the area, the early settlers and their lifestyles, the hundreds of years of dynasties, and looks at various Chinese traditions. For the whole of this period Hong Kong’s history is aligned with the rest of South China, as it was not yet a distinct place. What I really enjoyed about all of this area was the scale that everything is created on – alongside all the cases of historic artefacts you find replicas of forest scenes, of early settlements, of fishing boats, of temples. You can wander through these rooms as if you were actually in the time period you’re learning about, which for me, makes it a much more engaging experience. I certainly wasn’t reading the descriptions of every single artefact, but rather mostly sticking to the larger boards with the core information, and allowing these immersive displays to convey what life was like in each era.

The Dynasties section got a little confusing, as so much history is crammed into quite a brief exhibit, and since I have absolutely no prior knowledge of any of the history, I got a bit confused, and had to back to re-read sections a few times. My favourite part was the exhibit about traditions, which featured replicas of a Chinese Opera stage, the Lion Dance, the towers of buns from the Cheung Chau Bun Festival, and these colossal theatre figures, pictured below. There’s so much colour and detail to it all, and as a visual person, it was stunning to look at, as well as interesting to read about. 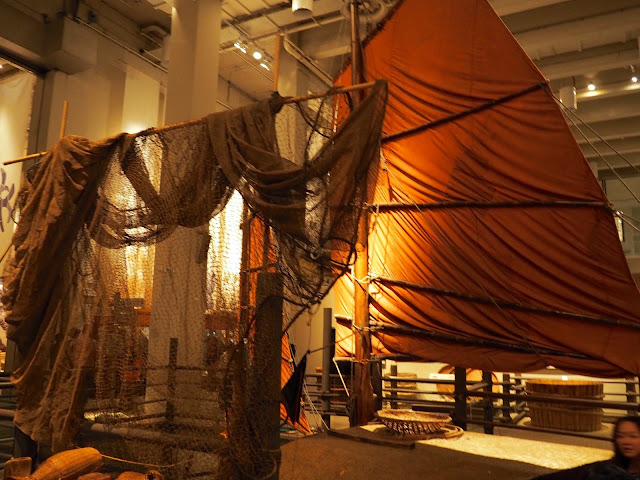 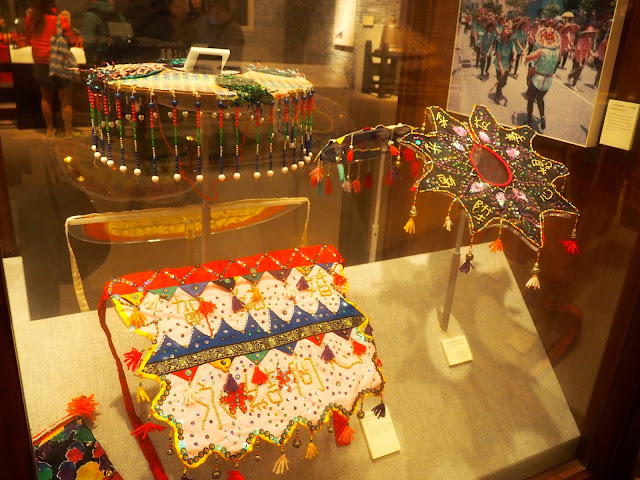 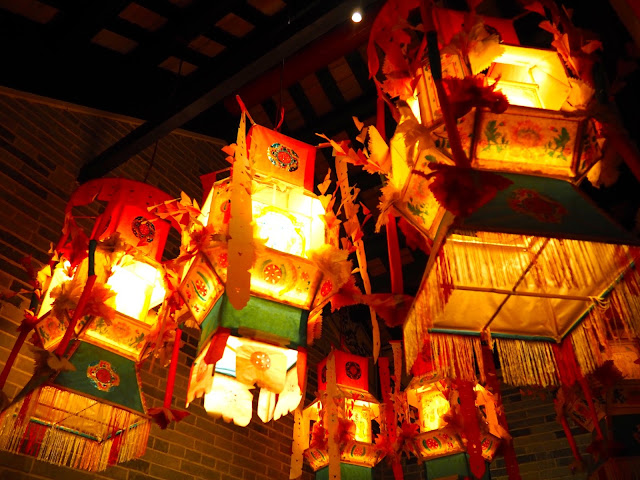 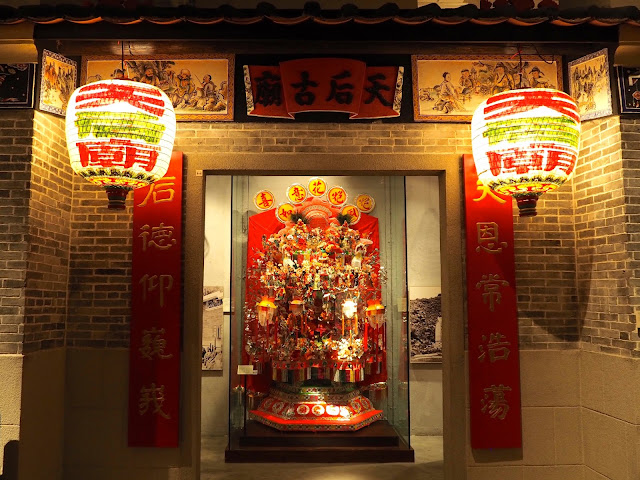 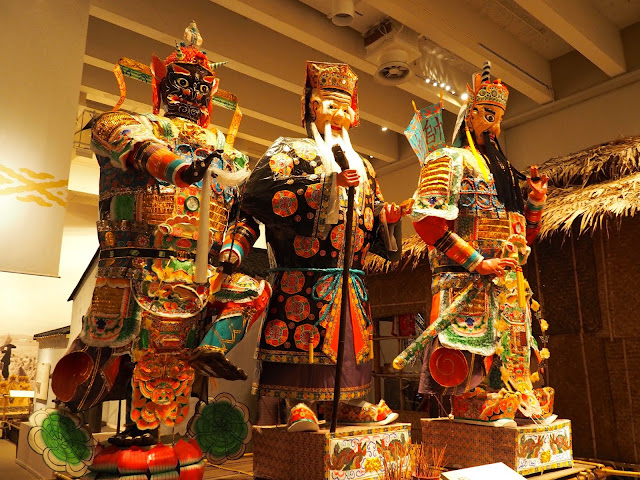 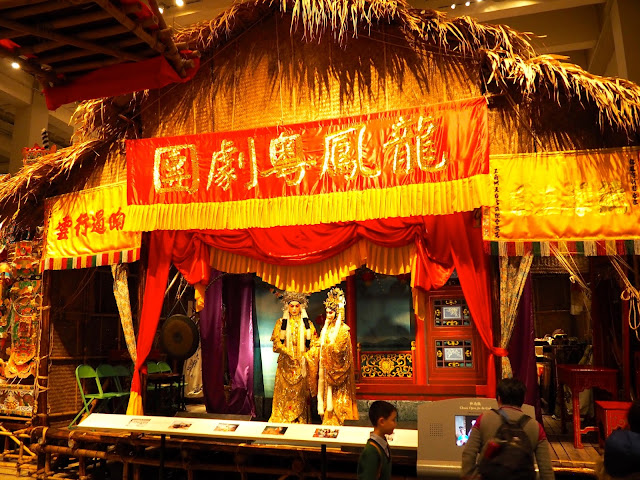 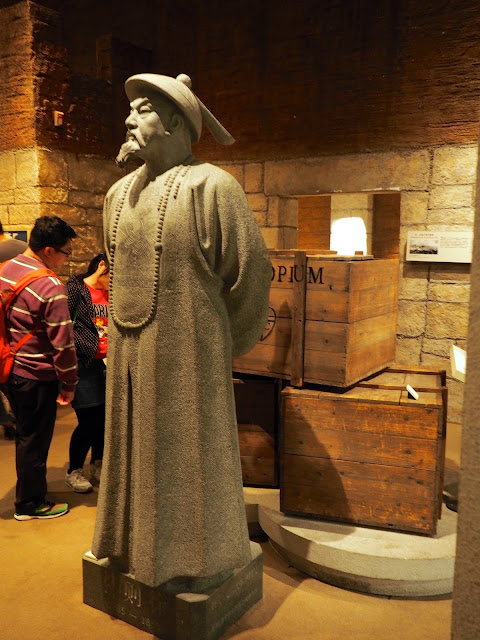 The upper level covers the period from the Opium Wars to the present, and this is where things got even more interesting. One of my main reasons for visiting this museum was to finally understand how Hong Kong came to be owned by the British, and subsequently handed back to China in 1997. In the briefest and simplest of terms, this is what happened. The Opium Wars were the root of this, as conflict opened up between Britain and China regarding their trading agreement, as China would accept only silver as payment. When the British struggled to find more silver, they began importing opium to China. Tensions rose, leading to incidents of violence, which caused war to be declared. It was resolved a few years later with the Treaty of Nanking, which ceded the island of Hong Kong to the British. However the treaty failed to improve trade relations, and the Second Opium War began 14 years later, which resulted in Kowloon also being ceded. The New Territories were later leased to the British. When that lease was due to expire, in the late 90s, negotiations opened up between the UK and China, and the agreement was reached that the whole of Hong Kong would be handed back to China, but would continue to function with autonomy for at least 50 years. So, in 2047, China will likely re-assess how the city is governed. 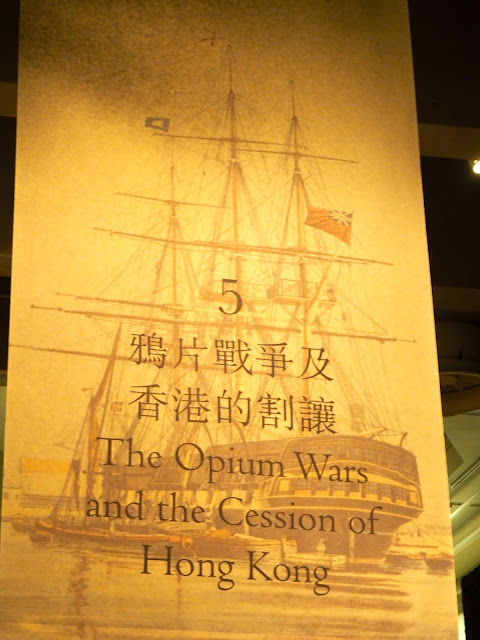 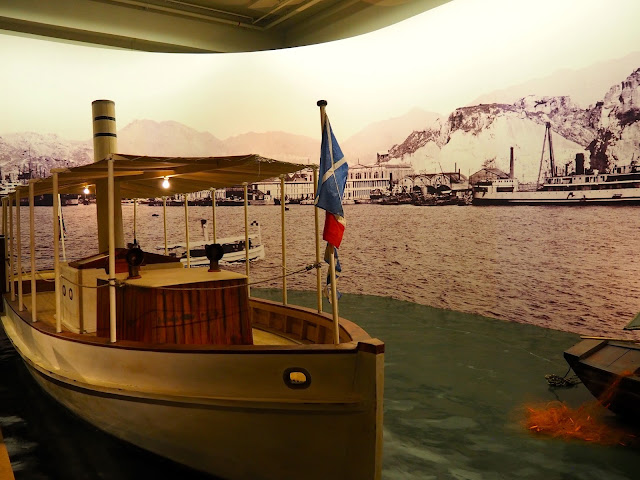 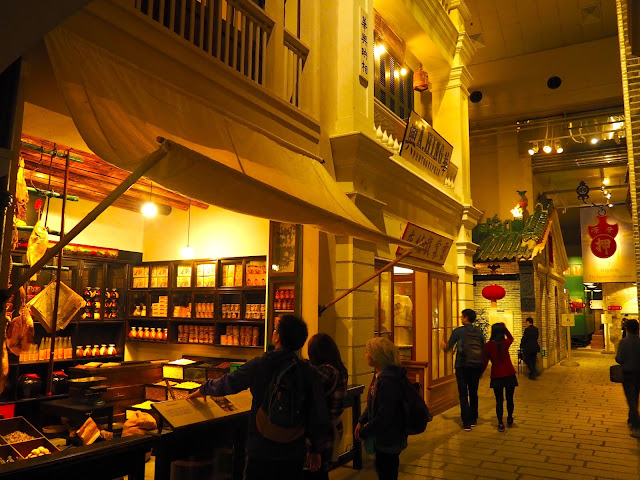 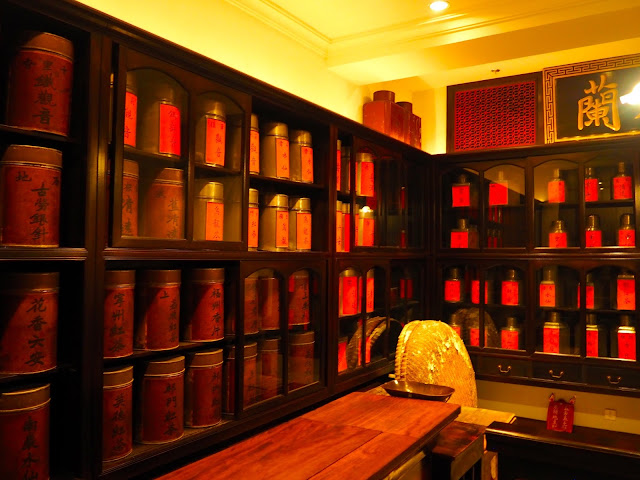 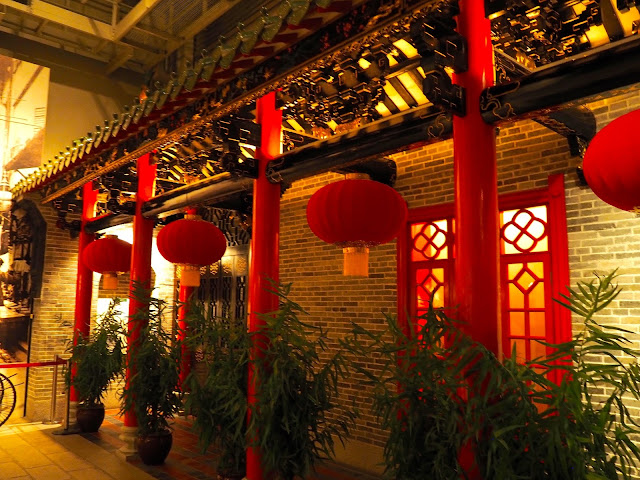 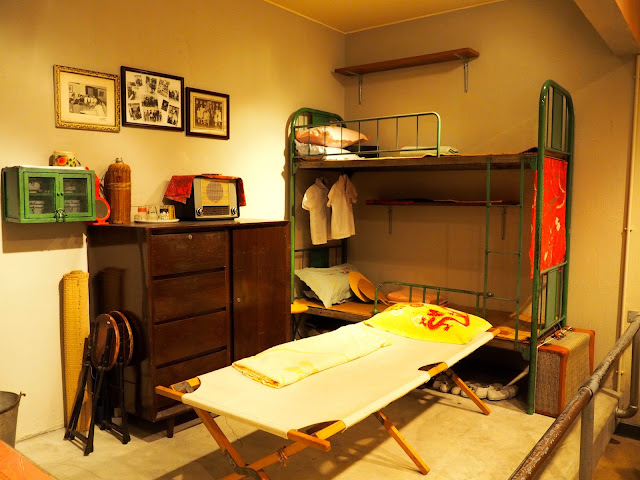 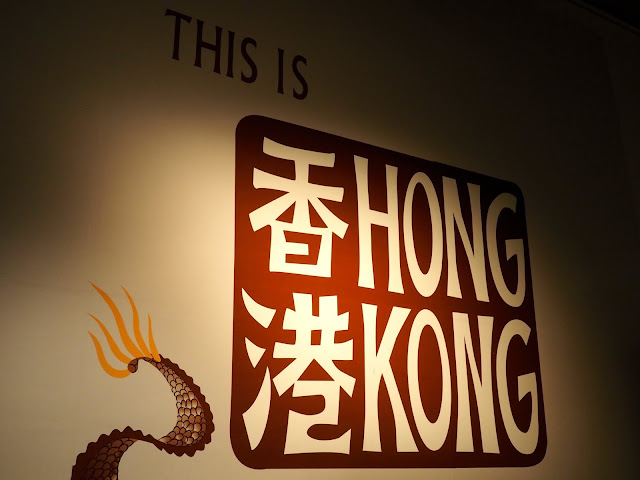 After the Opium Wars, the remainder of the museum looks at Hong Kong’s history over the last hundred years or so, at how it suddenly grew and grew into the metropolis it now is, and how Western culture mingled with local culture, more so than it did in the rest of China. The Japanese Occupation of Hong Kong, during WWII, is also covered, something that I was previously unaware had even happened (our WWII education at school focussed more on the European front). Again, there are lots of large, immersive displays to explore, with the recreation of the streets and shops of the city being a highlight for me. The whole museum also has several short films to watch, which rotate between playing in Cantonese, English, and Mandarin – I didn’t wait it out for the English showings to watch any of these, but perhaps I will on a future visit.
All in all, it’s a very well put together museum, and does exactly what it says on the tin, that being to tell the story of Hong Kong. Even for non-history buffs like me, it’s engaging and immersive enough to keep me interested, with so many things to look at. I especially liked having the sore information on the larger display boards, so I didn’t have to go hunting and reading every single artefact description in order to understand the history of the city. I certainly feel far more informed about where I live after that afternoon. For anyone visiting Hong Kong and wanting to go to a museum, I would certainly recommend this as your first one, to really understand how the city came to be what it is today.