Ok so I’m stressed out and confused, and the best way I know to deal with this is to vent, so be prepared for this to be a bit of a confused, rambling post.

So what is causing me to feel like this you may ask? I have to make a decision, I hate decisions. I am one of those terrible indecisive people who always says “I don’t mind, whatever you prefer”, when asked just about anything. And this decision is a biggie. Now is the time of year when I have to figure out what I’m going to do after my current work contract ends in the summer – look here for the full story of my current situation. I know I’m going to continue teaching English somewhere in Asia, but that precise where, and the actual job, have yet to be decided. It’s basically a question of am I staying or going. 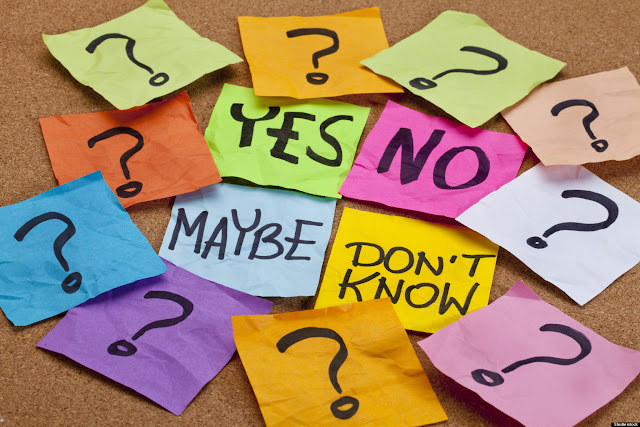 Option 1 is to stay in Hong Kong. In many ways, this is the easy option, since I’m already here. I mean, I will have to get a new job (I’m definitely not renewing my current one), renew my work visa, find a flat to live in, and sort out things like taxes and health insurance. But, I know the city now, I know roughly what the job entails, though there will be some differences being in a new school, and many of my friends from this year are also staying. A new job will also mean a higher salary, allowing me to save more money, and not having to work Saturdays anymore (which is the main reason for leaving my current one), and I’ve got a couple of offers so far, but I’m not sure if I’m taking any of them. Hong Kong is a great city to live in, as everything is very convenient, there’s such diversity, from the people to the geography to the things you can do, and it’s a good bridge between East and West, for those of us who still want a degree of familiarity when moving overseas. It’s also very central to the rest of Asia, which makes travelling about even easier, as that’s really why I want another year in Asia, since there’s so much still to see.

But as I sit writing this, looking out at the jungle of skyscrapers, faded by the layer of smog that’s been settled over the city for months now, I find myself doubting whether I really want to stay here for another year. I’ve seen so many of the main sights that I worry that I’m going to get bored and fed up next year. I could revisit some of them, or find some more hobbies for my free time, but I could also do that back home. The whole point of moving out here was to see and experience new places. I don’t intend to settle anywhere overseas permanently, certainly not here, so what’s the point in another year?

So Option 2 is to go elsewhere. I’m by no means done with Asia, as there’s still so many countries here I haven’t been to yet, but if I decide to leave Hong Kong, then South Korea is my next choice. It’s full of expat English teachers, and I’ve never yet come across one with bad reviews of the place. This does mean that the competition for jobs can be tough, but most of the recruiters I’ve spoken to (as that seems to be the easiest way to get out there) think my TEFL and year’s experience puts me in a strong position. The pay there initially looks to be less than here, but once you factor in that you get free accommodation on top of that pay in Korea, whereas I would still have to subtract rent from a Hong Kong salary, they’re actually not that far apart. South Korea is also a well developed country, so it seems like everything would be just as convenient as it is in Hong Kong. While it still has a Western influence, I think it will feel more Asian than Hong Kong does, since it lacks that colonial history. The teaching will likely be different too, working in a different education system, but I would just have to adapt. And while the lifestyle and job will be different to Hong Kong, moving there would surely not be such a jump as moving from the UK to Hong Kong was.

Of course, moving anywhere new is scary and stressful, hence Hong Kong being the easier option, but it would also be exciting, and once settled in, I would have a whole new country to explore in my weekends (no Saturdays there either!). Starting over again does freak me out, and the other big issue I’m struggling with is the Korean visa process, which is far more complicated than it was for Hong Kong. I have to gather so many documents, and get things notarized and apostilled, which involves posting things to and from the UK, as I have to get it done there and not here. It’s stressful and frustrating and makes me want to tear my hair out every time I look at what I still need to do. And I’m doing all this preparation (not that I’ve decided for certain!) with no actual job offers on the table, as you have to have the documents ready first, and you won’t get the via processed in time if you wit to sort them after getting an offer.

I hate that I’m an adult and have to deal with all this real life stuff (oh, my tax return is due too, on top of everything else!). I watch my students play at school, and their biggest decisions revolve around what toy to play with next, and who to choose as their partner, and I wish I could go back to when things were that simple. But then, I remind myself, that I’m choosing between Hong Kong and Korea, as to where I’m going to move next. I grew up in a tiny little town in the Scottish Borders and now I’m halfway around the world. I’m lucky enough to access to these fantastic opportunities, that so many others around the world do not. If I have to be stressed out about making a decision, at least it’s a pretty good situation either way. And I think once I actually decide one way or the other, I will feel much better about it all, and more relaxed that I can focus on one path, rather than trying to pursue both at once. Of course, each choice comes with arrangements to be made and paperwork to do, but after all that is done, I’ll really feel better. But while I may grumble and groan about that, it’s the price I pay to live as I do. It’s good to make myself stop and think like this, and remember just how lucky I am, and it’s in these moments that I feel so grateful that I am able to travel the world and see these amazing places, and live in exciting and different places.

No doubt I’ll be feeling the same way this time next year, just as I was last year, when I have to decide what to do next… but right now I have to do this one step at a time. If I start thinking too far ahead, I’m going to have a quarter-life crisis style breakdown, as the only thing I’m sure of is I’ll move home eventually. I don’t know when that will be, how many places I’ll live first, and what the hell I’ll do when I’m back there though… Whoa, stop, deep breath Char. One decision at a time.

I’ve spoken to other people about this of course – my mum seems to be keen on Hong Kong, my best friend is pushing for Korea – but in the end, it’s my life, and I have to live with the consequences of my choice. Writing this has definitely helped a little. I know what my gut feeling is now, and I tend to go with those. But I’m still too scared to say it aloud, so I’ll let it stew for a few more days at least… Oh I hate decisions.