Two vast, active volcanos rising out of a lake so huge, it feels more like an ocean. This was home for two nights, on the island of Ometepe, in Lake Nicaragua. The volcanos, Concepción and Maderas, are joined together by a small stretch of land, and you can just see the mainland on the horizon. Ometepe is an hour or two by ferry, and it’s quite something to see the volcanos towering out of the water like they do. We crossed mid-afternoon, and then only had a short drive to our hotel, Finca Venezia. The rooms are like small houses in the grounds, with views of palm trees and the beach outside – but there is the occasional power cut, as we had for the entirety of our first night! It lasted long enough for dinner at the hotel at least! 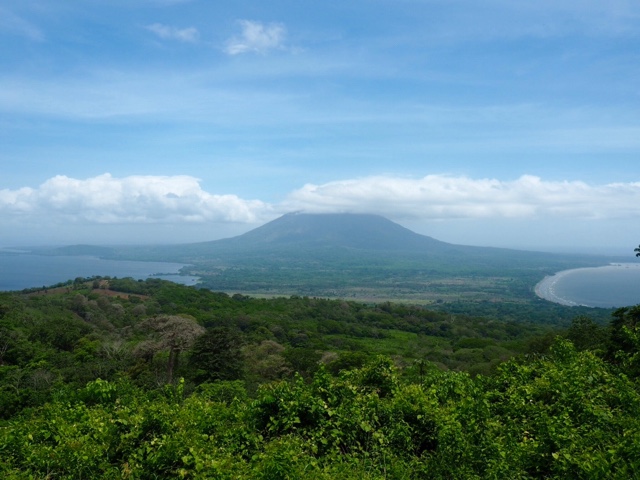 As we only had one full day on the island, most of us opted to do a day trip around it. The first stop was a volcano hike, because how can you visit a volcanic island and not? It takes most of a day to climb to the crater of either, and they’re tough hikes, so we only did about a quarter of Maderas, the smaller of the two. Honestly, it was hot, sweaty, and exhausting, which I know does not sound appealing at all! Or certainly not for me, who is rather unfit, but fortunately, our efforts were rewarded with some nice scenery on the way up, then a truly breathtaking view from our finish point. To reach the top then turn around to see Concepción towering across from us, and the water on either side of the island – stunning! 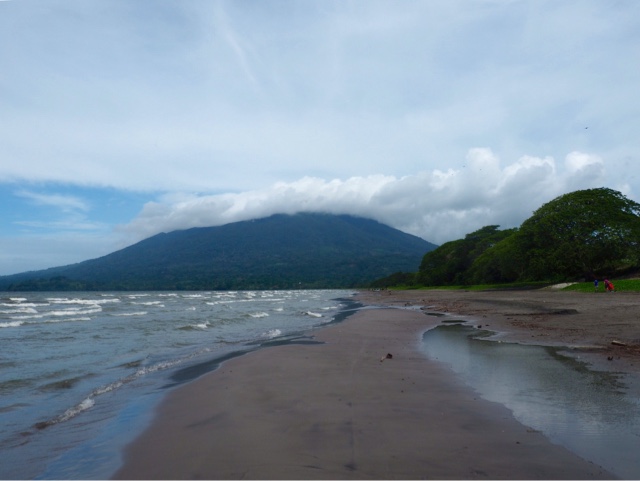 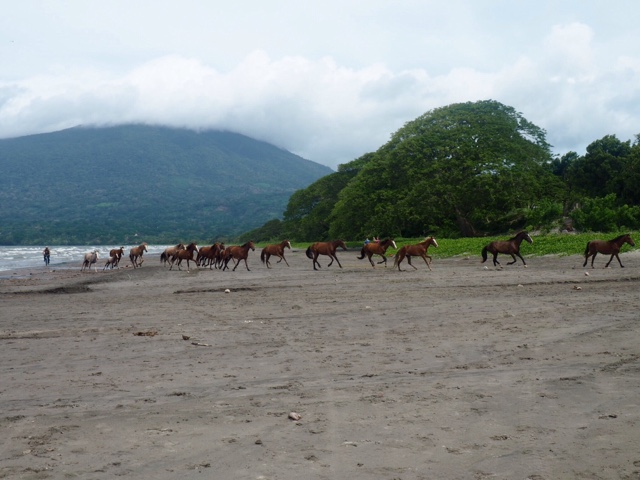 We clambered back down the slopes – much easier than going up! – and had lunch nearby, before going to try some local coffee at Finca Magdalena. It came strong and rich, and was a nice pick-me-up! This was only a brief stop, followed by another at the beach at Santa Domingo. It really does feel like you could be at sea, not in a lake, with the tide lapping against the shore. The sand is also black, not white, because it’s a volcanic island. As we were strolling through the shallows, a herd of horses came galloping down the beach, which was wonderful! Then, as we walked back to the van, there was a troop of capuchin money’s on the side of the road. They seemed very used to people, and came really close to us! Our guide was feeding them pieces of mango, and they started squabbling over the pieces! 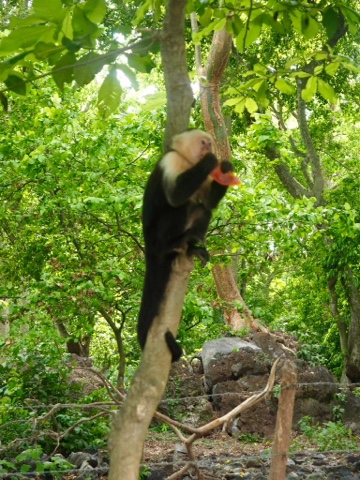 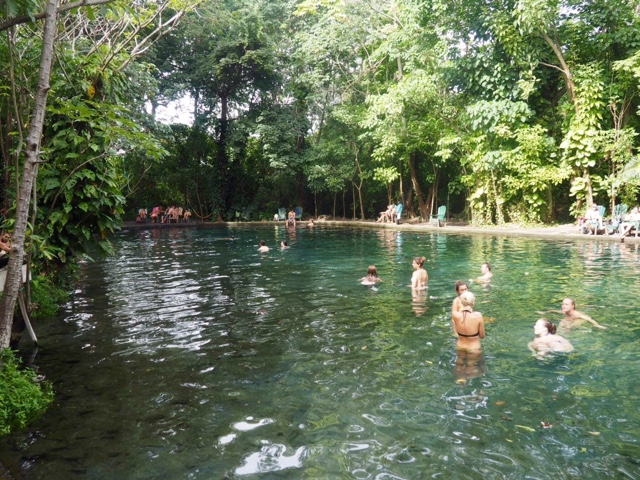 Our final stop was Ojo de Agua, a natural mineral springs. It wasn’t hot like some others we’ve been to, but it was full of good, healthy minerals to soak into my skin. The pool itself is like a big swimming pool, though the depth fluctuates a lot, and there was a swing and slack line to use. Floating through the water is a very pleasant way to spend a few hours! I also bought another coco loco, coconut milk mixed with white and dark rum, and what we think was condensed milk, then poured back into the coconut – delicious! 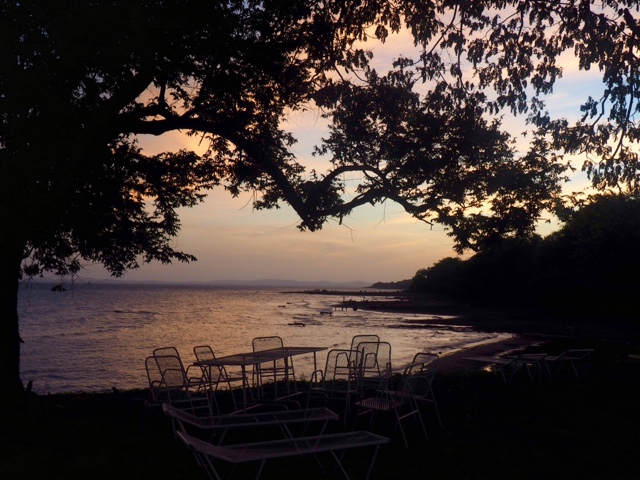 Eventually we arrived back at the hotel and I sipped a beer in a hammock watching the sunset. After dinner, we finally broke the piñata we’d been carting around, to celebrate birthdays. It was a pretty hardy piñata and all twelve of us took a turn before it eventually broke, scattering sweets all over the deck. To finish our stay on the island, we had a beach bonfire and toasted marshmallows. The wind kept the fire going well, blowing the embers up and down the beach, and the sky was  crammed full of stars. There was even another horse, pure white, that wandered past late on. All simply beautiful!