Review – We Are The In Crowd: Weird Kids 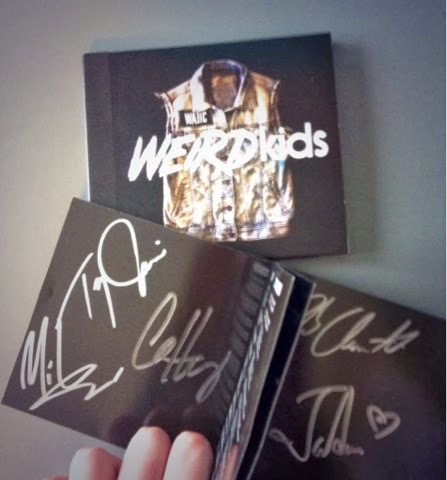 , We
Are The In Crowd’s second musical outing, is a record infused with youth,
rebellion and attitude in spades, that speaks to all those who feel lost or
like misfits – which is most people really, because after all “we’re all just
weird kids in the end”.  This record has
built on the foundations of their debut album, maintaining the fun, energetic,
pop-punk sound, but bringing a bit more experience and maturity to the table
this time around. The slow build of “Long Live the Kids” provides a great
dramatic opening track, while “Windows Down” is the most stripped-back and emotionally
bare the band has been.  Mixed in with
tracks like “The Best Thing (That Never Happened)”, which has more of a pop vibe
and is dripping with attitude, things can be a little disjointed, but it does
show off the band’s range. These are also the two poles of the album, with much
of the rest falling in a comfortable middle ground to help blend things together
more cohesively. Lyrically, the record talks of embracing who you are and
chasing your dreams no matter what, with songs like “Dreaming Out Loud” and “Reflections”,
which is exactly the sorts of things that young people need to hear, especially
those who feel like they’re a little different. With an anthem-like style on
many tracks, it’s easy to pictures venues full of fans singing back these words,
and the dual male/female vocals give tracks more depth in tone and add
something unique to the record, as there are few other bands doing the same
thing. This is a record entirely upfront and unapologetic about what it is and
who the band are, and fans should be inspired to feel the same way about
themselves.