Outfit – One Jump Ahead

Some Disneybounds are closer to the source outfit than others, and I think this one definitley veers to the most literal interpretation – otherwise I probably wouldn’t be wearing the hat with the rest of this look! I was inspired by Aladdin this time, having already done Jasmine a few weeks ago, in a more modern interpretation. I chose the purple top to match his colour scheme, with this big white skirt, to echo the flowing harem pants he wears. Rather than ballet flats, which would be closer to the slipper shoes in the film, I went with Toms for a similar style, but a more masculine and practical version of it. The red beanie is to mimic his red fez, and then I went for minimal makeup, since he is a ‘street rat’ after all – unlike the more glam makeup and jewellery I chose for Jasmine’s princess status. I chose a couple of pieces of purple jewellery, again for the colour scheme, but small pieces, since a street kid wouldn’t have anything fancy anyways. I feel like the whole look is the closest to the original I could get, but is also focussed on being casual and comfy, plus a little rough and haphazard in places, which felt right for the character. 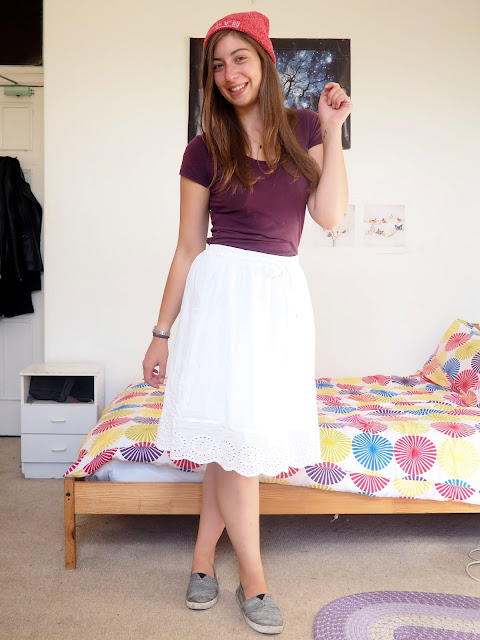 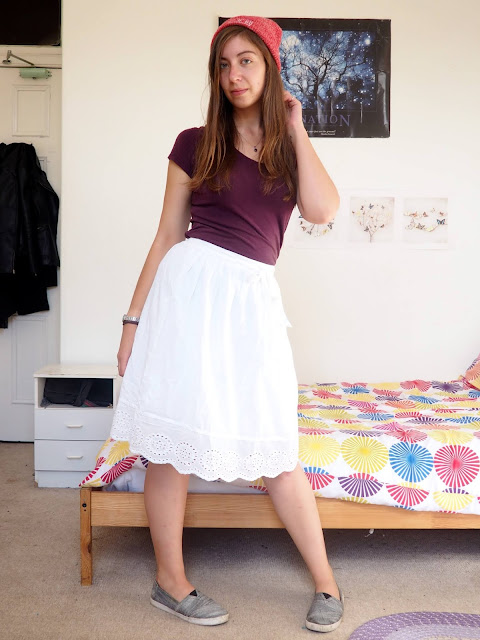 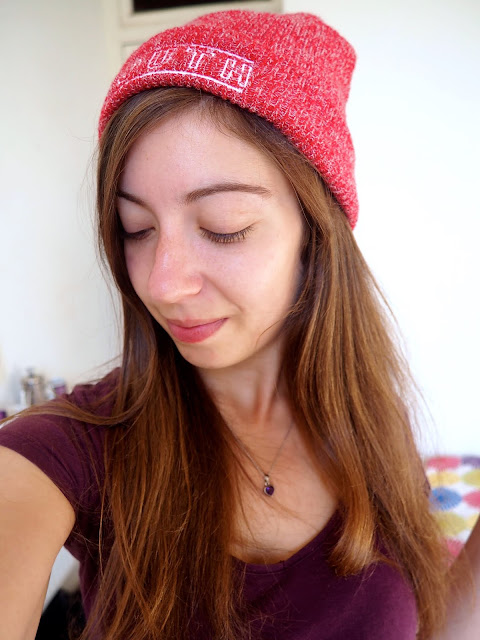 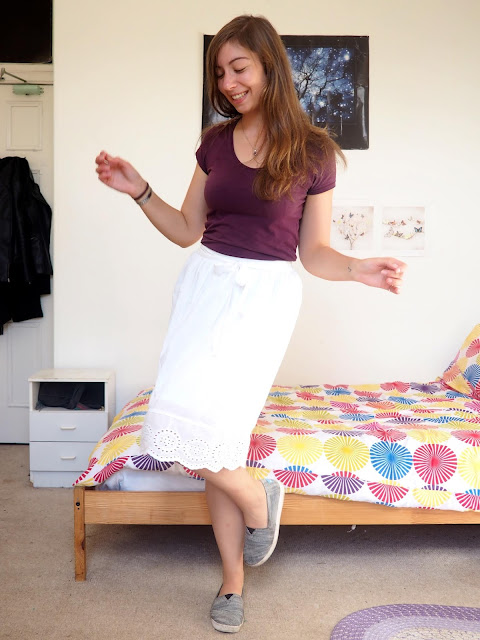 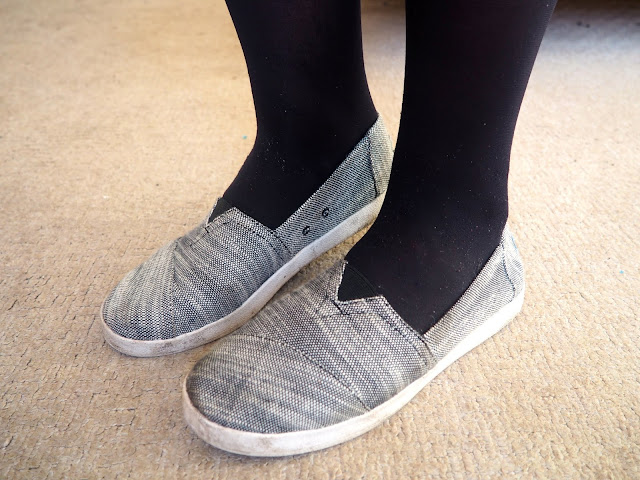 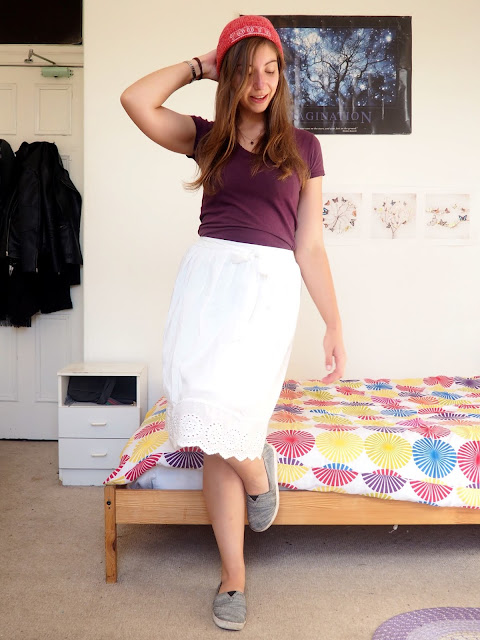 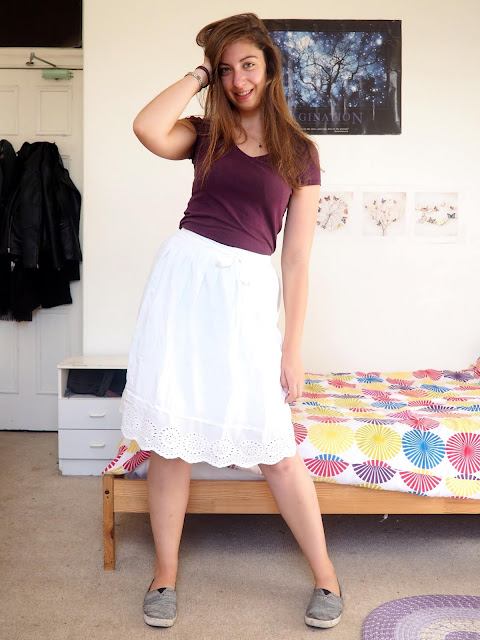