It’s been four months since I moved back to Hong Kong, with a new job and having found my own apartment, and I realised I haven’t really given a proper update since then. I was only returning to Hong Kong for about 6 months, and I’m more than halfway through that now. In some ways, settling back in was pretty easy, since this is a city I’m already familiar with. But things are still very different to my first year here, so there have been some other changes to get used to. 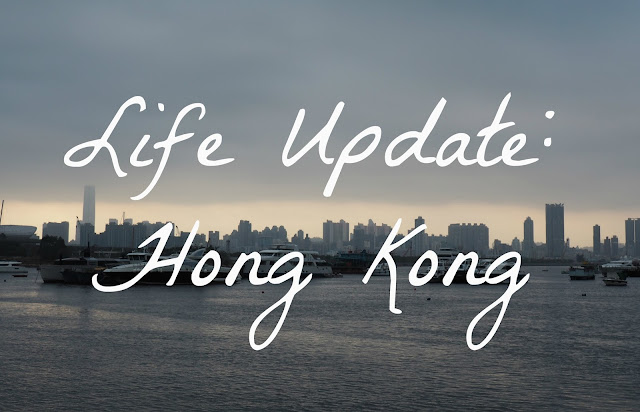 Work is obviously different, since I started a new job again, but I’ve been there long enough to know how most of it works now, though every so often something new comes along again – for instance, I have to complete a portfolio for each kid, which was already done for the first term when I arrived. Work is average all in all – I don’t hate it, but I sure as hell don’t love it. By this time of year I’m pretty tired though – as most other teachers will agree I’m sure! – and changing jobs halfway through the school year probably makes me even more tired. I have fallen asleep straight after work a couple times recently… This also makes me grumpier and more impatient too, and unfortunately the kids get the brunt of it, as I’m getting stressed and annoyed more quickly. There’s so much more admin and paperwork at this school than anywhere else I’ve worked though, which I can handle (and I seem to complete much faster than other staff, who are always talking about not having enough time, which I don’t get?), having always been an organised person, but it’s just tedious, and every time I finish one deadline, the next is announced straight away. I feel like I’m just plodding through each day, which I’ve already talked about in other posts here, so I’ll be ready to go when the term finishes.

The rest of my life in Hong Kong is a little different too, in the social side of things. Obviously, I saw a lot of the major sights and attractions last year, so it’s quite easy to occasionally spend a weekend doing absolutely nothing – though this is sometimes required, given how tired I can get. I have been trying to get out to see and do other things though, which regular readers will have seen posts about over the last few months. It’s been fun discovering these hidden corners, places that are a little more off the tourist-beaten path. I’m definitely glad I did some more hiking out in Sai Kung – Tai Long Wan was a big highlight! – but the weather has been much ore humid and rainy recently, which will likely continue for the newxt month or two, which makes it harder to get out. I also haven’t seen all the same people from last year very often. I know it’s natural to drift apart, and it’s nearly impossible to maintain such a large group as we had going last year (the group chat is redundant now), but it is a little sad to think about sometimes, since I had so many good memories with everyone last year. Even the people I was closest to have either left Hong Kong, or are busier with other commitments now, so I hardly see them anymore. I don’t feel as lonely as I did in Korea though, thankfully, and since I’m leaving again soon it doesn’t concern me as much, but it’s still sad. I have met new people though, one friend in particular who I’ve been hanging out with a lot.

And speaking of loneliness, I’ve obviously been super aware of my mental health in the last few months, after how miserable I was in Korea, with the insomnia, psoriasis and acne problems. I’m definitely happier back in Hong Kong, and although work can stress me out sometimes, it’s nothing worse than what I dealt with back in school or university or last year in HK. I’m not super-duper happy though – I don’t know how possible that is, but that’s a whole other topic to explore, see here for some thoughts on it from a couple years ago – and I’m probably more aware of that than I have been before. My instinct is to change things, which will happen when this contract ends, but I don’t know what to change to, what to do, to actually be happy. This can be frustrating and upsetting at times, but hopefully I’ll figure it out eventually. I’ve been viewing this six months as a transitory time, where everything is temporary. This is especially true given that I live in a shoebox, avoid making any sort of commitment, and have been putting various things on the back-burner. I want to be eating better and doing more yoga again, and doing more than just watch TV when I come home, but it’s so hard to be healthy without the space to exercise (I’m saving money, so going to actual yoga classes is not happening) or the kitchen facilities to cook better (and again, money to buy the healthier foods). I’d like to be learning something or taking up some sort of hobby to utilise my time outside of work, but when I’m only here a little while longer, and saving every penny, it’s just not happening for now. This is probably part of the reason everything feels so average and repetitive, but I have to keep remembering, it’s temporary and for a good reason.

That good reason being travel plans of course, the whole reason I moved to Asia in the first place. I was able to use my Easter holidays and a long weekend for trips to China, using up both parts of my double entry visa in the process, which was definitely a highlight of the past few months. I’m making all these little sacrifice right now to save as much as possible for the summer, when I intend to visit most of the other Asian countries I haven’t been to yet; Thailand, Malaysia, Singapore and Indonesia are all confirmed or partially booked, and I’m hoping to go to Japan too. Taiwan is also a possibility, but I’ll have to wait and see how the budget looks nearer the time. Thinking about and researching these places makes me much more excited again – a little nervous too, but that’s normal for me – and reminds me of why I’m doing what I’m doing right now. Hopefully it will be worth it!

And since this is a life update, what are my plans after all that travelling you may ask? Well after ticking off all those countries, which will take at least 2 months, I will have seen pretty much everywhere I wanted to in East Asia. There’s still plenty more of the world to explore though, but after two years away from home, with only very brief Christmas visits, I’m going to return to the motherland for a little while. I still plan to settle back there eventually, but I don’t think I’m quite at that point yet (though I fluctuate back and forth between wanting to settle and never wanting to!). I’m over teaching though, it’s not my thing, and I don’t know exactly where to go next, so I’m going to take a few months back home (living with my parents again) to figure out what’s next, and save some money again (how is yet to be determined), since I’ll be blowing pretty much all I have with my summer travels. And that’s pretty much where life is at right now. Plodding along for the moment, before I fling it all up again, for yet more adventures and changes. Still no idea what I’m doing most of the time, still just muddling through life.