For too long, the roles of women in fiction were limited – they were wives or mothers, love interests or side characters, ‘virgins or whores’, and thus their roles were largely defined by men. As years gave passed and feminism has made progress, our books, films and TV shows now feature more and more feminist characters, who are certifiable badasses. Badass can have a few different meanings for me; it could be a strong, brave fighter, but it could also be someone who stands up for what they believe in, goes out and gets what they want, or just generally displays good characteristics. Originally, I was going to write a top five, but I couldn’t choose, so I went with ten, in no particular order. And these women are taken from works of fiction I enjoy – there are plenty of others out there who I couldn’t include, or who I don’t yet know about. And I’m not saying that any of these characters are perfect, but they are all characters I’ve admired for various reasons (minor spoilers ahead). 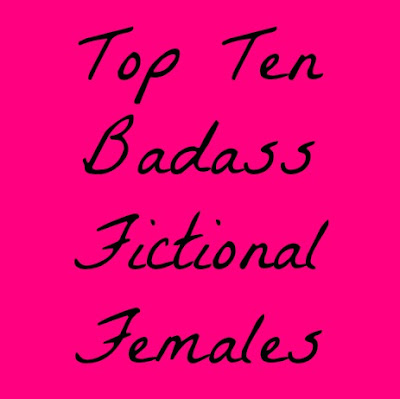 1) Mulan – The original badass of all the Disney Princesses, Mulan is a hugely important character, especially for young girls watching princess films. She pulls off a hugely risky move, defying every expectation of her gender, by imitating a man to join the army. And she does all out of love, in order to protect her father. And then she goes on to save the whole of China, proving that women can do anything they set their mind to. She is brave and strong, also with a strong sense of justice and a huge amount of compassion. It’s also very important for intersectional feminism to have representation of non-white characters, with these badass, feminist attributes (I wish I had more on this list, but I struggled to think of many amongst my favourites, proving that this is problem that continues to exist).

2) Agent Carter – The MCU can definitely be faulted for not having a female-led film yet (until Captain Marvel arrives) but there are plenty other badasses around – Black Widow and Agent May spring to mind. They did give us a female-led TV show, in the form of Agent Carter. Peggy is a standout for me, as she doesn’t have superpowers, and lived in a time far more difficult for women than the present, yet she never lets that stop her. She takes no nonsense from anyone, and fights back against the system that would relegate her to little more than a receptionist (now that the men have returned from the war), despite the fact she could outsmart everybody in the room. She doesn’t wait around to be rescued, and instead goes out to save the day herself.

3) Supergirl – DC’s first few superhero TV shows featured male protagonists, so it was refreshing for them to then turn to Kara Danvers (and not her more famous cousin) for the next. Her powers give her an obvious advantage over most people, but even around other aliens and powered people, she holds her own. She frequently makes it very clear that she can protect herself – and everyone else – and has no patience for anyone who tries to make her take a backseat. There are other female characters in the show, such as Alex Danvers and Cat Grant, who are badasses in their own way too, and none of them have roles that are solely defined by men.

4) Hermione Granger (Harry Potter) – Harry may be the protagonist of the series, but he would never have gotten as far as he did without Hermione. We all know she’s a genius of course, but there’s also a reason she’s a Gryffindor and not Ravenclaw. She’s exceptionally brave, choosing to help Harry and put her life at risk to save others. She’s loyal to those she cares about, and as she grows up we see her learn to understand the things that are most important (more important than following rules) – acts like founding S.P.E.W. and Dumbledore’s Army (because let’s not forget whose idea that actually was) prove this, as well as her compassion, ambition, and motivation. And it’s important to have a character like her in such a famous series; she was certainly a large influence during my childhood years!

5) Merida (Brave) – An arranged marriage? Merida is having none of that, and she’s far from the old-fashioned, typically girly and meek Disney princesses. She rails against the idea from the outset, adamant that she will be able to lead the clan without need of a husband. She even beats all her potential suitors in the archery competition, to win her ow hand. The fact that such a competition exists is highly problematic, but it does provide opportunity for girls to see that this is something that can fight back against. Merida is also a great character in the ‘Once Upon A Time’ TV version of her, which continues her story, and she proves to (the men of) her clan and others that she can be a great leader.

6) Jane Eyre – Not all badasses have to be fighters who save the world. Some can achieve their own triumphs, with smaller feminist acts., and given that Jane Eyre lived in a time when women had even fewer privileges then today, her accomplishments should definitely be given badass status. Jane’s greatest desire and motivation was to be independent, not relying on anyone besides herself. She works to earn her own money, and refuses any marriage that would compromise her independence. At a time when a lot of women were expected to only be wives and mothers, she makes her way in the world alone, and only eventually accepts marriage on her terms.

) – We can’t forget the most badass princess in the galaxy now can we? I think we can all agree that Leia is the strongest, most competent character of the original trio – perhaps even in the entire Star Wars series. She even becomes a General is the newest instalments. She should be remembered for making it clear that princesses don’t just sit around in tiaras, waiting for their prince, and can go out and save the whole galaxy just fine by themselves, thank you very much! She is willing to do whatever it takes for the cause, risking her own life whenever necessary, and is also a wise, diplomatic political leader, capable of organising an entire resistance.

8) Mary Queen of Scots (Reign) – Ok, she’s not entirely fictional, but I’m talking about the character on ‘Reign’, a show which takes some historical liberties. In this, Mary is a smart and cunning queen, capable of ruling her kingdom alone – this is particularly notable in later seasons, when John Knox’s character appears, who is fiercely opposed to women in power. Mary tries to be a wise and fair ruler, but she is also highly political, and must have bravery and confidence in her decisions and herself. Marriage is a necessity in order for her to produce an heir, but she is also able to use it as a weapon, to forge political alliances. The show features plenty other strong women too, notably Catherine di Medici. All the women are subject to the gendered expectations of the time, but they use them to their own advantage whenever possible.

9) Moana – Yes I know, another character from Disney, but these characters are so influential, especially on the targeted younger viewers. Moana is probably the most feminist Disney Princess film  to date. Where others have had to fight for their independence, it is established already that Moana herself will be the next village chief – no husband required, or even mentioned. And not satisfied with simply playing the part she has been assigned, she finds the bravery to venture alone into the ocean, in order to save her island. She recruits help from Maui along the way, but ultimately, Moana is the hero of her own story. This is most definitely the kind of ‘princess’ (a title Moana defies; her father is a chief, not a king) that little girls should aspire to be like.

10) Lydia Martin (Teen Wolf) – Back in the first season of Teen Wolf, Lydia seemed shallow and superficial, but over six season, she has evolved into a truly badass woman. I chose her over other women in the show, as I feel she has so much depth and has exhibited a lot of change, and despite not being the greatest fighter, or even in control of her powers all the time, she still dives into danger to help others, and is fiercely loyal and protective over her friends and family. She has embraced her intelligence, no longer feigning dumbness to attract boys, and is usually the smartest, most capable person in the room. She also embraces her sexuality – gone is the ‘virgin or whore’ archetype – which is an important aspect of modern feminism, and shows that you can be girly and take care of your appearance, while still kicking ass. And we see her vulnerable side. Strong women are sometimes characterised as ice queens, so it’s important to accept the emotional spectrum, and the strongest women, like Lydia, are those that have overcome their struggles. All in all, I think she embodies a lot of the values that modern women should aspire to have.

There are plenty more badass women in the world of fiction – these are just a handful of my favourites – and hopefully this list will continue to grow in the future. Of course, these characters could not exist without the real life women over the centuries who have fought for what they believe in, making them the most badass of all. Fictional characters are still important though, to provide us with inspiration and good examples, especially for children. We are all capable of being badasses, and that can mean a whole bunch of different things, so pick your talent or cause or whatever, and go be the badass you are!