Ok, if you follow me on any other social media, you’ll know that I’m currently off having an adventure in China this week, trying to cram as much sightseeing as possible into just 7 days (and if you don’t follow me on social media, my links are all in the sidebar!). This doesn’t leave much time for blogging – though there’ll be plenty travel posts about it next week! – so I’ve written a few posts in advance, and with the limited time I had, you’re getting another tag post today! This one I found on Tumblr, and it’s super simple – I just have to declare whether I’m innocent or guilty of doing these things! It’s a quite a long list by the way, and some are a bit stranger or more controversial than others! 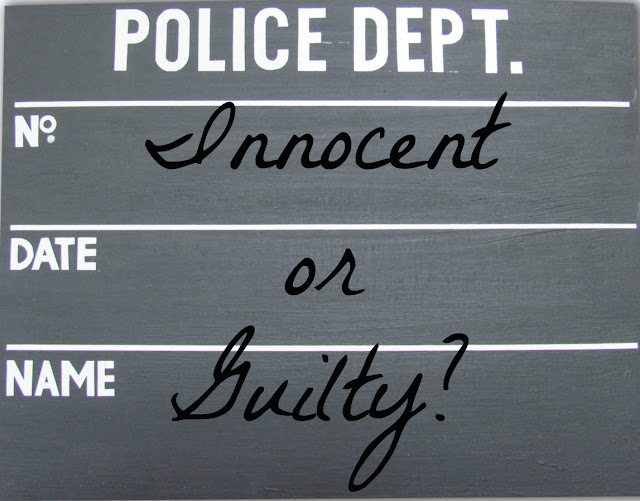 Asked someone to marry you? Innocent
Kissed one of your friends? Guilty
Danced on a table in a bar? If dancing on the bar counts, guilty.
Told a lie? Guilty (is anyone entirely innocent of this?)
Had feelings for someone you can’t have? Guilty probably, though I can’t think of anyone specific right now.
Kissed someone of the opposite sex? Guilty
Kissed someone of the same sex? Guilty
Kissed a picture? Innocent (I think)
Slept until 5pm? Guilty
Fallen asleep at work/school? Almost guilty – I’ve nearly dozed off a bit, but never fully slept
Held a snake? Guilty I think – I feel like I probably did when I was younger
Been suspended from school? Innocent
Stolen something? Guilty
Done something you regret? Probably guilty, though I can’t think of anything specific
Laughed until your drink came out your nose? Guilty
Caught a snowflake on your tongue? Guilty
Kissed in the rain? Innocent
Sat on a rooftop? Guilty
Sang in the shower? Guilty (come on, who hasn’t?)
Been pushed into a pool with all your clothes on? Innocent
Made a boyfriend/girlfriend cry? Innocent
Been in a band? If the school ceilidh band counts, guilty!
Shot a gun? Innocent
Donated blood? Innocent
Eaten alligator meat? Innocent
Still loved someone you shouldn’t? Innocent
Have/had a tattoo? Guilty
Been too honest? Innocent
Ruined a surprise? Innocent
Erased someone from your friends list? Guilty
Dressed in men’s clothes? Innocent
Dressed in women’s clothes? Guilty
Joined a pageant? Innocent
Been told you’re beautiful by someone who totally meant it? Guilty
Still have communication with your ex? Innocent
Cheated on someone? Innocent
Got drunk the night before an exam? Innocent
Been treated by a stranger paying your fare? Innocent
Got so angry you cried? Guilty
Actually murdered someone? Innocent
Thought about mass murder? Innocent
Rode in a stranger’s vehicle? Innocent (I think)
Stalked someone? If we’re counting on Facebook, guilty. Otherwise innocent.
Had a boyfriend? Innocent
Had a girlfriend? Innocent
Been totally drunk on a holiday? Guilty. Very, very guilty.
Made faces at a small child while standing in a line? Guilty
Farted and blamed it on someone else? Hahaha, guilty