Charlotte Fashion
Yes, I’m still calling it winter in March, because although it’s getting warmer, it’s still pretty cold here, especially without heating! During these colder months in Hong Kong, I’ve been wearing most of the same dresses as always, but with a cardigan on top for an extra layer of warmth (sometimes with an extra top underneath too!), but it did get pretty repetitive after a while. So, I’ve been mixing it up by wearing this jumper over a dress instead, which I do quite like. It almost looks like a skirt instead, but yet not quite (at least in my opinion), so I like that it’s a little different. Tights are a staple for school now, sometimes even leggings when it’s been really cold. I don’t tend to wear dangly earrings, as it’s the sort of thing young kids would pull at, but I chose many of my work dresses to have versatility – so with some jewellery like this, I could wear them on other occasions, away from school. The boots are simply for getting through the cold and rain, then I change to indoor shoes anyway. It’s a mix-up from my earlier incarnation of this work dress though, right? 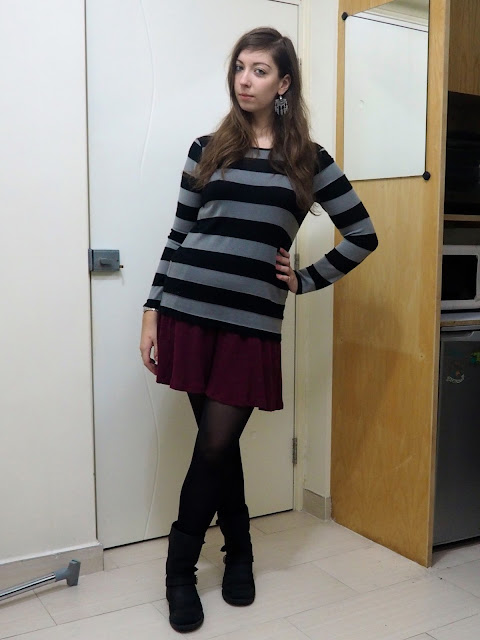 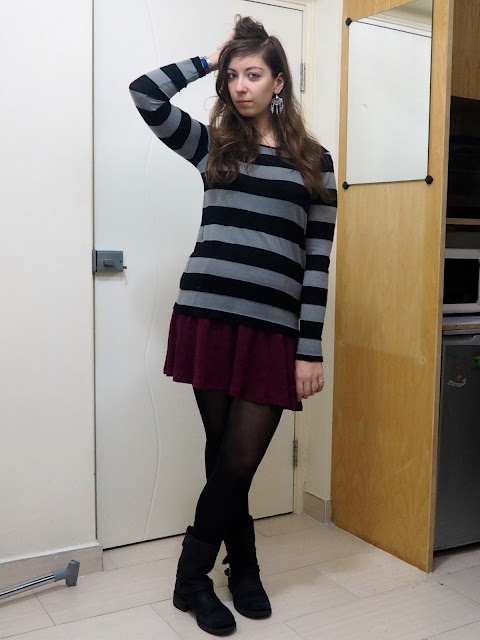 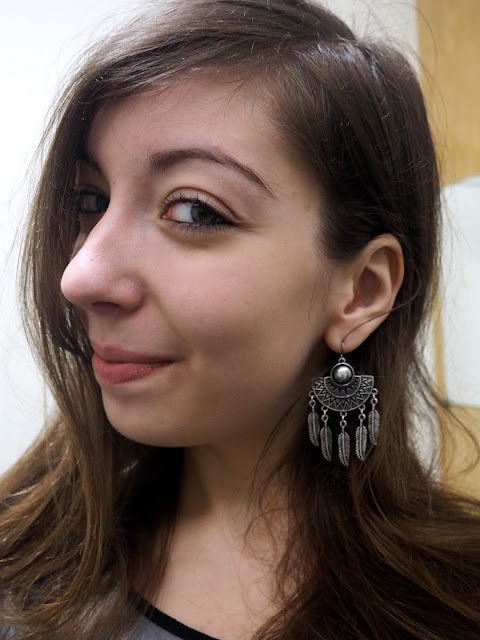 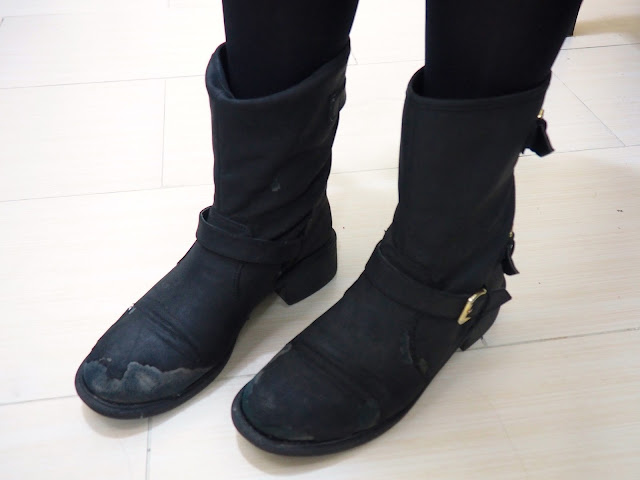 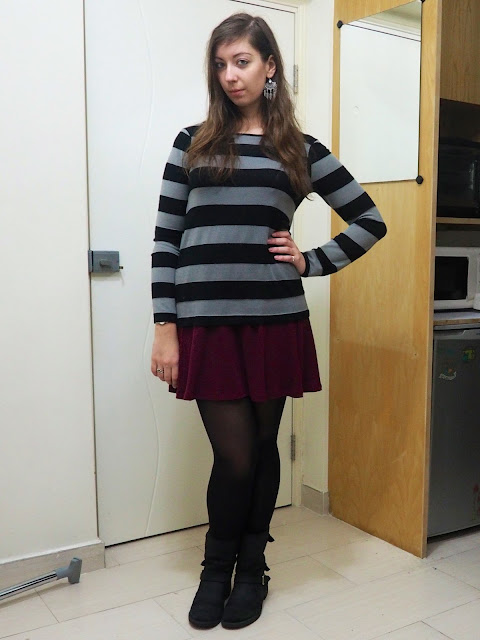 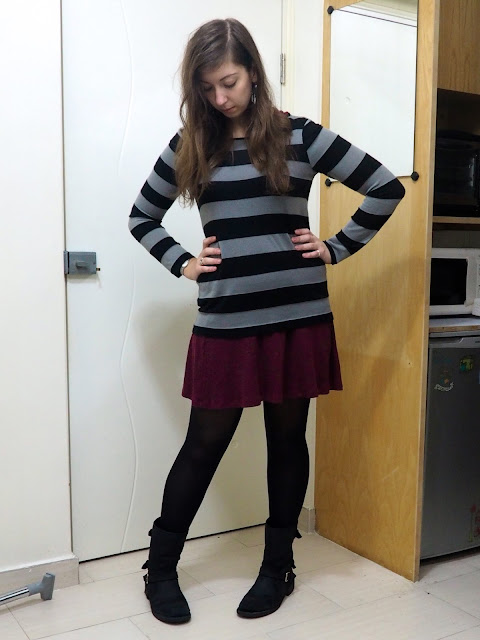