Five Web Series You Should Be Watching 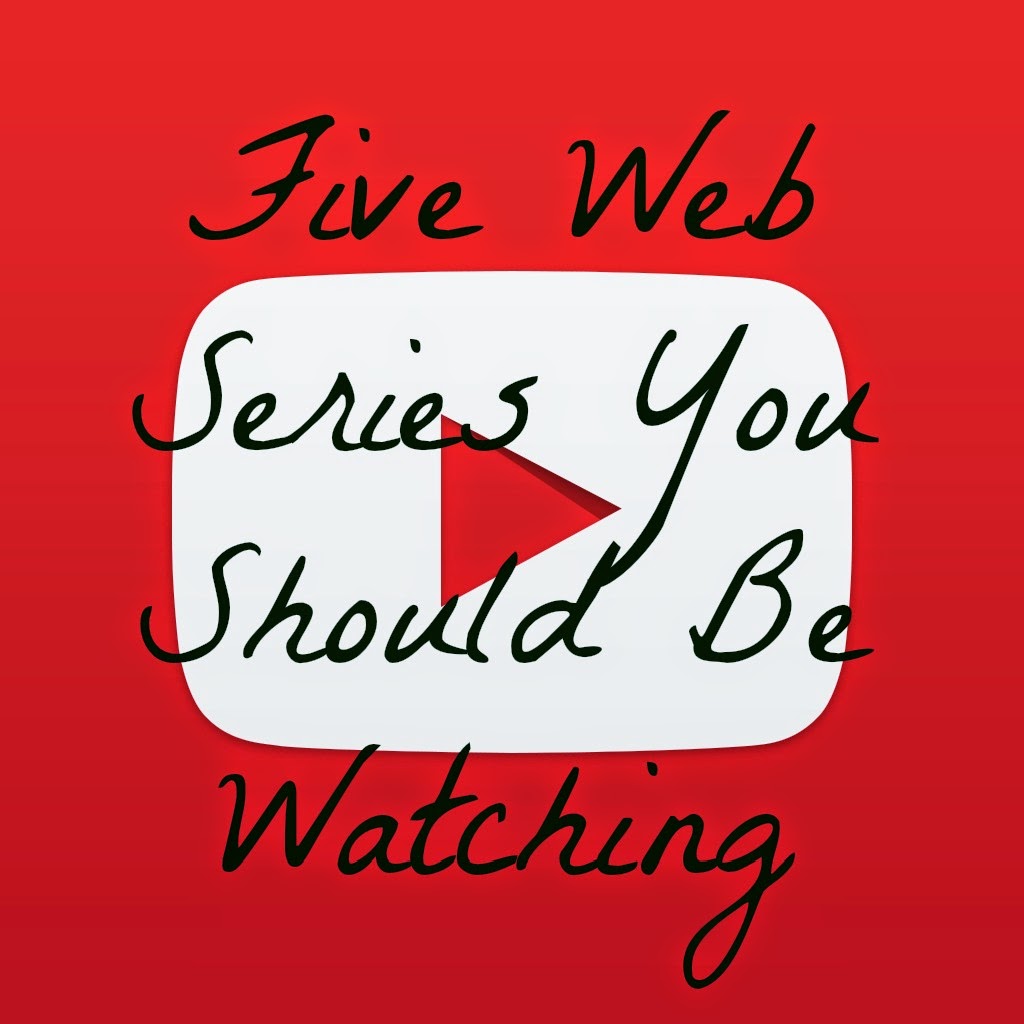 In the past few years a new genre of media has emerged, in the form of web series. Short episodes (under ten minutes) posted on YouTube once or twice a week in general, and many are literary adaptations. The internet gives people today so much creative freedom, so that many now have the opportunity to work on shows like these, which wouldn’t get made by television companies. They’ve also proved how engaging they can be though the development of transmedia, which can include characters having Twitter accounts, blogs and podcasts, to name a few. Today I’m going to share a few of my favourite series.

Where it all began, The Lizzie Bennet Diaries was the first major web series, a 100 episodes modern retelling of the Austen classic, Pride & Prejudice. And it’s so popular for a reason. The adaptation to the present day is superbly done, and the characters are engaging, complex and wonderful. The story is told via Lizzie’s vlogs, so it’s very character driven and you often hear about events through her, rather than witnessing them first hand, which works extremely well in a story about her prejudices, and makes us feel like we really know her. The series also included blogs from other characters, like Lydia and Gigi, allowing us to see more of all the wonderful secondary characters too. The web series has now finished, but DVDs and a novelisation of it have now been released.

Emma Approved was the second web series from Pemberley Digital, after the LBD finished, an adaptation of another Austen novel, this time Emma. Once again, the production and writing are excellent, adapting the story well to the modern world. Emma is a lifestyle coach, so her blogs are accompanied by blog posts, giving practical, real life advice. Told through vlogs again, this story is about Emma’s journey, which is a great one, as we really see her change over the course of the series. And while all of the cast members are good, it’s the chemistry between Emma and Knightley that really drives this show for me, as we all desperately willed them to get together. This series is also finished, having covered the whole book, but the creators have said they’re considering taking it further in future.
3. Classic Alice

Classic Alice is an ongoing series, and this time is not a literary adaptation, meaning it doesn’t have to end when it reaches the end of a book. It’s the vlog-documentary of college student, Alice, who decides to liver her life according to classic literature, including Crime & Punishment, Pygmalion and Macbeth. I love the idea behind this, as we get to see lots of different books applied to the modern world, and since it is not an adaptation, often Alice’s life doesn’t pan out exactly how things do in the books and stories intersect, keeping viewers guessing as to what could happen next. The characters are great, with Alice herself being very relatable and authentic, and the transmedia is excellent, with the show now running two podcasts on top of its episodes. I’m very excited to see where this story goes!

4. Kissing in the Rain

Kissing in the Rain was a short series created by Shipwrecked Comedy, featuring two chapters each with a pair of actors who continually found themselves kissing in the rain on set. This is not a vlog style series, as the first half of each episode showed them filming on set (often for literary adaptations), and the second showing what happened after “Cut!”. It is a mark of just how good the writing and acting in the series is that I could get so invested in characters who had around one minute of real (not acted) dialogue between them in each episode. The show also featured a great transmedia experiment, where viewers were invited to write stories about the characters between each episode, and the show’s creators chose which ones to make canon. This worked amazingly well, given that the episodes had already been filmed while these stories were being written.

In Earnest is the newest show on my list, and it took me a few episodes to really get into it, but now I think it shows great promise. Another literary adaptation, this time of the Oscar Wilde play, The Importance of Being Earnest. I’m familiar with the play, which gets more and more hilarious and ridiculous as it goes on, so I’m looking forward to seeing it all play out. The series features vlogs by several of the characters, primarily Ernest and Algernon for now (though Cecily has had one so far!), though all on the same channel (unlike LBD which had multiple). It’s still early days for this series, but I’m looking forward to seeing how they continue to adapt the story.