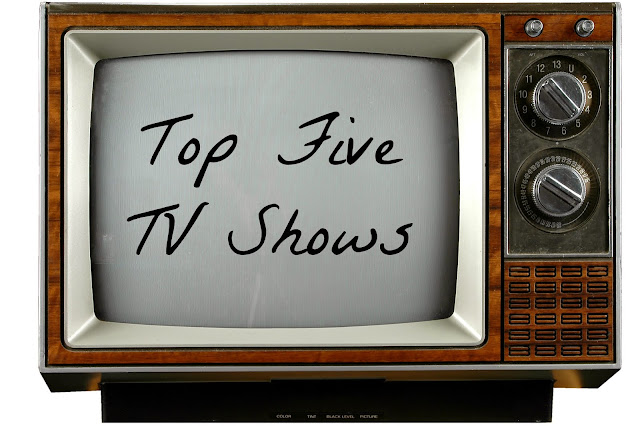 I’ll confess something to you: I’m a TV addict. It’s getting kind of ridiculous how many shows I try to keep up with really. I’m well aware of the dangers of too much TV, but when I’m stressed out about deadlines and exams, as I have been for most of this year, TV is my way of unwinding. I also watch far too many American shows, but if nothing else, I like that they’re on for a large chunk of the year, unlike a lot of British shows that only run for 10-12 episodes. Yes, yes, I know you’re all judging me anyway. Still, here are my picks for my favourite shows of the 2014/15 season – the ones I got most excited to catch up on each week.
5. Arrow
As I’ve said before, I don’t follow comic books, but I’m a sucker for superheroes, and I’ve been watching this since it started. Three seasons on, and it’s still great. I think I hit a slump with it halfway through this year, especially when there were other new shows taking my interest, but the last few weeks of its run were excellent. This year has definitely been darker in tone, and I enjoyed watching Oliver’s identity struggle, even if I wanted to slap him a few times. I also love that Laurel is finally getting a more prominent role, as she was a bit boring in the past, and of course, Felicity continues to be one of my favourite characters on TV, with her brains and wit, and charming awkwardness.

4. Modern Family
Most of the shows on this list are in their earlier seasons, as those tend to keep me more excited – sometimes longer running shows can get a bit stale for me, so it’s wonderful when one doesn’t. Even after six seasons, Modern Family is still fresh, fun, and quirky. Most shows I watch are dramas, but I like to have a few comedies as something lighter in between, and this is definitely my top choice this year. I especially love that there’s no main character, and such a big ensemble cast gets an equal share of stories, and all interact with each other.

3. Orphan Black
I don’t know if I will ever stop raving about this show. I know we’re only halfway through season 3, but I only started watching it this year, catching up on the first few seasons very quickly. It’s genius. I love a good mystery, and I have no idea where this show is going, but ever new twist and turn keeps me on the edge of my seat, and I’m fascinated about all the science going on behind it. It’s dramatic and thrilling, but there’s also a good sprinkling of humour on top. Tatiana Maslany is also a phenomenal actress in bringing each of her characters to life so uniquely – scenes where one pretends to be another are particularly outstanding.

2. Agent Carter
Peggy Carter might just be the most bad ass woman ever. The Marvel Universe is frequently male-dominated, so I was thrilled when they chose to make a series focussing on a woman for once. This show is driven by Hayley Atwell’s performance as Peggy, consistently demonstrating her incredible strength and bravery, especially showing her struggles as a woman in 40s. In some ways, I would have loved to see more than eight episodes, but the concise season meant the storyline was well developed and all linked together, without the ‘filler’ episodes longer running shows need. But at least we’ll get more of Peggy in season 2.
1. The Flash
If anyone wants a masterclass for how to create an outstanding first season, watch The Flash. Since I already watched Arrow, it was only natural for me to tune into this too. It’s lighter and more comedic in tone than Arrow (which I still completely love, but The Flash outshone it this year), which is fun and makes a nice change. Barry Allen is possibly the most likeable guy ever, so I’m always rooting for him. The supporting cast is also excellent, and none of them irk me (rare for a show, usually there’s at least one), and the whole show has a great combination of action, drama, and romance, and storylines that keep me guessing. I can’t wait for whatever’s coming in season 2!

Let me know what your favourite TV shows this year have been!